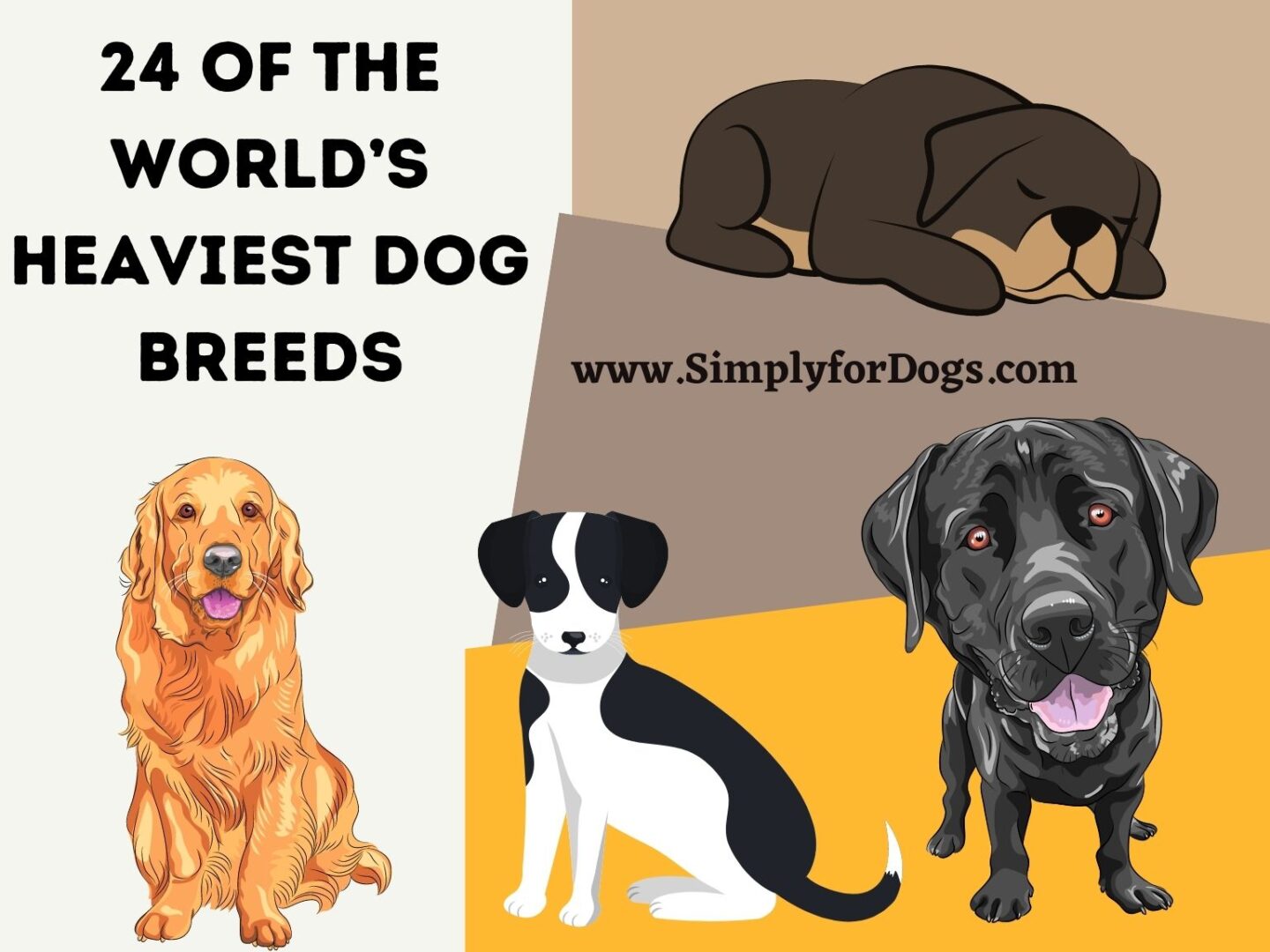 Anyone who reads my posts knows that I love big dogs. That said, though, my Boxers aren’t actually all that huge; there are any number of breeds that are bigger, and heavier. So, what are the world’s heaviest dog breeds?

There are actually quite a few, and the weight can vary significantly. Just as an example, I have a friend who has an English Mastiff that weighs 220 pounds. But when you compare him to Zorba, the English Mastiff record-holder who weighed in at 315.5 pounds, my friend’s dog looks pretty puny.

Is this the exception? I’m thinking maybe not. So, let’s take a look at some of the world’s heaviest dog breeds. Sometimes, these are also the tallest dog breeds. There can be a lot of overlap, though, so rather than going from heaviest to lightest, or vice versa, I’m going to do this alphabetically. You might know of dogs in certain breed categories that top the charts. Or others that might be extremely tall but not all that heavy. Or the other way around. Whatever. Let’s just have fun with this.

Again, I’m not going to go “smallest to largest” or “largest to smallest” since there can be so much variation. Instead, I’ll go alphabetically in the interest of fairness.

There have been so many big dogs over the centuries and many that have “topped the scales.” Generally speaking, though, a “giant” dog would be considered one that weighs more than 100 pounds. Or one that is very tall.

Let’s put it in perspective, though: the biggest dog ever was Benedictine, a Saint Bernard who weighed an astounding 366 pounds! That’s like at least two heavy humans combined!

Of course, not many dogs are going to make it into that category, but let’s go a bit deeper, and look at some of the world’s heaviest dog breeds. Would you like to own one of these guys?

The Akbash is a guarding and herding dog that was bred in Turkey. Usually, this breed weighs 75-140 pounds, which could put it on the medium end, or on the large end. Temperament-wise, Akbashes are usually pretty calm, but they can be very protective. 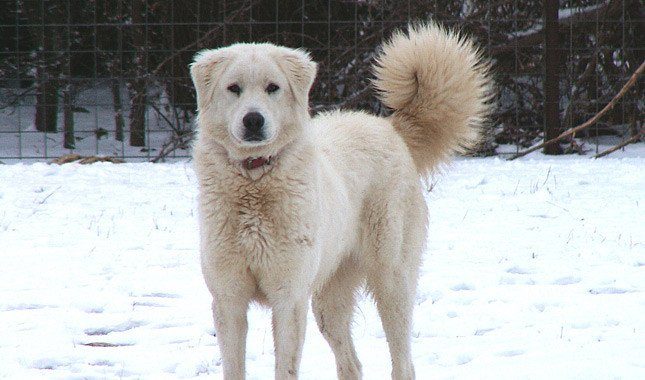 The Anatolian Shepherd is another dog that originated in Turkey. It’s a very old breed, perhaps as old as 6,000 years. Usually, the Anatolian will weigh no more than 150 pounds. They’re very protective, and need a lot of socialization. 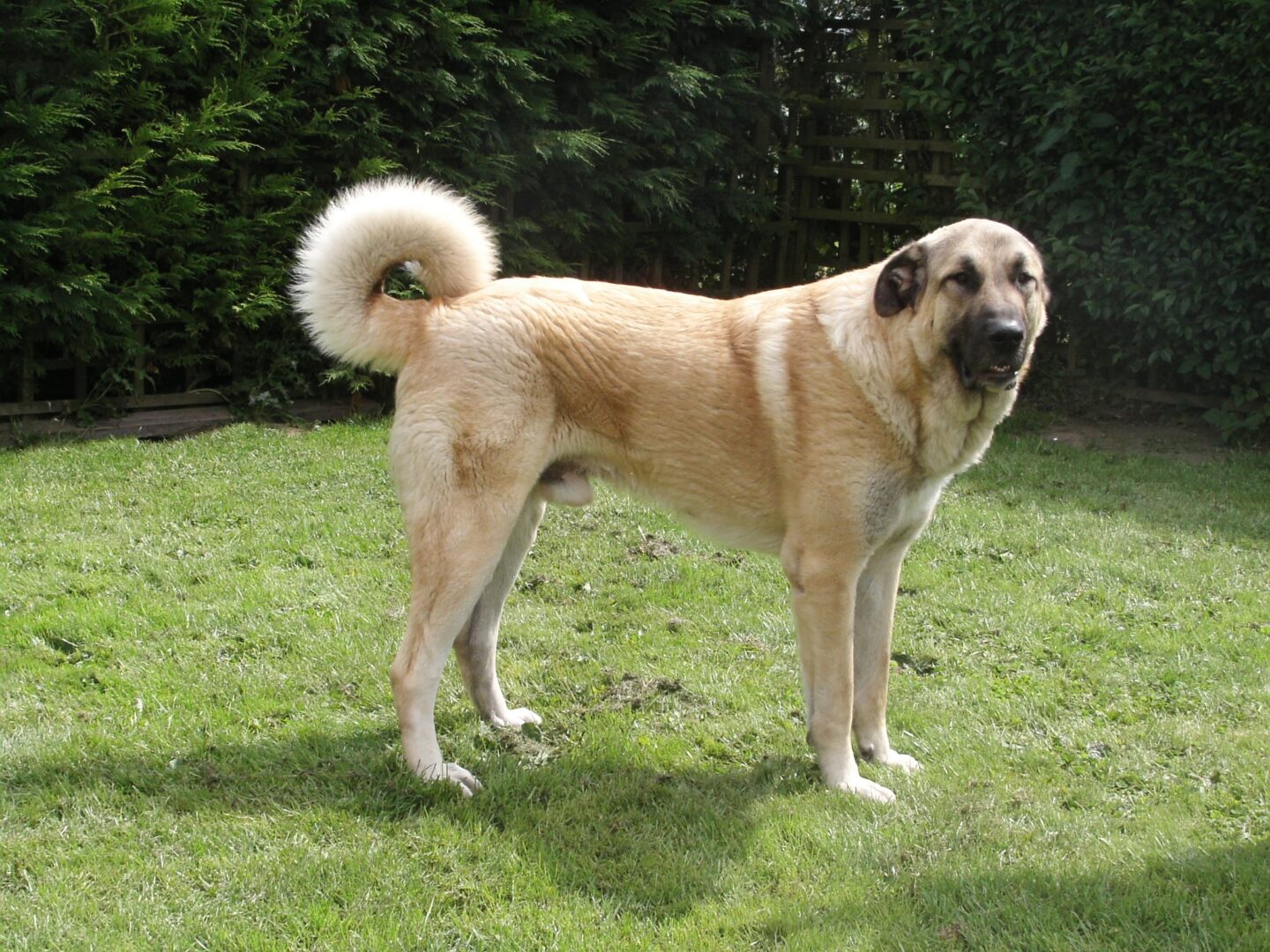 The Bernese Mountain Dog was originally used for farming. The breed is heavy and large, and usually weighs around 125 pounds. They tend to be calm, docile, and good with other pets and kids. 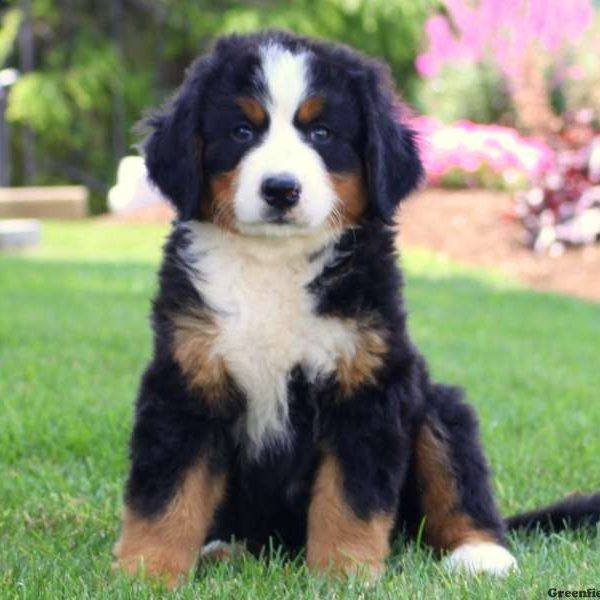 This is another big, solid guard dog. The Boerboel has his origin in South Africa. He is typically smart and obedient but very territorial. 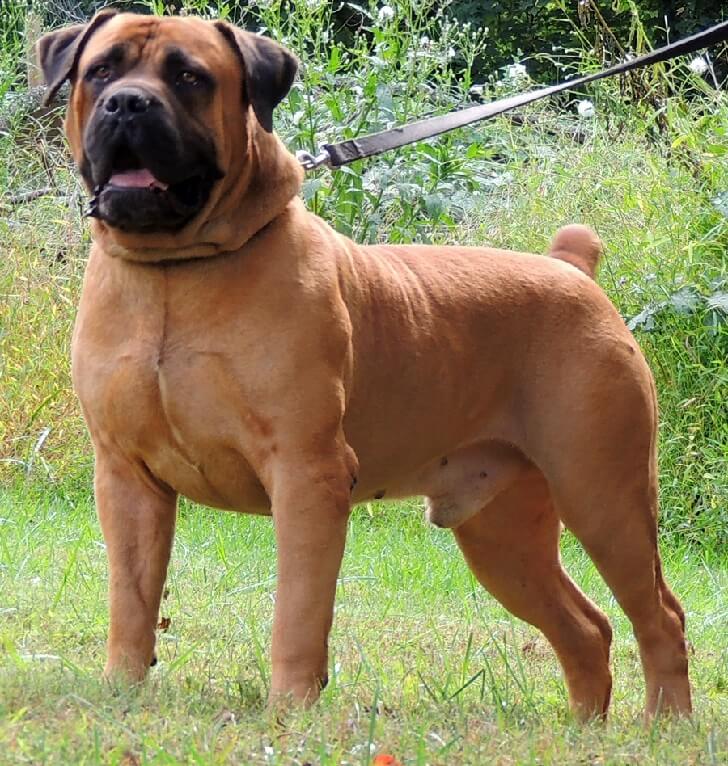 This dog is also sometimes called the Pakistani Mastiff. He is usually white in color but might also be black, brown, fawn, or brindle. This dog can weigh up to 250 pounds, which definitely puts him in the category of the world’s heaviest dog breeds, but he is usually friendly and very trainable. 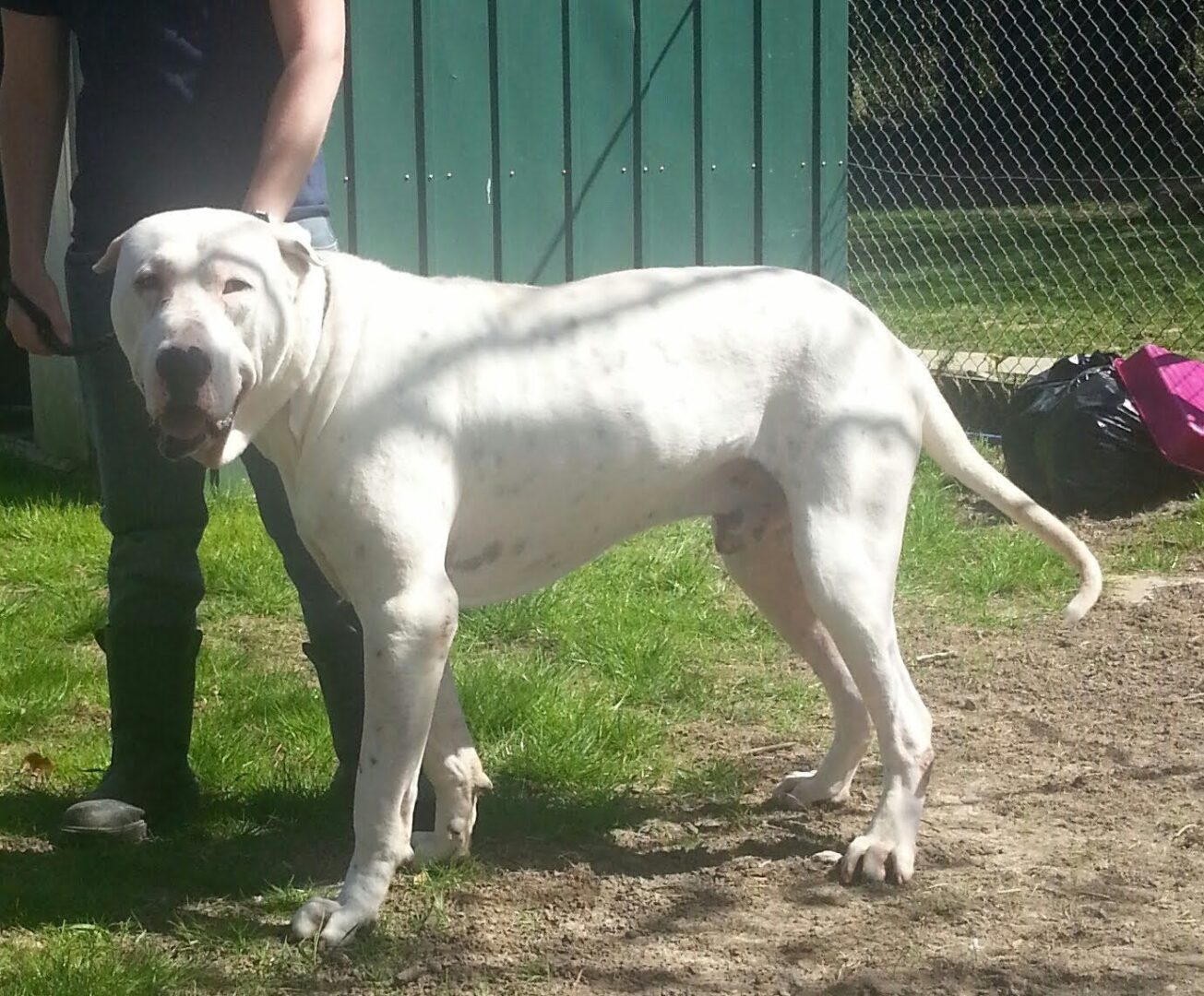 Here is another hunting and guarding breed. This type of dog makes an amazing guardian and hunter, and weighs up to 110 pounds. This dog is very well muscled and highly confident. 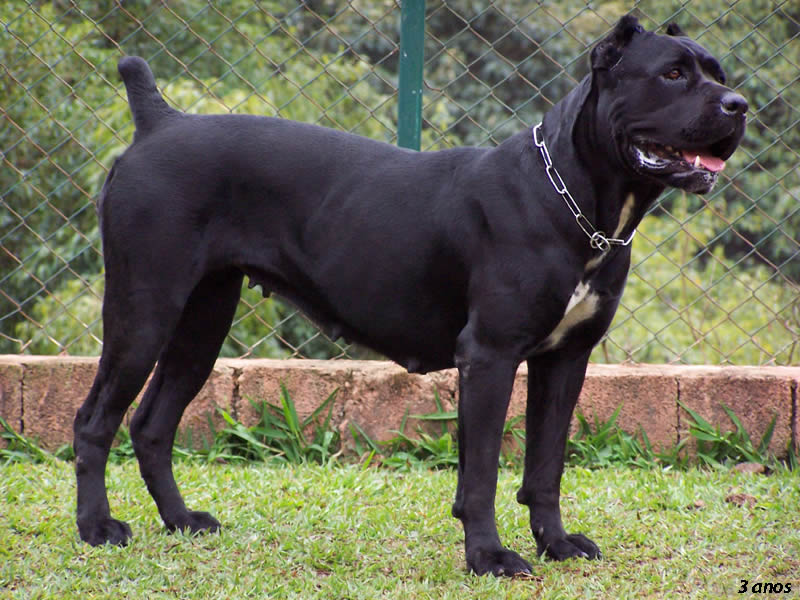 This is a strong-boned dog that can weigh up to 110 pounds, so he certainly fits in the world’s heaviest dog breeds. This dog is tough and strong, and although generally friendly, not anyone’s idea of a lap dog. 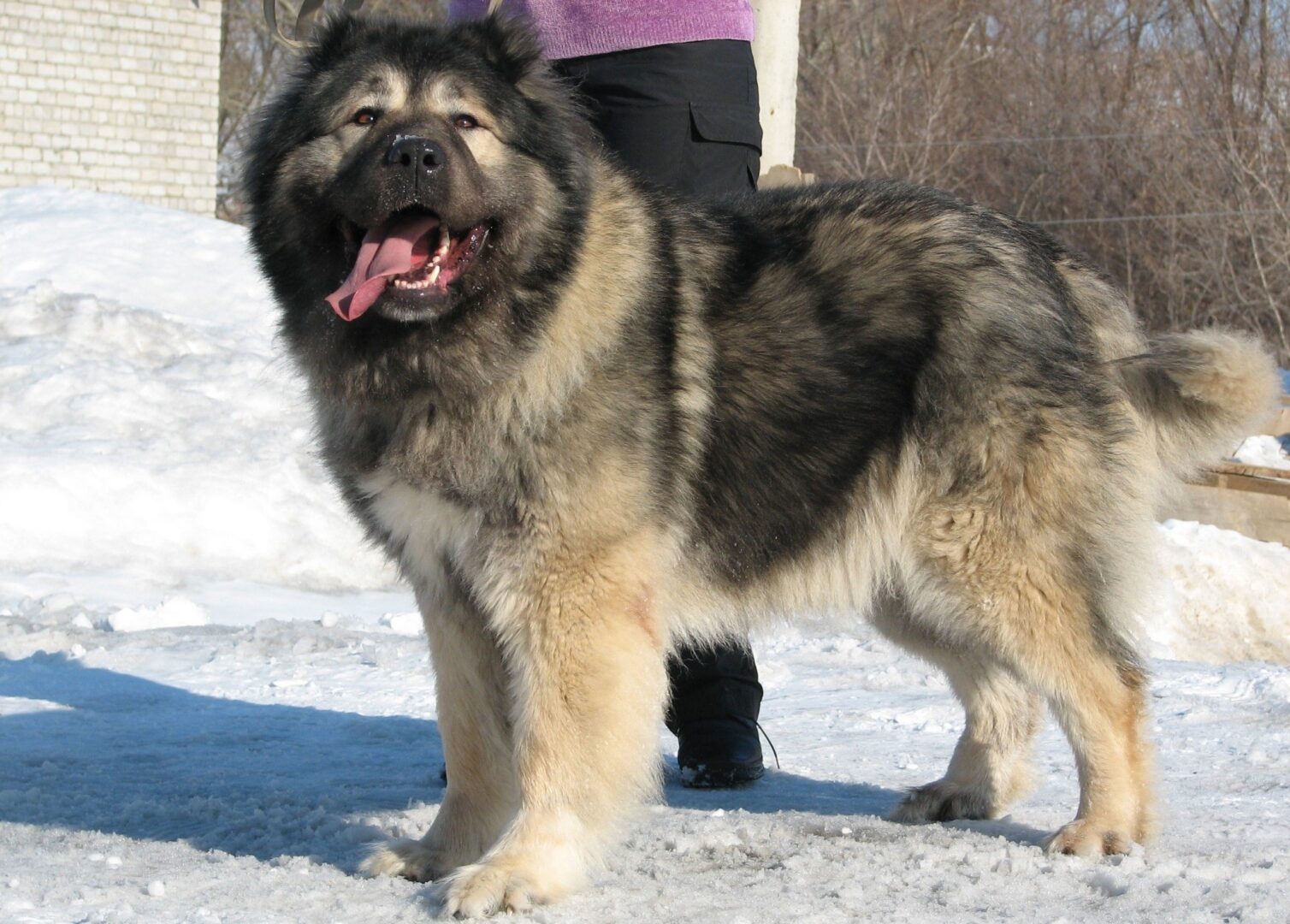 The Dogue de Bordeaux, also known as the French Mastiff, is an absolute sweetheart. This dog is very powerful and muscular, and definitely among the world’s heaviest dog breeds weighing in at about 150 pounds. This dog is a gentle giant, though. 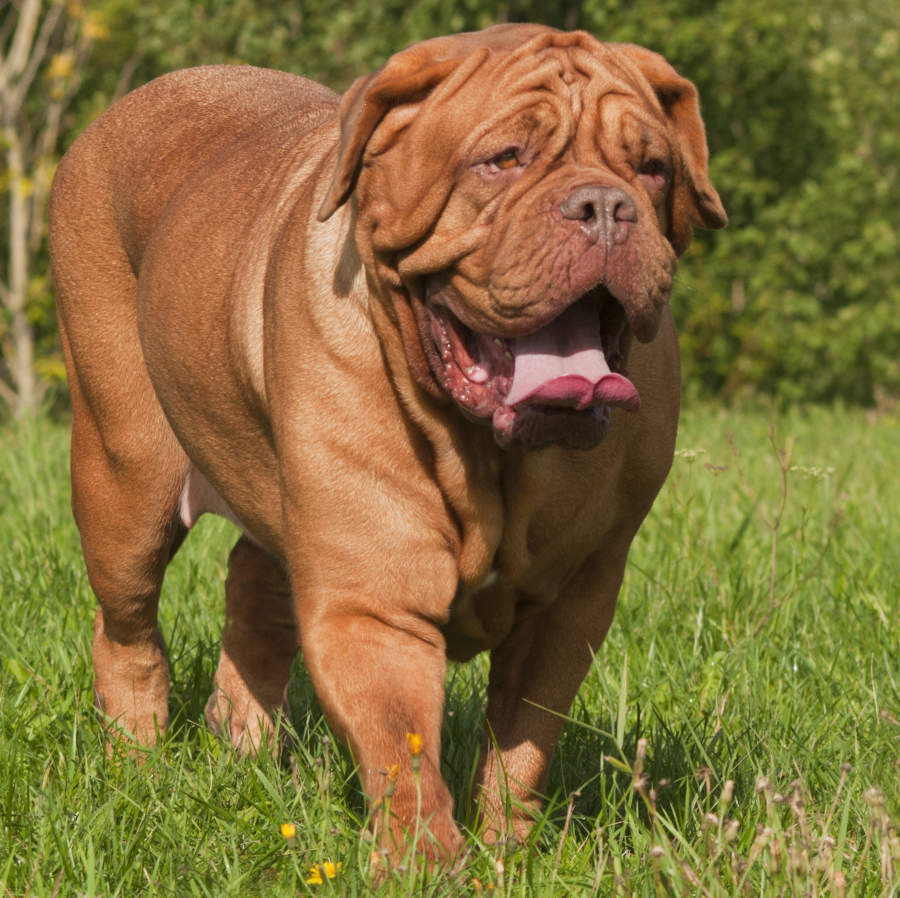 These dogs were bred in Argentina, mainly for the purpose of hunting big game. They have a very high prey drive, and because of that, are best left to experienced dog owners. They usually weigh 125 pounds or more. 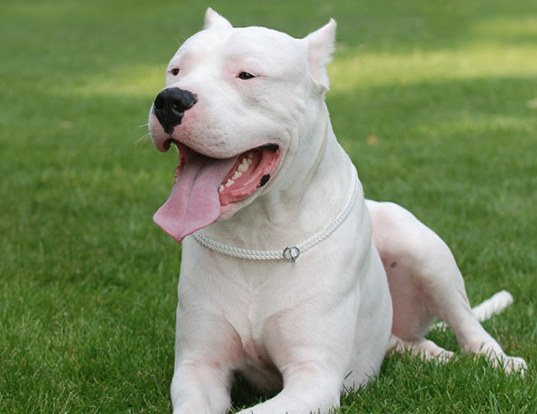 These are big, sweet, lazy dogs. They’re among the biggest dogs in the world and can weigh upwards of 250 pounds. As we have seen in the case of Zorba, though, it’s not unheard of for an English Mastiff to weigh even more.You might think that a dog of this size would make a great guard dog, but you’d be wrong. English Mastiffs are big snuggle bugs who would far rather just hang out with their people. 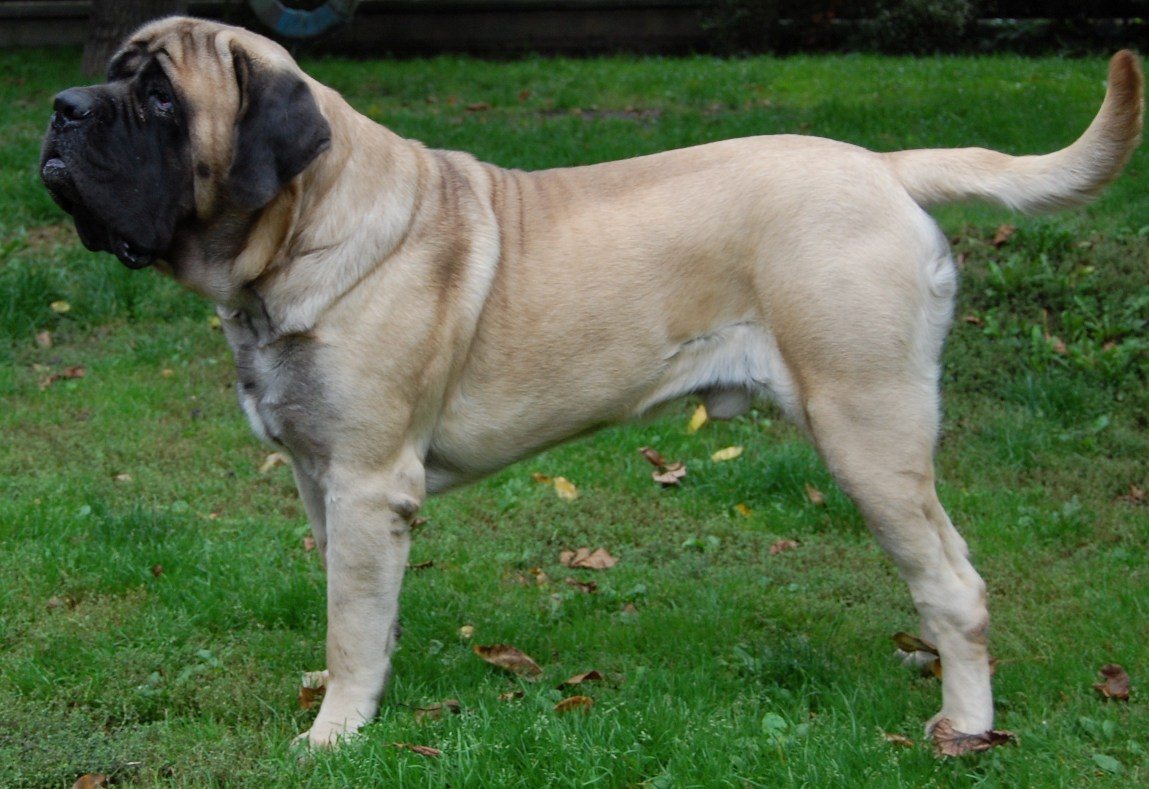 This is another huge breed of dog that would prefer to just snuggle. What pleases a Dane most is cuddle time with his human. If you’re worried about your safety, people might stay away from you because of the size of the dog, but realistically, he’s not going to be much of a threat to anyone. 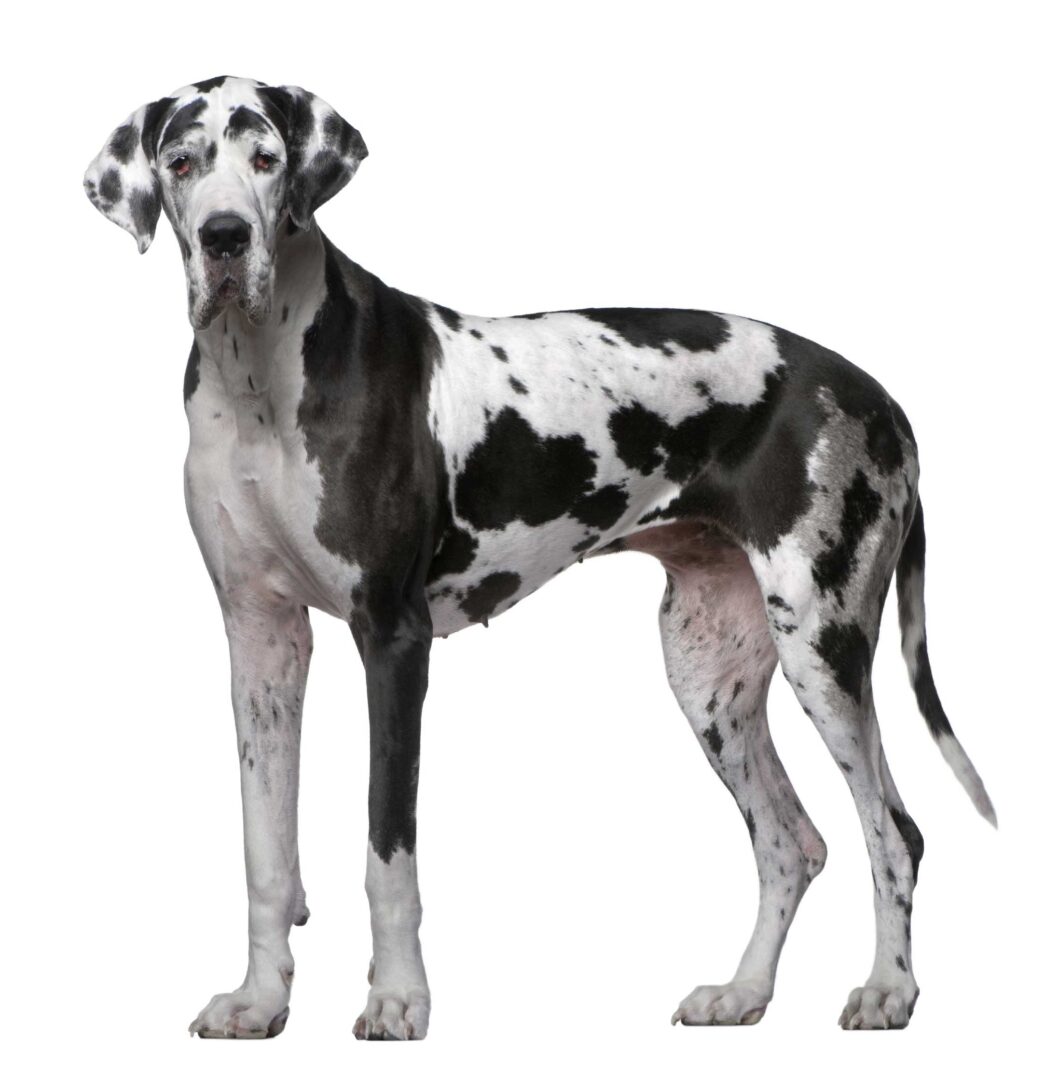 This is another big dog that’s very robust, but so sociable that he doesn’t make much of a guard dog. 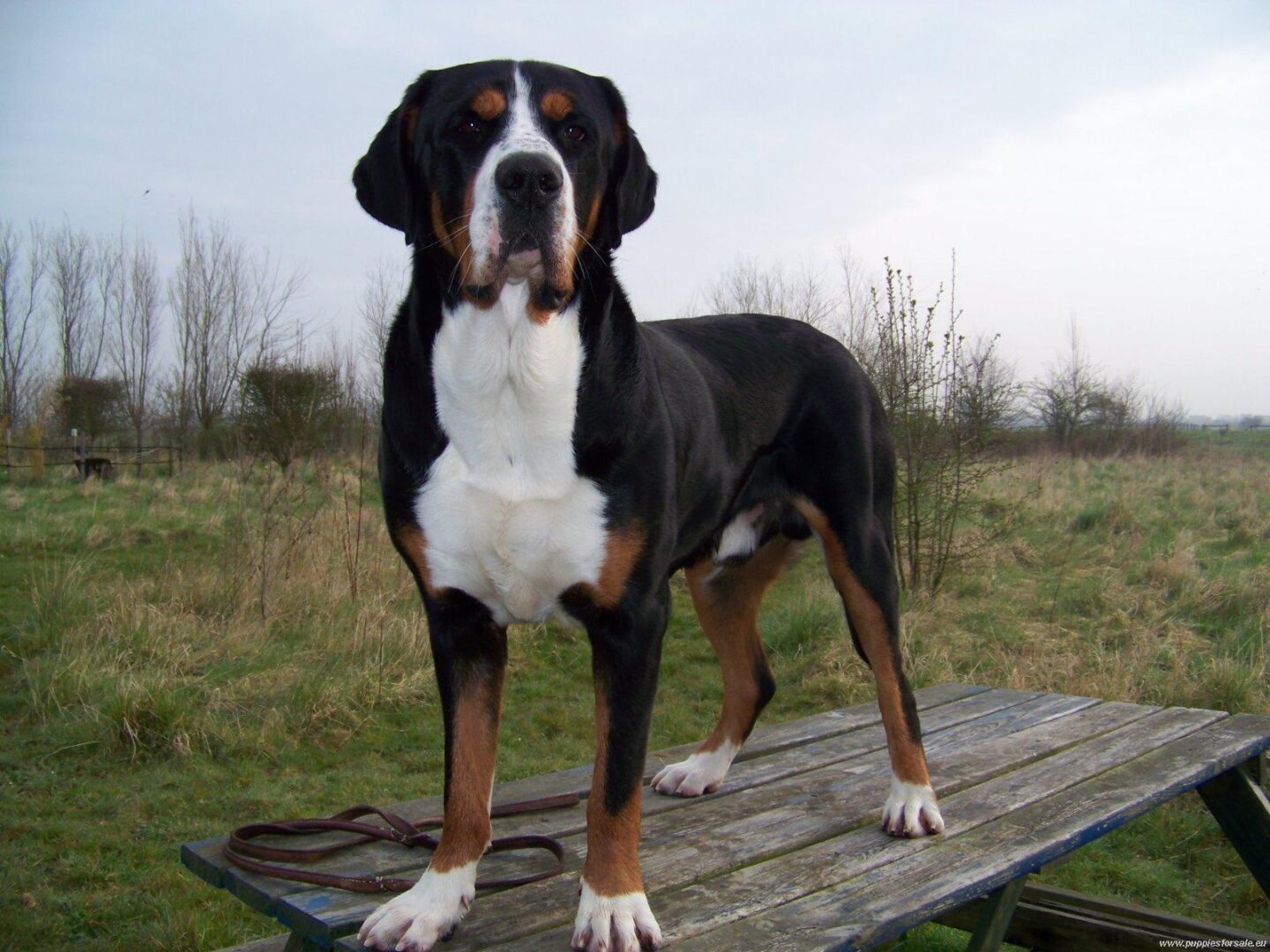 Irish Wolfhounds are very tall – usually about 34 inches – and a very old breed (perhaps as old as 7,000 BC). Despite their height, though, they only weigh about 120 pounds. This is still pretty respectable, though, when you’re talking about the world’s heaviest dog breeds. They’re also not much in the way of guard dogs, too, since they don’t have a lot of aggression. 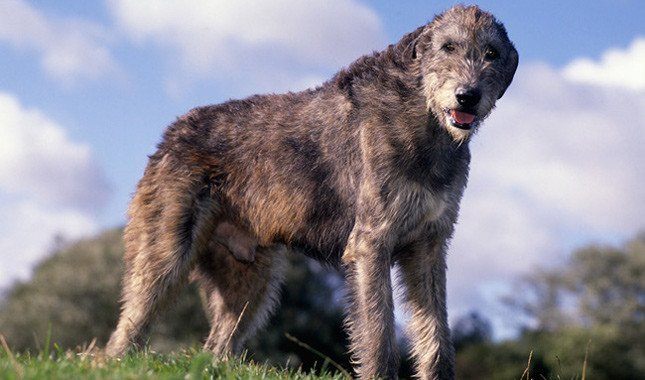 This is a dog that was bred to guard livestock. The breed originated in Turkey, and typically runs between 120 and 145 pounds. This is a very agile, fast, protective dog, so if you own this type, you will have to make sure that it is properly socialized. 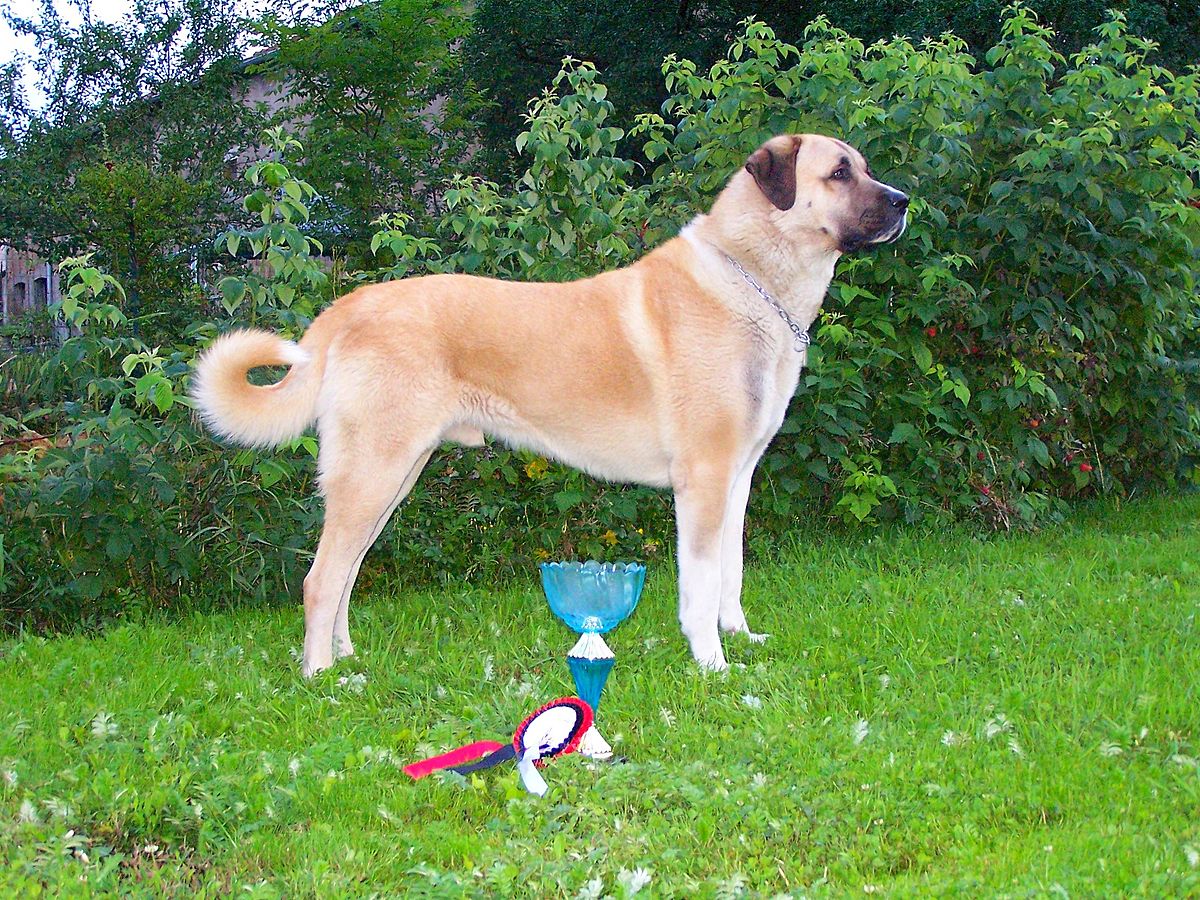 This is a very powerful dog that has also been bred to guard livestock. It has a long coat and can weigh up to 130 pounds.

This is a very old breed, originating in Hungary for the purpose of guarding livestock. It’s a very robust dog, and actually believed to have something of a sense of humor. 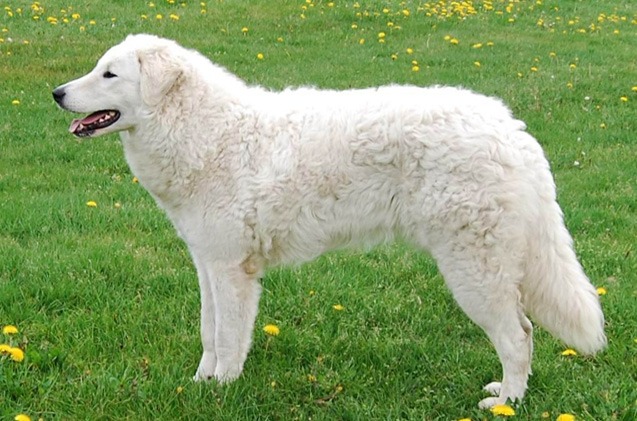 This is a very large dog similar to the Newfoundland. Males can actually weigh in at over 180 pounds. The Landseer has a very sweet disposition and is easy to train. 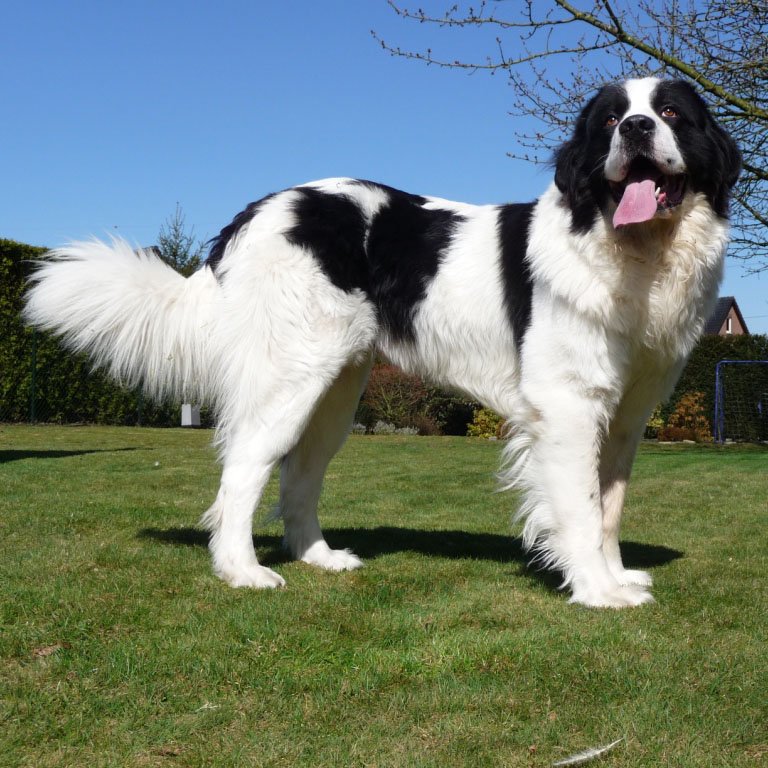 TheLeonberger is often called the gentle lion. This dog tops out at about 150 pounds and is loyal, playful, and intelligent. 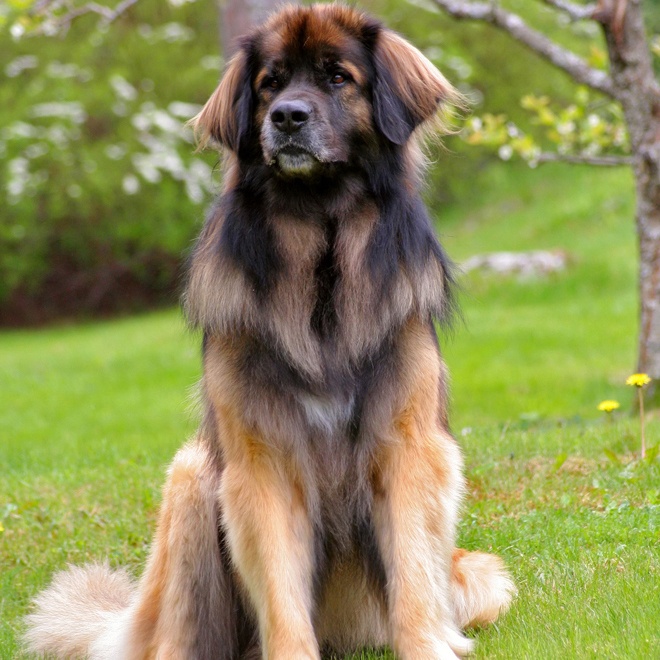 The Neapolitan Mastiff is not a true Mastiff – just a mastiff-like dog. It’s still pretty big, though, weighing in at about 130 pounds. This is a very protective breed, very devoted to his family, and very intelligent. 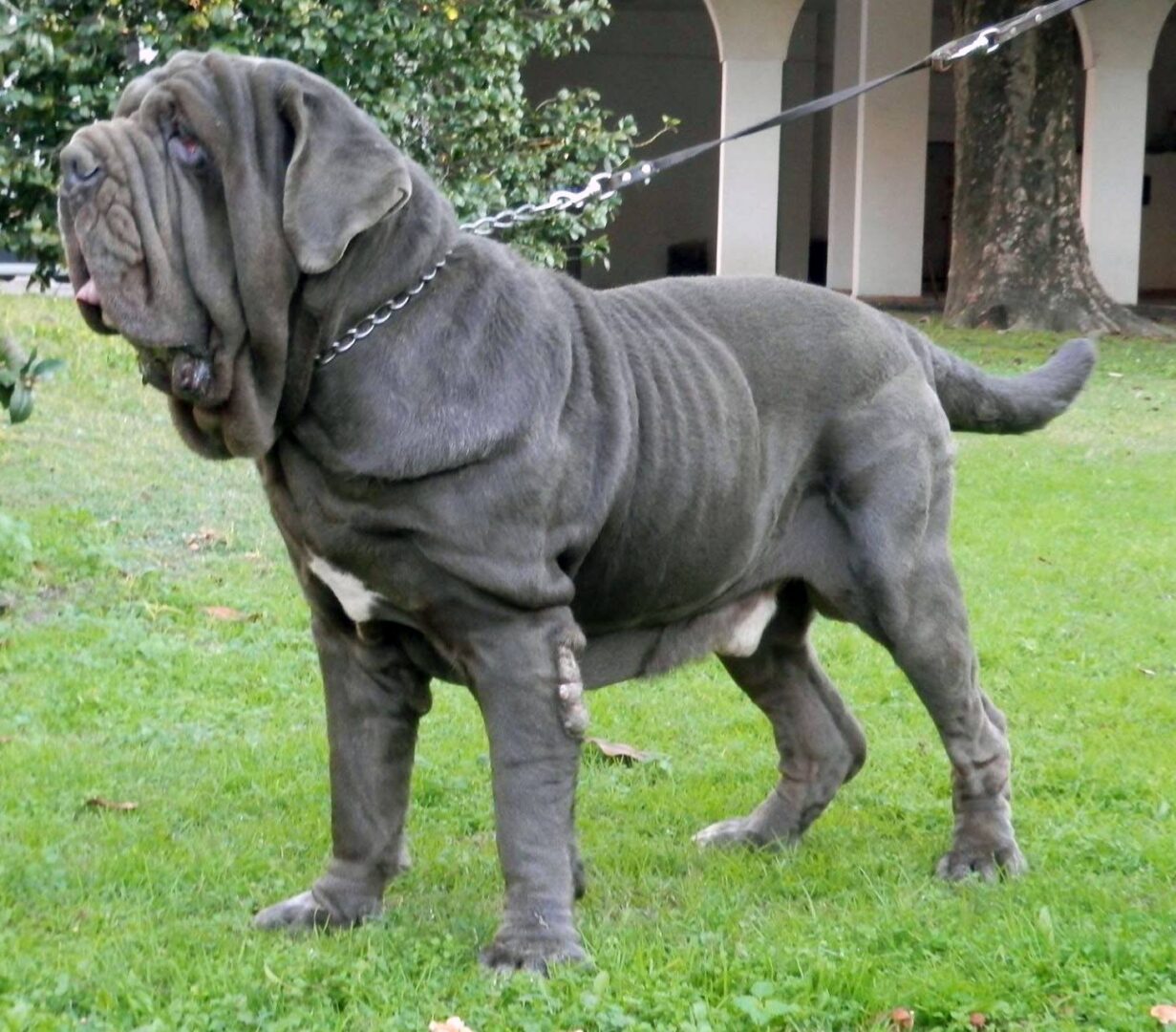 Here’s another working dog, famous for his devotion to his family. The biggest Newf on record weighed 269 pounds, although the average is about 200. This is an incredibly loyal breed. 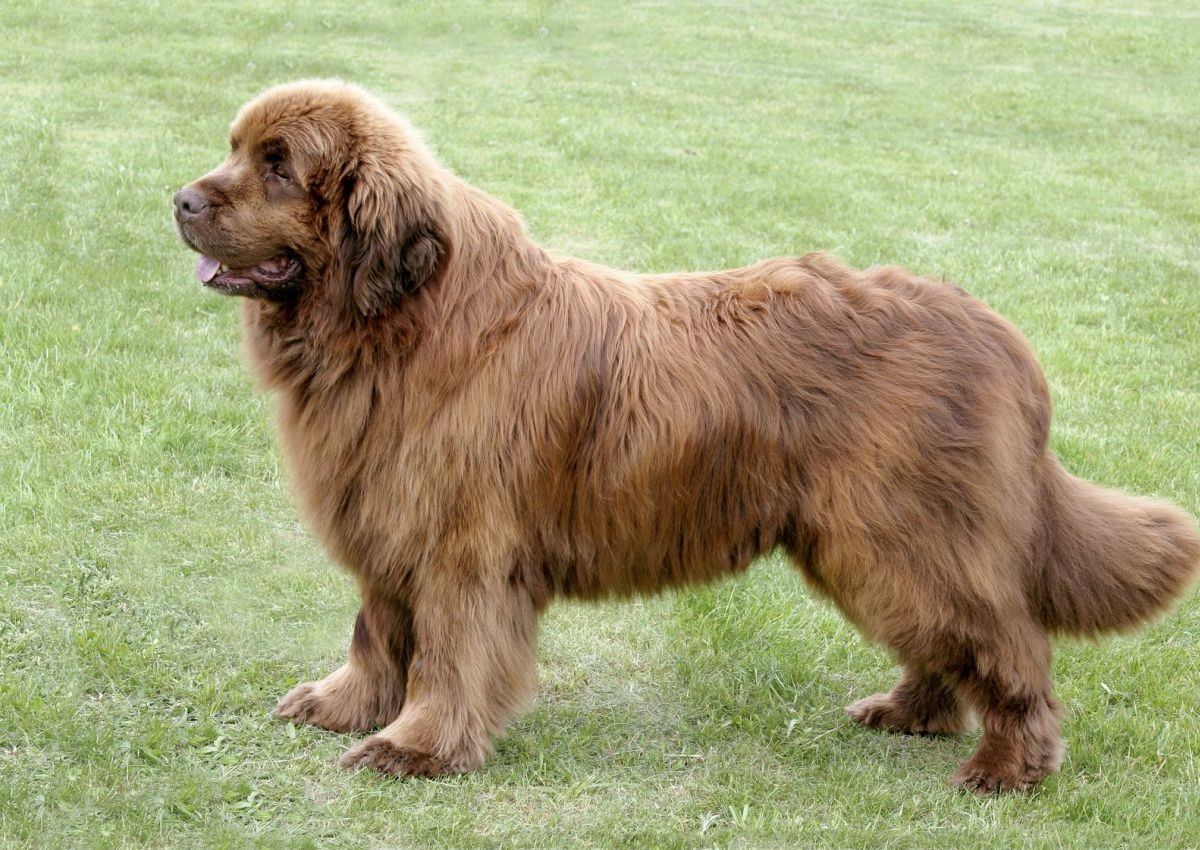 The Russian Black Terrier is believed to be a mix of several breeds, and is a very smart, confident dog. The only trouble with the breed is that it’s prone to hip dysplasia and other issues that plague large dogs. 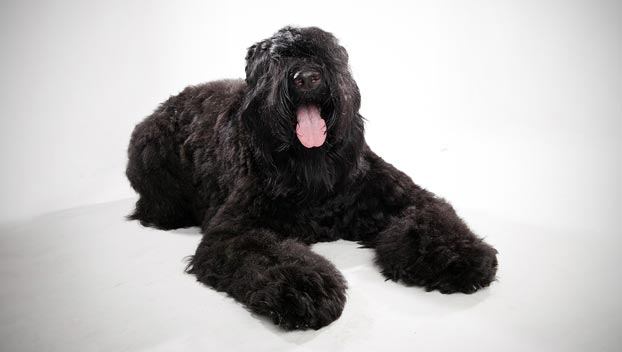 You know these guys. They’re bred for rescuing people in avalanches and other snowy mountain situations. These are huge dogs that can weigh well over 200 pounds and stand 3 feet at the shoulder. Saints have actually been credited with saving about a hundred human lives in dire mountain conditions. 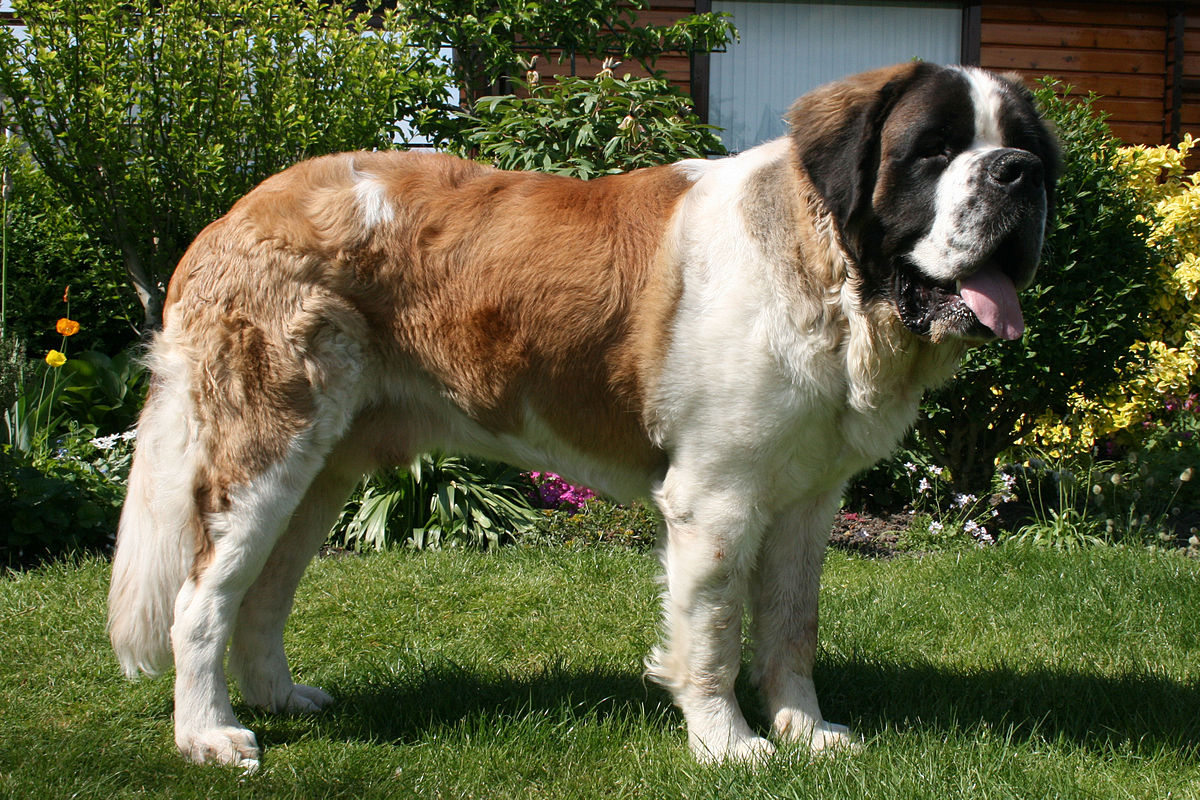 This breed of dog is a hound, bred originally to hunt game. These dogs can end up weighing about 110 pounds. 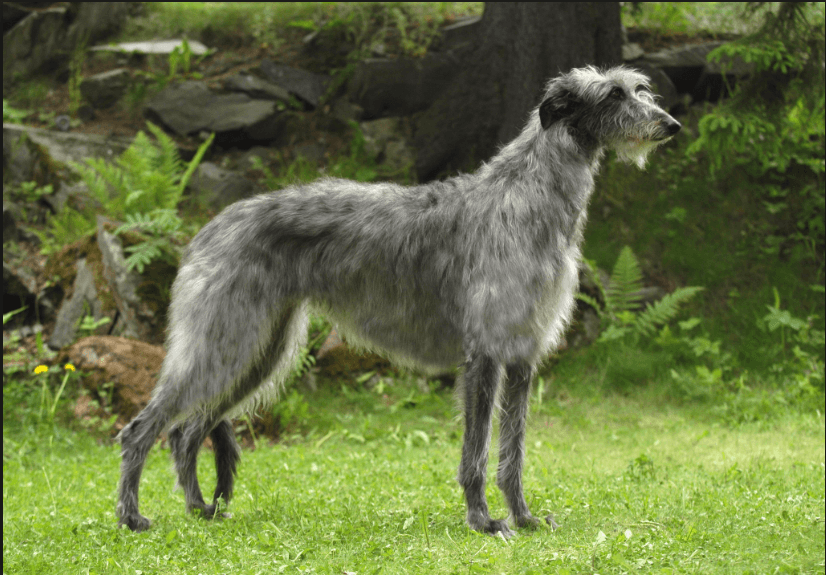 These dogs were originally bred by nomads. They’re big, solid and muscular, but like the Neapolitan, they’re not true mastiffs. They were originally bred for fighting, despite their peaceful nature. They can grow to be as big as 160 pounds, so they definitely deserve a spot on the world’s heaviest dog breeds list. 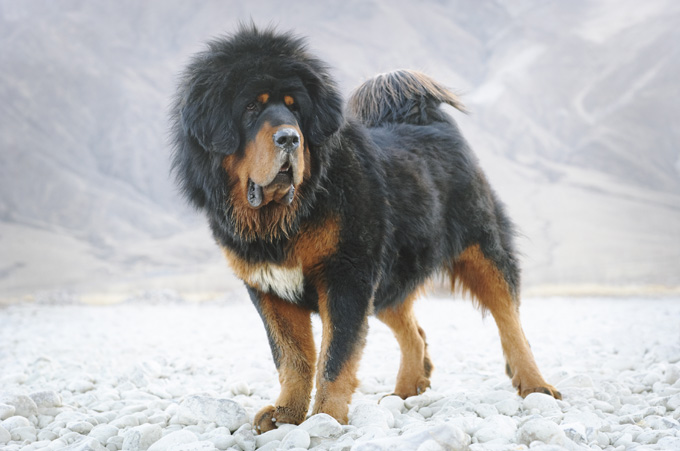 So, there they are – the biggest of the big dogs. As you can see from these brief descriptions, some have a little aggression to go along with their size, and would make superlative guard dogs. Others are pretty much just big marshmallows! With proper care and effective socialization, though, any of these world’s heaviest dog breeds would make outstanding companions for the right owner.