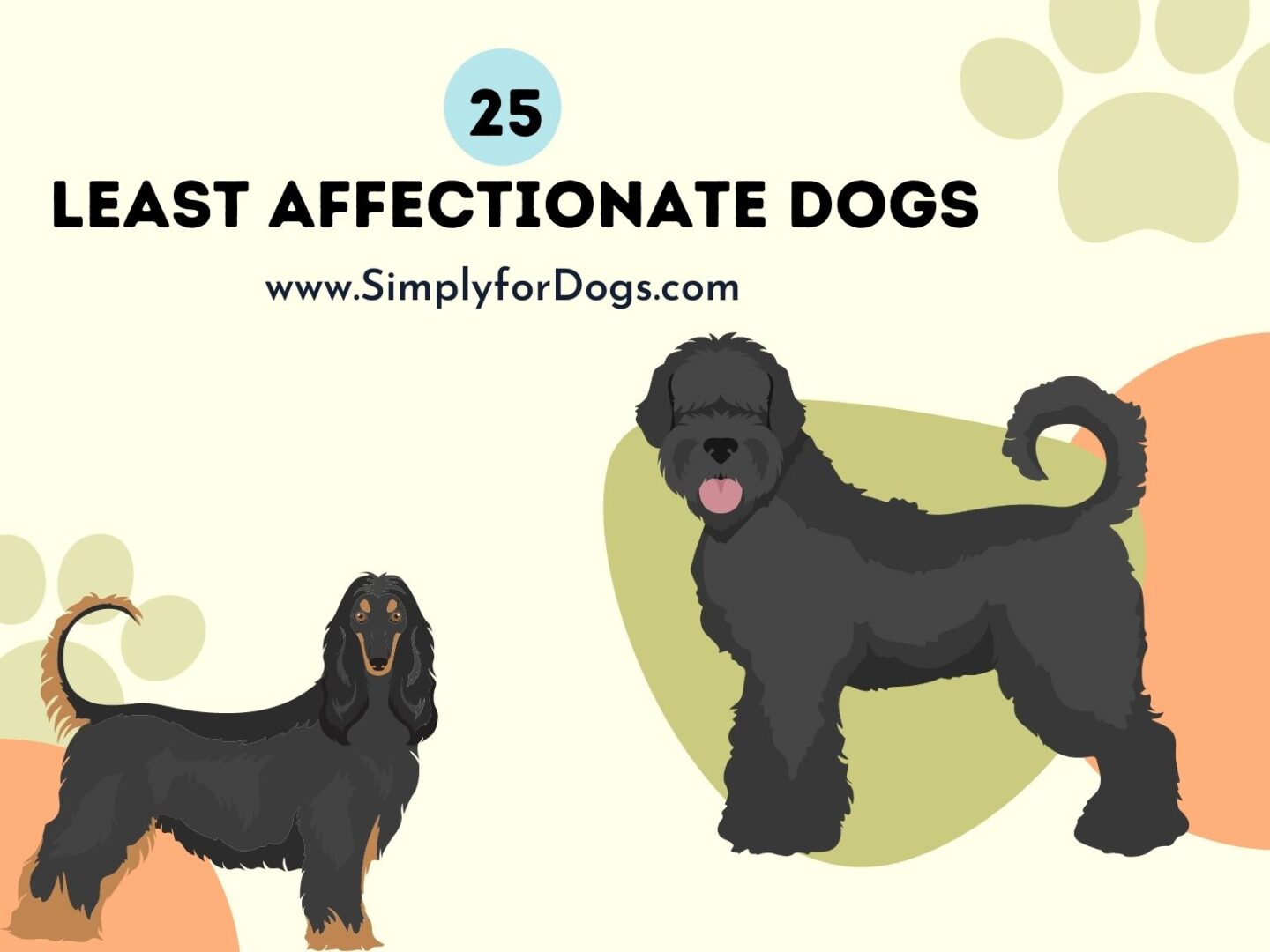 My dogs are beyond affectionate, sometimes to the point of causing me pain. It’s not an easy thing, having a full-size Boxer decide that your lap is just the most perfect place to be, but I love Janice and Leroy so much that I’m okay with having them climb into my lap.

When I end up with bruises on my thighs and pain in my hips, though, sometimes I wonder if I might be better off with dogs that are a little less affectionate.

The thing with Boxers is that they’re very invested in the love and approval of their owners. That’s what makes them over-sized lap dogs! If you’d rather a breed of dog that will give you a bit of space, though, there are better choices.

I’ve compiled an alphabetical list of the least affectionate dogs. Keep in mind, though, that the dogs on this list are by no means surly or unsociable. They can be very affectionate, but they often want a little bit of time to themselves.

Actually, it’s not really fair to say that these dogs aren’t affectionate. Perhaps “most independent” would have been a better term.

Oh well, potayto/potahto. Here they are.

The Afghan Hound is a regal-looking dog, originally developed to hunt in the mountains and deserts of Afghanistan. They tend to be independent, and a bit aloof. If you’re an independent sort who wants a dog that matches your personality, the Afghan Hound might be the right breed of dog for you. 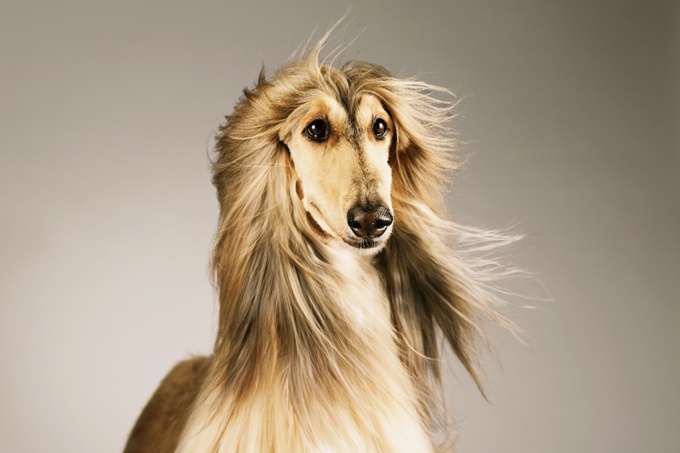 The Alaskan Malamute makes the list of least affectionate dogs simply because he’s not going to obey you just “because I say so!” This breed of dog needs a strong leader, and most Alaskan Malamutes will not respect an owner that isn’t comfortable being the “alpha” in the relationship. If your Malamute doesn’t respect you, he will probably be stubborn and uncooperative. 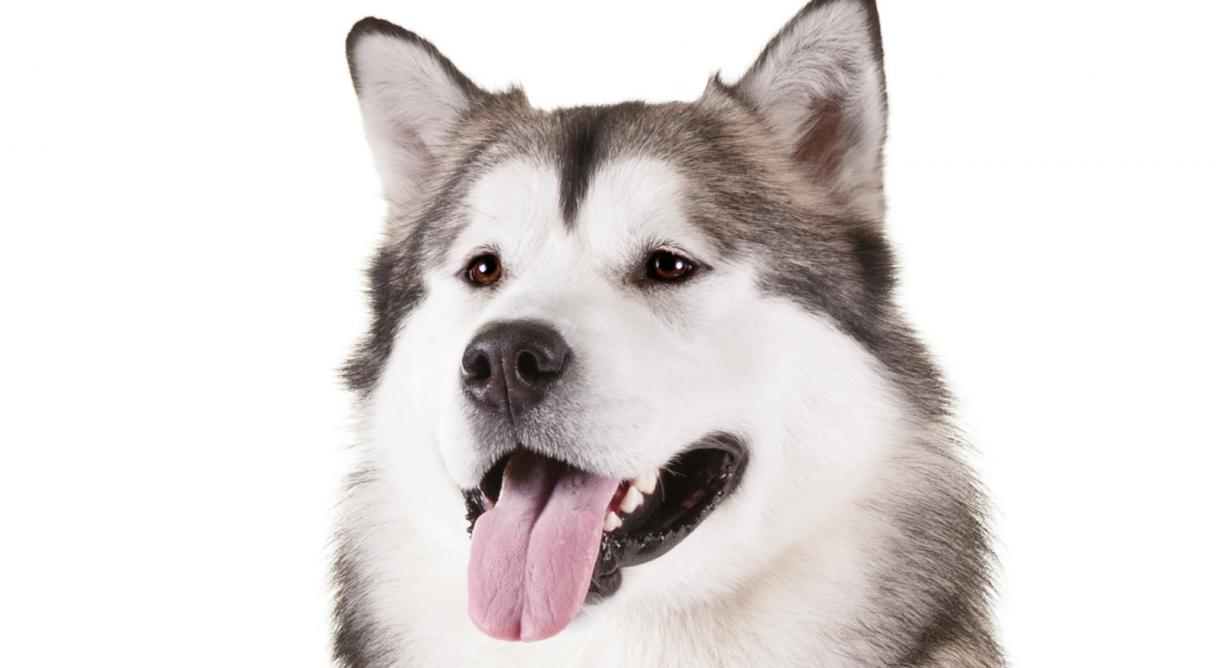 Australian Shepherds are hardworking, very smart, and usually happiest when they have a job to do. They’re among the dogs that are least affectionate around strangers, which makes them ideal for protection. They’re also a bit “barky,” so if anything untoward is going on in your neighborhood, you can rely on your Australian Shepherd to sound the alarm. 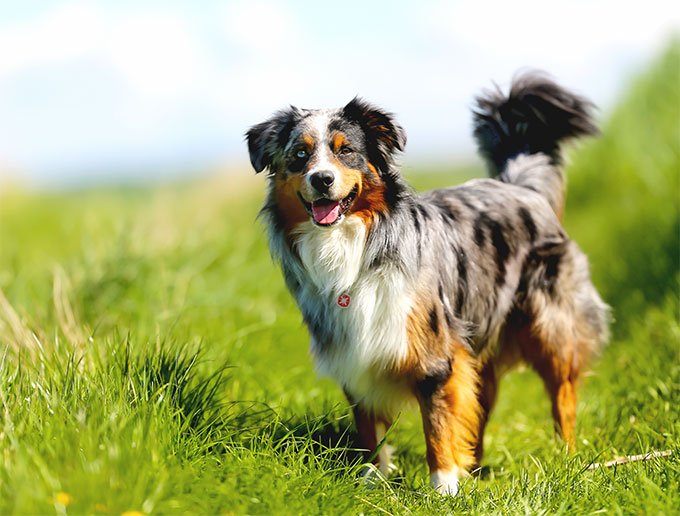 Basenjis are highly intelligent and very curious. They do tend to like to be the boss, though, and sometimes this translates into a perception of them as being among the least affectionate dogs. They can be hard to train, and are not well suited to inexperienced owners. 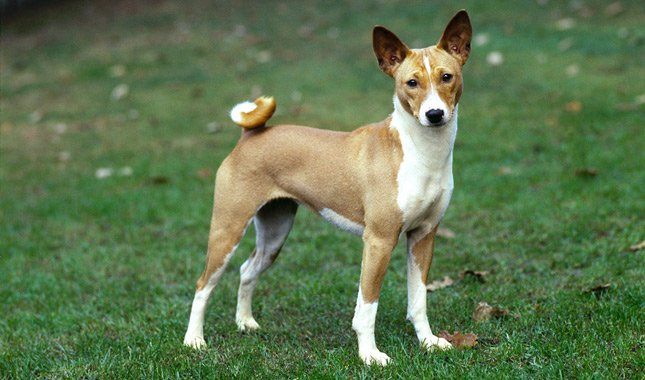 This is a working dog breed that is very confident and calm. The Black Russian Terrier is often suspicious of strangers, and can be relied upon to protect his family. They’re not exactly “huggy” dogs, but can be affectionate with people that they have come to know and trust. 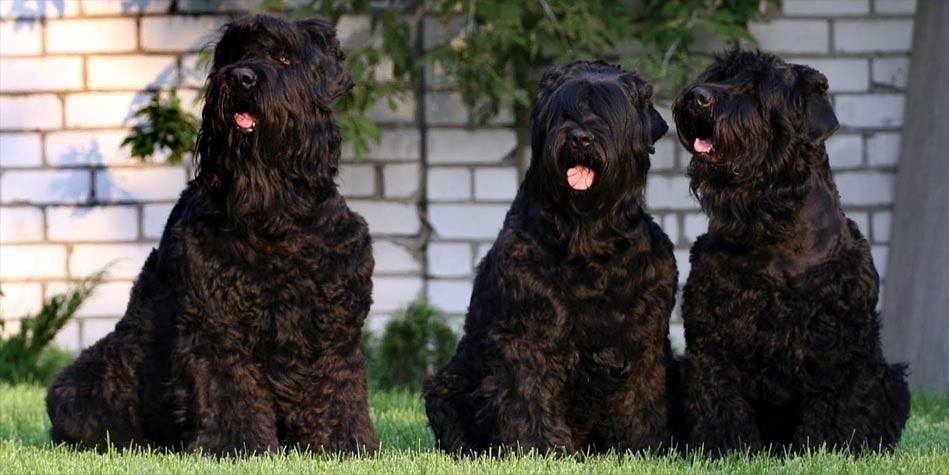 Bloodhounds can be affectionate, but they’re also very independent. This is actually a good thing, because the breed is often used for tracking. An ability to work without supervision is a very good trait in a Bloodhound. 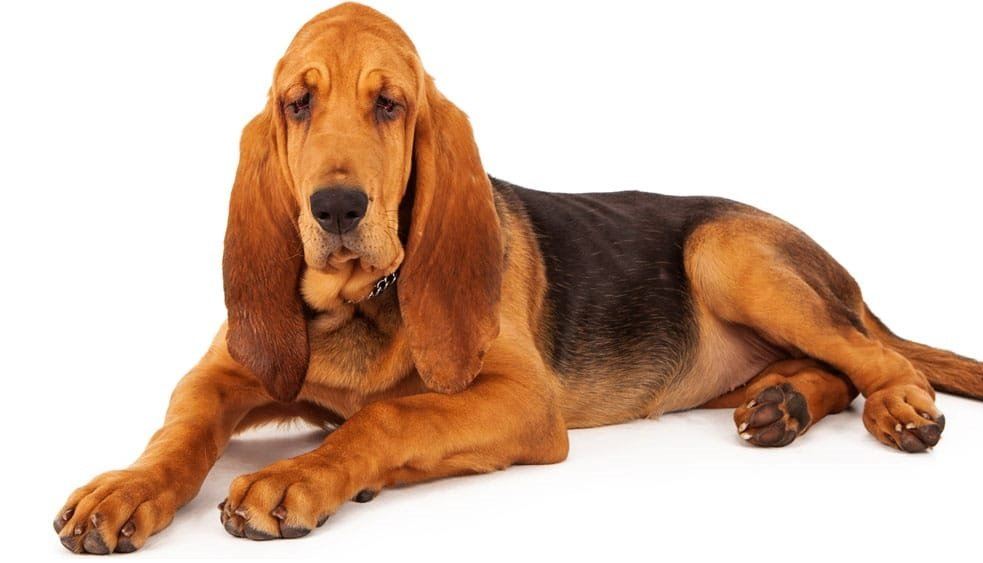 Border Terriers are highly energetic, and very strong-willed. This independence earns the Border Terrier a place on the list of least affectionate dogs, but keep in mind that with the right owner (meaning someone who is okay with being the alpha), the Border Terrier can be a loving companion. 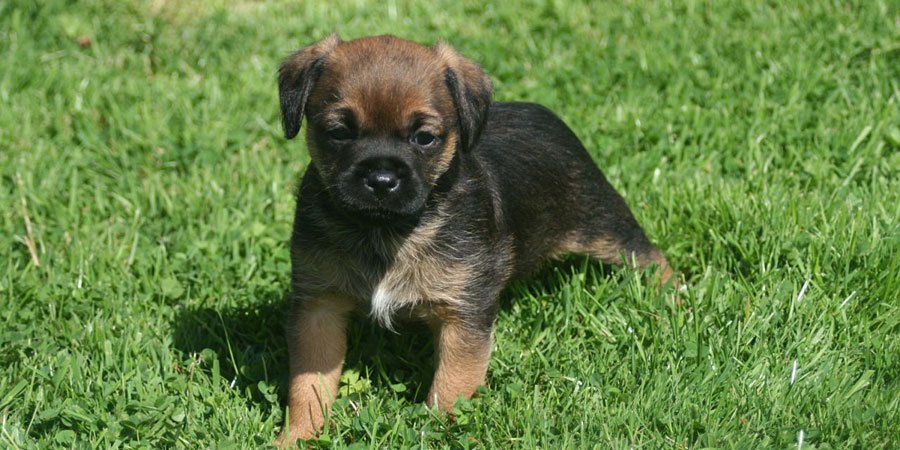 Chesapeake Bay Retrievers are not “needy” dogs. In fact, if you leave them to their own devices, they’ll often take advantage. Chesapeakes need a lot of exercise and guidance, to say the least. They are affectionate dogs with the right owners, though. 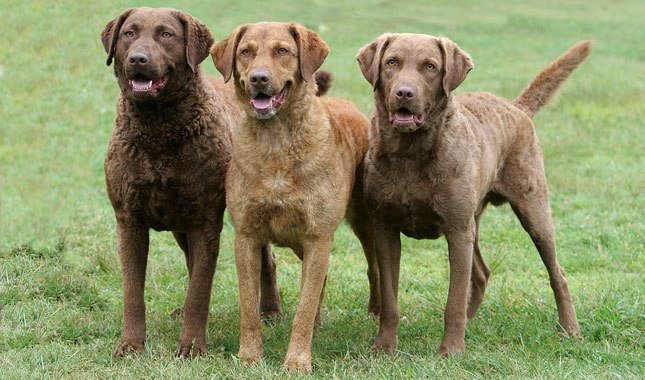 These wrinkly dogs were originally bred to guard, hunt, and even to fight other dogs.  The Shar-Pei is a very strong-willed breed, and for that reason often considered to be one of the least affectionate dogs. He might not want to be up in your lap and snuggling all the time, but you will find that the Shar-Pei is very loyal and protective. 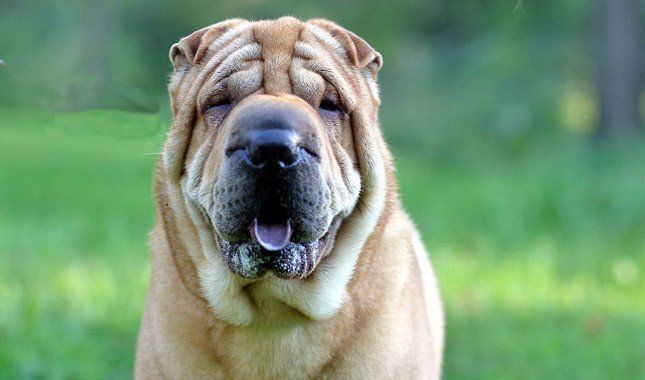 These little cuties are great indoor dogs, and they love to laze around. They can be stubborn, though, and they’re not always going to want to please you. If you’re idea of perfection in a dog is unquestioning obedience, then you’d have to consider the French Bulldog one of the least affectionate dogs. 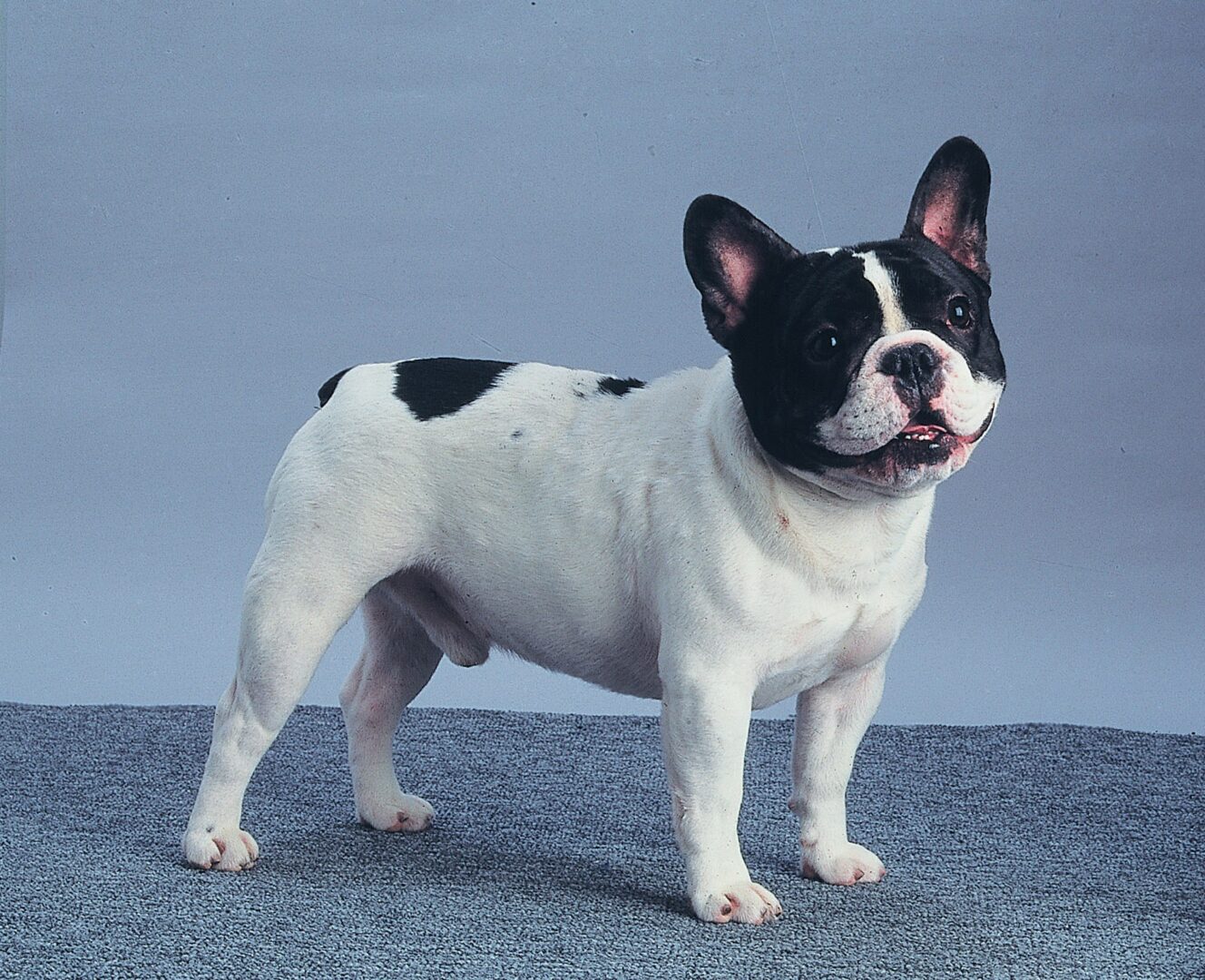 These huge dogs are protective and loyal, but they’re not exactly going to be grafted to you. If you leave a Great Pyrenees alone for any length of time, and he’s not confined, he might very well wander off. 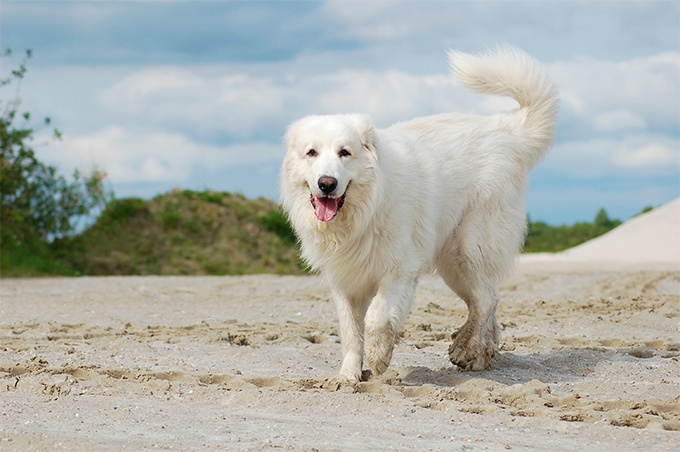 The Irish Setter is a patient, calm dog, but bred to work alone as a gun dog. It’s not really that the Irish Setter isn’t loyal and affectionate – it’s just that this is a breed of dog that does well if left alone for a while. He’ll stay entertained, but welcome you when you come back home. 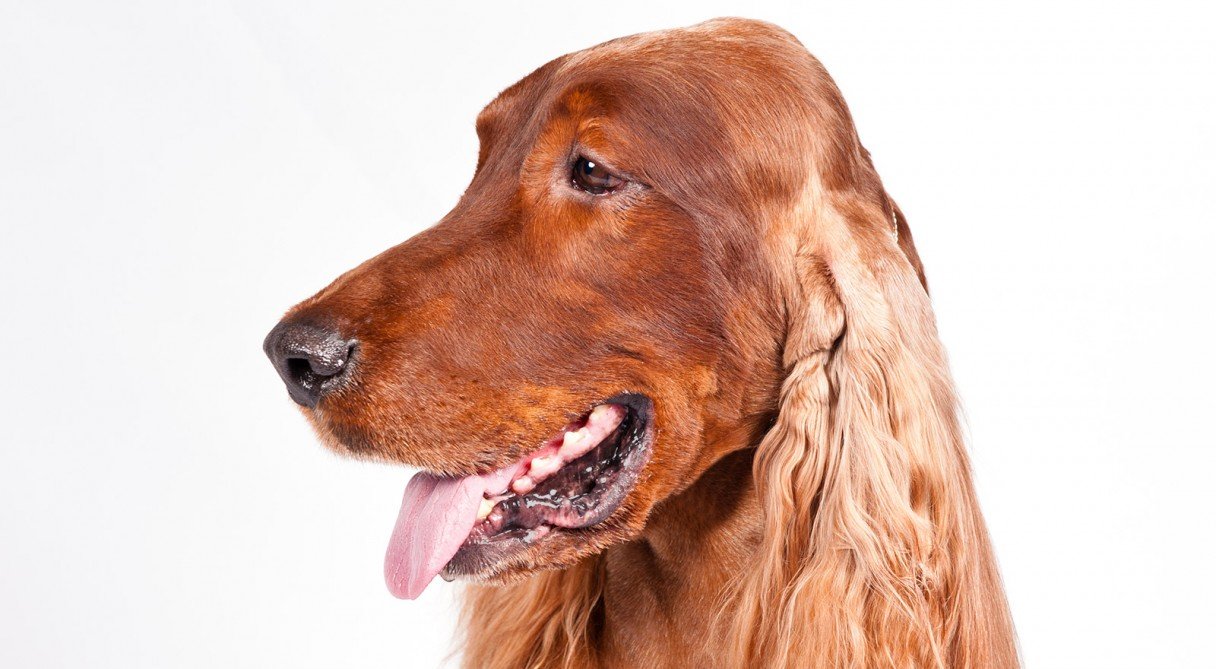 The Kerry Blue Terrier is a very energetic breed of dog, possessed of a high level of curiosity, and quite happy when left alone to explore his surroundings. His independence makes him one of the least affectionate dogs, in that he’s not always going to need you to validate his existence or keep him entertained.

Norwich Terriers are small dogs that are very self-directed and courageous. Although he’ll love spending time with you, your Norwich Terrier isn’t going to require your constant presence in order to be happy. 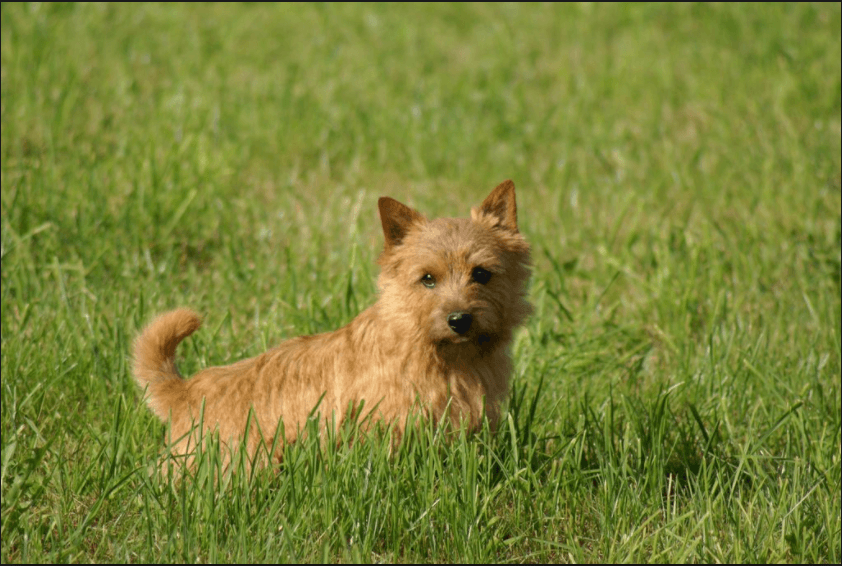 The Pekingese originated in Imperial China, and despite his small size, was often used to guard temples. Working alone with little human contact meant that as the breed developed, the Pekingese came to be among the least affectionate dogs. A Pekingese is likely to be very independent, and not all that interested in seeking your permission for whatever he wants to do. 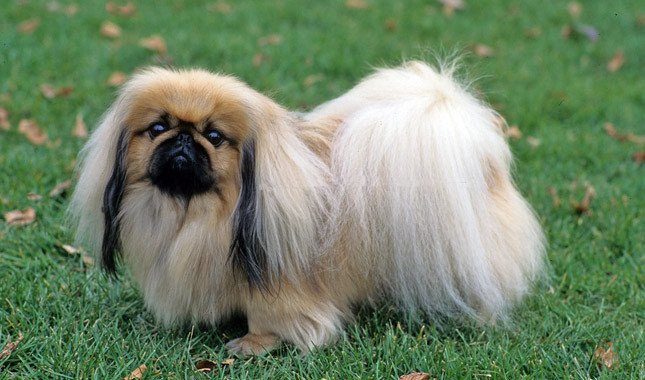 The Pembroke Welsh Corgi is a herding dog, used to working alone. Although this breed of dog can be very outgoing and friendly, there is an obstinate streak. You’ll have to work hard with a Pembroke Welsh Corgi to earn his respect, but once you have it, you will have a loyal, loving (but somewhat aloof) companion. 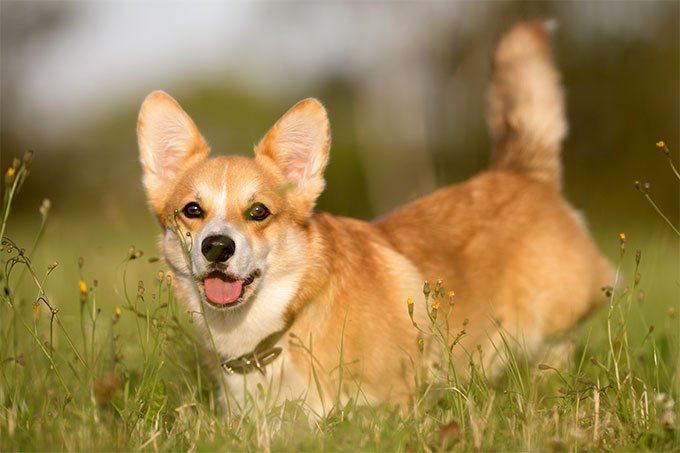 The Saluki is an agile, swift dog that originated in the Middle East. These dogs are typically quiet and aloof, and although they can be affectionate, you’ll probably find them to want their own space from time to time. 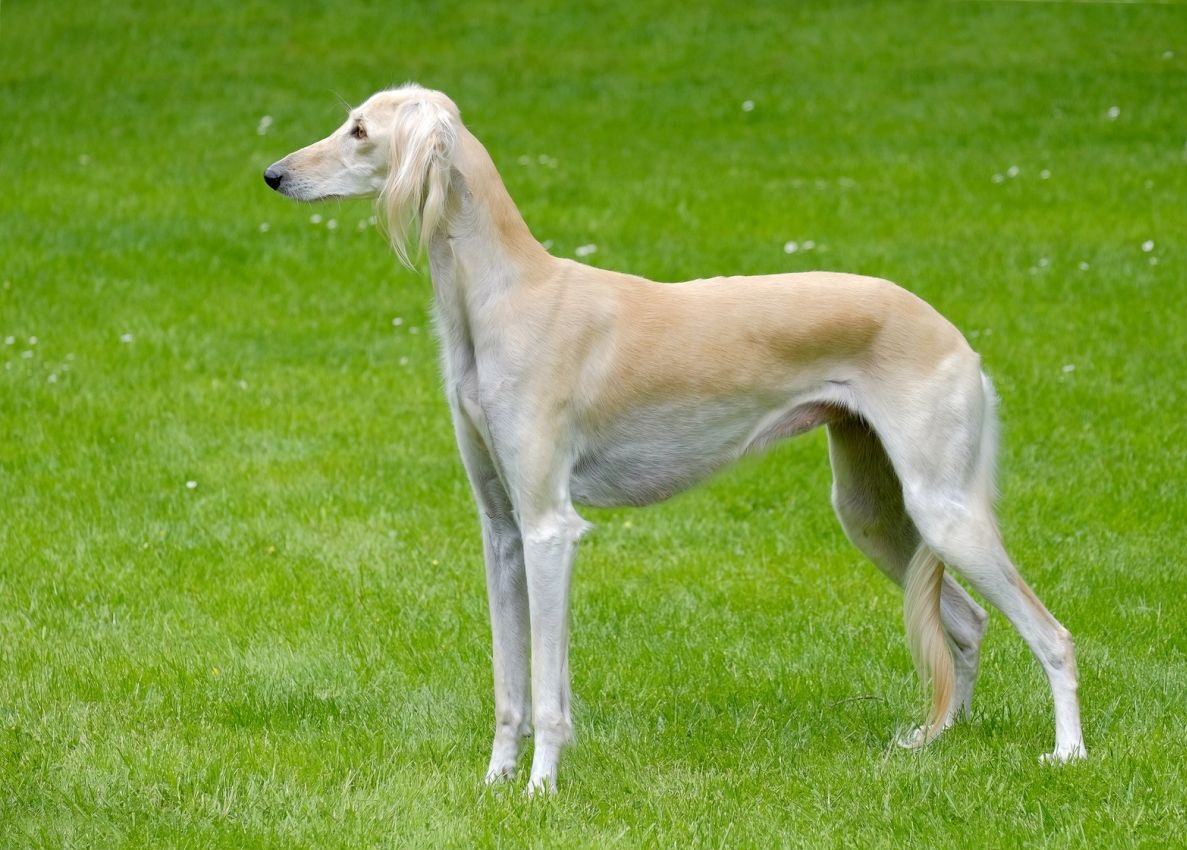 Scottish Terriers are very brave, independent dog. A Scottie will protect you with his life, but won’t necessarily be all that willing to obey you. Scotties are smart and self-assured, but very independent. 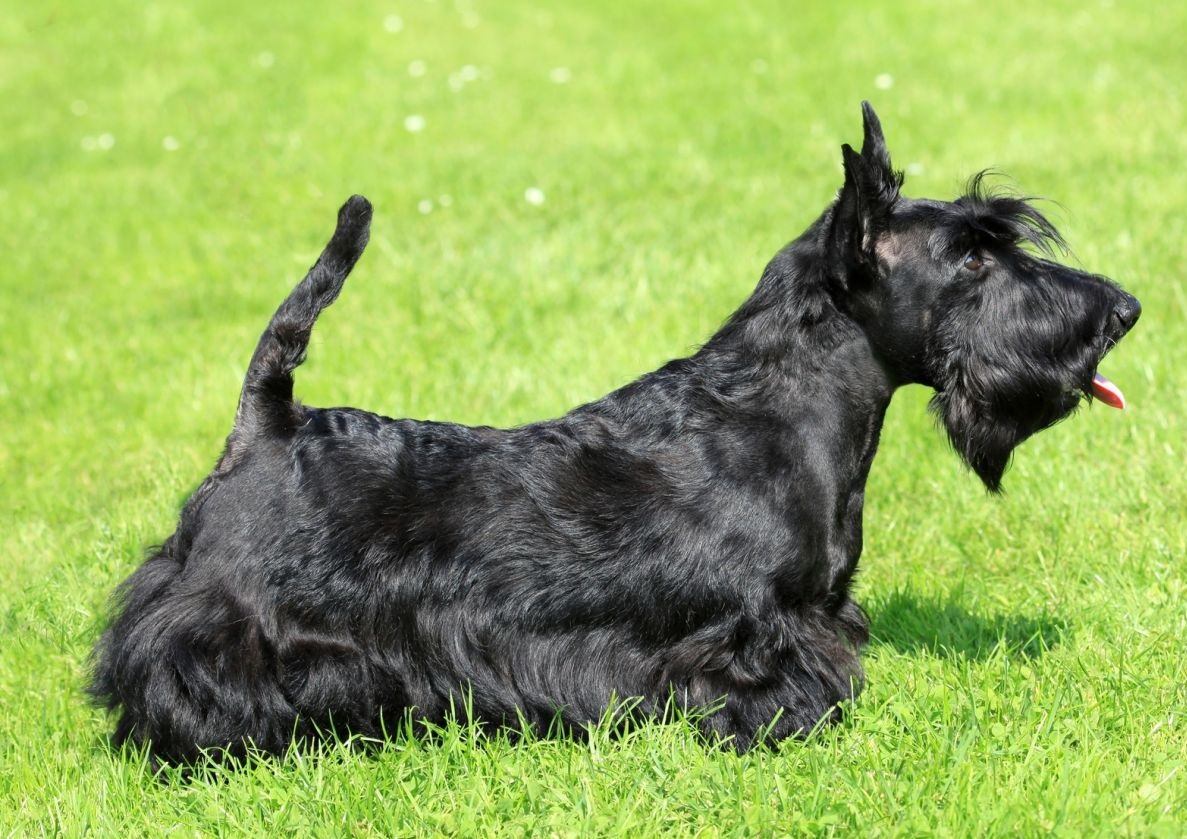 ShibaInus are Japanese hunting dogs. Without good socialization, you can count on the ShibaInu to be pretty close to the top of the list of least affectionate dogs. They’re strong-willed and spirited, and need an assertive owner.

You might think, because of the popularity of these little dogs, that they’re wonderful companions for humans, but that’s not necessarily the case. Shih-Tzus can be snappish, and even obnoxious. They can be nasty with kids and the elderly, and they need a very firm owner. 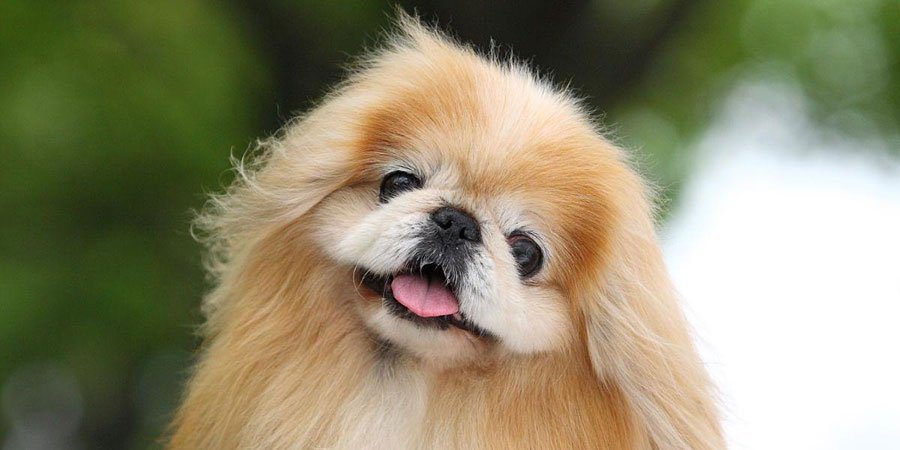 If you disagree, feel free to leave a comment.

I hesitate to include the Silky Terrier. These dogs are very calm and even-tempered, but I’m including the breed on this list of least affectionate dogs simply because they don’t constantly demand attention. 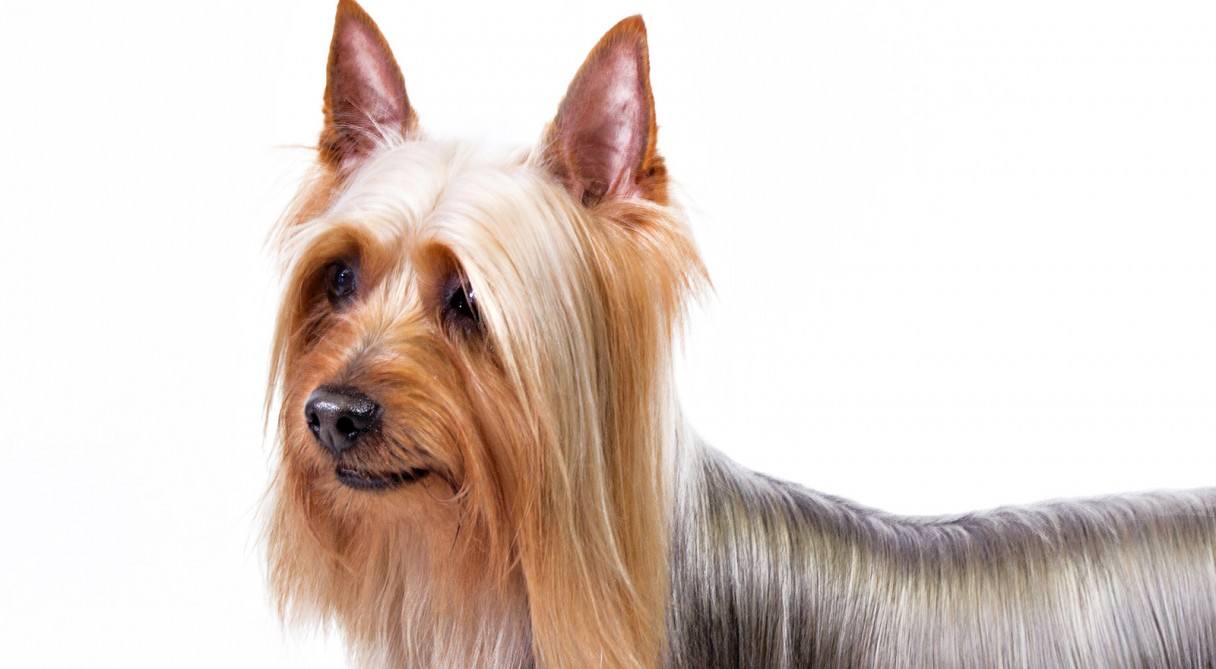 These are smart, playful hunting dogs. They’re affectionate, but they’re quite happy being left to their own devices. 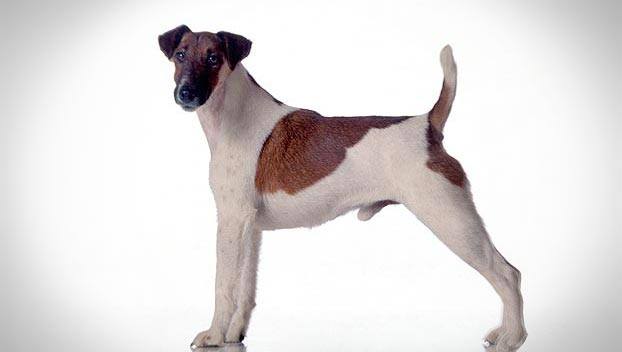 These dogs were originally bred to accompany Tibetan Monks. They’re very good with people they know, but can be suspicious of strangers. 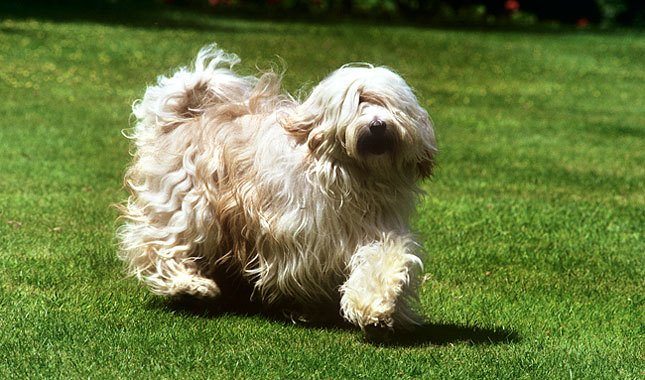 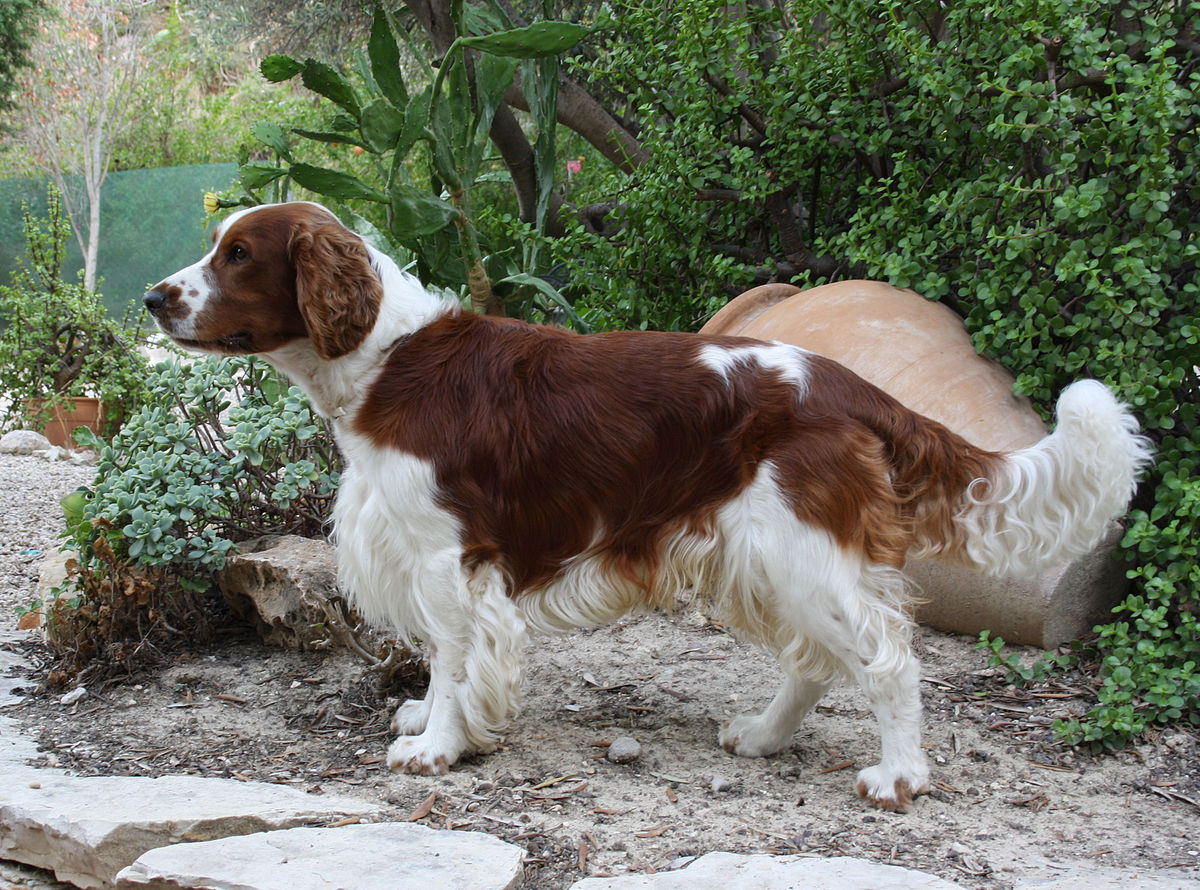 The West Highland White Terrier is a happy, sociable dog that enjoys human companionship. The only reason he’s on this list of least affectionate dogs is that he’s — well, less sociable than the other 24 dogs on the list! 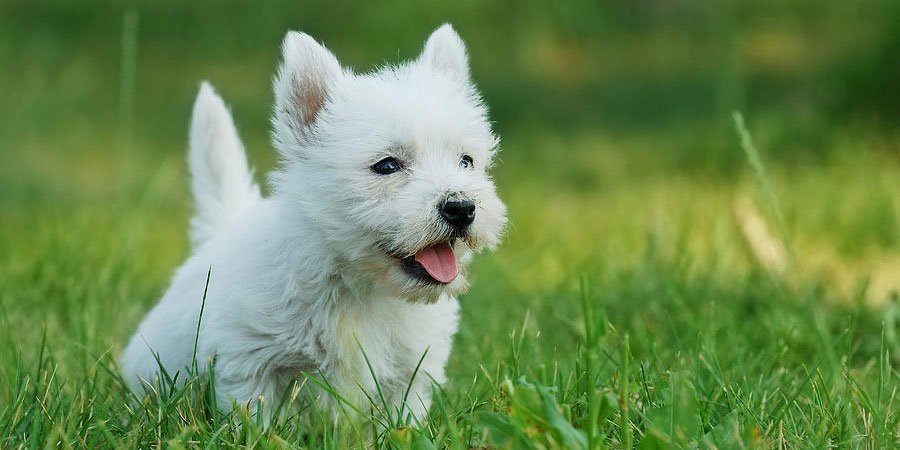 Don’t let this list prevent you from considering any of these dogs. Generally speaking, all dogs are sociable, and it’s just a matter of degree. The least affectionate dogs are still, most of the time, very affectionate. They might not all be big marshmallow lap dogs like my Boxers, but they’ll still love you more than anything else in the world.