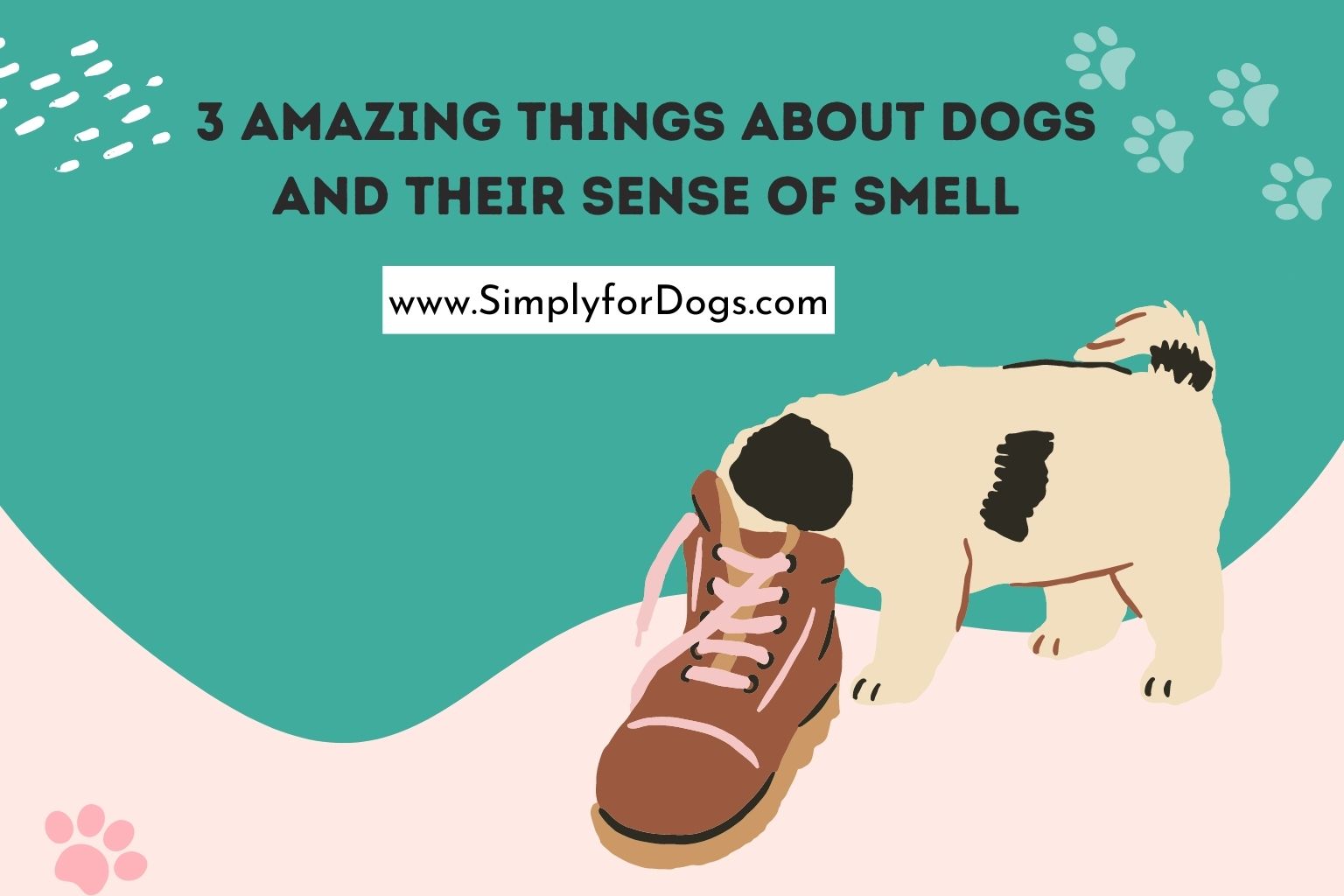 I have already admitted that I think there’s something wrong with my sense of smell. In an article about dogs that seem to poop a lot, I mentioned that Janice likes to sleep with her rear end in my face and is often a bit gassy (well, not a bit…a bit more than a bit). I am on the receiving end of such emissions, and my sense of smell is so weak that it doesn’t seem that bad. Let her give a performance of that kind in front of other humans, though, and she can easily clear the room. So, any good sense of smell (human, canine, and so on) is impressive to me.

However, in light of a few recent articles about the remarkable intensity of canine sense of smell, I thought I would revisit the subject and look at three truly amazing discoveries about dogs and their sense of smell.

1. They Are Taking Center Stage in Security

Bomb sniffing dogs, drug sniffing dogs, and even electronics detecting dogs are almost commonplace. Yet, a recent report out of Auburn University says this of dogs in their famous Canine Performance Sciences program: “The dogs …are nationally recognized for their work, but that hasn’t stopped the department from pushing even further.”

How much further? Currently, they have several breeds that are able to detect explosives worn on the body as well as on moving “targets”. In other words, not only can they detect well or heavily concealed explosives, but they can do so when that individual passes them at a regular walking pace. Rather than a stop and sniff experience, the dogs are so sensitive that they detect the issues on the fly.

They use their patented method known as the “Vapor Wake”. It is just as it sounds and enables the dogs to sample “odors from the aerodynamic wakes of a moving person.” The team identifies the dogs and breeds that seem most adept at this and have been selectively breeding them to make them the ultimate bomb detection dogs. The program is so effective that it was turned into legislation passed by the House of Representatives in September of this year.

If the program is a success, the dogs will be bred to serve as top tier airport security teams, and in many instances to replace TSA screeners. Integrated into the legislation, which features certain Department of Homeland Security measures, is the Screening Partnership Program. This allows airports to use private screeners and select those screeners from a list of pre-approved contractors. These private screening firms can then implement whatever innovations desired, including the use of the nearly infallible dogs.

The Auburn team is looking not at breeding high numbers of dogs with strong scenting skills but to identify the genomics that allow the best dogs to be bred for this task. As the team leader explained, the goal is to “add the component of being able to identify genetic markers of the very best dogs and thereby sort of enhance or increase the resolution, if you will, of the ability to then amplify those genetics in a population of dogs by using those markers.”

Because these are not physical traits, but behavioral and sensory in nature, it is complex. However, even with optimal genetics, the teams involved know that it has just as much to do with early life experiences, conditioning and training. Again, as the team leader explained, “No amount of excellent genetics is going to ever make it a process that doesn’t require a good deal of very well-planned raising of the dogs and conditioning of them to take advantage of those genetics.” 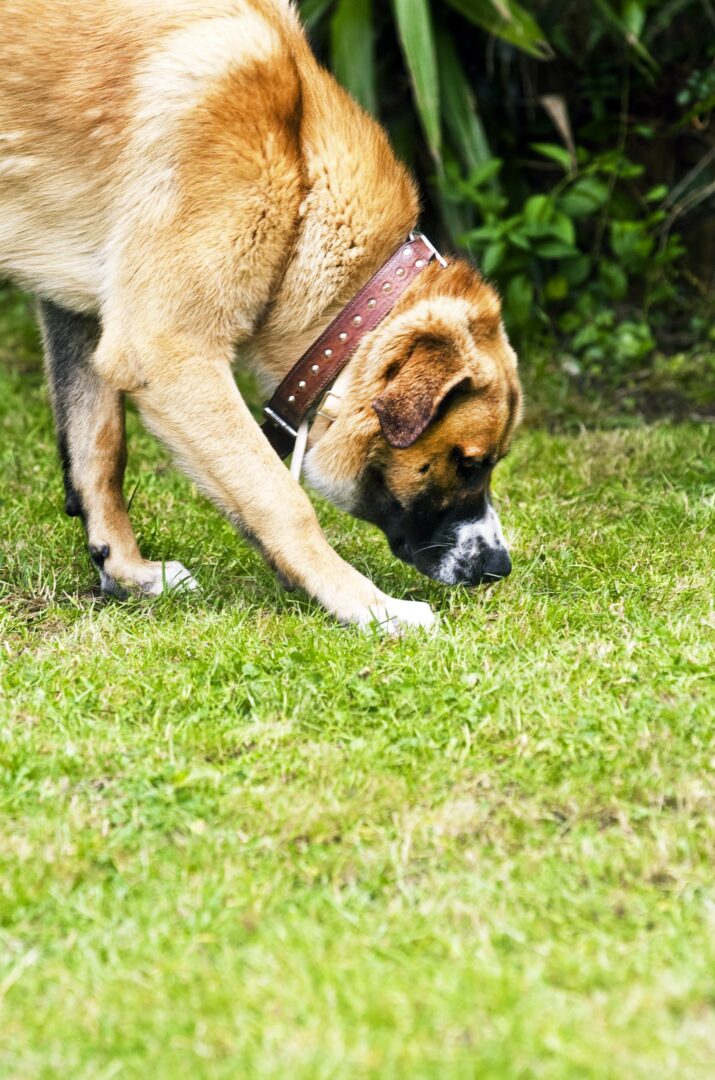 And it has been emphasized that security work at airports is not the only way these dogs with super sniffers will be employed. They will also serve smaller communities, attending concerts, working at schools and securing sports facilities.

Help, My Dog Poops a Lot!
8 Dog Odors and How to Banish Them for Good (Video)
7 Odorless Dog Breeds

So, some dogs are able to detect such trace amounts of material that they can identify them in a vaporous wake trailing out behind someone carrying the materials. Naturally, it is going to go beyond explosives secured to the body, but well-hidden and well-masked explosives, too.

I am always torn about service dogs of this kind, but I am also the first to say that a dog bred for something must be allowed to do whatever it is their instincts push them to do. Whether it is a Border Collie trying to herd school kids or a Schnauzer obsessing over the moles in the yard, it can be very hard to circumvent natural inclinations. If these dogs are eager to sniff out bombs and they can save lives while remaining happily at work…I say, let em sniff!

I can’t ever imagine that there are scents at the molecular level, but recent research done by Durham University has proven that there are, and that dogs can detect them.

It all began in 2016, when scientists in Gambia paid a visit to a local school and passed out hundreds of pairs of plain white socks. They told all of the children (ranging from ages five to 4) to wear the socks that night, only removing them for bathing or prayer. They were to remove the socks in the morning and then turn them in at school that day.

The kids did as told and all of the socks were sent to the university where the following months would be used, as one report explained, “to train dogs to recognize an odor imperceptible to the human nose: the molecular signature of malaria.”

Upon reading that, I admit I scoffed at the idea. The molecular signature of a disease? I know that dogs can detect some scents at roughly one part per trillion. It is why some dogs are able to detect a dead body that is submerged at the bottom of a body of water. After all, that ratio of one part per trillion is the same as roughly one drop of fluid in around twenty Olympic-sized pools!

Yet, it is exactly why cadaver dogs, drug dogs and bomb dogs are so effective. But, disease sniffing dogs? Yes, we’ve heard the odd story or two about dogs identifying cancer, but until now there has not been a lot of clinical evidence that it is entirely possible. However, it was in October of 2018 that the results of a formal study were discussed at the American Society of Tropical Medicine and Hygiene annual meeting in New Orleans.

In the study, two dogs were able to repeatedly identify the smell of children infected by malaria. Using the socks described above, a double blind lab test showed that 30 of the schoolchildren were infected. Keep in mind that none of the children exhibited signs of the disease, but the dogs were correct in their identifications.

The breeds used in the study was Labrador Retriever, and the results of the study give many experts a lot of hope for the future. The uses of the research indicate that:

Today, malaria kills around 500,000 people annually – most children. If dogs can be trained as non-invasive screening tools, they can make a real impact in areas most heavily affected by it.

How would such training work? The same as it is done for other similar activities. The whole process is turned into a game, of sorts. Trainers rely on “neophilia” or the dog’s natural desire to seek out any new smell. Training liquids are used, and whenever a dog pauses at a new scent, a trainer rewards with praise. Dogs quickly learn that identifying that specific scent leads to treats and praise. They soon just look for that scent in order to please their human trainer and get that tasty treat.

Most dogs will live with human families and “go to work” each day, and there are already more than three dozen malaria sniffing dogs being trained for actual field work.

This research is also being expanded into other diseases noted for having molecular scents, including certain forms of cancer, diabetes and even neurological conditions like Parkinson’s. Dogs are trained in a single issue, and the current research is headed up by someone with an interesting dog scenting tale of their own. The lead researcher’s own dog kept repeatedly nudging one side of her owner’s chest. Not long after, the researcher was diagnosed with breast cancer in that area, and it led her to believe the dog could somehow smell the disease.

Such work is not oriented towards breeding a lot of disease sniffing pups, however. Instead, there are efforts to make a “bioelectric nose” that uses data from dogs and lab studies to help identify how malignant tissue smells.

Yet, you should know that you are really smelly to your dog even when you don’t have disease cells in your body. This is due to their sense of smell being around one million times more sensitive than our own. As one expert noted, “Our dogs probably experience us as a composite smell ‘picture’ as unique and complex as our visual likeness.” And that is the final amazing thing about a dog’s sense of smell that we should consider.

3. They See and Read Us with Their Noses

There is an old saying that warns those who would try to fool a dog’s sense of smell. You can douse yourself in powder and perfume, heck, you can roll in manure and your dog can still identify you. That is one of the reasons behind their seemingly uncanny abilities to read our emotions or moods.

Here’s what I mean: Let’s say that you are feeling very nervous about someone standing in front of you. Your body may be pumping out adrenaline if that person makes you a bit scared or creeped out. If you have a bit of a flutter in your belly about a certain someone, it could be that hormones are flooding your body. These are chemical changes, and they create subtle changes in the way your body smells. It is not just about sweat or pheromones, but dogs detect it all.

Whether you are feeling a hit of your “fight or flight” instinct or weak in the knees, your heart rate and pulse change, too and that means the chemicals flooding the body are also heading to your surface skin quickly. So, if your dog seems to dislike someone as much as you do, it is because they are reading you with their nose!

A report in New Scientist says as much, indicating that “dogs can smell your emotional state, and adopt your emotions as their own.” A formal study at the University of Naples, Italy tested if dogs could detect human emotions by scent alone. They asked volunteers to watch videos designed to trigger happiness or fear as well as an entirely neutral response. Sweat samples were taken at each instance. The samples were presented to dogs and researchers then gauged the dogs’ reactions. Those given fear sweat showed stress (higher heart rate, seeking reassurance from owners, and so on).

Though not rock solid proof, it is evidence that dogs know more about us than we might realize, including what we are feeling, whether we are sick and even if we are a criminal…and all through those adorable noses!

Help, My Dog Poops a Lot!
8 Dog Odors and How to Banish Them for Good (Video)
7 Odorless Dog Breeds