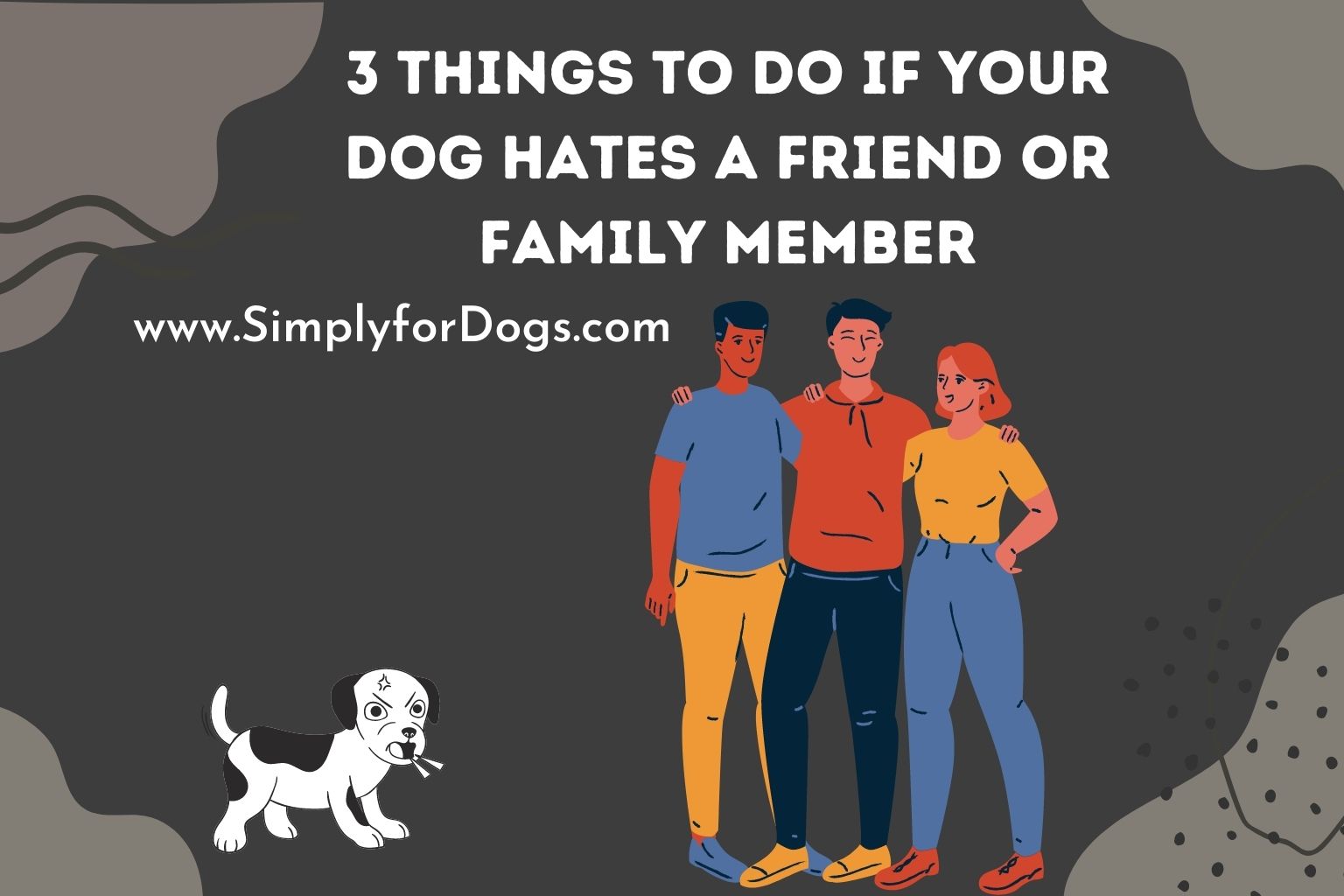 “Hey, Ash?” a friend of mine recently said, nervously, into the phone.

This friend, let’s call him Craig, typically phones me for one of two reasons – he’s destroyed a recipe that should have been idiot-proof, or he has a dog-related issue.

I envisioned the charming little dog developing a destructive habit or being unreasonable about vet visits, but it was actually a surprising issue. “He has a real beef with my uncle, and I’m not sure what to do.”

By “beef”, Craig meant that Wrigley (a normally cheerful and sweet-natured guy brought to a local rehab to cheer up elderly patients) growled, paced and acted as if he were about to bite the man. I asked about the uncle’s behavior and Craig said he was a mellow, low-key guy who is not prone to big movements, speaking loudly or outbreaks of temper. “He has always had dogs,” Craig explained, “But doesn’t have one right now, so I don’t think it was a smell on him, or anything.”

Here’s the problem with Craig’s logic: It was logical.

As one expert explained about a dog taking a dislike to someone or something: “Dogs may be infinitely pure and good, but they can also be colossal weirdos and rather particular. Sometimes random things push their buttons.”

As I explained in my article about dogs disliking a significant other, it can be as simple as jealousy or it can be something even deeper, like fear.

For instance, my aunt had a sweet little Pekingese dog named Tootsie. She spent all of her time cozied up to my aunt and surrounded by my aunt’s many friends – all women. Around the time of her first birthday, my aunt needed a sink repaired, and called the local plumber to come over.

As the plumber entered the house, the Pekingese’s ancient heritage emerged, too. Known as “little lions” and once used to guard the Chinese Emperor and his courtiers, they were carried in the sleeves of the nobility and would fiercely attack on cue. Imagine that! And it was no joke, she turned pretty ferocious when the male plumber walked in and walked over to her. She lunged, snarled and almost got him.

Why? Fear of the unknown…she’d spent the first year of her life in the quiet and isolated company of quiet, elderly women. She’d never set eyes (that she could recall) on a man. She developed an instant hatred of all things male. Because my aunt did not live in total isolation from all men, she hired a local trainer to help desensitize Tootsie and recondition her to see men in a more favorable manner.

Dogs may dislike someone for many reasons, including:

And though I wholeheartedly agree with that expert who said that there can be a lot of randomness involved in a dog’s reaction, I also agree with them when they say that “We may find it inexplicable, but that doesn’t mean your pup doesn’t have her own rationale. It usually isn’t random from a dog’s point of view. For whatever reason, often beyond what that individual person is able to change, there is something that causes that dog to be fearful.”

It is our job to try hard to figure out why that negative reaction occurred, and then use the three tactics below to work around the issue, and even change a dog’s opinion.

NOTE: It is just a given that a dog may never “come around” and fully accept a person for whom they have developed a negative reaction. Some dogs can and do grow into a relationship with someone they initially disliked, but there are just as many stories of a dog hating a human for no perceivable reason and then sticking to it forever. If you find yourself in this unenviable predicament, there are a few things you can do about it – which we also are going to consider a bit later. 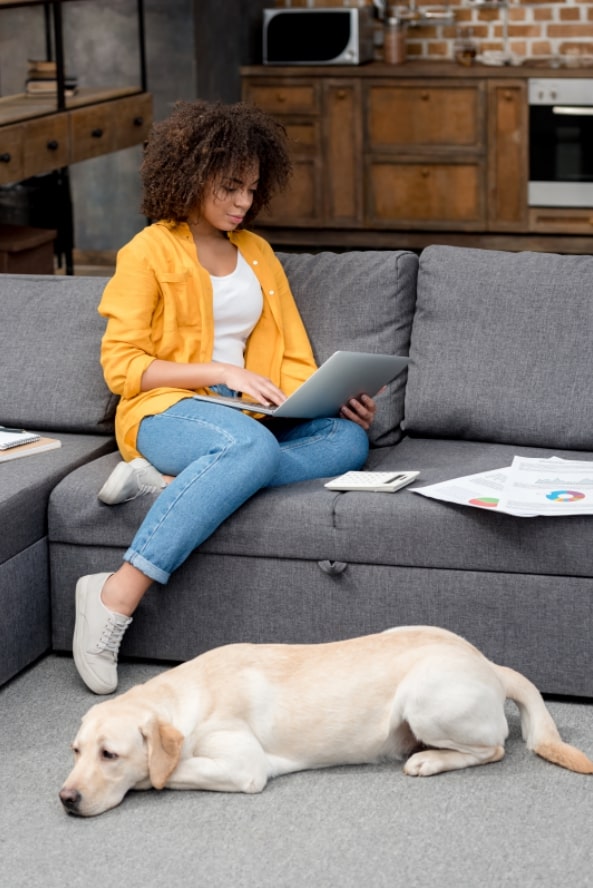 Firstly, though, let’s look at three things that usually help to eliminate, or at least reign in, this issue:

1. Assume fear or jealousy is the cause and then create controlled interactions that work around such feelings.

I just made something quite tricky sound way too easy, but it is helpful to look at it in the simplest of terms if you are to succeed. Here’s what I mean: Let’s say that you are a woman who has just introduced your dog to a man you like. The guy is taller than you and has a rather deep voice. This alone might set off a dog if it hasn’t encountered bigger men with deeper voices.

Yet, the fact that you might be giving this man subtle cues that you like him will not go unnoticed by the dog. So, the dislike could be fear-driven OR it could be jealousy or intimidation. Either way, you need to change your dog’s relationship with this man if you want to undo any negative first impressions.

How? Make their meetings and interactions entirely predictable for the dog. He should always assume the same attitude, keeping his voice calm and his gestures under control. Be aware that something as simple as a hat, strong cologne, smell of tobacco or a dozen other factors could be a part of the fear response. This is what I meant when I made this approach sound easy. You may have to assess things about the person that the dog may have never encountered. You must also gauge that person’s body language, voice, and so on.

Whatever you do, the goal is to distract the dog from feelings of fear or jealousy AND create a new relationship based on treats, rewards and positivity.

Now, did you notice something about this approach? It never isolates the dog from you. A lot of people say something like this to me as they ask for help with such issues: “Ash, I have tried to tell the dog to stop the growling, but he won’t. So, I lock him in the laundry room until (insert name) has gone.”

That is actually reinforcing the dog’s feelings of dislike, and even building on them. Now, not only was that dog’s initial gut reaction validated, but it is strengthened by the fact that the arrival of that person means being locked away from the beloved pack leader (you).

If that doesn’t seem to be the right tactic…

2. Create a scenario in which the dog is forced to approach the person in question.

Now, I did not mean that you actually force any part of the situation. What I mean is that you have to find a way to make the dog think they are choosing to approach the person. There are a few ways this can play out.

The first is for the dog that is entirely un-aggressive. It involves them being in the room with the person, and you or that person placing the dog’s favorite treats behind them. The dog has to go close to and around the person for the treat. They should sit still, but remain calm and as relaxed as possible. Encourage the dog to retrieve their treat. They may balk at first, but as you are going to use the most irresistible treat to trick them into getting near a person they either fear or dislike, it really begins to change their mind.

Soon, you can have the disliked person tossing the treats at their own feet, but at a bit of a distance. As you might guess, the goal here is to slowly and gradually bring the dog in closer, and then eventually get them to take the treat directly from that person. By the time a dog is willing to do that, they are usually over themselves and whatever issues were causing them to dislike that other person.

The second method for getting a dog to unconsciously approach a disliked person is to use verbal cues that create comfort. No, not cooing sounds and an extended hand (that, dear friends, is a recipe for disaster in such scenarios). Instead, when you are alone with your dog, just start using the word “pet” whenever you give head scratches, rubs or loving. Be consistent and use only a chosen word, such as “pet”, to make any instance of petting and physical contact appealing.

After a few weeks of you using that term during your time petting your dog, sit down with the unwelcome person nearby and do a usual petting routine, along with verbal cues. Have the unwelcome person say the word, too. They should not pet the dog at those first interactions, just say the word. Then, have the person sit close to the two of you (with the dog’s back to you), and do the same exercise – you pet and say pet, and that person says pet. Then, eventually, and if the dog is okay with this process, you can have the person do one or two strokes with the verbal cue AND a yummy treat.

Soon, and with longer periods of petting and saying the cue (as well as those treats), you may find you’ve changed the dog’s mind.

This is a good way to simplify the process of reducing certain reactions because it takes the dog away from his or her home turf. If you go somewhere that the dog likes, and which they associate with a positive experience (a dog park, a certain hiking trail, and so on), it sets the stage for a less hostile response since it is not the dog’s specific territory. Then, you need to neutralize the threat the person poses by having them sitting somewhere – a bench, a blanket on the ground, and so on. You can “encounter” that person in the positive space, have them toss the dog a treat, and then continue on your way.

Do this several times each week, and over the course of a few weeks. Then, invite them to pay a visit. Often, the dog’s older, negative response will have been overwhelmed by their association of this person with treats and a happy activity.

You may want to have the dog do tricks it knows in those favorite spaces in order to get approval and treats from that person, too. This makes it even easier to associate them with only positive reinforcement and rewards.

And what do you do if none of this works? The answer is simple: Call in the experts. I don’t often advocate for this, but aggression and hostility can only lead to dangerous situations between humans and dogs. You need to seek out expert help if persistent, calm and gentle training does not teach the dog that a person they dislike is no threat. If they continue to seem them in this skewed manner, it is only a matter of time before a bite or a bad scenario develops. So, do all that you can and then don’t hesitate to call a trainer or vet to see how a professional will handle the issue.