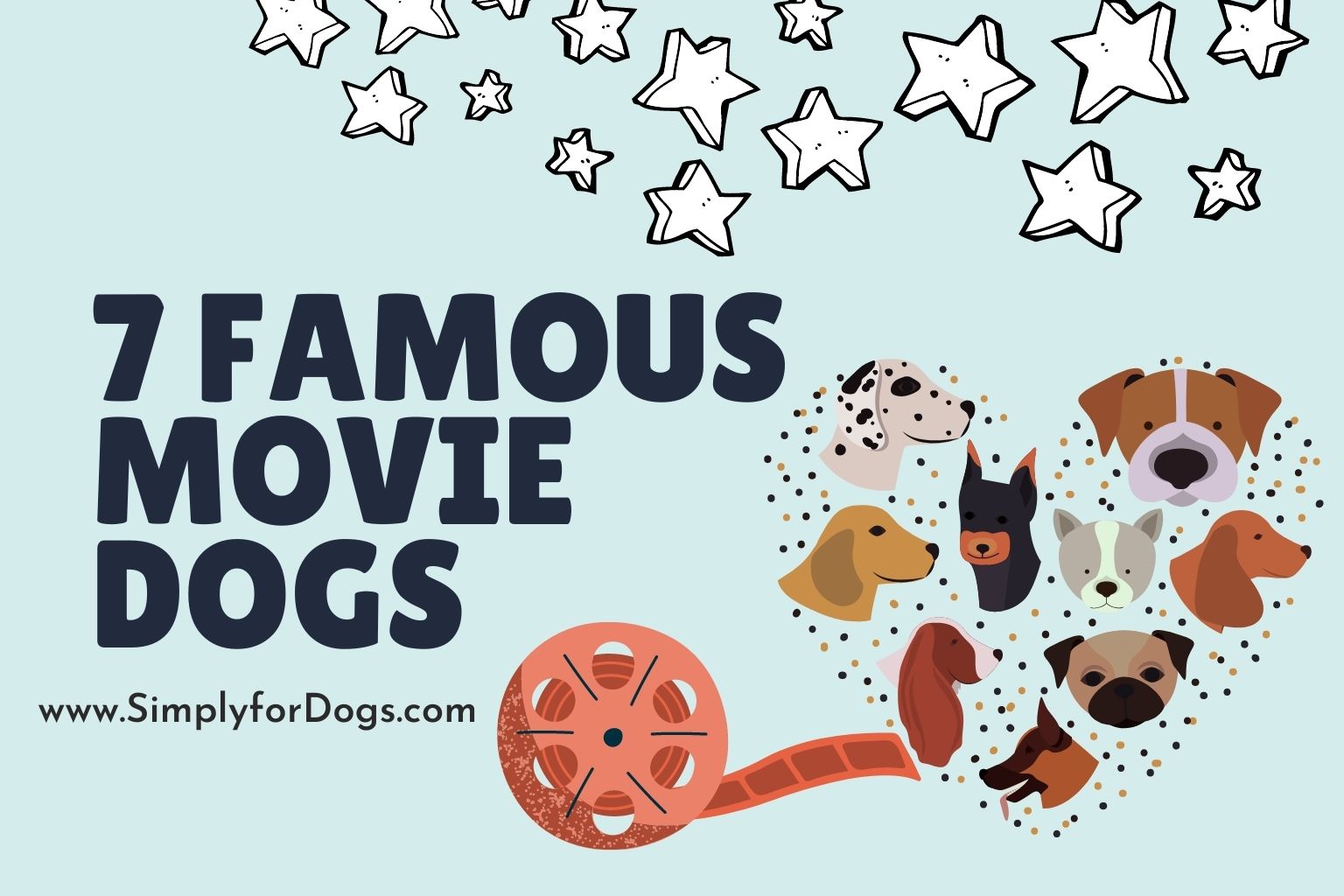 Going against the famous W.C. Fields advice about never working with animals or children, scores of movies, TV shows and even currently running stage shows and plays include either animals or kids all of the time, and often both in the same performance. And while I think some kids are great actors, me being a rampant fan of dogs means I tend to prefer watching animals as entertainment. Trained dogs, cats, chickens, primates, mice and all of the rest amuse me to no end, as long as I get to know that “no animals were harmed” and that the training was not cruelly done.

And before I continue, I want readers to realize that although Hollywood has come a long way since its early years (and even since the 1970s), there is still a lot more that needs to be done to absolutely guarantee animal safety, health and well-being in the entertainment industry. There are a few articles you can read to discover more about that here and here. (Note: It is difficult to read about some of these issues, but if you want to avoid the worst films in terms of questionable or blatantly harmful animal treatment, it pays to know about them).

In another article about movies with dogs in them, I didn’t really delve into the issue, instead focusing on the best movies with dogs as the central characters. Old Yeller, Lassie Come Home, Lady and the Tramp, 101 Dalmatians (the cartoon version OR the live action films), Benji (the 70s version all the way!), The Fox and the Hound, Cujo, Never Cry Wolf, The Adventures of Milo and Otis, and Oliver & Company and many others are ideal choices if you adore dogs as much as I do. Some are even family friendly, but even if there is a Disney name on the film, there can be some tear-jerking stuff. From Old Yeller’s overwhelmingly sad ending to the struggles that Chance, Sassy and Shadow face in Homeward Bound: The Incredible Journey, kids can be upset by the stories, so “viewers beware”.

Yet, what about the puppos who work hard to make those movies so intriguing and universally appealing? Are there any famous dog actors that it pays to know about? You know, the kind that might have a career and multiple screen credits? Or celebrity because of their remarkable performance?

Of course there are! And in this article, I’m going to take a look at seven “must see” dog performers and performances. Because I have already done a piece about cartoon dogs like Blue from Blue’s Clues, Brian Griffin from Family Guy, Bolt the title character of the movie Bolt and even Clifford the Big Red Dog won’t appear on the list. And let’s not get started with arguments about whether Goofy is indeed a dog and why he and Pluto have such different capabilities…that’s a topic for another time!

The Top Dogs of TV, Movies and Stage

I’m pretty certain I won’t choose everyone’s favorite seven stage or screen puppos, and I’m not listing them in any specific order, so if there is a dog that does NOT appear on the list below, feel free to drop me a line and inform me just who I missed and why they belong there…I’d love to do a Part Two to this topic! And with all of that in mind, let’s look at our first nominee for “top 7 dogs” of stage and screen:

As one author said, this beautiful Rough Collie has to be the most famous canine character of all time. I agree simply because too many of us make the “What’s wrong girl? Has Timmy fallen in a well?” reference. Appearing in movies and the TV show, she is a perfect ambassador of the breed and the species. According to one expert, Lassie ‘represented “courage, honor and unshakeable loyalty’ and selflessly put herself in dangerous situations to save her human friends” 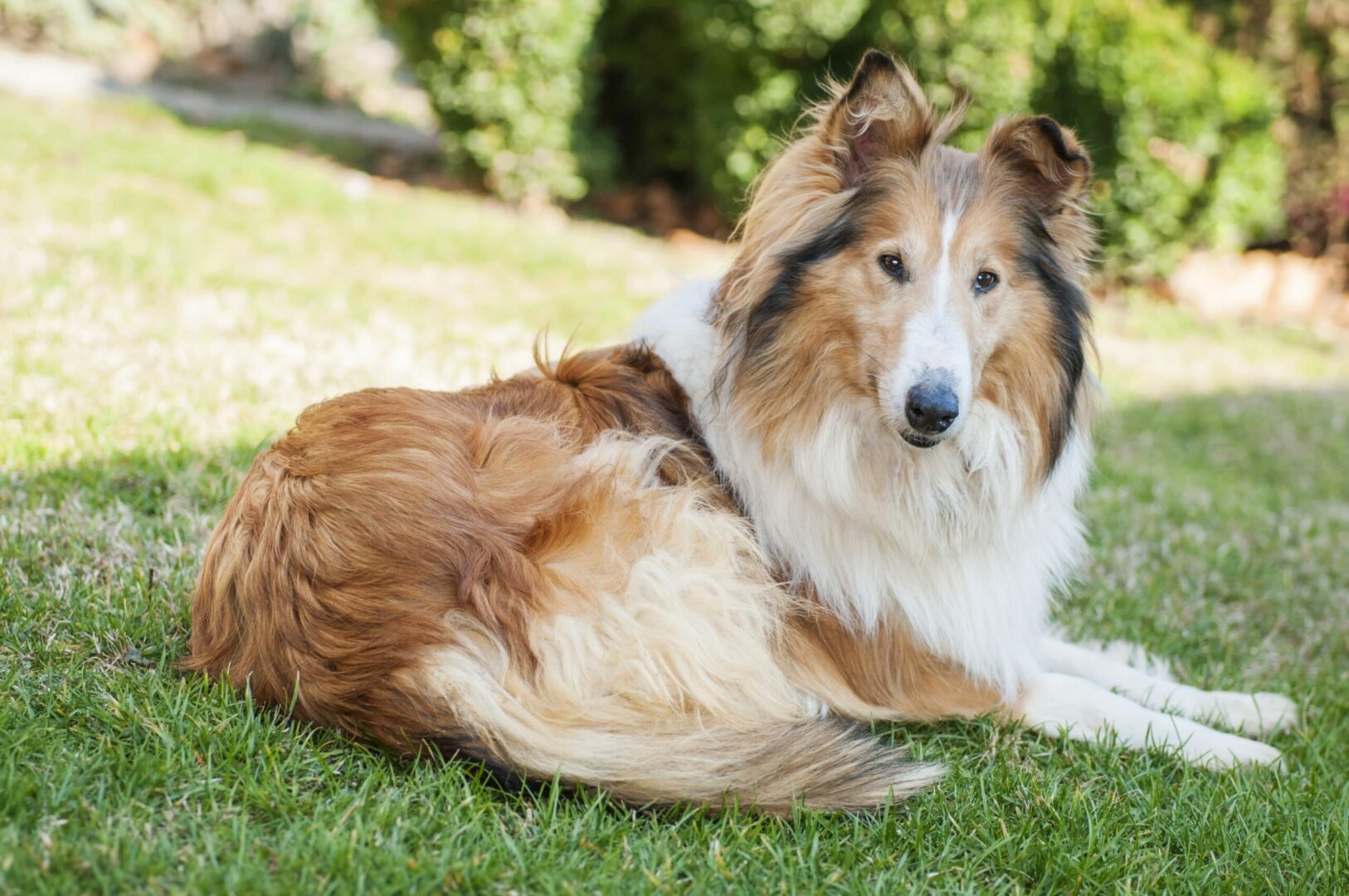 The appeal of this characteristic is why the movies and shows with Lassie as the hero keep on appearing. She’s also one of the few dogs with their very own star in Hollywood. By the way, the coats of Bearded Collies are much lusher on males, so though Lassie is a “she” in the scripts, she is often played by a male dog!

Terry, the Cairn Terrier who played the famous companion of Dorothy in the 1939 classic, also appeared in more than a dozen subsequent films. Injured during the filming of The Wizard of Oz, Terry was so beloved by Judy Garland that her period of recuperation was spent in Garland’s home! She also worked with Shirley Temple, Virginia Weidler (a popular child star of the 1930s and early 40s), and had key roles in The Women, Bad Little Angel and Tortilla Flat among many others. 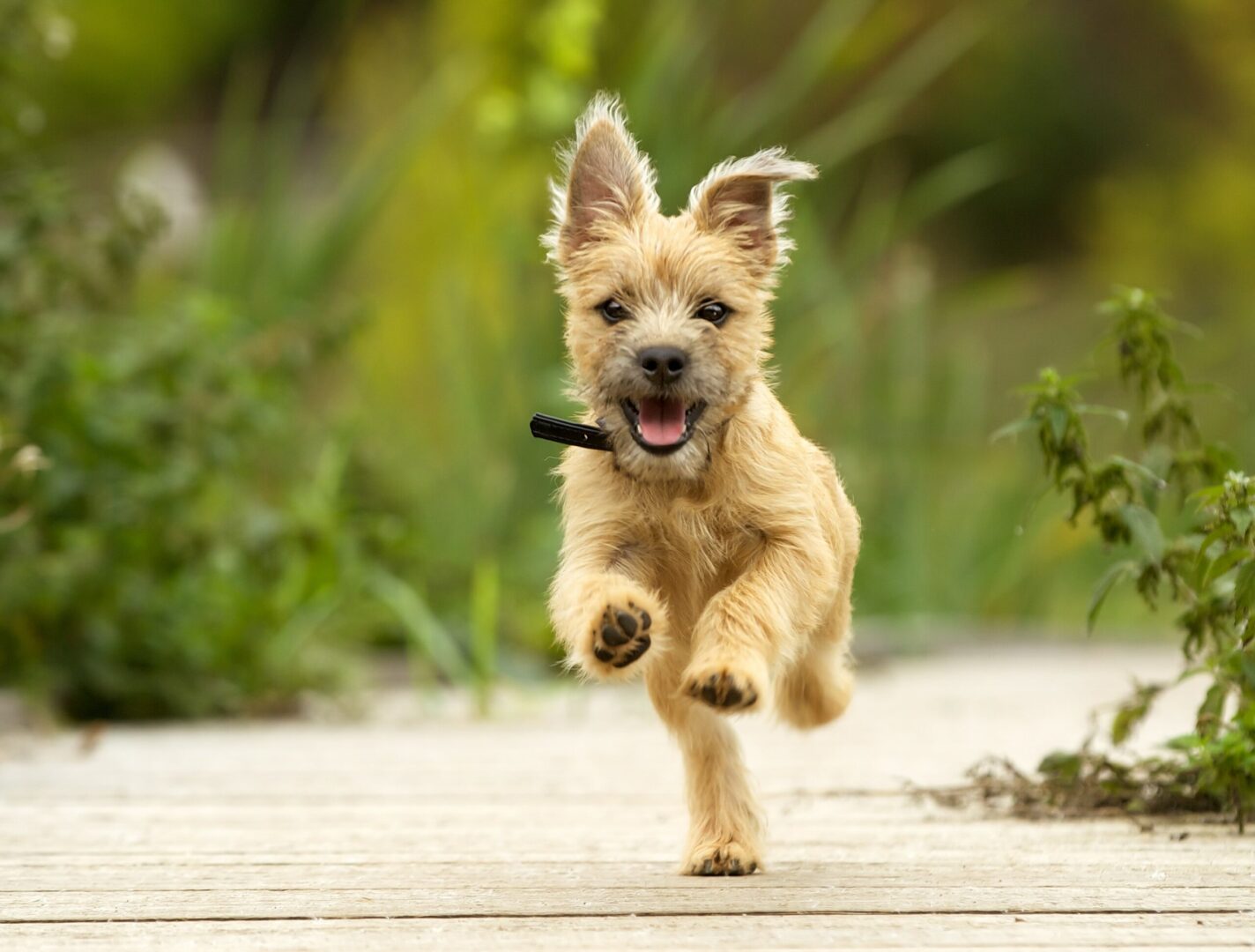 She attended the premier of the Oz film at Grauman’s Chinese Theater and was the mother of another famous terrier by the name of Rommy who appeared in at least two major films, as well. She lived to be eleven years old, and in 2011 a memorial was placed at her grave depicting an adorable terrier. An “autobiography” about her life and times, I, Toto appeared in 2013.  In it, readers get to learn about the “rags to riches” life of this one-time street pup and lots of details about her human co-stars.

This famous German Shepherd’s real story is even more fascinating than the films in which he starred. As one author notes, “Corporal Lee Duncan, an aerial gunner in the U.S. Army Air Service, rescued Rin Tin Tin from a damaged kennel while stationed in France in 1918.” When the pair returned to the United States, Duncan learned that the dog had almost no fear and would be a natural as a stunt dog or star in action films. He got a role in Where the North Begins in 1924 and was in more than two dozen films after that.

As a gag, his name was put into the “Best Actor” category for the Oscars in 1929, but it had to be removed from consideration when early tabulations showed that Rin Tin Tin was going to win the prize! 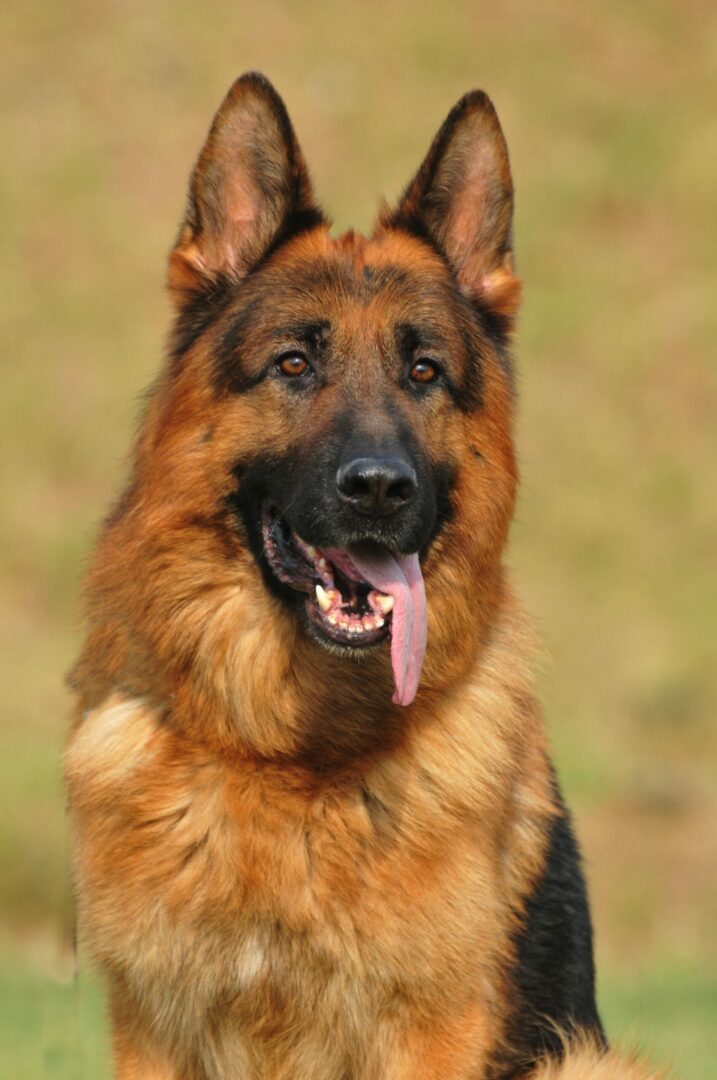 He lived to the ripe old age of 14, dying at Duncan’s home in 1932. However, by that time he was an international sensation often credited with earning Warner Brothers studio so much money that he built the career of director and producer Darryl Zanuck. His passing did not end the Rin Tin Tin series or popularity, and his son and grandson went on to star in more films. His great grandson was in a 1950s TV series but had to be replaced because he didn’t have the same level of talent as his ancestors!

There are still Rin Tin Tins in existence, and as recently as 2011, Rin Tin Tin the X11 was alive and well in Texas!

I might be a kid of the 1970s, but I was raised on “The Little Rascals” or “Our Gang”. For some reason, the black and white shorts dating from the late 1920s to the late 1930s ran for over an hour every Sunday on a local network. My older brother and I were glued to the screen, and especially fond of “Pete” or “Petey”. As my readers know, Pete was an American Staffordshire Terrier named Pal the Wonder Dog…well, the first Pete, anyway.

This pup stood out for the natural ring he sported around his right eye. It was not a full circle and dye was used to complete it. Some of the later “Petes” were given an artificial ring to trick viewers into believing it was the original Pete. Pal lived only six short years, and it was the second Pete that actually brought the character the most notoriety. He lived for more than 16 years and became a famous actor in his own right. 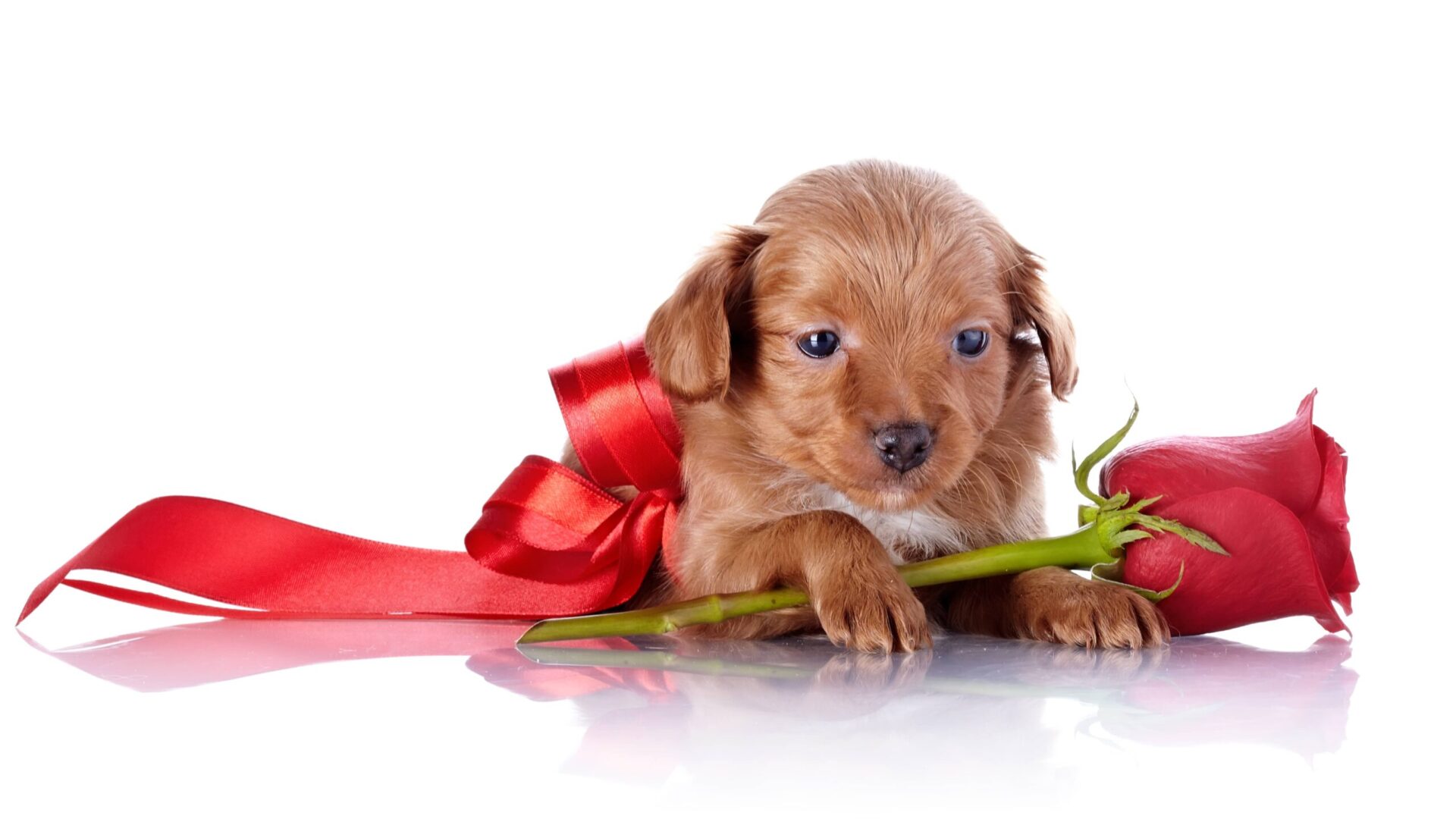 Pal, the original Pete appeared in films with silent star Buster Keaton (where the two were part of the famous Buster Brown shoe logo) and was then drafted into the Our Gang series. The second Pete was a son of the original Pal, and even had a circle, but around his left eye that also had to be cosmetically “completed” with makeup. He did not finish out the entire Our Gang series either, and not due to an untimely death or accident. Instead, his owner retired to Atlantic City and setup a photographic establishment that allowed kids to be pictured with the famous Pete.

As I’ve admitted, I am a child of the 1970s and when I was around 8 years old, I was first introduced to Benji. The film had actually come out in 1974, but re-emerged on a regular basis to entertain and amuse kids. The lead role was played by a one-time street dog named Higgins. A heart-stoppingly cute mixed breed with a remarkably high IQ. The film got Oscar recognition and kicked off a career for Higgins and subsequent Benji stand-ins.

Higgins became one of the most famous dog actors of the period and appeared in movies and TV shows. He worked for 14 years before is death at the age of 17! He appeared in The Beverly Hillbillies, Petticoat Junction, The Waltons and Green Acres as well as the Benji film (for which he actually came out of retirement at the age of 16). 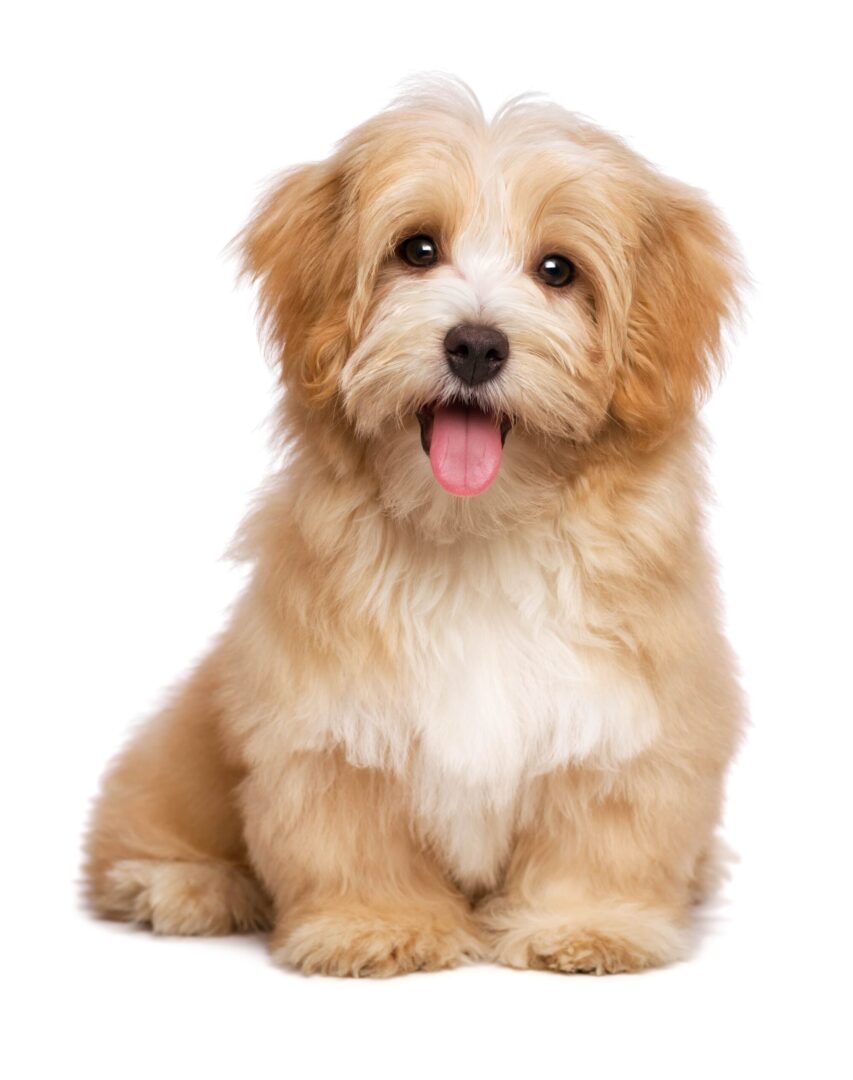 Later Benji films include For the Love of Benji, Benji’s Christmas, Oh! Heavenly Dog, Benji the Hunted and a wonderful reboot of the original Benji released on Netflix in 2018.

His kids have continued to play the role of Benji and one of them even starred in the 1960s TV show My Three Sons. His owner Frank Inn requested that Higgins’ ashes be interred with him upon his death, and the two were buried together in 2002.

On TV for more than a decade, Eddie is the character name of the Parson Russel Terrier named “Moose”. A star of the hit series Frasier, he appeared alongside his fictional family for more than ten years. Yet, Moose did not always have a loving home and patient owners. Born in 1990, the charming terrier was actually so rambunctious, curious, energetic and intelligent that he was deemed too difficult by his original owners. They sadly (or perhaps not sadly) surrendered him to a company that trains animals for movies and TV shows. 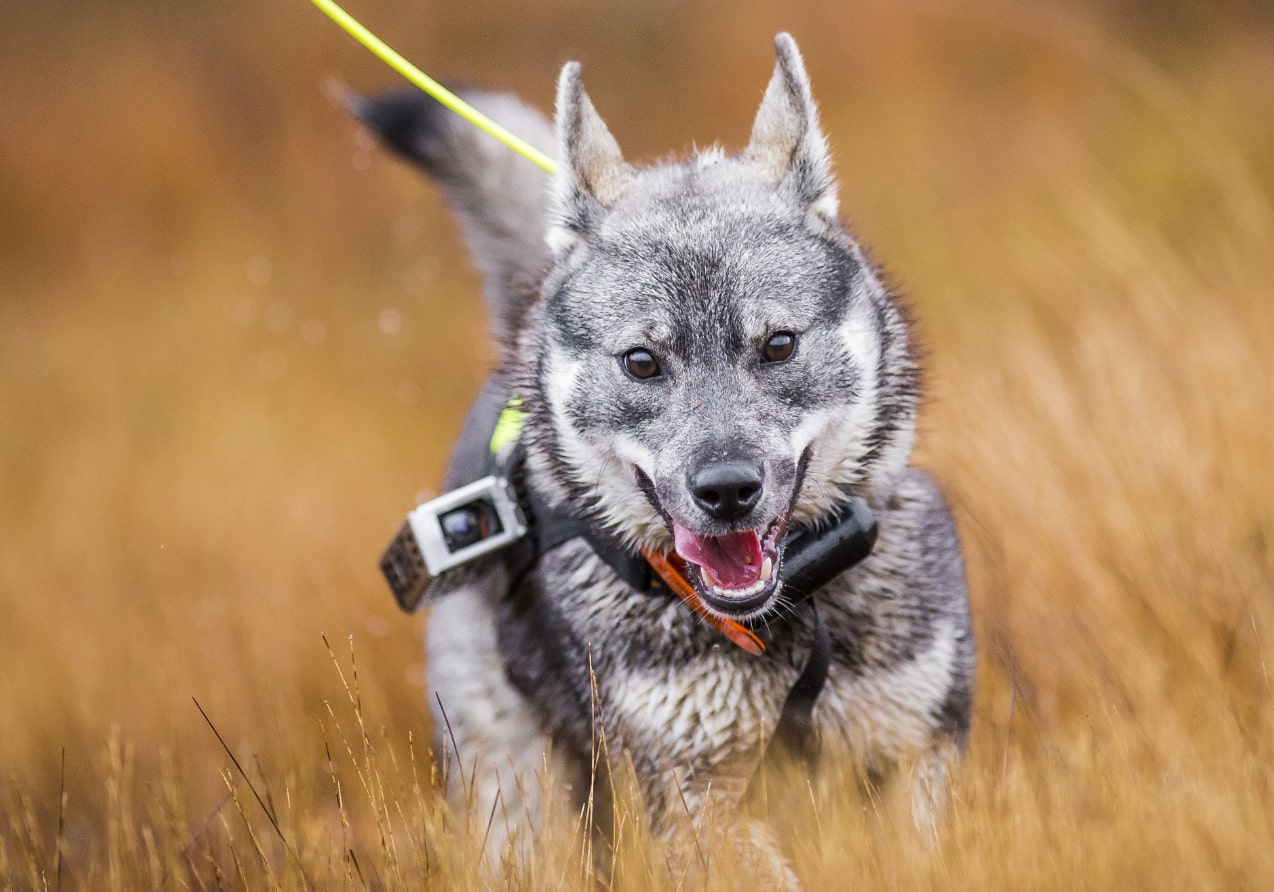 They helped him channel all of his brain power and terrier energy and he was almost immediately chosen to play Eddie on Frasier. He is often credited as part of the reason for the show’s immense success. And producers “complained” that Moose got far more fan mail and requests for autographs than all of the humans in the cast.

I would be remiss if I skipped this big guy who stole hearts in both the of the Beethoven films. An enormous, slabbery St. Bernard, Beethoven is played by Chris the Dog (though he appears only in the major motion pictures and not the “direct to TV” films made later on).  Owned and trained by Karl Lewis Miller, he came from a long line of other smarty pants dogs living in the same household. Miller trained the dog starts of films like Babe andCujo.

It is amazing to think that the dog weighed almost 200 pounds and was able to pull off two films, back to back! 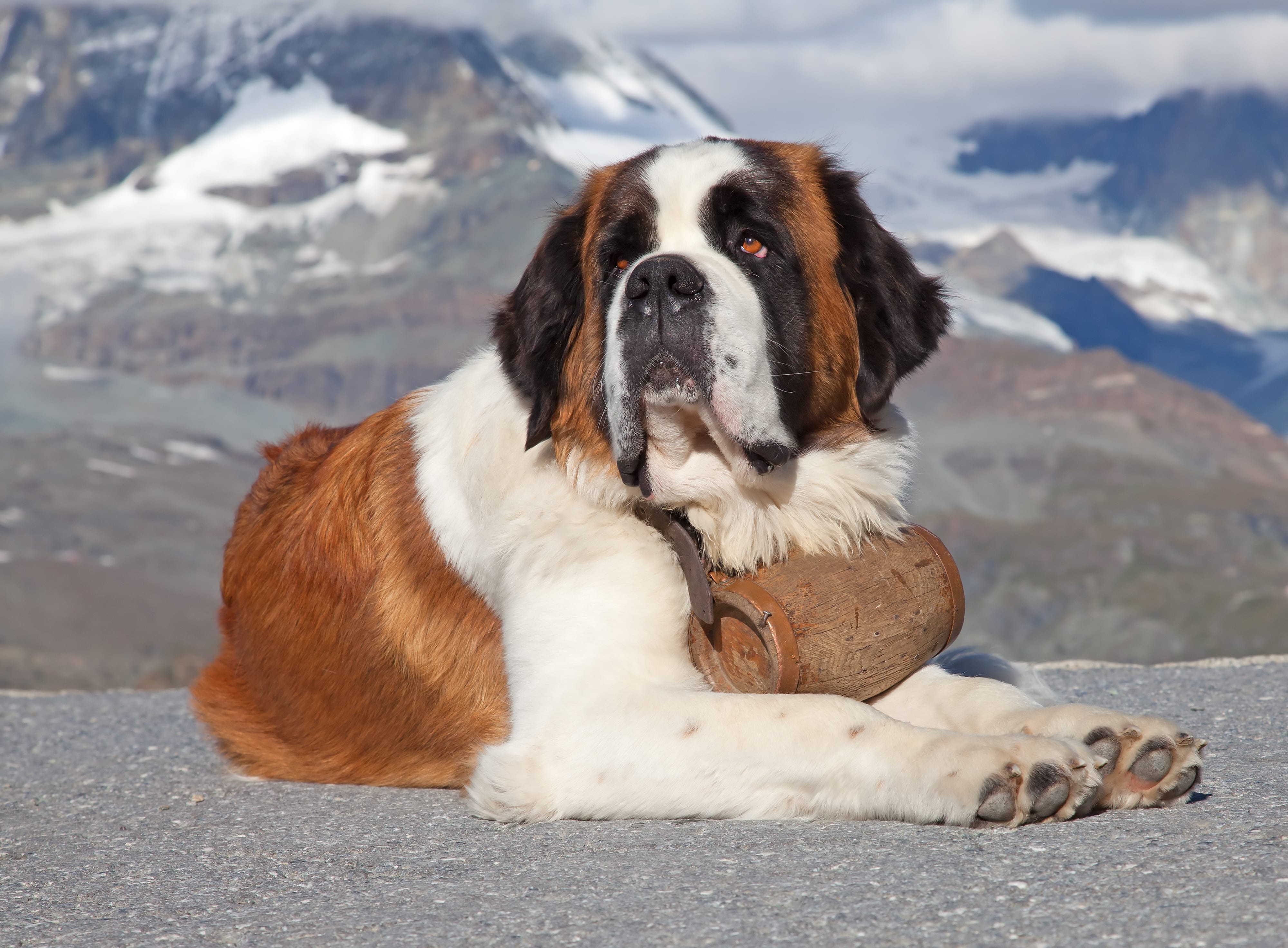 There you have seven dog stars of TV and movies. I know, I skipped Marley, The BEAST from Sandlot, Einstein from Back to the Future, all of the dogs from Best in Show, Cujo, Snots from Christmas Vacation, Shadow and Chance from Homeward Bound, Milo, Old Yeller, Hooch…oh the list just goes on and on. As I said before, let me know about your favorites and maybe we can do a follow up of “7 More Famous Dogs”, or maybe even 17 more…there’s just too many favorites to choose.