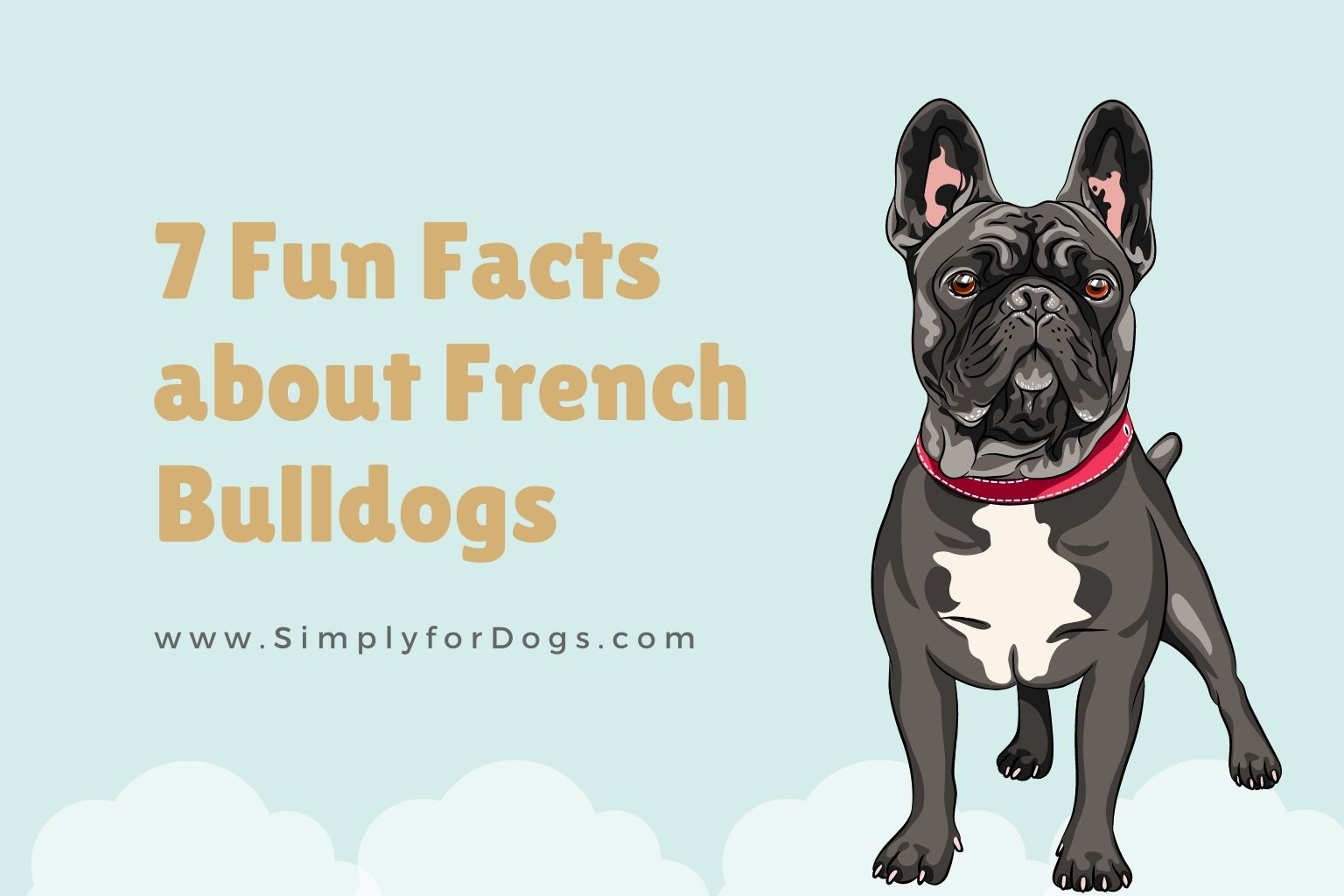 My readers know I love all breeds of dog, but that I have a particular affection for Boxers. Janice and Leroy are full of the energy, curiosity and loyalty (along with plenty of goofiness and sweet natures) that make this breed a long-time favorite. Yet, even I find myself heading over to Instagram to check out the many French Bulldogs who have managed to attain celebrity status on the site.

From Manny with more than one million followers to the tiny Theo Bonaparte, the breed has proven itself to be remarkably photogenic and appealing to those using social media. Yet, it isn’t just the looks that bring the followers. Fans of animals on social media were introduced to one of the more, let’s say “boisterous” French Bulldogs in the summer of 2018. Known as “Walter Geoffrey the Frenchie”, he took the world by storm with his astonishing operatic skills.

It took a single video of Walter “singing” in the front seat of his owner’s car to bring near instant fame. Soon, memes, GIFs, and special mixed cuts of his melodies were almost everywhere. And while the sound of his voice and dramatic poses he assumes while performing are certainly appealing, it is his French Bulldogginess that is the real key to his success.

As a Frenchie or French Bulldog, he has the characteristically charming face, stout body, and larger than life attitude that has led this breed to become one of the most popular breeds in the current era. In fact, a PBS report in early 2018 indicated that the Labrador Retrievers were still #1, but that French Bulldogs had experienced a sharp leap in popularity. The report noted that “while German shepherds and golden retrievers hung onto the second and third spots in new American Kennel Club rankings…Frenchies hit a highest-ever No. 4…”

It has taken less than twenty years for French Bulldogs to reach such a high spot on the lists, having been much farther down (hovering around the 75th spot) for many decades. They are also one of the most popular dog breeds in the UK, standing at #6 in latest tallies.

What’s So Amazing about French Bulldogs?

So, why all the sudden fuss?Ask fans of French Bulldogs why they love the breed so much, and you’ll hear a long list of reasons. For some, it is their smaller size that makes them a good choice for apartment-dwellers and those with small homes or yards. They are easier to travel with and might even be fairly described as “portable” since they don’t mind being transported in any type of carrier.

Of course, those who love any of the “bully” breeds may adore the French Bulldogs for that alone; loving their build, facial features, and temperaments. Of course, most bulldogs are noted as being very low maintenance, requiring little more than an occasional bath, weekly brushing and some dental and nail care each month. The carriage of their ears keeps risks of ear infection to an almost non-existent level, but they are not unlike many other breeds and have some health issues to consider.

And though they might come with a few medical concerns or risks, they don’t need a lot of exercise to keep them in good condition. In fact, they are among the breeds ideally suited for a couch potato lifestyle. A single hour of exercise each day can be perfectly adequate to their need for physical and mental stimulation (which is also why they are a favorite among older and even elderly owners).

Yet, above all of this is their personalities that keep the French Bulldogs persistently climbing the charts in terms of most popular breeds. Great fans of kids and remarkably social in general, these little dogs are among the few smaller breeds to do just fine in the hustle and bustle of everyday family living. They are even fans of cats, and if socialized with them early in life can end up being the biggest cat fan in your household!

Their friendliness and tendency towards socialization also makes them ideal for travel and every day errands. They like to meet new people and new dogs and are often described as behaving like little clowns; going for the quick laugh and social fun. 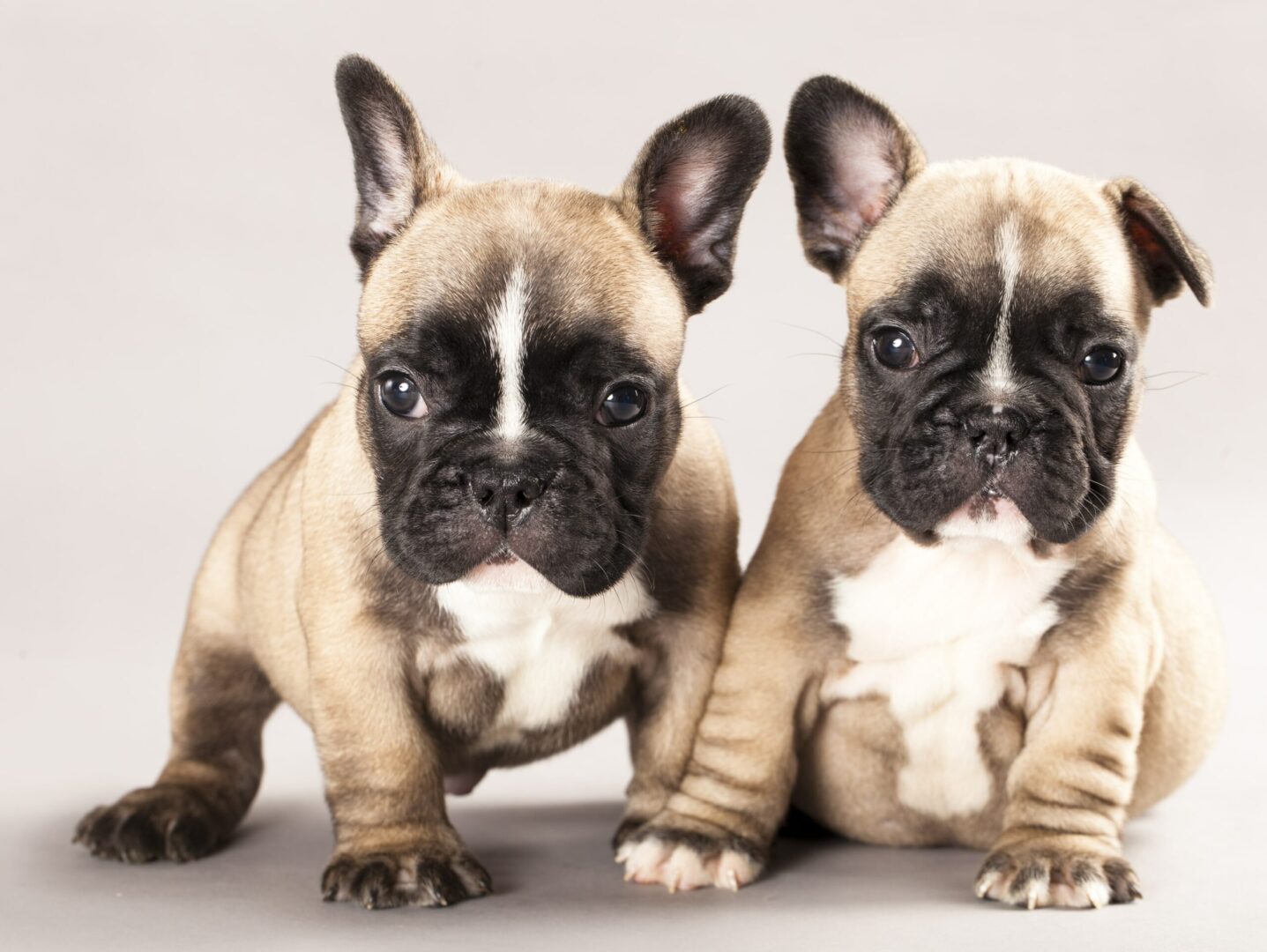 Here’s the thing, and it is something I persistently remind readers when speaking about any breed in my periodic “Spotlights” – there are always pros AND cons to almost every breed. There is no universally perfect dog for every situation or scenario. That is as true of French Bulldogs as any other, and it is important not to get so carried away by their personalities and amazing good looks that you forget to ensure you are a good fit as an owner.

It takes only a few minutes at the AKC page for the breed to figure out if there are health issues or other concerns that might steer you away from a French Bulldog for your family.

For instance, the AKC warns that because “of their front-heavy structure, Frenchies cannot swim and should never be left unattended near a tub, pool, or body of water. Like all flat-faced breeds, Frenchies are prone to breathing problems and do poorly in hot or humid weather. Flat-faced breeds are also more sensitive to anesthesia. Frenchies occasionally have eye conditions such as cherry eye, juvenile cataracts, or entropion, and skin allergies and autoimmune skin disorders also are known to occur.”

Keep in mind that they can also be prone to overheating, and breeding females face the risk of cesarean section because puppies’ heads are often too big to pass easily through the birth canal. Potential owners are also told to get hip, patella, and ophthalmological evaluations along with a cardiac exam, too.

Yet, there is one tidbit of advice from an expert in French Bulldogs that I particularly love, and feel it has to be said about any trendier breed: “It is important that when looking for a baby to adopt, one should be more vigilant about finding a friend rather than being more concerned about following the trends.” This is sage advice since it is not unusual for those who adopt a breed without also considering the specifics about it, may not get what they expected.

As a prime example, I refer back to Walter that singing French Bulldog I mentioned earlier. While millions of us busted a gut laughing over his antics, in the now famous video we hear the owner say several things. “Walter, you’re getting me in trouble” is one and “Walter, stop embarrassing me” is another. It’s true…I think I would have approached someone whose dog was making such mournful and bizarre sounds to ask if she needed help. Most of us would respond to such sounds, and that is something to think about when adopting a dog.

While not all Frenchies will throw their heads back and belt out arias, they may make odd sounds, have respiratory issues, run into health problems or even behave in a way not at all Frenchie-like. After all, they are unique creatures like all of the rest, and so you need to be sure you are prepared to take on the risks when adopting a fur baby or new pal for the family.

This is true of all breeds, but especially if you are counting on characteristics like those you see in the many famous French Bulldogs appearing everywhere. The breed is never a 100% guarantee of the typical traits or characteristics, so you should take your time to find breeders with pups likely to reflect their parents in terms of temperament, health and appearance.

Now, I’m not trying to ruin the fun around Frenchies. I agree with anyone who feels they are fantastically funny and good looking. I agree that they are a great addition to any home that is ready for a dog or a new pup to add to the mix. They really are just plain old fun – fun to look at, fun to interact with, and fun to learn about. So, as I promised 7 fun facts about them at the start of this article, let’s be sure you get them now!

The 7 Fun Facts about French Bulldogs

So, you know all there is to know about Frenchies, their personalities, health issues and celebrity status. If you’ve been considering adopting one, you should have a better idea if you are a good fit as an owner. If not, don’t despair, their status as some of the reigning champions of social media means you can easily get your Frenchie fix at almost any time you’d like, whether it is Manny donning his latest fashions or Walter belting out a new and enticing tune!