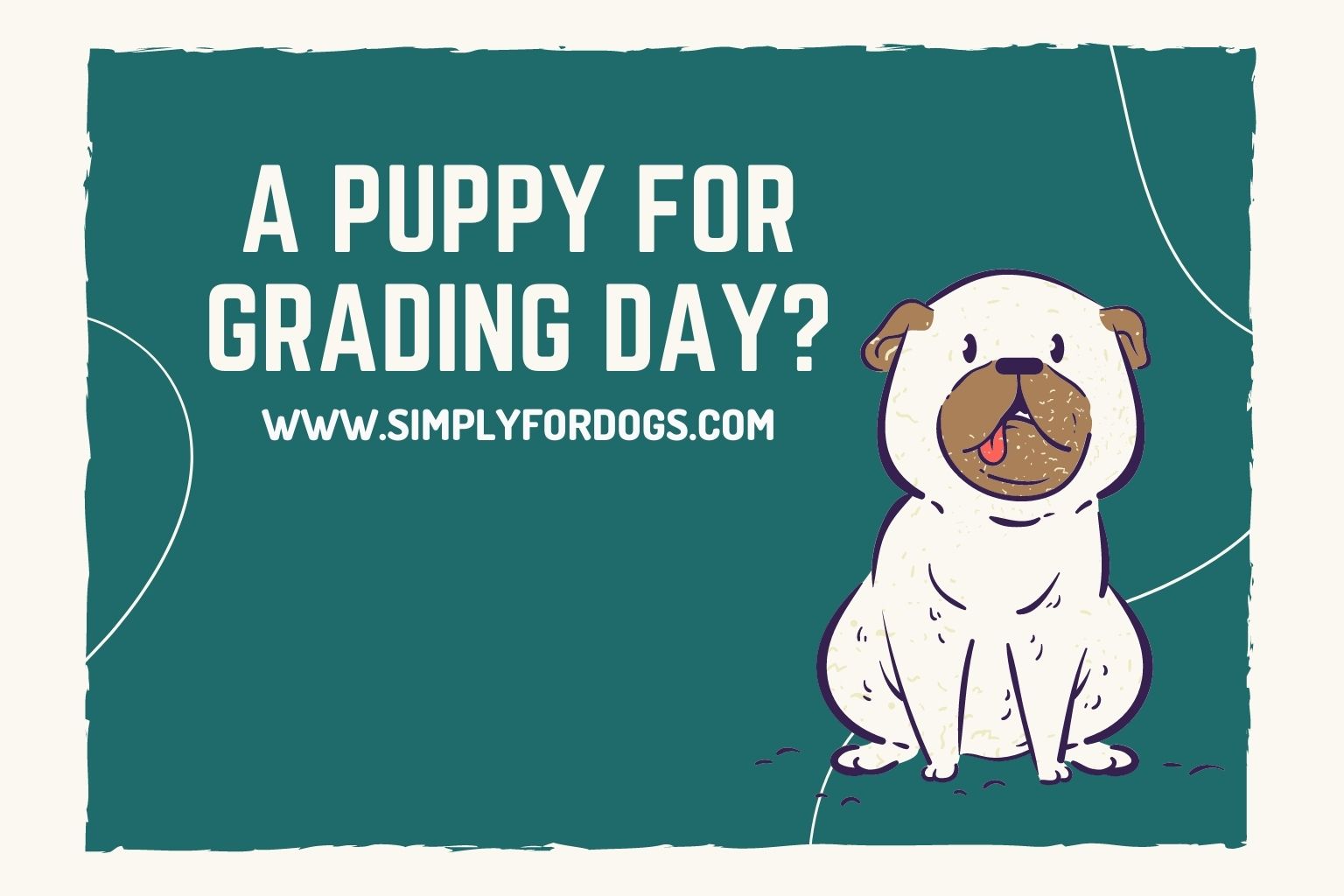 I’ve never wanted to be one of those people who starts sentences with “When I was a kid…”, but honestly, I don’t get the “Grading Day” thing. It seems like we use every possible occasion to shower our children with gifts. We spend at Easter the way people used to for Christmas, and Christmas like… well, like super-mega-Christmas.

And now, every time a child moves up a grade, there has to be a major present. Usually it’s a bike. Sometimes it’s a puppy. So, with June right around the corner, are you thinking of a puppy as a grading day gift? There are some things you should think about.

Do Not Buy a Puppy on Impulse

This applies to any time of year; not just Grading Day. We’ve all seen the heart-warming Christmas ads, for example, where a box with a bright red ribbon is opened to reveal a puppy, and everyone just melts, and then the camera pans to all the other fabulous gifts under the tree, brought to you by Insert Name of Retailer.

What you don’t see, is a few weeks after New Year’s, that same puppy being re-homed or dropped off at an animal shelter because it was brought into the home on impulse. A puppy is a commitment, not a toy you can throw away when it doesn’t work exactly the way you hoped it would.

If you’re doing a “staycation” this summer, then that’s great. It means that you will have time to get the new puppy used to your household and work on training. If you’re planning on travelling, though, this is not the best time for you to be thinking about a puppy. Puppies (and adult dogs too, for that matter) can often become very confused in unfamiliar surroundings, and can become lost. So if you’re not staying at home, or at least vacationing in one spot, then you might be better off providing your kids with a Grading Day IOU for one puppy, redeemable when you get back home.

Yes, yours. “No, Mom and Dad, I’m not willing to make sure that the dog is walked regularly, and you should never count on me to make sure he is fed and watered,” said no child, ever. And there’s no point in trying to badger them into doing it – that never works. If you are giving your kids a puppy for Grading Day, then you are going to have to accept that you will be its primary caregiver. Are you ready to make that commitment?

Even if you have the most responsible kids in the entire world, and they really do assume the responsibility of looking after the dog, chances are that they will grow up and leave home before the dog has lived out his life. If you are not willing to ultimately care for the dog, then don’t get the puppy.

Sound the Kids Out

Most of the time, kids and dogs go together as naturally as peanut butter and jelly, but if you have more than one child, make sure you know how each one feels about getting a puppy. I’m thinking that in 99.9% of cases, everyone is going to be onside, but if a child seems cool to the idea, find out why, and consider your decision very carefully.

Don’t Jump on the Trends

“Mommy, I want a dog just like in that Air Bud movie!” Well, okay, that dog was a Golden Retriever, and they make wonderful family pets. But a puppy should not be a fashion statement or a trendy toy.

I’m not dissing Disney, but all manner of Dalmatians ended up in animal shelters after the live-action 101 Dalmatians movie. People adopted them, and found that they weren’t up to dealing with the high energy level of the dogs. Snappy little Chihuahuas got the same treatment after the wildly popular Taco Bell ads, and shelters were filled to overflowing with headstrong Jack Russell terriers named Eddie thanks to the TV show, Frasier. Think carefully about the type of dog that will best suit your family – all puppies are cute, cuddly, playful and adorable, but they can grow into dogs that might be a bad fit.

Stay Away From Pet Stores

I have touched on this in other blogs, but it bears repeating. Do not buy a puppy from a pet store. They almost always come from puppy mills where conditions are horrible, when you buy one, you are setting the stage for another breeding at a facility where often, dogs are never let out of cages, and are bred over and over until they can no longer produce. Then they are killed.

Puppies from pet stores often come with health issues, too, due to in-breeding. And you will never have any recourse. You will be out a ridiculous amount of money for an animal that no responsible breeder would ever sell to you in the first place.

Find a good breeder. You don’t have to buy from AKC registered breeders – this is a myth. Any dog can be registered, provided that the parents were, and registration does not always mean a quality animal. Make sure, though, that you can visit the puppy’s parents and if possible, see the rest of the litter. If a breeder wants to meet you in the Wal-Mart parking lot and hand over the puppy, just say “No thanks” and look elsewhere.

You’ve heard this statement applied to a lot of things, and it is also true when it comes to giving your kids a puppy for Grading Day. Don’t make the decision lightly, thinking that if it doesn’t work out you can always re-home the puppy or turn it over to a shelter. This is beyond irresponsible.

If you’re confident that you’re making the right decision, though, go for it! Along with the new puppy, you might want to include a puppy toy box from ThinkPet. It contains five different kinds of toys that your kids and their new puppy will love playing with together. The retail price on this gift is $50.00, but Amazon has it now for $22.94, and the shipping is free – you can even have it gift wrapped at no charge, so it’s perfect for Grading Day!

A puppy can be the perfect Grading Day gift, assuming that the whole family is onside with the idea, and that you will have time over the summer to get your puppy trained and used to his new home. Good grades, happy kids, and a forever home for a dog – does it get any better?