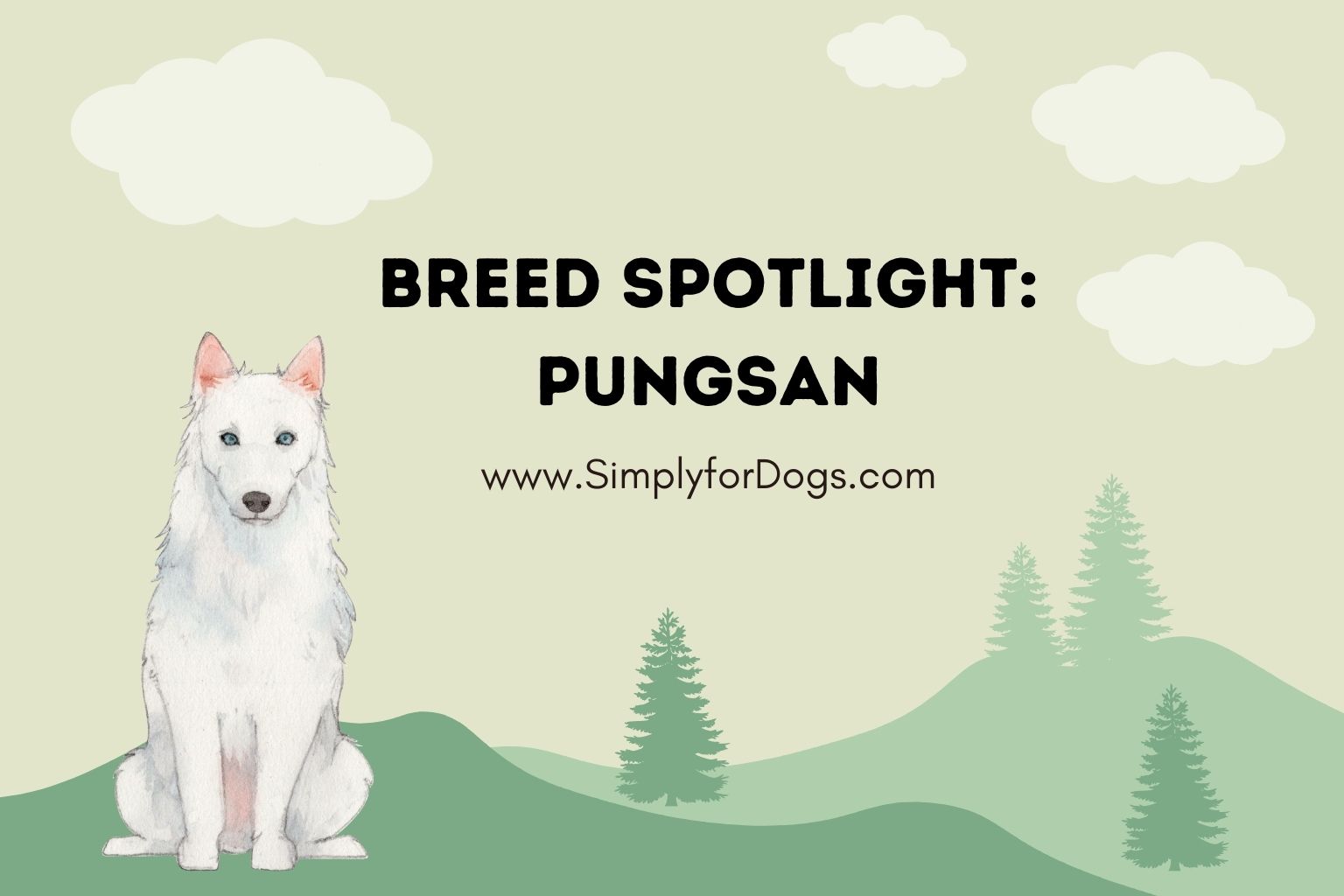 As someone interested in dog breeds of all kinds, I sit up and pay attention when I hear of a breed that is unfamiliar or exotic. That’s why I was excited to hear about the Pungsan…actually two Pungsans! A recent article from CNN explained that peace talks between North and South Korea resulted in the North Korean leader Kim Jong Un presenting South Korean President Moon Jae-in with “two rare Pungsans, Korean hunting dogs…as a token of the growing friendship between the two countries.”

Now, I’m not all that keen on dogs as gifts. In fact, I’d agree it is a lousy idea. However, over the centuries in which humans and dogs have co-existed, lots and lots of people have received pups as presents. In fact, one of the rarer breeds I profiled in the recent past, the Pungsan, remains rare because it can only be received as a gift. They are not available for purchase and are given by tribal peoples or current owners. It was in the 1970s that a breeding pair was taken from Africa and the breed began to become more recognized.

I’m sure there are other breeds with a similar back story, and I am equally sure that dogs are often gifts between nations, governments and other groups. In the case of the two Koreas, the dogs (Songgang and Gomi) arrived in the village at Panmunjom after the wife of the North Korean leader suggested it during a state visit in August 2018.

As the CNN article explained of the gift, “Dogs have historically been a symbol of thawing ties between the Koreas. In 2000, Kim Jong Il gave two Pungsan puppies — named Uri and Duri — to Kim Dae-jung. The South Korean leader returned the favor with two Jindo dogs named Peace and Reunification.” The first pair of Pungsans lived for roughly 13 years in a luxurious setting in a South Korean zoo, but the new pups will live out their lives at the Blue House along with the rest of South Korea’s first family menagerie, including a cat and another dog, as well as the family’s other Pungsan, Maru.

The History of the Pungsan

Known as a national treasure in North Korea, it is one of the only breeds developed in North Korea (one of the other is the Jindo). It is exceedingly rare and not often found outside of the country. As one expert explains, “most believe that this breed was developed as a hunting dog for large game at some point during the Joseon dynasty, which lasted from 1392 until 1897. Many people claim that the Pungsan was ultimately the result of dogs mating with wolves” and that they were once used to hunt game and predators as threatening as panthers!

There are even some legends claiming that a single Pungsan was able to defeat a Siberian tiger. Luckily for the Pungsan and Jindo breeds, the Japanese government also viewed them as official dog breeds, and they were spared from the mass slaughter that a third Korean breed, the Sapsaree, faced throughout that period. It is believed that close to 1.5 million Sapsaree were destroyed for their coats during the war. The Sapsaree was spared from oblivion and restored beginning in the 1960s.

For the Pungsan, the end of the war meant that most of the purebreds were caught in the north, and though the breed was declared a national treasure, and their numbers plunged further with the outbreak of the Korean War. Luckily, the government made tremendous efforts to re-establish the breed at the end of the war, but as relations between North and South Korea deteriorated, and as North Korea withdrew from public and global interaction, news or information about the Pungsan breed grew slim to non-existent. What is known is that they played a key role as military dogs while also remaining a national treasure to the North Korean people. 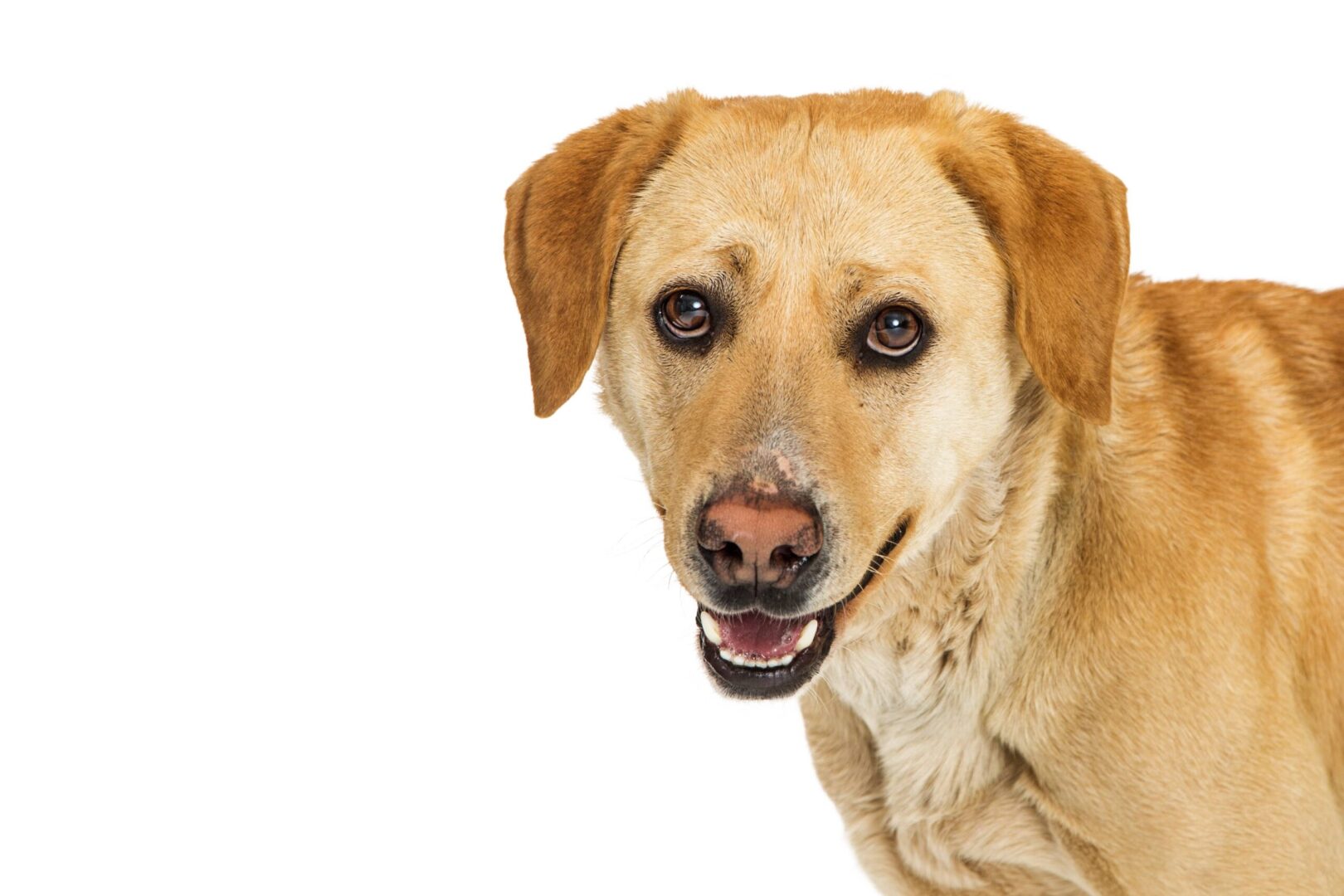 It was not until the year 2000, when talks between the North and South re-started and Kim Jong Il gave two Pungsans to South Korean President Kim Dae Jung in 2000 when the two leaders met for the very first inter-Korea summit.”

Today, the breed remains rare, but is treasured in North Korea and the region. As one pet expert explains, “Pungsans remain valued as hunting and companion dogs within North Korea. The North Korean government claims that the numbers of Pungsans remain stable today. While its close “cousin” the Jindo, is recognized by the Federation Cynological International (FCI), the Pungsan is not, and remains unrecognized by any major kennel clubs.”

The pups are often smuggled across the Chinese border, and even when obtained from breeding pairs outside of North Korea, there is sharp demand for them. They are also legally and frequently imported to locations like the US and the UK, but again, you will find strong competition if you wish to adopt a pup.

With a life span of 12 to 15 years, this breed lives a bit longer than other larger dogs. The males and females are of similar size and proportions with heights of 21 to 24 inches and weights between 45 and 68 pounds.

Sweet faced and bright eyed, they are often compared to Spitz dogs in their general appearance. They are medium to large in size and longer than they are tall. They have a boxy shape and a very muscular build, and even the females are given to larger, deeper and broader chests. Their sturdy legs are quite strong and capped by appealing round paws, and their relatively broad foreheads give their face and head a triangular shape. They are usually creamy white and feature black lining around the eyes and the lips, as well as a black nose.

They have medium sized ears in the prick style, meaning they stand up high on the head, and they enjoy a somewhat bushy curled tail that rises nicely over their rumps.

One thing to know about the Pungsans is that they are quite dominant, which is quite natural with courageous hunting breed. They are great within a family – as long as they have been raised by them – and are excellent protectors and guardians of both family and the home, in general. They are not recommended to those who lack experience with dogs and dog training, and they will only thrive if owned by someone with consistency and a firm hand in their training.

In other words, “owners need to set the rules and stick with them”. Doing so will garner an owner an unsurpassable amount of respect, obedience and loyalty from their Pungsan. They can live with other dogs, and do well with fellow Pungsans, but it should be noted that they have a remarkably high prey drive.

This is not a breed for an inactive household and most Pungsans need at least an hour of serious exercise and training each day. The bored Pungsan is the destructive Pungsan and they can be amazing escape artists indoors and out. Keep in mind that they are not the type to exercise themselves and will become destructive if left alone too long or bored.

They prefer to be indoors with the family and will not do well if relegated to a kennel or backyard, where they are apt to dig their way out from beneath a fence or climb a wall and escape. The goal is never mischief but is instead to be reunited with the family or owner. They can be apartment dwellers, but they’ll only adjust to this lifestyle if they are walked (run) enough each day.

They are great for those who enjoy at least an hour of rigorous walking, jogging or running. They are great for running alongside bikers, and they can be ideal incentive if you wish to stick to a workout routine because they absolutely require a lot of daily exercise. As one expert said of this issue, “Without this type of exercise they will become destructive and hard to handle.” Yet, it is important to remember that it is the human who must always remain “in front” during outdoor exercise, even on a bike. Why? This Pungsan is ready and willing to take over at any time, and as it is “canine instinct for the leader to go first. If you allow this dog to take over, you will have big problems on your hands.”

And it bears repeating that they may be okay with other pets, but only if raised together. If your Pungsan is a dominant type, they might always have issues with other dogs. Many have trouble living with other, non-canine pets, and that is why they are not recommended for homes with existing, dominant or adult dogs and homes with small animals.

They look to human owners for leadership and reassurance and are affectionate with family children, though they do need proper socialization. They typically ignore strangers allowed in the home and take guidance from owners as to whether or not a stranger poses a threat or is welcome. They do not bark often; usually only when necessary, and one expert says that their vocalizations are incredibly odd, describing them in this way: “one of its defining features is that these vocalizations will sound like a chicken laying an egg.”

Noted as so intelligent that they are one of the easiest breeds to train, they will be a bit more demanding where grooming is concerned. They need brushing a few times per week as their medium coat is prone to twice-annual blowing out. Their double coat has the classic finer undercoat and longer, tougher outer coat. However, the Pungsan have such a protective outercoat that they are comfortable, even happier, if they can sleep in snowy conditions.

They benefit from a periodic bath, but they do not often develop any dog odors or smells. Additionally, you’ll want to keep an eye on the conditions of their ears, nails and teeth and familiarize them with handling of their feet in order to keep their nails in good shape. These are stubborn dogs that will not enjoy sudden changes in behaviors, such as your grabbing their feet, prying open their jaws or poking about their ears. They need to be slowly introduced to such actions, and it is best to acclimate them to this when they are young. Bathing and grooming sessions are an ideal time to perform such head to toe examinations.

No matter the overall health of any particular breed, dogs can and do suffer from genetic issues to other diseases and health concerns. However, the most common health concerns known in the Pungsan breed include:

It is a bit difficult to get an accurate portrait of the Pungsan pup you are adopting if you are working with breeders outside of the UK or the US. As I always advise, you’ll want some sort of qualifications from the breeder that the parents have been screened for the most common issues relating to the breed.

If you are inexperienced with dogs, the Pungsan is not for you. They are one of the world’s toughest dogs, able to deal with mountainous conditions, enormous prey and game, and bitter cold. They are smart and stubborn, but undyingly loyal to a dedicated owner or family. They are rarely aggressive, except with strangers and will come to love children if raised with them. They can require a lot of grooming during shedding season and need at least an hour or more of exercise every day. You must be patient and generous with your time when raising and training a Pungsan, but their beauty, loyalty, intelligence and wonderful personalities make them a highly desirable breed. A national treasure of modern North Korea, they exist in larger numbers in South Korea than many other locations. You may find it difficult to locate breeders in the US, but online searches are a viable option.