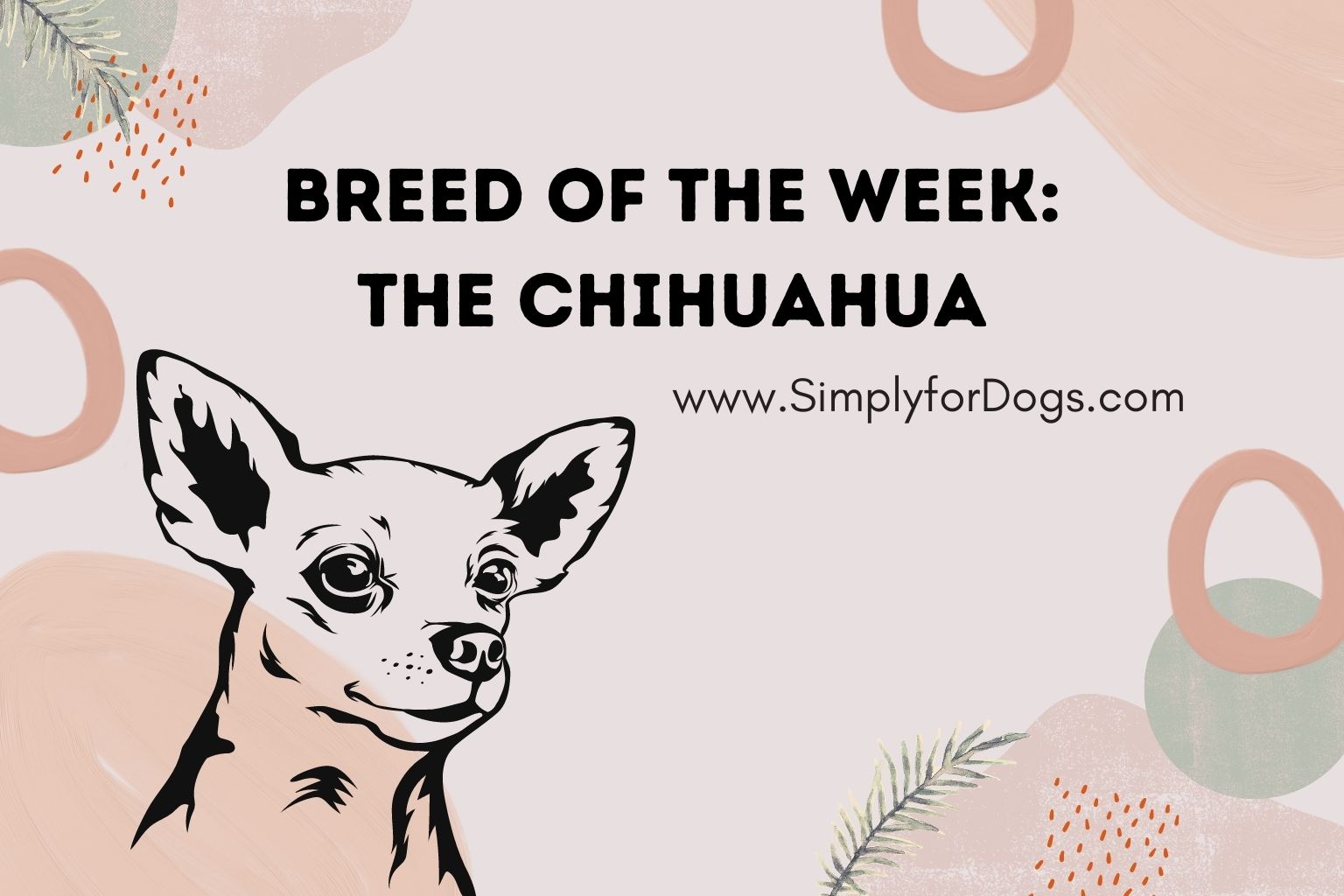 As I keep pointing out, my preference is for large breeds, although when I’m doing my “Breed of the Week” posts I try to achieve a mix of small, medium and large (see, for instance, Breed of the Week: The Great Pyrenees and Breed of the Week: The Sheltie). This time around, despite my personal bias, I want to talk about the Chihuahua, probably because any Chihuahua I’ve ever met has seemed to be firmly convinced that he’s at least ten times as big as he really is!

These little dogs have such heart! Tough as nails, and more than willing to take on just about anything. I often think of the Taco Bell commercials of years ago, featuring little Gidget, the Chihuahua who is going to capture Godzilla, if only she can find a bigger box to put him in. That’s Chihuahuas in a nutshell.

Gidget, as I understand, has long since gone to the Rainbow Bridge, but her legacy lives on in these incredibly brave, strong-willed little dogs. So, without further ado, let’s talk about the Chihuahua.

With many dog breeds, the origins aren’t really known, and it’s no different with the Chihuahua. One theory is that the Chihuahua came from a South or Central American dog, the Techichi. Art from the Toltec period shows dogs that resemble Chihuahuas. Then, when the Toltecs were conquered by the Aztecs, the dogs sort of came along as part of the spoils. The Aztecs believed that the Techichi had mystical powers – the ability to heal the sick, guide the souls of those who had passed to the underworld, and even see the future.

Then, when the Spanish conquered the Aztecs, the Techichi pretty much faded into obscurity.

Another theory is that these little dogs were actually brought to Mexico by the Spanish, and then bred with local dogs to give rise to dogs very much like what we know as Chihuahuas today.

It probably doesn’t matter much which theory you believe. What we do know is that the Chihuahua as he is known today comes from Mexico, having been discovered by American visitors around the middle of the 19th century. The breed was registered with the AKC in 1904, and became very popular in the 1930s and ’40s.

Chihuahuas generally weigh anywhere from 3-6 pounds. Some are smaller – these would be teacup varieties, which are actually bred for freakishness (see Why You Should Walk Away from Teacup Dogs), not for health or other desirable characteristics. Some Chihuahuas can weigh as much as 12 pounds, and a few even more than that.

Chihuahuas are confident and bold. They are also very sensitive, and respond very favorably to affection. They are often “one person” dogs, and despite their size, will do all that they can to protect you if they think you are in danger.

I’ve often pointed out that all dogs should be socialized when they’re young. I’m not changing my mind when it comes to Chihuahuas, but I’d have to point out that the dangers of not socializing a Chihuahua are considerably less than, say, not socializing a Rottweiler or a Pit Bull. After all, if a Chihuahua bites you, what’s likely to happen? Assuming that the dog has had his shots, you just need to get out the Bandaids.

That said, though, if you want your dog to be able to get along with other people, you should still work to expose him as much as you can to other humans of all ages, and also take him places so that he can get used to a variety of situations. It’s always best to have a well-rounded dog.

Chihuahuas are not prone to any particular health problems. Almost any breed, though, can be vulnerable to certain conditions.

This condition is also sometimes called “slipped stifles.” It occurs when the tibia and the patella (the kneecap) don’t line up properly. It can cause lameness, or an abnormal gait in which the dog seems to sort of hop or skip. Usually, the condition is present from birth. It is often correctable simply by moving the joint into proper alignment manually, although in severe cases, surgery might be needed.

This is low blood sugar, and it is more common in small dogs than it is in large breeds. It is very treatable provided that it is diagnosed early on, but if it is not diagnosed, it could actually end up being fatal. Symptoms include listlessness and shivering.  Chihuahuas often shiver for no apparent reason, though, so if your dog is shivering, you’re your vet. It could be hypoglycemia, or nothing to worry about. You can’t diagnose it yourself, though.

Puppies are often born with heart murmurs, and just as often, they grow out of them. My Janice and Leroy both had heart murmurs as puppies, and they are now strong, healthy dogs. Chihuahuas seem to be more prone to lasting heart murmurs than other breeds, though, so you might want to ask your vet to take x-rays or do an echocardiogram to determine if your Chihuahua requires special care in the form of a special diet or medication.

This is another heart issue. It occurs when the blood does not flow effectively through your dog’s heart due to a malformation in the pulmonic valve. It means that the heart has to work a lot harder to get the blood flowing, due to a blockage. In the worst case scenario, it could mean that your dog will develop an enlarged heart and might need surgery. The success of the operation depends on where the blockage is located. Most dogs will come through the surgery with flying colors and go on to live long, happy lives

The trachea is the windpipe, and a collapsed trachea is exactly what it sounds like – the trachea flattens, and the dog can’t get enough air into his lungs. If you can imagine trying to suck in something through a soda straw that has a bend in it, you have an idea of what this feels like. This condition can be corrected with surgery.

If your dog looks as though his head is too big for his body, he could be hydrocephalic. There is no cure, and seriously hydrocephalic puppies usually die within about 16 weeks. Although the condition is not all that common, it’s more common in Chihuahuas than it is in other breeds. This is why many breeders will not sell Chihuahau puppies before they reach four months of age.

Pretty much all babies are born with open fontanels – this is true of humans and dogs alike. These are soft spots on the head, and usually they close up. Every so often, though, you’ll get a puppy whose fontanels do not close. I’m not saying that you shouldn’t adopt a Chihuahua with open fontanels, but if you do, you will have to treat him very carefully for the rest of his life, because a blow to the head could kill him.

We talked about this above. You’ve probably seen these little guys, shivering like crazy. It doesn’t necessarily mean anything beyond the dog being a bit excited. Or cold. If shivering is persistent, though, it wouldn’t hurt to see your vet to rule out other causes. 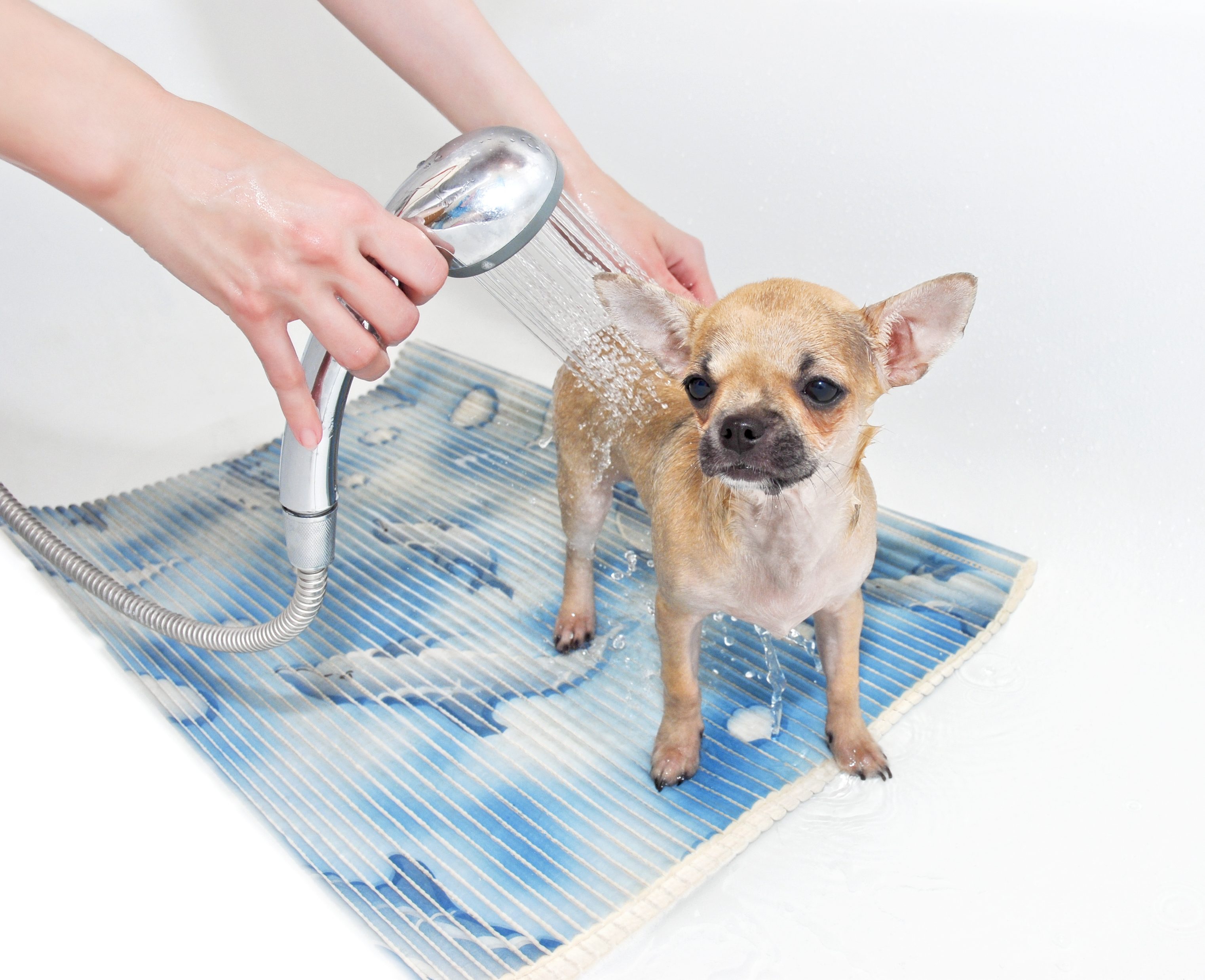 Chihuahuas are quite content to snuggle up at home with you, but they’re no different from other dogs in that they need exercise. Chihuahuas like going for walks, playing fetch, and chasing things. Because of their size, though, you shouldn’t leave Chihuahuas outside unattended to play – they can quickly be scooped up by hawks or harmed by other, bigger animals.

Chihuahuas can be short-haired or long-haired. They can also come in any number of colors – fawn is the most common, but they can also be black, chocolate, gray, black, silver and even tri-colored. Since they’re so small, though, Chihuahuas (whether they’re short-haired or long-haired) are very easy to groom. A bit of brushing for a long-hair does the job, and you might not have to do anything at all for a short-hair other than petting him. Your Chihuahua won’t shed much, either, and a brushing from time to time will keep it controlled. If you must bathe your Chihuahua, don’t do it more often than every couple of months – you don’t want to dry out his skin. Be sure, too, to use a doggie shampoo that’s formulated for sensitive skin.

Of course you should check those adorable bat-like ears regularly. Make sure that there’s no redness or odor that might indicate infection. Clean your Chihuahua’s ears with a veterinarian-approved solution, and don’t dig deep into the ear.

You should also make sure to keep your Chihuahua’s nails clipped. You won’t have to worry about being hurt if he jumps on you, the way you would with a bigger dog, but he’ll be more comfortable if his nails are kept short. If you’re hearing “tick-tick-tick” when he walks across a hard surface, it’s probably time to clip his nails.

Chihuahuas typically love kids, but it’s not always a good mix. I really wouldn’t recommend a Chihuahua as a family pet in a home where there are children under 8. This is simply because even a toddler is a good bit bigger than the average Chihuahua, and a young child could hurt the dog without meaning to.

The other thing is, if a Chihuahua isn’t being handled properly, he could get snappish. This isn’t really the kid’s fault, or the dog’s fault – it’s just something that can happen. A lot of breeders, in fact, won’t sell Chihuahua puppies to families that have young kids, out of concern for the dog. It’s generally best, if you want to bring a Chihuahua into your home, to wait until your kids are old enough to know how to gently handle a dog.

Even then, you should make sure that your kids only handle the dog if they’re on the floor – that way there’s no danger of the dog getting dropped. You should also always make sure that kids of any age are never left alone with any dog, for the safety of both the dog and the child.

As to other pets, Chihuahuas typically do well with other dogs, and cats as well, provided that they’re introduced early on. In fact, it’s not all that unusual for the Chihuahua to end up being the boss, and honestly, it’s pretty funny when you see a 3-pound Chihuahua telling a 120-pound Rottweiler, “As a matter of fact, I am the boss of you!”

Chihuahuas are usually utterly fearless, but very affectionate. They’re easily trained, good with kids, and also with other animals. They’re small, though, so keep that in mind. Fierce as they can be, Chihuahuas can be easily injured, so make sure that you look after them when they’re around other people and bigger dogs. And for God’s sake, if you’re going to do like I do and sleep with your dogs, be careful if you roll over in the night!