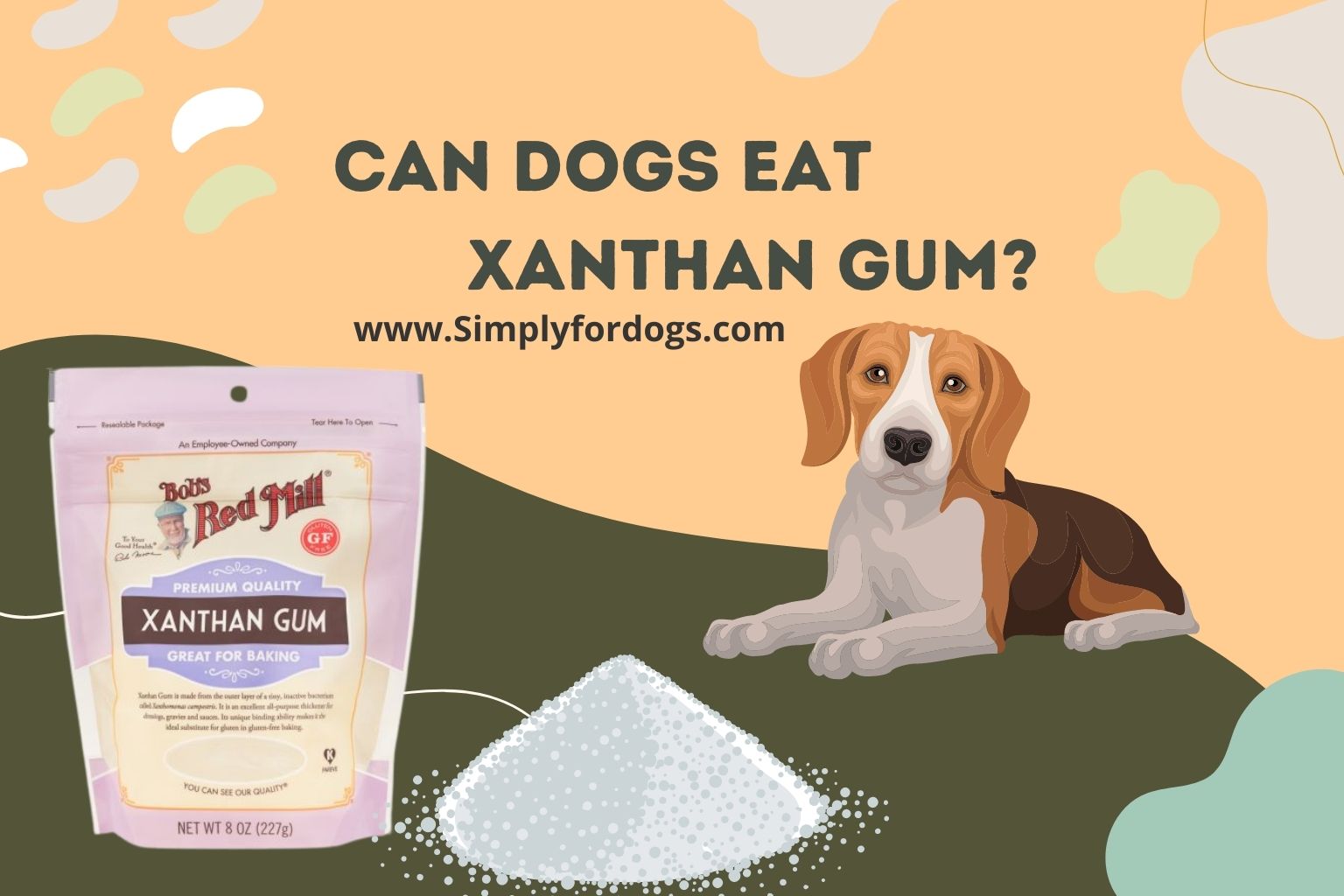 Food additives are nothing new. If we go back to times roundabout in 1500 BC, they were first used in ancient Egypt. These were probably some spices or salt. To put it briefly, people in the past were also concerned about preserving their food and keeping it fresh. Enhancing taste or making the food appetizing in appearance was probably not on their list of the uses of a food additive.

But let’s talk about their impacts on health. Are they safe to consume? Is it okay to replace fresh human foods with processed foods? What about canned dog food or cat foods with food additives?

There is no one-word answer to any of these questions. Some are healthy; some have zero nutritional value. Some are safe for humans but not safe to add to pet products. In this case, pet food manufacturers need to be cautious while making canned pet food.

What Is Xanthan Gum?

A common food additive used as a thickening agent named xanthan gum is often perceived as chewing gum by many people just because of its name. But it’s nothing like that.

It is made from a carbohydrate source. It is fermented using a naturally occurring bacteria, Xanthomonas campestris. Isopropyl alcohol is then used to precipitate xanthan gum from the fermentation broth. This suspending agent is then filtered and dried to get white powder, which we call xanthan gum, and has been used in many canned foods.

Is Xanthan Gum Safe for Dogs?

Many commercial dog foods have xanthan gum in them. If it was not safe for dogs, those foods must have been banned by now. But still, there is great controversy about whether it can be used in dog foods or not.

Nutritionally speaking, xanthan gum provides no calories or nutrients. Instead, one tablespoon of xanthan gum contains about seven grams of fiber which is not digestible. In the digestive tract, the fiber absorbs water and is converted into a gel-like substance. This gel-like substance inhibits digestion in dogs.

Why Is The Use of Xanthan Gum Is Controversial?

Can dogs eat xanthan gum-containing foods? There is a great fuss regarding this question.

Like guar gum and locust bean gum, xanthan gum is also used in gluten-free diets. The fact makes xanthan gum safe for dogs suffering from celiac disease (characterized by severe intestinal inflammation) as they can’t have gluten in their diet. Those who support the use of xanthan gum in commercial pet food use this fact as a plus point to support their statement.

Although fermentation is a natural process, so do the sources such as wheat, corn, soy, and dairy, the alcohol and other chemicals used in the process make xanthan gum bad for dogs. This is how the antagonists think. Therefore, they are against many commercial dog foods that make use of xanthan gum because they consider a highly processed food bad for the dog’s health.

Why Do Pet Foods Contain Xanthan?

Xanthan gum can be found in a variety of pet foods, the most frequent of which are wet foods and broths, milk replacers, sauces, and other liquid diets. It is used in these colloidal liquid products to avoid separating the dissolved substances from the fluid portion of the food. It also thickens, stabilizes, and emulsifies the canned dog foods and gives the food a creamy texture by blending all the food components together.

Difference Between Xanthan And Xylitol

Pet owners are often concerned about the safety of dog foods containing xanthan gum because they confuse the name “xanthan” with “xylitol.” They often ask if there is anything common in both because xylitol is fatal to dogs. There is nothing common in xanthan and xylitol; these are entirely different substances.

Xylitol is a compound that is used in sugar-free foods like sugar-free gum, candies, and baked goods. It is a naturally occurring sugar substitute but is highly toxic to dogs. If a dog eats xylitol, there is a rapid release of pancreatic insulin in his body. This potent release of insulin causes extremely low blood sugar levels (hypoglycemia). It can lead to liver failure and ultimately the death of the dog.

Symptoms of xylitol toxicity can appear within 15 to 30 minutes of xylitol intake. These include the dog being extremely weak and showing no movements at all, tremors, seizures, and coma. If people eat something poisonous, we often tend to induce vomiting in them. The same doesn’t apply to dogs. You can’t induce vomiting in Pugs and Pekingese because of the danger of aspiration pneumonia and electrolyte imbalance. But in case of emergency, you can induce vomiting after consulting the vet.

Although the name sounds similar, xanthan gum is safe for dogs and is used in many canned diets of both dogs and cats as an additive.

Xanthan gum can be beneficial to diabetic dogs in lowering sugar levels of blood as studies have shown its effect on reducing the rate of glucose entering the bloodstream. In addition, when the amount of sugars in the body is high, the surplus amount is converted into fats, including cholesterol. Therefore, reducing sugar levels helps prevent LDL cholesterol formation and blockage of blood vessels.

Xanthan gum contains fibers in large amounts. Due to this, it attracts water molecules and expands in the colon, stimulating the digestive tract to push stool through. In this way, it helps with constipation in dogs. It also creates fullness in the stomach because it is converted into a gel-like substance by absorbing water. The full stomach will cause the dog to eat less and thus also helps with loss of body weight in obese dogs.

Xanthan gum has also been examined to have anti-tumor activity and thus can also prevent cancer.

Possible Side Effects of Using Xanthan in Dog Food

There is no such disadvantage of canned foods or other dog foods containing this thickening agent that makes pet owners rush to a pet clinic. If dogs eat xanthan gum in moderate quantities, it’s safe for them. Issues arise when a dog has it in surplus quantity.

Most dogs have a little amount of this gummy-like substance in their food, so there’s nothing to worry about. Xanthan gum is never used in such an enormous amount that can lead to its overconsumption. But if a dog has tried to eat pure xanthan gum, he’s most likely to suffer from the following health problems.

Most dogs have sensitive stomachs and can experience loose stools after ingesting an inappropriate amount of xanthan gum. It has dietary fibers in large amounts, which help digest many foods but are not digested themselves. It can cause indigestion causing gas. Too much gas can induce vomiting, diarrhea, and the overgrowth of bacteria in the small intestine.

Too much intake can lead to a quick decrease in blood sugar level, but this occurs rarely.

Dogs might be allergic to xanthan gum. Well, actually, it’s not xanthan gum itself but the carbohydrate source used in its production that acts as an allergen. Dogs can be allergic to wheat, corn, soy, or dairy.

Wheat allergy can cause itchy red skin and ear infections. Soy allergy can cause self-trauma, obsessive licking, eyelids inflammation, and excessive sebum discharge. Corn allergy can lead to biting of the paws and skin irritation. Dogs can be allergic to lactose in milk which can cause many gastrointestinal problems as well as rashes with itching skin.

In case of any of the signs of allergy, reach for the pet poison helpline as soon as possible.