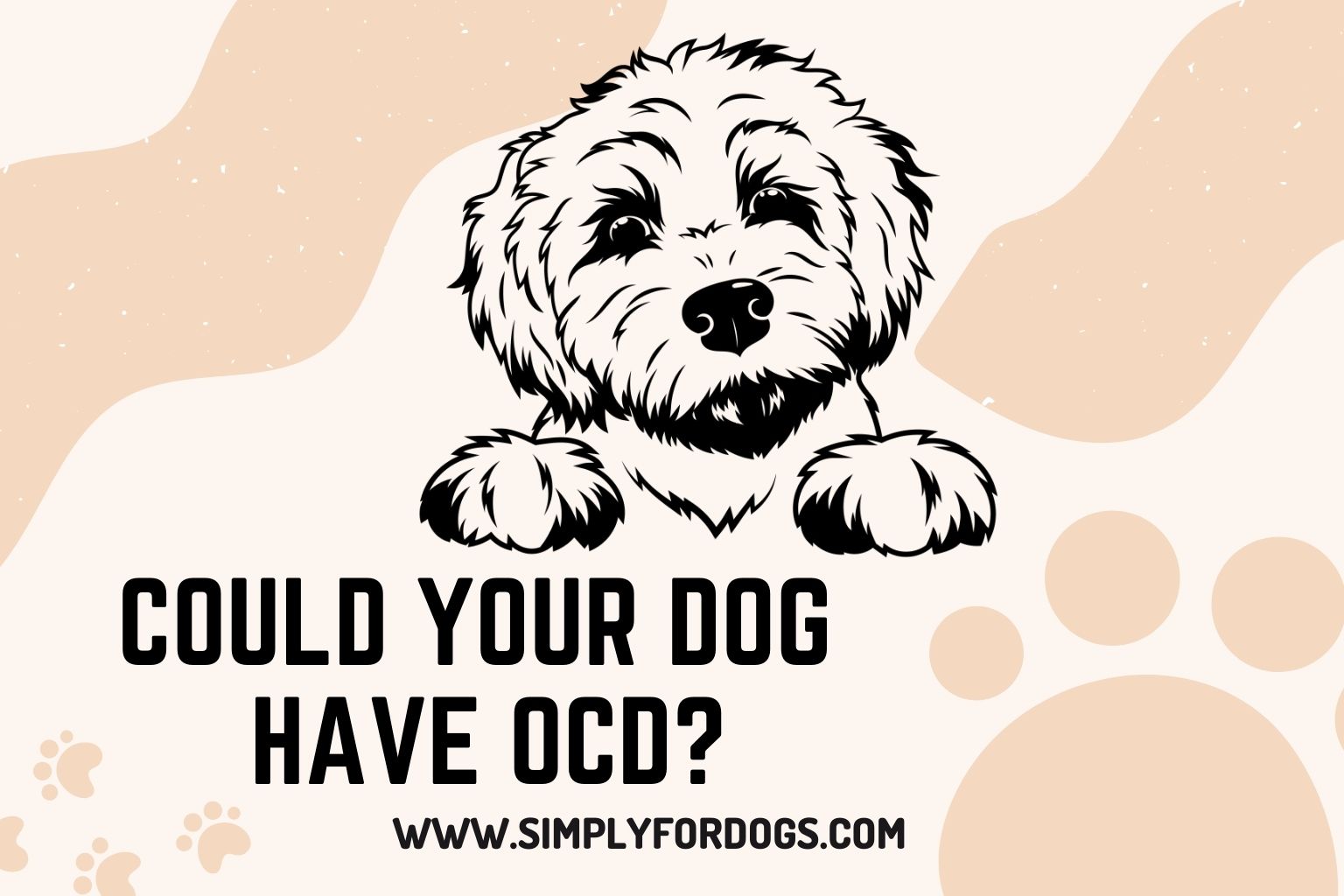 A few days ago, I was sitting on the bus, and observing a woman opposite me. She was using her right index finger to touch each of the fingers on her left hand, one after the other, starting with the thumb and ending with the pinky. Then she did the same thing, but with the left index finger touching the fingers on the right hand. Then she put her gloves on. And took them off. And started the touching again. And…

Well, I guess I don’t need to go any further. She did it throughout the entire ride. Clearly, it was compulsive behavior. You might have seen similar actions in friends and relatives – obsessive compulsive disorder is a lot more common than you might think. But have you ever wondered if dogs could also have OCD?

Dogs are like us in a lot of ways, and not all of them are good. You might not think of a dog as being vulnerable to mental disorders, but like us, they can develop depression, nervousness, social dysfunction, and in cases of bad breeding, even psychosis. Obsessive compulsiveness is neurotic behavior, and yes, dogs can be neurotic. And as OCD adversely affects the quality of life of humans, it can also make dogs miserable.

The interesting thing, too, is that dogs with OCD also have denial in common with their human counterparts. I mean, doesn’t everyone check ten times to make sure the door is locked? Drive 40 miles back home in morning rush hour traffic to make sure that the stove they know they turned off is really off? Wash their hands 70 times a day? Use a towel once and then throw it in the wash? Hey, you’re just being careful, and clean. And if you avoid stepping on cracks to avoid breaking your mother’s back, well, you can never be too sure, can you?

Of course dogs don’t reason like that, but they can still display signs of OCD, and the symptoms can be very much like those of OCD in Humans.

OCD is normal behavior taken to extremes that are unreasonable and inappropriate.  Dogs have routines, of course. Circling and arranging bedding, for instance, is hard-wired. If your dog is circling a few times, fussing for a minute with the bedding, and then lying down, that’s normal. If the behavior goes on forever, it isn’t.

It’s the same with licking or chewing. Dogs are going to lick injuries, and lick a bit in the course of normal grooming. An uninjured, clean dog that grooms and licks constantly, perhaps to the point where the skin becomes damaged, is taking it beyond what is normal.

Other symptoms that may indicate OCD are:

Now, before you panic and take your dog off to a puppy shrink, you need to know that these behaviors are all normal – from time to time. They may be annoying, but they are not always indicative of OCD. It is only when they become the norm for your dog, rather than an aberration, that you have to worry.

Treating OCD in Your Dog

You probably won’t notice signs of OCD in a puppy. Usually, it manifests between the ages of one and three years. It can be harmful not just to your dog, but to the relationship you have with him – after all, persistent annoying behavior is not exactly conducive to pleasurable interaction. So, you want to eliminate, or at least reduce the behavior.

There are several treatments available, including medication and behavioral modification. Probably, if your dog has OCD, you will need to medicate him and also work on the behavior issues for the rest of his life. The one thing you shouldn’t do, though, is punish – he can’t help it.

First, you are going to want to eliminate any issues that could be causing the behavior. For instance, flea infestation can be the cause of incessant scratching. Urinary tract infections or bowel conditions could lead to unwanted deposits in the house. If a child is coming into, or near, your yard and teasing your dog, no wonder he barks.

Once you have eliminated the obvious causes, then you can start to think about OCD. It will be up to you and your vet to determine the course of treatment. Some dogs, for instance, just need more stimulation than others, so you may need to walk him more often, or spend more time playing with him. Routine also helps.

If behavioral modification is ineffective, you may want to consider medication. There are a number of medications available now that can ease the symptoms of OCD. In fact, many of them are similar to, or even the same as, medications that are used to treat the same condition in humans. Perhaps your dog needs an anti-depressant or an SSRI (selective serotonin uptake inhibitor). Make sure, though, if you are discussing the possibility of medication with your vet, to tell him or her about any other medications your dog may be taking. This includes herbal supplements, and even flea collars. They can react adversely with medications that are prescribed for your dog’s OCD.

If your dog is compulsively chewing or licking himself due to OCD, you are going to have to stop the behavior. Often, this means that you have to create a mechanical barrier so that the dog cannot get to the area that he is licking or chewing. In days gone by, vets used to recommend Elizabethan collars – you have probably seen them. They’re plastic cones that fit around your dog’s neck, and keep him from biting, licking or chewing. The trouble is, they also impede his vision and can make it very difficult to lie down.

A better solution is an inflatable collar, like the KONG Cloud E-Collar. It keeps the line of vision clear, and does not irritate the neck the way traditional Elizabethan collars can. If you have a large dog, right now you’re in luck, because you can buy the KONG collar in a large size for just $18.49 at Amazon – it usually retails for $32.99. It is available in other sizes as well, with prices ranging from $9.99 for a small to $23.21 for an extra-large.

Yes, there is. But I have to tell you that the success of OCD treatment for your dog will depend on how committed you are to therapy. The prognosis is also better when the disorder is identified early on, so if you think your dog may have OCD, see your vet right away.