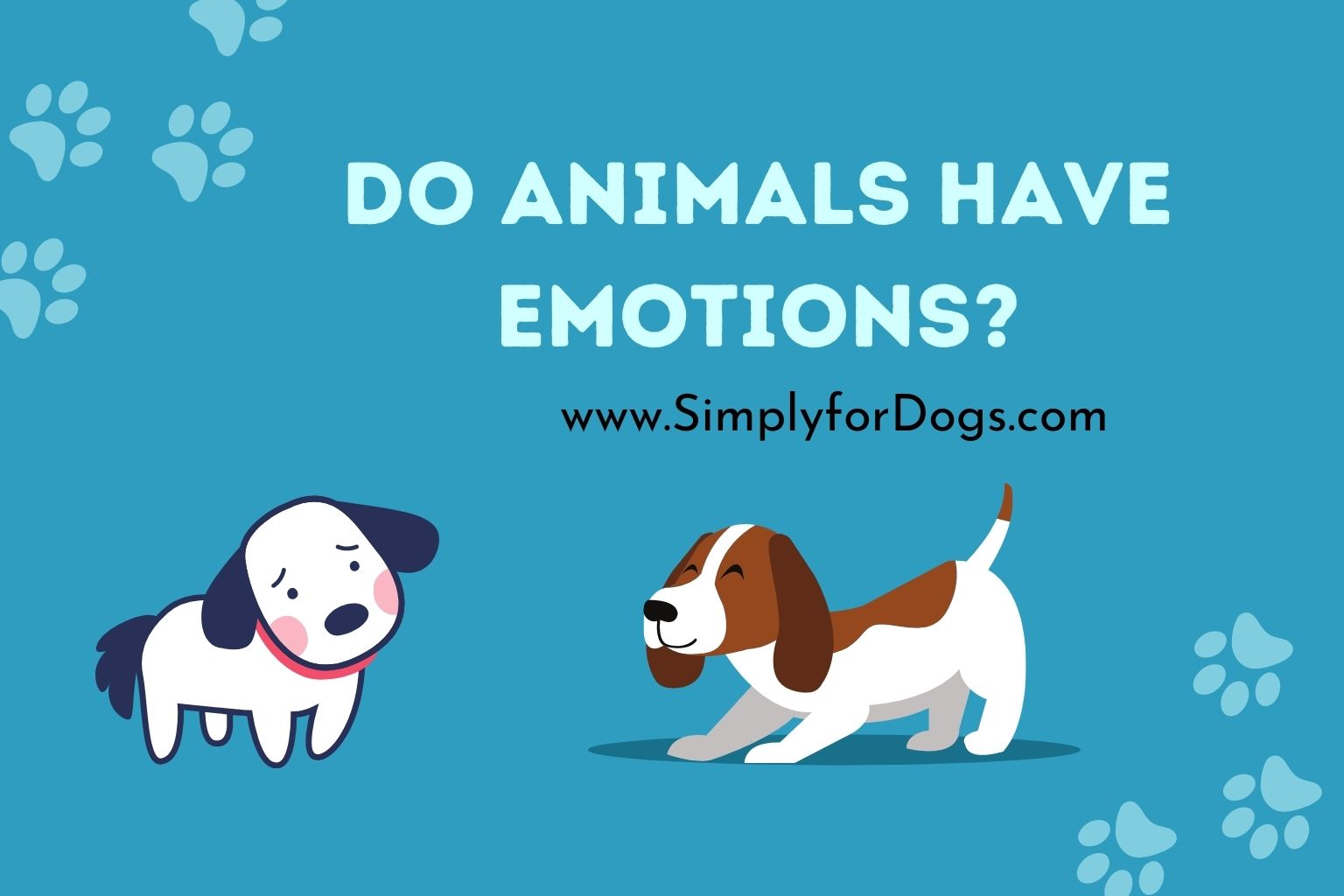 It’s funny how sometimes I think back to the way people used to think about animals when I was growing up – I guess I must be getting old, because sometimes I even catch myself using the phrase “back in the day,” LOL!

Seriously, though, back then you’d often hear the term “dumb animals,” and most of the time, people using the phrase didn’t mean “dumb” as in “unable to speak” (which I guess would probably be politically incorrect if you applied it to humans now). The standard answer to the question, “Do animals have emotions,” would, back then, have most often been “No.”

Then, you’d get further pontification on how animals don’t think, which I believe is absolute nonsense. Check out my post, How Do Dogs Think and Feel – And Do They Reason? for a perfect example of how dogs most certainly do think. In that post, I also offered up a lot of opinion as to whether dogs feel emotions in the same way that we do.

It was pretty much just opinion, though.

I’ve been thinking about this issue a fair bit lately. I’m not sure why. Nothing specific happened to trigger a resurgence in that line of thought. My sister, Colleen, maintains that there’s no way of understanding my thought processes, so let’s just defer to her judgment on this particular matter.

Suffice it to say that I’ve been wondering why popular opinion on animals and emotions has done a 180-degree turn. I think that most people now would answer the question “Do animals have emotions” with a resounding “Yes.”

Maybe it’s that we have access to so much more information now – you just have to pull up your Facebook to find that one or more of your friends have been posting heartwarming videos that show animals in the full throes of emotion – the reaction of the dog whose soldier has come home after months of absence, for instance, or (sadder) the dog who accompanies his fallen police officer’s casket to the final rest, whimpering softly and sniffing his partner’s hat.Looking back a bit further, who doesn’t remember Koko, the gorilla who adopted a kitten?

Over and over, we see things that lead us to believe that animals most certainly have emotions and that they are probably much the same as ours, and every bit intense. But what does the science say?

9 Emotions Dogs Really Feel – Backed By Science!
The 9 Best Breeds for Emotional Support Dogs (Video)
How Do Dogs Think and Feel – And Do They Reason?

If you ask an animal behaviorist, “Do animals have emotions?” he or she will most likely only say “Of course.” Then they’ll point to body language, eye contact, and even odors that animals emit in highly-charged situations.

Of course, feelings aren’t easily quantified. However, the main issue right now is not whether or not animals have emotions – the conventional wisdom is that they most certainly do. Even the most scholarly journals now regularly publish articles on happiness in rats, social relationships in whales, how baboons handle anger, grief in birds and PTSD in elephants, and nobody finds this all that unusual.

In essence, the “burden of proof” has shifted, and now it’s up to those who insist that the answer to the question “Do animals have emotions” is “No” to prove their case. It’s almost universally accepted among animal behaviorists and scientists that animals most certainly do experience emotions.

Are We Just Being Anthropomorphic?

In a way, though, I’d suggest that if we’re going to understand animal emotion, in a way, we almost have to be anthropomorphic. That’s simply because the evidence and the research seem to suggest that we have much in common. We’re not really attributing human characteristics to animals – we’re just using our way of identifying and describing feelings to work toward a greater understanding of how they present in animals.

More Than a Century Ago…

…Charles Darwin suggested, in his work, Origin of Species, that animals displayed not just the usual emotions, but also empathy and even morality. He believed that the difference between humans and animals was a matter of degree, not of kind. This is what he called “evolutionary continuity.” Simply stated, he meant that all animals – human and otherwise – shared basic anatomical and neurological structures, and that those structures formed the pathway for emotion.

Exactly to what degree any of the various species are similar and different is still being researched, but the evidence very much suggests that humans aren’t the only beings that are capable of emotion. Just to use a couple of examples, the various primates (monkeys, chimpanzees, orangutans, gorillas and so on) frequently help others of their kind to find food, care for young, and comfort one another. Also, a recent study on mice has shown that mice who see other mice being subjected to painful stimuli (although why this kind of research is allowed is beyond me) react empathetically.

9 Emotions Dogs Really Feel – Backed By Science!
The 9 Best Breeds for Emotional Support Dogs (Video)
How Do Dogs Think and Feel – And Do They Reason?

Modern research has shown much more in the way of similarities between humans and animals than it has differences. So, do animals have emotions? Indisputably, yes.

But are they moral? I think that anyone who has ever had a dog would tell you that they definitely know the difference between right and wrong. Again, see How Do Dogs Think and Feel – And Do They Reason? for my take on that issue.

From where I’m sitting, animals in general, and dogs in particular, most certainly do have emotions. And if you love your dog, know that he has feelings just like yours, understand that he would never do anything to hurt your feelings, so treasure him and keep them from harm.

Personally, I think that animals feel all the same emotions that we do, but they feel them even more intensely. So think twice before you shout at your dog or push him away from you. All he wants in the whole world is to love you and be loved back. And please, don’t ever think that just feeding your dog and exercising him is good enough – he has to know, every single day, how much you love him – because he loves you that much, and maybe even more. The anecdotal evidence proves that, and so does the science.