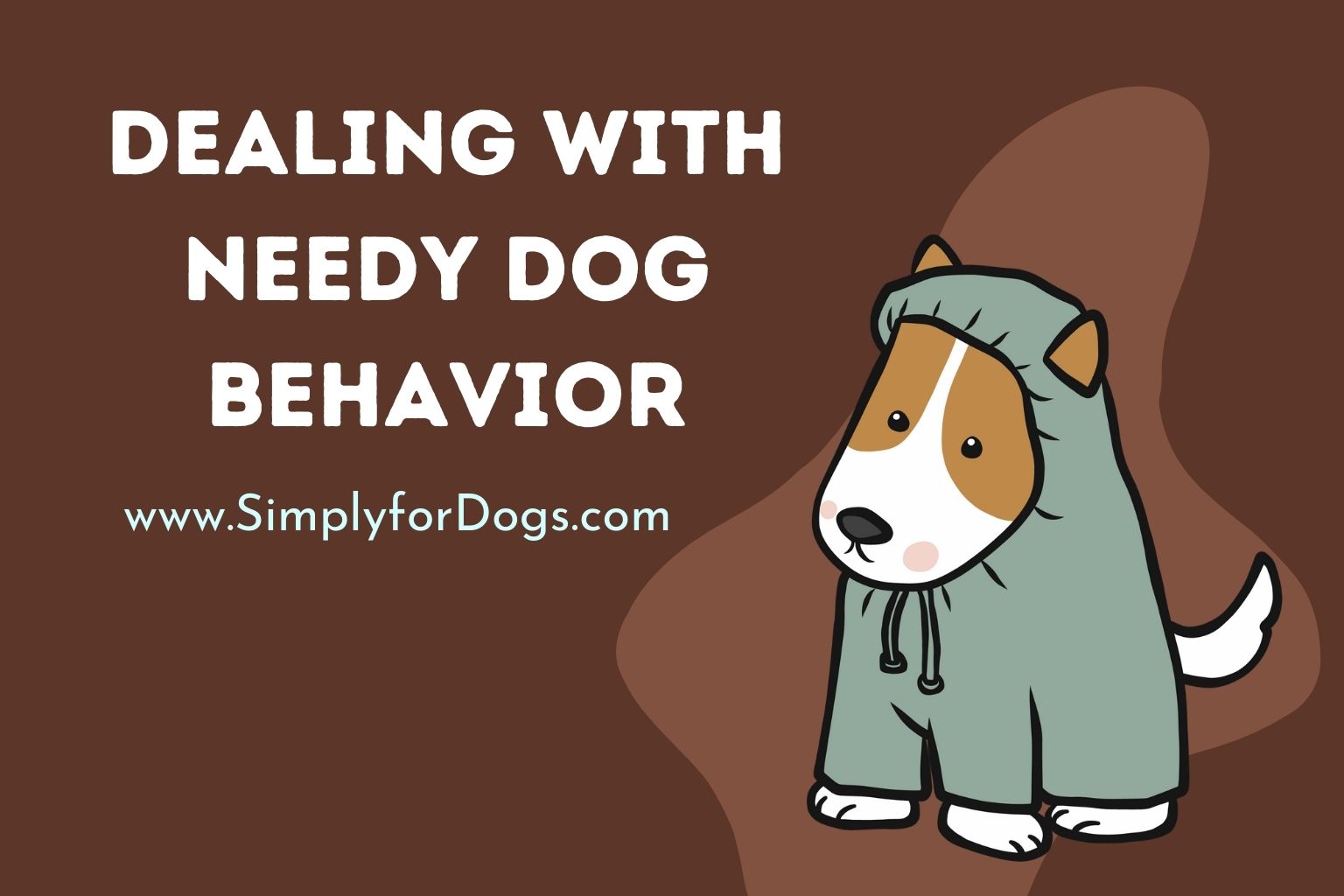 Do you have a dog that can’t stand to be away from you for even a single minute? Every time you turn around, there he is, with those big, hopeful brown eyes, just demanding attention? Does he cry when you leave him? Cling to you when you come back?

Pretty much any dog is sometimes going to be “needy,” and it’s not always easy to identify the behavior as being a “pattern.” Neediness might be mild and sporadic, and something that’s easy to live with (in which case it isn’t really a problem), or it could be constant and very annoying (in which case it is a problem).

So how does the behavior begin? And what can you do if it escalates?

Usually, when a dog is needy, it’s because he’s not being physically and/or mentally stimulated, because he’s bored, or because he’s nervous. Either way, the dog needs something. And it’s up to you to figure out what that is.

The trouble with determining and correcting the behavior, though, is often that dog owners sometimes inadvertently reinforce the bad behavior. In other words, if your dog is needy, and you respond to that by cuddling him, baby talking him and giving him treats, he’s simply going to learn that when he’s displaying needy behavior, he gets whatever he wants. So, if he decides he wants more cuddling, more baby talk and more treats, he gets it by displaying the behavior you actually want to correct.

Dogs aren’t stupid, and they’re perfectly capable of crafting their actions in ways that get them the results they desire. They know perfectly well that you’re a sucker for a soft-eyed look and a gentle whine, and if that doesn’t work, then full on barking and carrying on might get them picked up and fussed over.

On the other hand, if you ignore the needy dog behavior, there’s no reward. So, if your dog whines and cries for 10 minutes, and you don’t pick him up or give him a treat, he learns that the behavior does not result in a reward, and ultimately, he will stop the behavior. If you decide that after 15 minutes of whining and carrying on, you can’t take it any longer and you give in, what does the dog learn? 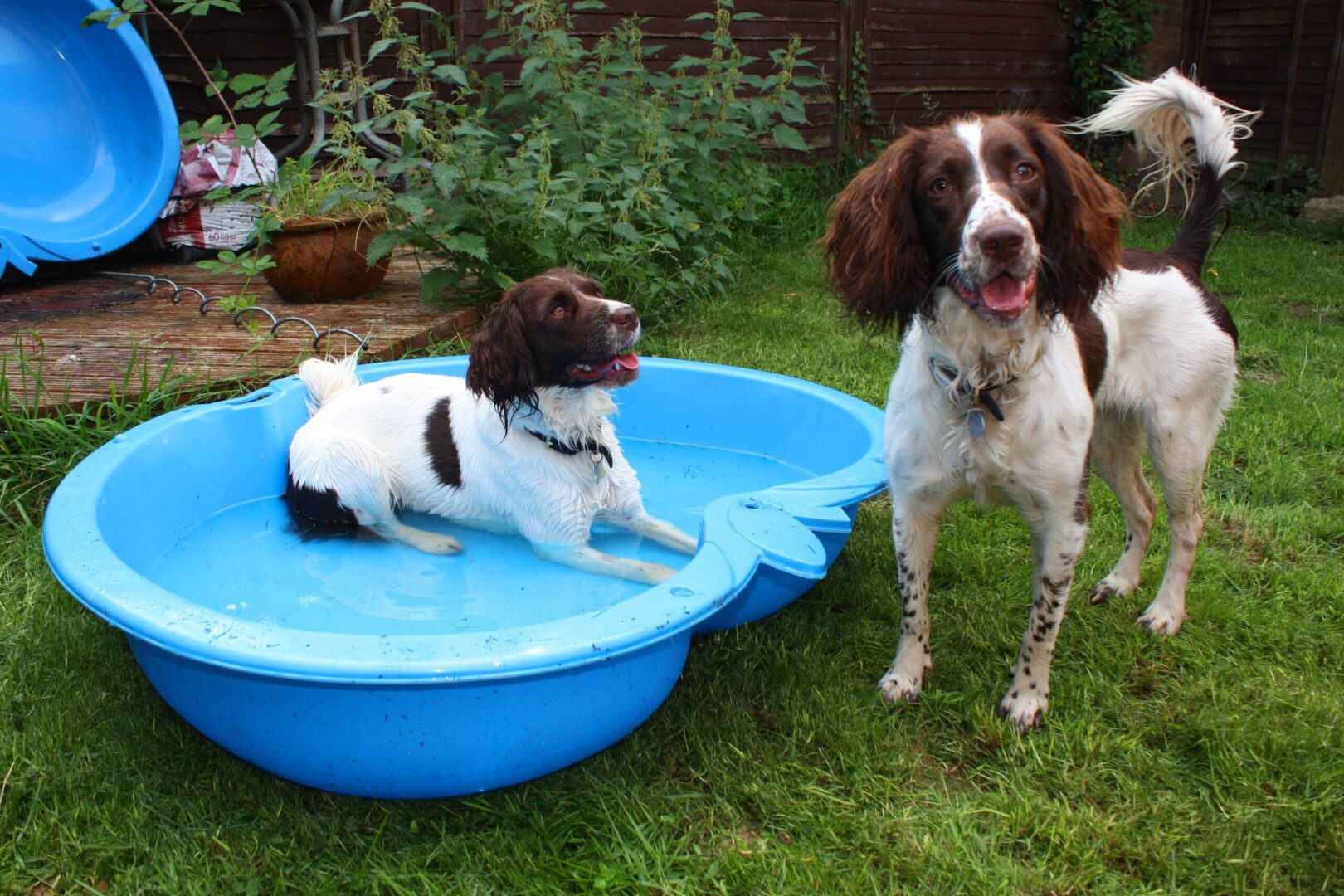 He learns that he has to be a total nuisance for 15 minutes, and then he’ll get what he wants. And don’t kid yourself; dogs can be pretty patient.

The Importance of Consistency

When you’re dealing with needy dog behavior, it’s very important to be consistent. Don’t let your dog think that a certain type of behavior is okay sometimes, but not at other times.

Now, that said, this is the easiest approach, but it is perfectly possible to train your dog to jump only on you. It’s also possible to keep him off certain items of furniture. This type of training is a lot more complex than the basic “Stay off” sort of thing, though, so before you decide to “pick and choose,” make sure that you’re willing to devote the time to training your dog as to the difference. A blanket “No” is a lot easier to enforce than, “This is okay, but that’s not.”

Usually, “Yes but sometimes no” is harder for the typical dog owner to enforce, especially if you’re dealing with needy dog behavior. It’s a lot easier to have perfectly clear, straightforward rules than it is to insert “notwithstanding” clauses. The more complex the rules, the harder they are to enforce, and the more effort you’ll need to expend in order to enforce them.

How Does Needy Dog Behavior Happen?

This is pretty much a no brainer. A dog’s world is largely black and white, yes and no. So, when your dog does something, and he’s rewarded, he figures that’s the way it’s always going to be. It’s the same if you ignore it – the dog figures that the behavior will always be ignored. If the result of the behavior is rewarded, or at least neutral, the dog will repeat the behavior.

The problem is that most people don’t deal with undesirable behaviors until they become a real problem, at which point they’re pretty hard to correct. So, with undesirable or needy dog behavior, you need to deal with it right away.

How Do You Deal with Needy Dog Behavior?

The first step is to determine why the behavior is happening. Is your dog unstimulated, bored or nervous? The behavior might have started for these reasons, but now it’s entrenched. The dog might not even remember why he started behaving in a certain way, but now it’s etched in stone – it’s a bad habit.

The more the dog engages in undesirable behavior, the more likely it is that he’s forgotten why he began doing it in the first place. So, you’re going to have to make some changes, and set some new rules. Give your dog another way of responding to what triggered the bad behavior, regardless of what that trigger might have been in the first place.

The second step is to work on training. When he engages in the undesirable behavior, show him something else. For instance, if he’s jumping, teach him how to lie down. If he’s barking, reward him when he’s quiet. Never shout at your dog or punish him – that will only confuse him, and it will do absolutely nothing to reinforce the behavior that you want.

The third step is simply to go back to what I said before – ignore the bad behavior. But reward good behavior.

Not usually. In most cases, corrections (shouting, yanking and so on) are very counter-productive. All that your dog learns from this is, “Mom is mad at me” or, “Dad doesn’t love me anymore.” Corrections do nothing to “fix” bad behavior, and they just make your dog feel bad. There’s no “learning” involved, just hurt feelings. And then the same behavior crops up again, because the dog hasn’t learned a thing. He might stop the behavior for a bit, just out of fear, but it won’t be a learning experience that will stick, so don’t do it.

A lot of the time, needy dog behavior is driven and encouraged by owners who “give in.” They reward the dog for being needy with cuddles, treats and baby talk. If this isn’t done, then the needy dog behavior will stop, simply because it’s not being rewarded.

Most of the time, you can deal with needy dog behavior on your own. If you can’t, though, there’s no shame in consulting a trainer or animal behaviorist. Needy dog behavior can be a problem for new dog owners, and also for people who are well versed in dog ownership. If you feel that you’re out of your league, get help. You’ll be doing yourself a favor, and a favor for your dog as well. He doesn’t really want to be needy and clingy, and he might just need to be guided in the right direction.