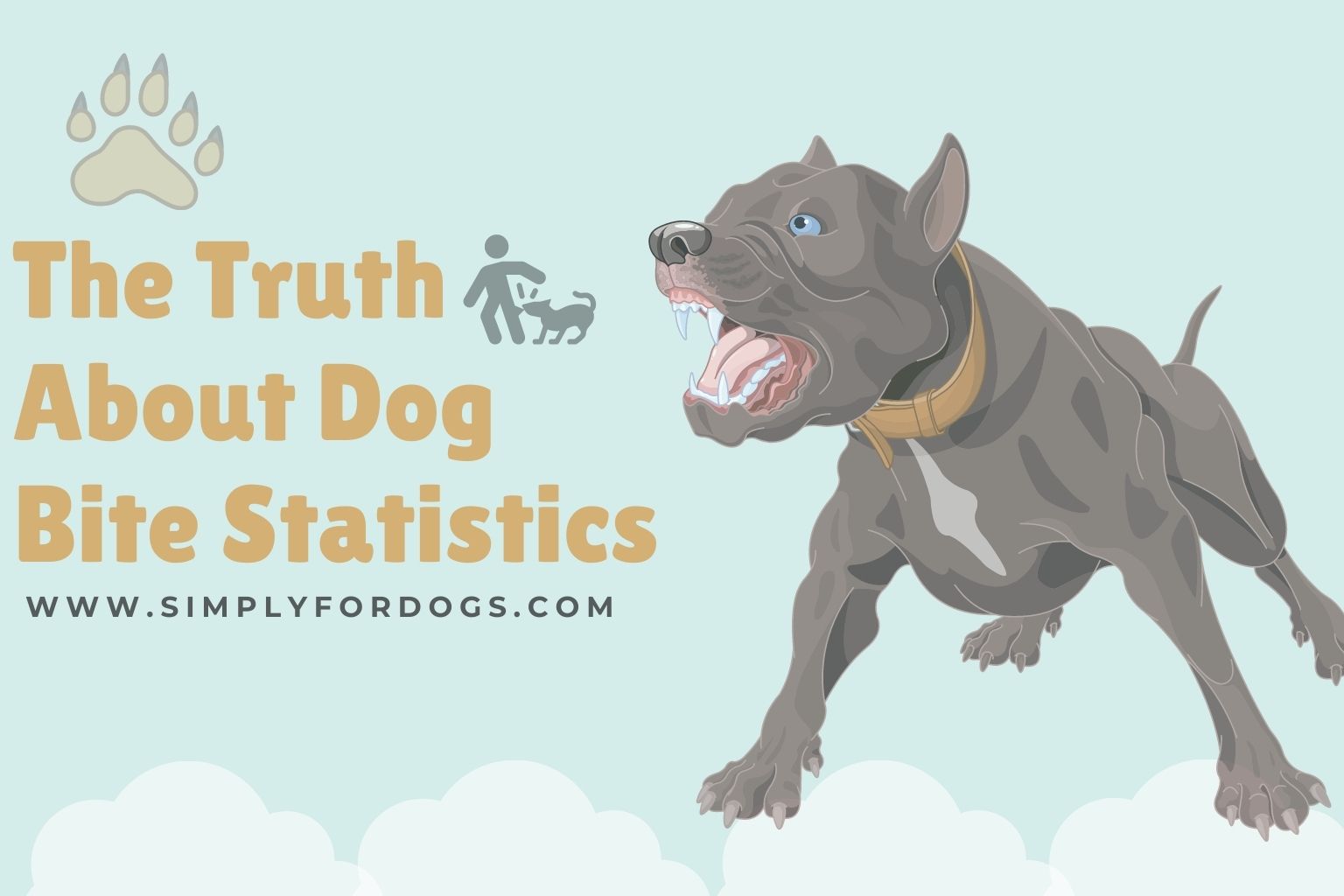 Here is the truth about dogs. They sometimes bite. I know, imagine that.

This is because there are, as has often been said, lies, damn lies, and statistics. And that applies to dog bites in the same way that it applies to everything else. Statistics can be, and often are, skewed.

Statistics tell you practically nothing about dog bites, and here is why.

Most People Have No Idea What Kind of Dog Bit Them

How do you suppose bite statistics are assembled, and attributed to certain breeds? Those statistics are composed using information from the person who has been bitten, and the police officer or animal control officer who has reported the bite. When a person ends up in the emergency room, the doctor who is stitching them up wants to know the breed. The patient probably doesn’t even know what type of dog inflicted the bite, because dog bites happen so quickly and most of the time the patient is traumatized. But since they are being asked to identify a breed, they think “Okay, it was big, and black and there might have been some brown in its markings. I think it could have been a Rottweiler.” Then, whether or not the dog really was a Rottweiler, a bite count is recorded against the breed.

Or, the patient says “Well, it was brindle and heavy and had a flattish head.” Or “It was almost all white, with maybe a bit of ginger.” Then the doctor says, “Sounds like a pit bull,” and another statistic is recorded against a breed that might not have been responsible.

How many dog breeds can you accurately identify? I mean really identify. If you were bitten today, would you know for sure what type of dog bit you?

Another way in which dog bites are recorded unfairly is that breeds tend to go through popularity cycles. In the late 1990s, everyone and their dog (you should pardon the pun) had or wanted a Rottweiler. The breed was very commonplace. And yes, like any dog, a Rottie will bite. But when you have a high concentration of Rottweilers, more bites will be attributed to the breed. It has nothing to do with the nature of the breed, but everything to do with the fact that there are so many of them.

You might be surprised to know that the dog breed that has the highest bite counts is the golden retriever. No one would ever suggest that goldens are not kind, gentle dogs. But because there are so many of them – more bites. The second most likely dog to have a bite count recorded against it is the collie – again, not a breed usually thought to have a bad temperament.

Another factor when it comes to identifying breeds that will bite goes back to the emergency room again. Toy poodles are very, very likely to bite. Those stories you hear about nasty little ankle-biters are true. But what do you do if a toy poodle bites you? You don’t go to the emergency room. You disinfect the bite, slap a Band-Aid on it, ask the owner if the dog has had its shots, and go on with your life. The bite is not reported. The breed gets a pass when it comes to bite counts. It’s not that toy poodles don’t bite – they do. It’s just that no one reports the bites.

You have probably heard about communities that have banned certain breeds of dogs on the theory that they are dangerous. They do that based on nothing more than bite counts, as we have talked about previously. Then, to justify banning the breed, they use those bite counts to “prove” that a breed is inherently dangerous. It’s a trick – choose the breed you don’t like, and then identify that breed as dangerous using bite counts as supposed proof that it is. And then what happens? A person who has a wonderfully friendly, totally gentle dog of a certain breed loses their life-long companion unless the municipality agrees to “grandfather” in dogs that are already in the community. Which they may or may not do, entirely at their discretion.

I Could Stop Right Now

Recently, I read a book about pit bulls, which are indisputably among the most maligned dogs. It’s called I’m a Good Dog: Pit Bulls, America’s Most Beautiful (and Misunderstood) Pet. I bought the Kindle edition for $12.21, but you can buy a hard copy used for as little as $4.66.