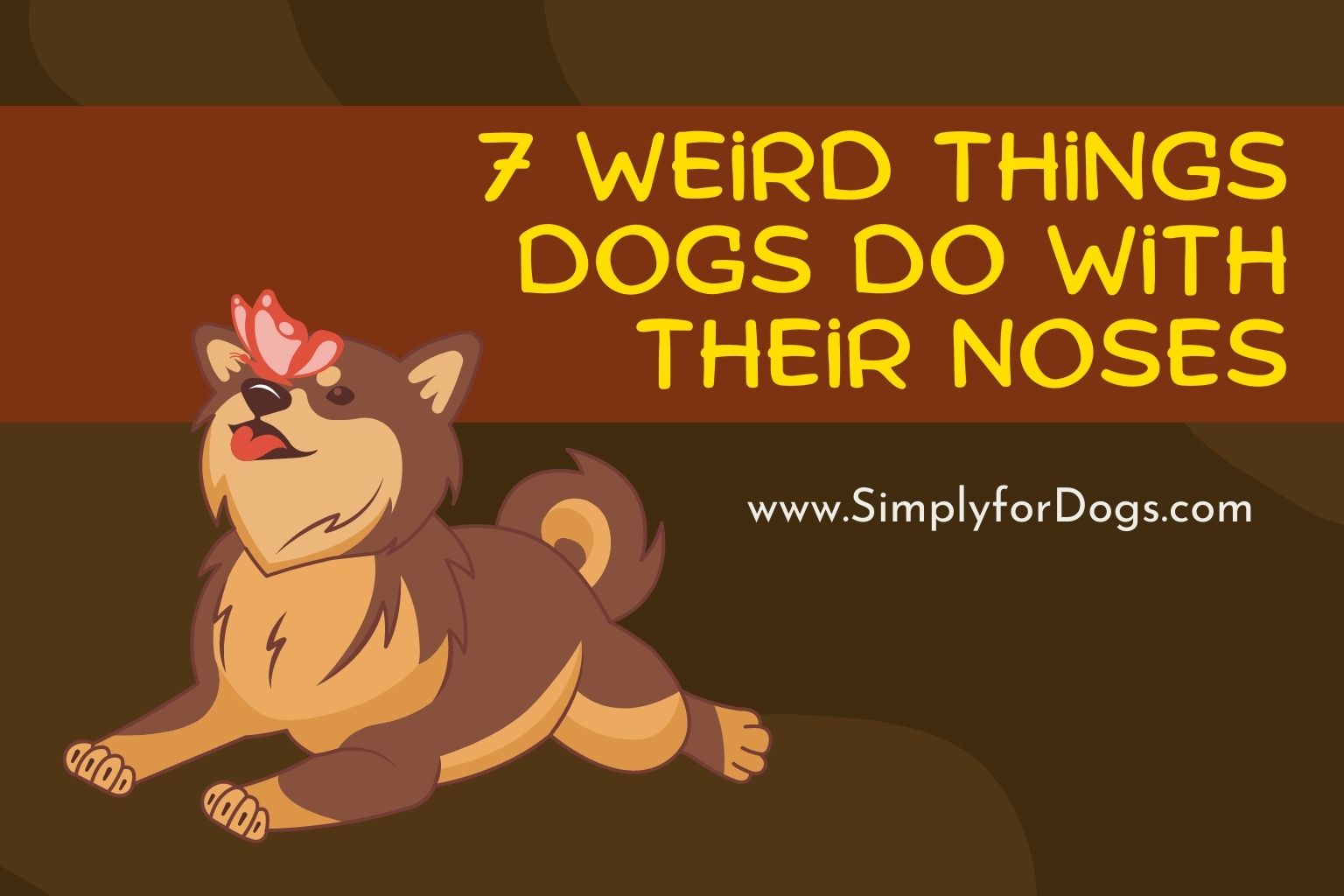 If you are a dog lover, there is nothing about them that doesn’t fascinate you. The way that dogs use their noses has always caught my attention. The way they communicate, explore, navigate, and so much more with their noses is interesting. But some of the things that they can use their noses for go beyond interesting into the realm of just plain weird. I found a few of the strangest things that a dog’s nose can do for you in this article – but first, let’s have a quick reminder of how a dog’s nose works.

How the Dog’s Nose Knows

Another interesting thing to note about dog noses is that they can smell the same scent twice in one breath. They smell it when they inhale, and again when they exhale. Because they exhale through tiny slits on the sides of the nostrils, they exhale the scent on to the outside part of the nose, which is essentially just the inside part.

Dogs can also smell things simultaneously. This isn’t the same as smelling scents that are mixed together like humans do. We can walk into a room and smell both baking cookies and a candle burning, because the scents are being mixed together in the room. Dogs can actually smell something different in each nostril. Their brains are able to analyze the smells as two separate things, coming from two separate places. It’s this fact that allows dogs to follow their nose to an exact location, whereas a blindfolded human probably couldn’t sniff out the exact spot that cookies are sitting on a table if there was a candle burning nearby as well.

Dog noses are about 60 times more powerful than our noses, and their brains understand smells nearly 100 million times better than ours do. The downside, of course, is that their sense of vision is nowhere near as good as ours, but it’s pretty incredible to think about how much a dog can do with its nose.

So just what are those weird things that dogs do with their noses?

7 Fun Facts About Dog Noses
Do Dogs Have Boogers? (Video)

(1) They Sniff Out Things That Aren’t Really “Smells”

Here’s something that I think is kind of weird that dogs can do with their sense of smell. There are certain chemicals that bodies (human and animal) release in certain states. For example, a pregnant woman releases a type of pheromone in the very early stages of pregnancy. This isn’t really a smell – we can’t smell it, and it doesn’t really have a smell that any scientist could explain to you. But a dog’s nose can interpret these secrete messages. That is why some dogs are able to sniff out cancer. This is because of an organ dogs have that people don’t, called the vomeronasal organ, which detects hormones and pheromones.

When your dog stops to sniff the same bush in the neighborhood over and over, it’s because they are gathering secret messages about what has been going on in the area. If a nearby dog is stressed out, they can tell based on the hormones that were left behind when the dog urinated there. Dogs can also tell if a new dog they encounter is mean or friendly based on the pheromones that are being given out.

(2) A Dog’s Nose Is Their Pocket Watch

Dogs actually do tell time using scent, in a sort of weird way. Just like light moves throughout the day because the sun is moving, air currents move throughout the day as well. And because dogs are so in tune to the scents on the air at any given time, they can actually memorize what the house smells like at the time that the kids are supposed to get off the bus from school, or what the house smells like when it’s time to go to bed, and so on. This is how certain dogs always seem to know when it’s about to be time for their walk. When Fido brings you the leash, he probably knows already that you were about to start looking for your shoes.

(3) There Is a Desirable Type of Nose for Dogs

Just like people all want to be tall and slim like supermodels, dogs all want to have long muzzles. The longer their nose is, the better their sense of smell. A German Shepherd or a Greyhound has more than 300 million scent receptors, which makes sense, as these dogs were bred to hunt originally. However, dogs that were bred to be tiny companions, like the Pug, don’t have as much of a need to hunt or track, so their snouts are very short. It’s why you see those toy breed dogs with big round eyes – they need more sight because their sense of smell is stunted. It’s also why you usually only see certain breeds working as rescue or service dogs.

(4) Dogs Have a Unique Fingerprint – On Their Nose

People all have a unique fingerprint that can be traced back to them when they touch something. Dogs on the other hand have a unique nose print. If your dog presses their nose against the glass door, no other dog in the world could replicate that exact nose print if you looked at it with a microscope. While that may not be anything more than a weird tidbit of information, there is some talk about using dog nose prints as a database to help find the owners of lost dogs. That may be an interesting way to keep a dog safe, although I think microchips are a bit more secure. But there are also companies that make gifts by taking that print and turn it into a metal necklace pendant for someone that wants to remember their dog.

Picture a hound dog with their nose to the ground, sniffing its way through some brush to find a rabbit that ran off, or maybe to look for a lost child with the police. This activity is called trailing, and it literally means that a dog will isolate a scent and follow it, and only it.

But dogs are actually smart enough to do something called tracking as well, which is where they use other sensory clues to follow a trail. They will pick up a scent, but they will also look around for signs of a trail to follow. If they see that there are footprints next to the scent trail, for example, they know that they are going in the right direction. 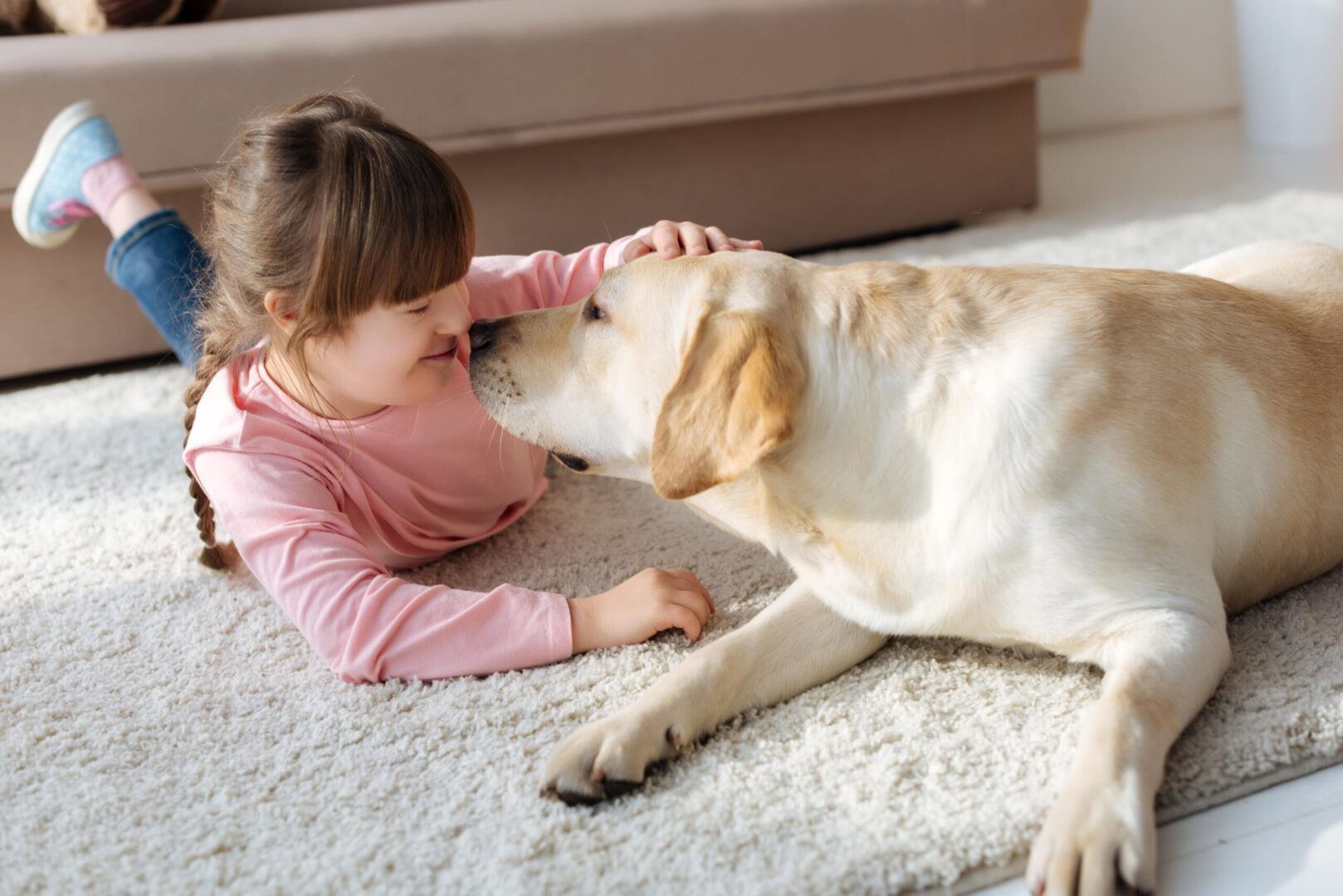 I find it interesting, and a little weird, that a creature with such a powerful sense, is still going to use other senses to perform something that they could do with just the one powerful sense. It could be training from humans, or it could be the fact that scent trails aren’t exactly as reliable as we think. Many things from the environment can make a scent trail disappear but knowing how to pair that scent trail with other clues makes dogs expert trackers.

(6) Sometimes the Ears Are Involved with Smelling

Here’s one that really threw me for a loop. Some dogs that have low-hanging ears, like hound dogs, actually have this feature because it helps them smell. The ears drag the ground, and fan scent up from the ground towards the nose. This helps dogs to keep up with a scent trail easier and allows the nose to get more information from a scent that has settled onto the ground. Be sure to keep the ears clean for dogs like this, so they don’t get any infections in the ear folds, and then stand back and watch them work. It’s a fascinating thing to see, as dogs drag and flop their ears onto the ground to get more smells.

(7) Dogs Noses Are Wet to Help Them Smell Better

Did you know that it is a myth that a dry nose means a dog is sick? A dog could have a dry nose for many reasons. It could just be the weather, or the fact that the dog isn’t hot at the moment. But what I find weird and interesting is why dogs have wet noses in the first place. Dogs have wet noses because the mucous helps particles stick to their nose so that they can smell them better. In other words, dogs keep their noses wet so that they act like a sticky fly trap for scent particles.

That’s not the only reason of course. Dogs also keep their noses wet when they lick away any particles on their nose, and to help cool them down when they are hot. But I just find it cool that their noses are made to really attract scents.

What Should You Do About a “Too Friendly” Nose?

We’ve all had that one dog that just wouldn’t stop trying to get a good sniff of our bum or groin. It’s part of how dogs learn things and say hello, but that doesn’t make us any more comfortable. But the best places to get information about a person’s state of mind, friendliness, health, and intentions, are the groin, the feet, the armpits, and the mouth. Shoes are also a good thing to smell because whatever we’ve stepped in will let the dog know where we’ve been.

The classic bum greeting is the dog equivalent of small talk, but the things that dogs want to know about each other is a bit more involved. As humans, our small talk is about things outside of us, like sports or the weather. We want to ease into personal information. For dogs, personal information is the first thing they share with each other. They can learn the other dog’s health, what they’ve eaten recently, their age, and more, from a quick sniff of the bum. They try to get the same information from us by giving us the uncomfortable sniff test.

If you want to train your dog to not do this to yourself or strangers, just distract him. When he’s got his nose headed for your groin, give him your hand to smell instead. Let them smell things like trees and bushes on your walks so that they can keep their sense of smell sharp, and don’t discourage dogs from sniffing each other. This sense can actually be dampened if a dog doesn’t use it often, so don’t be so quick to pull them away from investigating the neighborhood’s favorite potty spot.

We have seen in the history of domesticated dogs that they tend to repress their sense of smell as they respond to the way that we want to communicate. Humans are visual and aural, meaning we rely on things like pointing and speaking to communicate with each other. We do the same to our dogs, pointing at them to go, telling them to sit, and so on. But if a dog doesn’t have the opportunity to practice their smelling, they can actually start to lose this very important ability.

So, a great thing to do for your dog is to take them to places like the park, walk them around town, and let them smell you when you come home from work. This allows your dog to remain interested in the world, and happy that they are being themselves.

It’s always neat to me to see Janice and Leroy checking something out that I had no idea was even there because my nose wasn’t up for the job. Let your dog lead you to new adventures by following his nose.

7 Fun Facts About Dog Noses
Do Dogs Have Boogers? (Video)