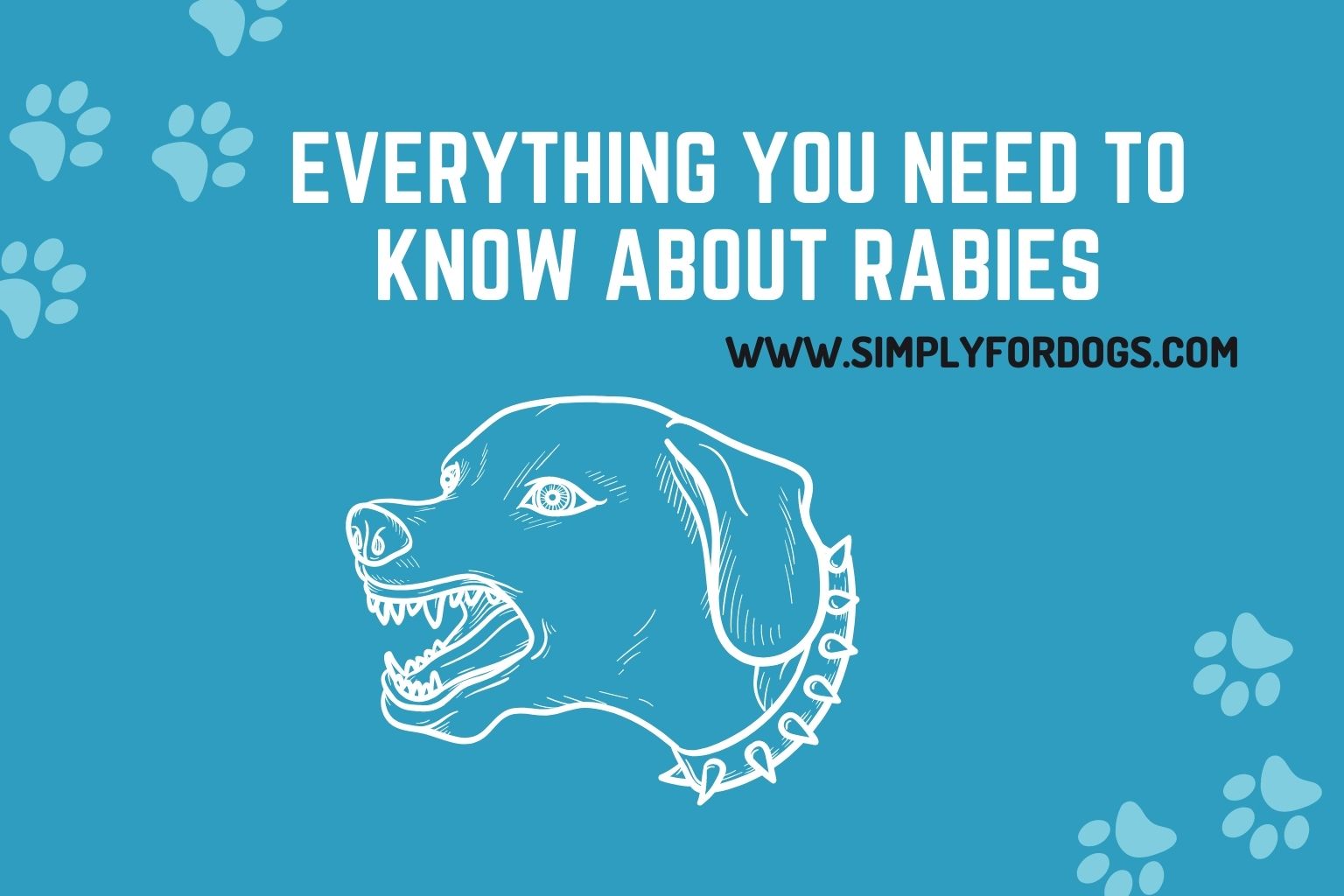 If you saw “Old Yeller” when you were a kid and you’re still traumatized, then you already know a fair bit about why you should have your dog immunized against rabies.

Now, that’s the last time during the course of this entry that I’m going to even come close to joking about this horrible disease. And I’m going to start by telling you that if you have not gotten your dog his or her rabies shots, then you are not just taking horrible chances with your dog’s health, you are also violating the law. Nationwide, the law states that you must have your dog immunized against rabies between the ages of four and six months – no later than six months.

Is Rabies That Big a Deal?

No, not unless your dog has it. Or you have it. You need to understand that this isn’t something like a common cold (that you can’t transmit to your dog), or kennel cough (that your dog can’t transmit to you). Rabies is one of the very few diseases that can cross species barriers. Virtually any mammal can pass rabies on to another mammal. And if that doesn’t sound scary enough, think about this – rabies has been reported in every state with the exception of Hawaii. And Australia and Antarctica are the only locations worldwide that are rabies-free.

Now, dialing it up yet another notch, once the symptoms of rabies appear, it’s too late for treatment. Millions of animals die every year from rabies, and more than 50,000 humans as well.

How Do Dogs Get Rabies?

A dog gets rabies when it is not vaccinated against the disease, and it is bitten by another animal that carries the virus. The virus is carried in animal saliva, and the highest risk of exposure to rabies is to dogs that are in contact with wild animals like skunks, raccoons, foxes or bats. Cats are also very vulnerable to rabies contracted from wild animals, so if your dog’s best friend is a cat, you have to make sure that the cat is vaccinated as well.

Rabies in Dogs: Causes, Symptoms, Diagnosis, Treatments and Prevention (Video)
Your Dog Has Bubbles or Foam on His Mouth – Should You Worry?
11 FAQs About Puppy Vaccinations

If you’re looking at your dog, and you’re saying “He’s just not himself,” and that same pet has not been vaccinated against rabies, you may have something to worry about. If a friendly dog suddenly gets snappish, or a normally active dog gets sluggish, that could be a tip-off.

Of course anyone (and any dog) can have an off day, so watch for other signs like unprovoked attacks on other animals or humans, and even objects or plants.

You should also watch for hypersensitivity to light, sound and touch. Your dog may want to hide in dark areas. Jaw paralysis can also occur, as well as lack of coordination and disorientation.

Now, here is what’s really nasty. The rabies virus can take anywhere from two weeks up to two months before any symptoms become apparent. And by that time, it is too late.

Here is more bad news. There is no treatment for rabies. Once the symptoms appear, your dog is already presenting a public health hazard, and is going to be either euthanized immediately, or quarantined, tested and then still euthanized. Either way, you are not getting your dog back.

The only possible way that you can keep your dog safe from rabies is to make sure that you do what you’re already required to do legally – get him his shots. And if you need more convincing, think about this…

You Could Be Liable

Vaccinating your dog against rabies doesn’t just mean that he won’t get it; it means that if he bites someone and they end up with rabies at some point, they can’t come back on you and say they got it from your dog. And if your dog bites someone, and he doesn’t have his vaccine, he’s going to be in quarantine (meaning without YOU) for ten days at minimum. More if his records are not up to date. You don’t want to put your best buddy through that, do you?

[easyazon_infoblock align=”left” cart=”y” cloak=”y” identifier=”B00SXONUH0″ locale=”US” localize=”y” nw=”y” nf=”n” tag=”natur0da-20″ type=”single” link_id=”442″]As previously stated, the best protection for your dog against rabies is shots. That said, you also want to keep animals that could carry rabies out of your yard for your own protection. Your vet will give your dog inoculations against rabies, but the same treatment isn’t typical for humans. You want to keep animals out of your yard. One of the best animal repellents on the market today is [easyazon_link identifier=”B00SXONUH0″ locale=”US” nw=”y” nf=”n” tag=”natur0da-20″ cart=”y” cloak=”y” localize=”y” popups=”y” type=”link” link_id=”443″]Expel® Natural Animal Repellent & Mice Repellent Ready to Use[/easyazon_link], It usually lists for $29.99, but it’s available now at Amazon for $29.95. It’s a natural, non-toxic pest eliminator, and it works by irritating the animal’s sense of taste and smell. They’ll usually try to invade your yard a couple of times, but then they’ll go away. When animals that could carry rabies are discouraged from setting up breeding in your yard, you’re reducing the chance of your pets being vulnerable to the virus.

Always remember, though, that this does not mean that you should not have your pets vaccinated. Vaccination is the only absolutely reliable method of keeping your pet safe from diseases like rabies that could be passed on to you and other animals.

Rabies in Dogs: Causes, Symptoms, Diagnosis, Treatments and Prevention (Video)
Your Dog Has Bubbles or Foam on His Mouth – Should You Worry?
11 FAQs About Puppy Vaccinations

Prevention is always better than the cure. Rabies can be passed so easily from one animal to another. In decades gone by, rabies was a major cause of death in domestic animals. Today, it is not so much a cause of concern because the law mandates vaccination, and because most people simply understand that this is a vicious disease that could still go out of control in the United States.