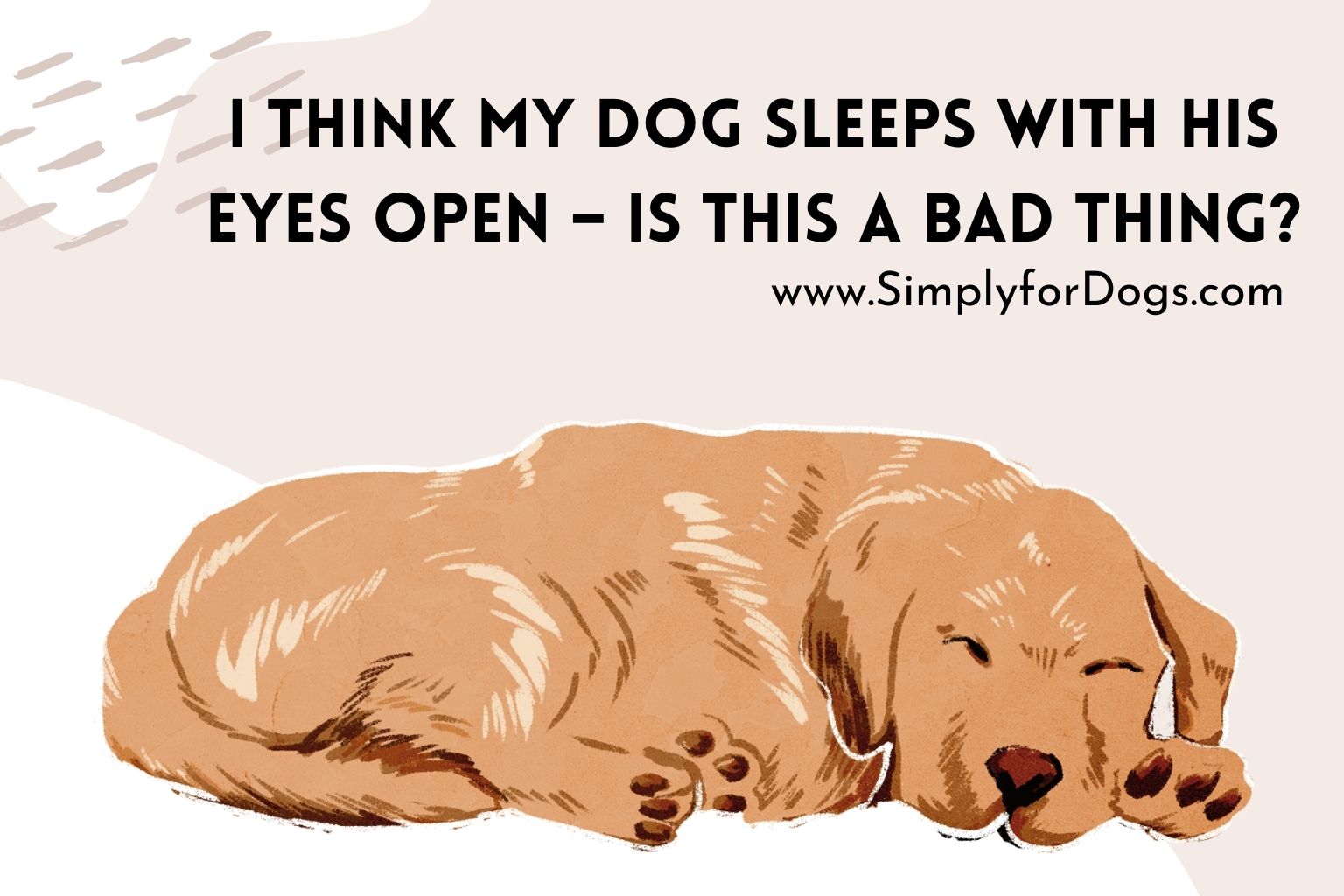 One of the things I’ve always loved is watching my dogs sleep. Right from the time Janice and Leroy were puppies, I loved it. Especially after a day of dealing with puppy rambunctiousness and destructiveness – I imagine I was a lot like parents of human children, who marvel at their sleeping toddlers, and think to themselves, “Who would ever think that anything that looks so sweet right now could ever be so horrible?”

Well, except sometimes in the middle of the night, when I wake up and Janice is lying on the pillow next to mine, and she has her bright little eyes about six inches from mine, and she’s staring at me. Honestly, that kind of freaks me out! Sometimes I wonder if she’s really awake or if she’s sleeping with her eyes open. Of course then she slurps me on my face and tries to dig me out from under the covers so she can clean my ears, and I know that it’s just Janice being Janice.

With that in mind, I wasn’t all that perturbed when my friend Debbie asked for an opinion on Dingus, the sadly named Miniature Schnauzer she inherited from her deceased aunt, and who now comes to the dog park with Debbie and her Beagle, Chuck.

I Think My Dog Sleeps With His Eyes Open!

That’s what Debbie said to me. “Ash,”she said, “I’m the same as you; I let the guys sleep on the bed with me, but the other night, Dingus was asleep, and he was even snoring, but his eyes were open! Can a dog sleep with his eyes open?”

Well, it kind of sounded as though this dog does sleep with his eyes open, but I really wasn’t all that sure, so I added to my already ridiculous workload (see 5 of the Best Elevated Dog Beds and Do Dogs Have Boogers? for other examples of my forays into research on the behalf of other people who apparently can’t friggin’ Google!) and got to work trying to find an answer to the question, “Can a dog sleep with his eyes open?” What I found out was pretty… well, eye opening!

Yes, a dog can sleep with his eyes open. It’s not all that common, but from what I’ve discovered, it seems that it is something that a few dogs do. And yes, it can creep you out if you’re not ready for it – that moment when your dog, whose eyes are already wide open, actually wakes up.

How is This Possible?

A dog that sleeps with his eyes open is actually very much in touch with his wild heritage. It goes way back to the time when dogs could actually end up being attacked and even devoured by larger animals while they slept. It is, in short, a defense mechanism that has been handed down over the ages – obviously, your dog is not in any danger of being eaten in his sleep while he snuggles up on your bed or in another safe place in your home. But some dogs (Dingus apparently among them) have retained the ability to sleep with their eyes open.

My Dog Pees on My Bed!
9 Tips for Choosing the Best Dog Bed
Is It Time to Let Go Of Your Dog?

Could It Be Something Else?

Yes. It’s possible that your dog isn’t actually sleeping – he might be having a seizure. If a dog sleeps with his eyes open, that’s not cause for worry. If it’s accompanied by twitching, though, he could have a seizure disorder.

Keep in mind, though, that twitching can also simply be an indication that your dog is dreaming. If he’s twitching gently, he might be dreaming about chasing something, or running through a meadow, or playing fetch, or doing any of the other things dogs love to do. There’s a difference between twitching (which is not necessarily an indication of a seizure) and convulsing (which probably is). You might have trouble telling the difference.

So how do you tell? It’s in the eyes. If your dog is just dreaming, his eyes might be partly open, but he’ll look relaxed and peaceful. He’s probably in a state similar to REM sleep in humans – a very deep state of sleep in which dreams are very realistic. The “twitching” will be an indication of what is happening during the dream. This actually happens a lot with Janice, and more than once I’ve taken a paw to the face when she’s in that stage.

If you’re worried, try calling your dog’s name in a soft voice. I do this with Janice – “Hey, sweetie? Janice? You having a dream, baby girl?” She settles, and that way I know she’s just been dreaming.

If your dog is having a seizure, though, it’s more likely that his eyes will be wide open and he will be staring blankly.

What Happens During a Seizure?

A dog that sleeps with his eyes open due to a seizure can scare the living daylights out of you, because there’s not much you can do. It gets even worse when your dog moans, howls, or even screams. And really, all you can do is to let the seizure pass. A seizure will also go beyond twitching – your dog might shake or thrash, and this type of behavior will last longer than twitching. Your dog might also foam at the mouth, breathe hard, or even lose control of his bowels and bladder.

If you think your dog is having a seizure, resist the temptation to try to wake him. Do try, though, to move any objects that he might hurt himself on. Once the seizure passes, things should return to normal in short order, although your dog may feel disoriented and confused. Of course this is going to break your heart, but try not to overreact. Soothe him and treat him gently. And book an appointment with your vet so that you can find out what is causing the seizures and how to treat them in the future.

Is It a Seizure or a Dream?

It can be difficult telling the difference. As I’ve just suggested, though, the main thing is to watch the eyes – it could just be a dream, or it could be a seizure, and it’s pretty scary sometimes looking your dog right in the eyes in order to make the call, but you have to do it. There are some very real differences between seizures and dreams, though, and the following guidelines will help you to tell the difference.

My Dog Pees on My Bed!
9 Tips for Choosing the Best Dog Bed
Is It Time to Let Go Of Your Dog?

A dog that sleeps with his eyes open isn’t anything to get your knickers in a twist over, which is what I told Debbie. A seizure disorder, though (and I really believe that you’ll know it if you see it, especially if you’ve read the guidelines above) is a whole different thing.

The treatment, though, can be a bit different. You can “let sleeping dogs lie” if you want to, or you can try to wake them gently if you think they’re having a bad dream. Don’t try to wake a seizing dog, though – in the first place, you won’t be able to do it, and in the second place, if you try to do it, you could make matters worse. Let the seizure pass, and then take your dog to the vet.

Not all seizure disorders are life-threatening or even all that harmful. Sometimes all you need to do is wait for the seizure to pass. Trust your vet on this one, though. If your dog’s health is in jeopardy due to a seizure disorder, there are medications available that can control the condition.

And, of course, if it’s just that your best buddy is so in tune with his roots that he sleeps with his eyes open so that he doesn’t have to worry about getting eaten while he slumbers, humor him. Wake him if you like, or don’t. And if it creeps you out big time, invest in one of those sleep masks so that you don’t have to wake up to him staring at you!

Okay, that’s about all I have to say. Now I’m going to tuck in with Janice and Leroy. Janice, close your eyes! LOL!