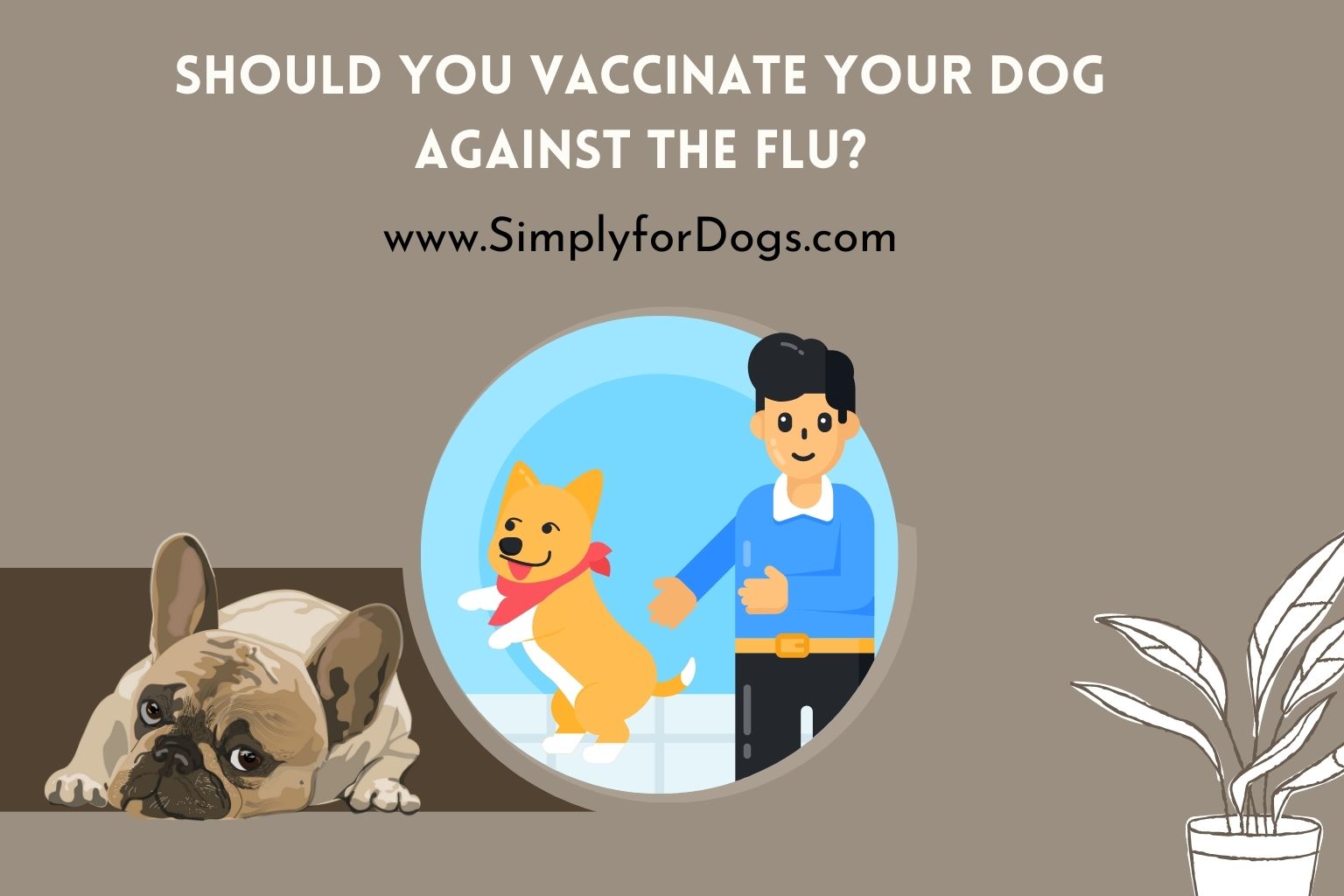 Well, it hit me a couple of weeks ago. First I felt a bit tired, and then I got that feeling as though someone had thrown sand in my eyes. Pretty soon the chills started, and my throat felt a little raw, so I snuggled up in bed between Janice and Leroy and just sort of drifted off to a troubled sleep.

Then I woke up in the middle of the night with a pounding headache and headed off to the medicine cabinet for some Tylenol (which I always keep secured because it’s toxic to dogs, and my two will get into just about anything). By morning, I was coughing a lung up, my sheets were soaked with sweat, and I was beyond happy that I had a few blogs “in the can” so I didn’t have to sit at the computer all day. By the end of the day, my ribs hurt from all the coughing and even turning over in bed was painful. Janice was pretty worried, and kept trying to dig me out from under the covers so she could heal me with kisses.

So, was it a cold, or the flu? Well, given that it lasted a full week instead of just a few days, and I was also running a temperature, I’d say it was the flu. The good thing is, I always get a flu shot in the fall.

Now I know you’re saying, “But Ash, you’re saying you had a flu shot, but you still got the flu, and you’re glad you got the shot? What’s up with that?”

Yes, I am glad that I got the shot, and here’s why. I’ve been getting the flu shot for probably about 10 years now, and in those 10 years, I’ve never had the flu like I used to get it. In fact, this is the first year I’ve had it at all, but in the pre-shot days, I used to end up flat on my back for at least a month, because it would almost invariably turn into pneumonia. My worst bout lasted 90+ days. I don’t ever want to go through something like that again, and that’s why I get the flu shot – because even if I do get the flu, I can rest assured that I’ll have enough immunity that it will be over in little time. I am a huge, huge believer in flu shots for humans.

But What About Flu Shots for Dogs?

Okay, that’s where I’m not so sure. If you’re a regular reader, you know that I’m always harping on you to make sure your dog has his vaccinations (see Dog Vaccination Q&A), but I’m kind of straddling the fence when it comes to flu vaccines for dogs.

Why is that? Well, for starters, I’m not so stupid that I don’t know that the companies that make vaccines are largely in it for money, with the benefits that the vaccines offer being a secondary concern. When you add to that the facts that flu isn’t really a big issue in dogs, that dogs have done just fine without flu vaccines since practically time immemorial, and that the media typically overreacts to anything and everything, I end up being a bit skeptical.

I’ve read news articles that scream out that dogs are going to die from the flu if they’re not vaccinated, but the truth seems to be a bit different. For instance, one report stated that 1,500 dogs in Chicago had contracted the flu in a single outbreak. However, the report didn’t state how many dogs, if any, had died. The New York Times also offered up a story stating that 80% of dogs who get the flu virus end up with fevers, coughs, runny noses and loss of appetite. Again, they didn’t say if any dogs died. Or, for that matter, why a bit of snot and not wanting to eat for a while should be such a big, newsworthy deal.

So is there really an epidemic? Is your dog going to die if he gets the flu? Let’s go a little deeper.

The Facts About Canine Flu

The original canine flu virus is H3N8. It began in horses, and was spread to dogs on a greyhound racing track in 2004. The newer variety is H3N2, and is believed to have originated with rescue dogs brought over from Asia. H3N2 is now present in most of the states. But is it an epidemic? Probably not. In three states, there have only been five cases reported over a one-month period. That’s hardly an epidemic. It’s not an outbreak, either. And it’s hardly newsworthy, unless of course you’re just trying to create news out of essentially nothing.

The media, of course, wants to put the worst possible spin on things, because if it’s not a big deal, then it’s not news. So, they offer up statistics like the “fact” that “8% of critically ill dogs may die of complications.” Okay, but it’s 8% that may die, not that did die. And that’s also 8% of “critically ill” dogs, not 8% of dogs that got the flu. So, 92% of dogs who got the flu, even if they’re critically ill (possibly from a condition that has nothing to do with canine flu) are pretty much guaranteed to live. That’s not really all that scary, is it? Or newsworthy.

Now, let’s take a closer look at Chicago. There were five canine deaths in Chicago after the supposed “outbreak.” Two of those dogs, though, died after being vaccinated against canine flu, and from causes that weren’t even related to the flu. Stop the presses!

Dr. Jean Dodds is a highly respected veterinarian, and she states that the fatality rate from canine flu is very low – probably 2-3%. She also says that this number includes only dogs whose health is compromised in some other way. So, in other words, if your dog gets the flu but is otherwise in good health, the chances of him dying from canine flu are slim to none. Quick, call CNN, we’ve got a story here!

So, Should You Vaccinate?

For sure, the media information is alarming, because that’s exactly how they want it. And you probably also see signs up in your local veterinary clinics announcing that you can “get your dog’s flu shot here!” so it’s understandable that you’re wondering if you should err on the side of caution and get your dog vaccinated against canine flu.

I am the last person who is ever going to tell you that vaccination is a “personal choice” when it comes to most canine diseases. I have seen dogs die from parvo, and believe me, it’s not pretty. If you don’t have your dog vaccinated against parvo, rabies, distemper, heartworm and other life-threatening ailments, and instead choose to rely on holistic measures or nothing at all, then I’m sorry, but you’re certifiably nuts, crackers, agreat candidate for a white tuxedo with sleeves that tie conveniently around your back, and you don’t deserve to have a dog.

Of course I understand that you don’t want your dog to suffer from anything that’s preventable. However, vaccinating your dog against canine flu may actually not prevent it, and if a dog that doesn’t already have a health-threatening conditiondoes contract the flu, he’ll be over it in three weeks tops, according to Dr. Dodds. And canine flu vaccines are far from perfect. With human flu vaccines, they’re modified every year to allow for new strains. Canine flu vaccines haven’t been updated since Jesus had a paper route, so their efficacy is questionable.

There is also a very low risk of anaphylactic shock, which can close up your dog’s airways and kill him in a matter of minutes. There have also been reports of long-term effects like auto-immune diseases, joint problems, allergies and even cancer. Again, though, these side effects are extremely rare.

The main problem with canine flu vaccines is that there’s little evidence to suggest that they actually work. Again, this is because the manufacturers of the vaccines don’t keep up with the new strains, in the way that manufacturers of flu vaccines for humans do. And the more time elapses between the identification of the initial strain and the development of a new vaccine, the less effective the vaccine becomes. Right now, even human flu vaccines have only a 50-60% efficacy rate, and that’s with regular modifications. Given that the last canine flu vaccine was created about 10 years ago, that should give you an idea of how effective it’s likely to be.

It’s Just Not a Good Deal

If you vaccinate your dog against canine flu, what you’re doing is essentially subjecting him to all the potential side effects in exchange for an efficacy rate that has to be well below 50%. And you’re also doing it in a misguided attempt to protect your dog against a disease that is not going to be fatal unless his health is already compromised, if then.

I’m always saying “Vaccinate, vaccinate, vaccinate,” and I’m pretty much standing by that. But when it comes to canine flu, I just don’t think it’s the right course of action. You’re probably far better off to simply let the illness run its course. The fatality rate is so ridiculously low, the symptoms are such that they probably won’t cause more than a couple of weeks of discomfort, and the vaccine is probably pretty useless in any case.

So, by all means, vaccinate your dogs against real threats. You should always stay up to date on rabies, parvo, distemper and heartworm inoculations, but canine flu? Meh. Don’t bother.

I’m not going to subject Janice and Leroy to a vaccine that will probably do nothing at all, but could cause side effects. There are enough real threats out there that we have to protect our dogs against without buying into media hysteria over something that, at its essence, is probably not going to cause any more discomfort than what I experienced with my recent bout of illness. Unless your dog’s health is already fragile, I think you can take a pass on the canine flu vaccine. If your dog gets the flu, give him his blanky and a toy, and maybe a treat or two, and snuggle up with him on the couch. Love him and cuddle him, and tell him what a wonderful boy he is. In a couple of weeks, he’ll be back to his old self and you won’t have wasted time and money on what is essentially a useless vaccine.