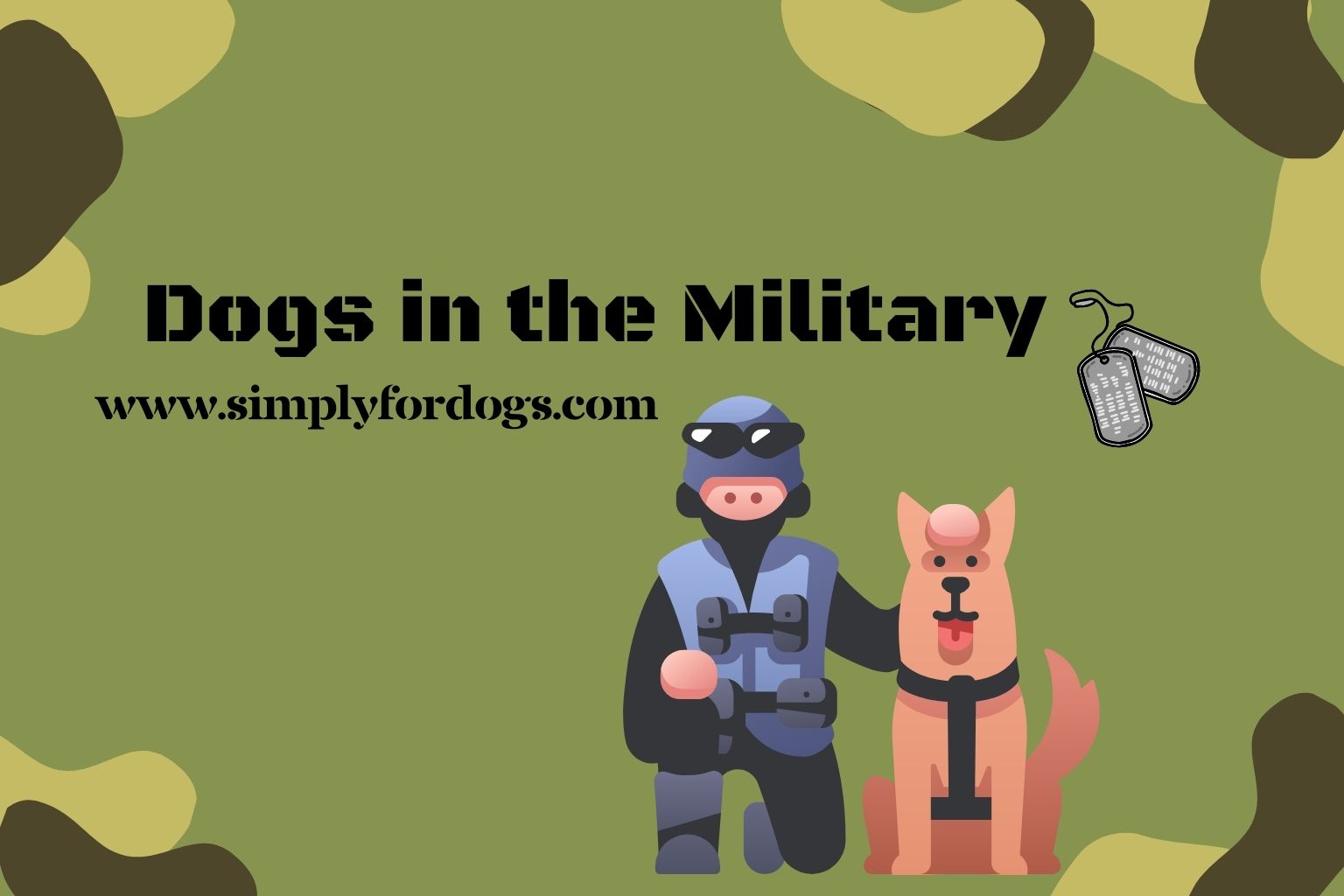 Every so often, I come across a post on Facebook about a military dog that has gone to great lengths to save his companion, or who has grieved when his soldier is brought home in a coffin. These posts invariably bring me to tears. These dogs are true American heroes. Of course there are domestic dogs who have gone the extra mile for their humans as well, and I’ve talked about them in Hero Dogs.

Thanks to the Internet, we learn much more about these military dogs than we were able to in decades gone by, and you might think that military dogs don’t go back a long way. The fact is, though, that dogs have served in the military at least as far back as World War I.

Sergeant Stubby was just a homeless stray when Private J. Robert Conway smuggled him into battle. He was just a mutt, no identifiable breed, although his short legs, strong build and flattish head suggest maybe some type of bulldog in the mix. Stubby would bark out warnings when the enemy was near, find wounded soldiers on the battlefield, and even detect enemy gas before his human compatriots could. He stands as a symbol for canine bravery in warfare even today.

Sergeant Stubby’s legacy lives on. In San Antonio, at Lackland Air Force Base, sentry dogs have been trained since 1958. More than a thousand dogs at a time are trained by personnel from every branch of military service. The natural ability for focus and aggression are used to train dogs to detect bombs, gases, and other weapons, and they are proven to be more effective than any other method of detection.

11 Famous Dogs That Should Be in History Books
What Do the Pros Look for in Security Dogs? (Video)
Group Spotlight: The Working Group Dogs and 5 Unique Examples from the Group

Today, there are approximately 2,500 dogs in active service. About 700 are deployed overseas. They work mainly to flush out explosives. About 85% of these dogs are trained in the Netherlands and Germany, while the remaining 15% are born, bred and trained in the United States. The US military is working to increase this number. With a 98% accuracy rating in bomb detection, these dogs are worth their weight in gold in terms of the peace of mind that they can bring to the troops.

What Makes a Military Dog?

It’s more than breeding, and it’s more than a good sense of smell. A military dog has to be free of any health issues like hip dysplasia, and be very motivated. They also have to be ready and willing to bite a human if necessary. In fact, at Lackland, when a pup is dropped from training, it is usually because he can’t bring himself to bite.

You probably think of German Shepherds when you imagine military dogs, and certainly those are the ones that seem to show up most often in the Facebook posts. For sure they usually make great military dogs, because they’re wonderfully muscular, intelligent, and loyal. But other breeds have also been successful as military dogs – the Belgian Malinois (which is similar to the German Shepherd) and the Labrador Retriever, for instance. It was a Belgian Malionois by the name of Cairo who assisted the Navy SEALS during their successful raid against Osama Bin Laden.

Something You Probably Never Thought Of

Unless you’ve been living in the proverbial cave for the last decade or so, then you know that PTSD (post-traumatic stress disorder) is a huge problem among the brave men and women who serve our country. What you may not know is that dogs can also suffer from PTSD.  In fact, a Marine bomb-sniffing dog by the name of Gunner developed PTSD to the point where he was considered unfit for service. He was ultimately adopted by the surviving family of a soldier, Corporal Jason Dunham, who was killed in action in 2004. Gunner and the Dunhams are working together to try to heal.

And Another Thing You May Not Have Thought Of

What happens to a military dog if he outlives his soldier companion? Joshua Ashley was a Marine Lance Corporal. His dog’s name was Sirius. Two months following deployment to Afghanistan, Joshua fell victim to an IED. Sirius lost it. He refused to take commands from his new handler. This happens a lot of the time with military dogs. Sometimes, the dog can work through it with the right handler. Other times, the dog has to be retired.

This story has, if not a happy ending, at least an okay one. Joshua’s mother, Tammie, adopted Sirius, and they’re getting through their loss together.

Not all that long ago, military dogs whose term of service was up were considered to be unfit for civilian life. They were declared “military surplus” and euthanized (I think this is too kind a phrase – they were killed). In 2001, though, president Bill Clinton passed a law stating that military animals that had come to the end of their term of service could be adopted, preferably by handlers and/or their families, next by law enforcement, and finally by other adoptive families.

Of course, not all dogs make it back from war. And when they don’t, they are honored. Their food and water dishes are turned upside down, showing symbolically that the dog will not be coming back for them. Then, a poem, “Guardians of the Night” is read to honor them.

11 Famous Dogs That Should Be in History Books
What Do the Pros Look for in Security Dogs? (Video)
Group Spotlight: The Working Group Dogs and 5 Unique Examples from the Group

I don’t even know where to go with this. You know that I usually offer a product suggestion in each of my blogs, but I don’t want to sound like I’m trying to get you to buy something. I admire these military dogs so much, and I just want to see them honored. So, I’m not trying to sell you something, but just to let you know, I bought my dog an [easyazon_link identifier=”B005HIKEO2″ locale=”US” nw=”y” nf=”n” tag=”natur0da-20″ cart=”y” cloak=”y” localize=”y” popups=”y” type=”link” link_id=”670″]Up Country Stars and Stripes Dog Collar[/easyazon_link] List price is $21.00, but Amazon has it for $18.83. Not a huge savings, I guess, but I would have bought it at twice the price. I put it on my dog to honor the military dogs who help our soldiers to protect us.

And now I have to go have a good cry.