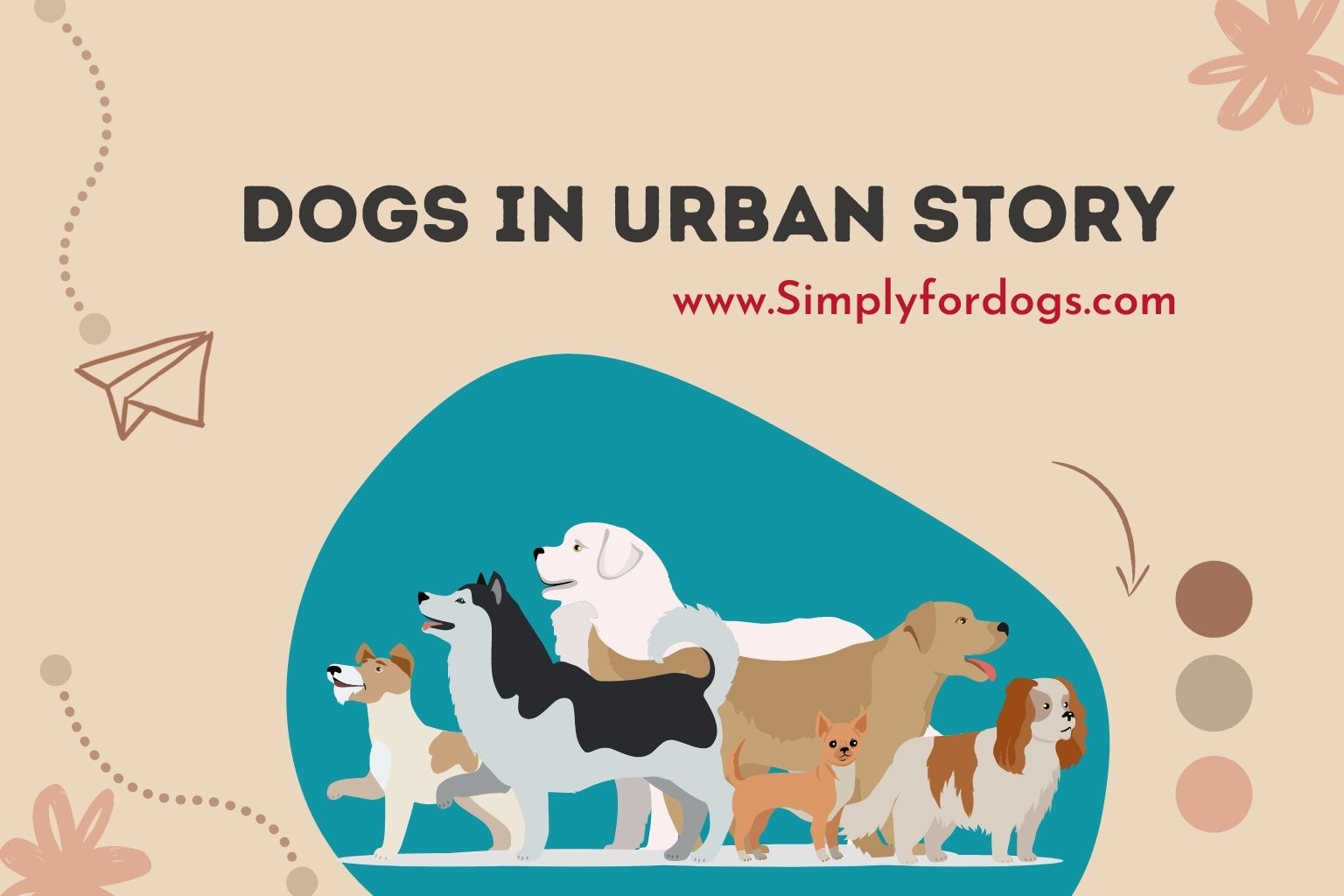 Dogs have been known to play many different roles in urban legends. From seeing in the dark to having psychic abilities and sensing when death is near, dogs often take center stage in these spooky tales.

This legend likely started because dogs have a tapetum lucidum, a reflective layer of tissue in their eyes that helps them see in low-light conditions. However, this doesn’t mean that dogs can see perfectly in the dark – they still need some light to see.

What are the Psychic Abilities of Dogs?

Another popular urban legend is the idea that dogs have psychic abilities and can sense when something bad will happen. This one might be true, as dogs have a highly developed sense of smell and hearing.

This allows them to pick up on subtle changes in their environment that humans may not notice, such as the scent of a gas leak or the sound of a thief breaking into a home.

However, it’s important to remember that dogs are not perfect and can’t always sense when something bad will happen.

What is the dog’s ‘Sixth Sense’?

Another popular urban legend is that dogs have a “sixth sense” and can sense when death is near. This one is likely because dogs are very attuned to their surroundings and pick up on subtle changes that we may not notice.

For example, the pet may notice when someone is ill and acts differently than usual. Or, a dog may sense that someone is about to die by picking up on their scent or behavior changes.

While this ability is not 100% accurate, it is possible that some dogs do have a sixth sense and can sense when something bad is about to happen.

Do Dogs Have the Ability To Read Human Body Language?

They also have a strong ability to read human body language, which means they may be able to pick up on their anxiety or fear about a situation.

So, if you’re ever feeling uneasy about something, it may be worth paying attention to your dog’s body language and behavior. They might be trying to tell you something!

What Are the Top Urban Legends About Dogs?

One popular dog-centric urban legend is the story of the choking Doberman that happened in Las Vegas. The story goes that a woman came home from a party with friends and found his Doberman pinscher choking. The woman took the big dog to the vet, possibly concerned about the animal’s welfare. But instead, the vet called the dog’s owner and told her to move out of the house, and he said that I had already called the police. Later the vet said to her that three human fingers were found in the dog’s throat. Then, the police found a thief in the woman’s closet who supposedly entered from the door while the woman was not at home and got stuck when the dog bit his fingers.

It is one of the scary stories out in the world teaching that life can be hard for those living alone.

Another popular urban legend involving dogs is the story of the barking dog. The story goes that a woman was walking her dog at night when the dog suddenly began to bark uncontrollably. The woman tried to calm her dog, but it was too late – the dog died of a heart attack.

The legend says that the woman’s ghost now haunts the place where her dog died and that if you listen closely, you can still hear the dog barking.

If you’ve ever been to a dog park, you may have heard the legend of the Dog Park. The story goes that a woman was walking her dog at a local dog park when the dog suddenly ran off into the woods. The woman followed her dog and found him dead – he had been killed by a coyote or another animal.

The legend says that the woman’s ghost now haunts the dog park and that if you go there at night, you can hear her crying for her dead dog. There is no evidence to prove the story, but the incident scares strangers away from dog parks.

The legend says that the woman’s ghost now haunts the place where her dog died and that if you listen closely, you can still hear the dog barking.

Like the other urban legends on this list, there is no evidence to support this story. It’s likely just a scary tale created to keep people away from certain places.

The story happened in London. The boss of his company gave a woman the task of dog-sitting. She arrived at the apartment to find the dog dead. She decided to cremate the body but didn’t have a car. So instead, she immediately loaded the pet and took it for cremation through a train. She faced difficulty in lifting the suitcase from the floor to the train and asked a person to help her. He asked the reason for the heavy suitcase. She didn’t want the man to get the wrong idea, so she said she was moving out of her apartment. The man thought the suitcase had valuables in it and ran with it.

What Are the Common Myths About Dog Urban Legends?

Mutt myths and feline fables abound in society. Are urban legends so mysterious and anthropomorphic that they are accepted as gospel above scientific proof? It seems easy for people to believe nonsense above common sense, imagination above biological evidence, laypeople above professionals.

There are different types of stories that get passed around as urban legends. There are the ones that are complete fiction, and then there are those where a kernel of truth is blown out of proportion and embellished to make a more interesting story.

And then there are the ones that fall somewhere in between. The thing about urban legends is that they are hard to pin down. It’s difficult to determine where they come from and how they start. Often, they are based on something that someone has heard second- or third-hand and then passed on.

So, are urban legends real? It depends on how you define “real.” If you consider anything that’s passed around as truth real, urban legends are real. But if you’re looking for stories based on facts, most urban legends don’t fit that definition.