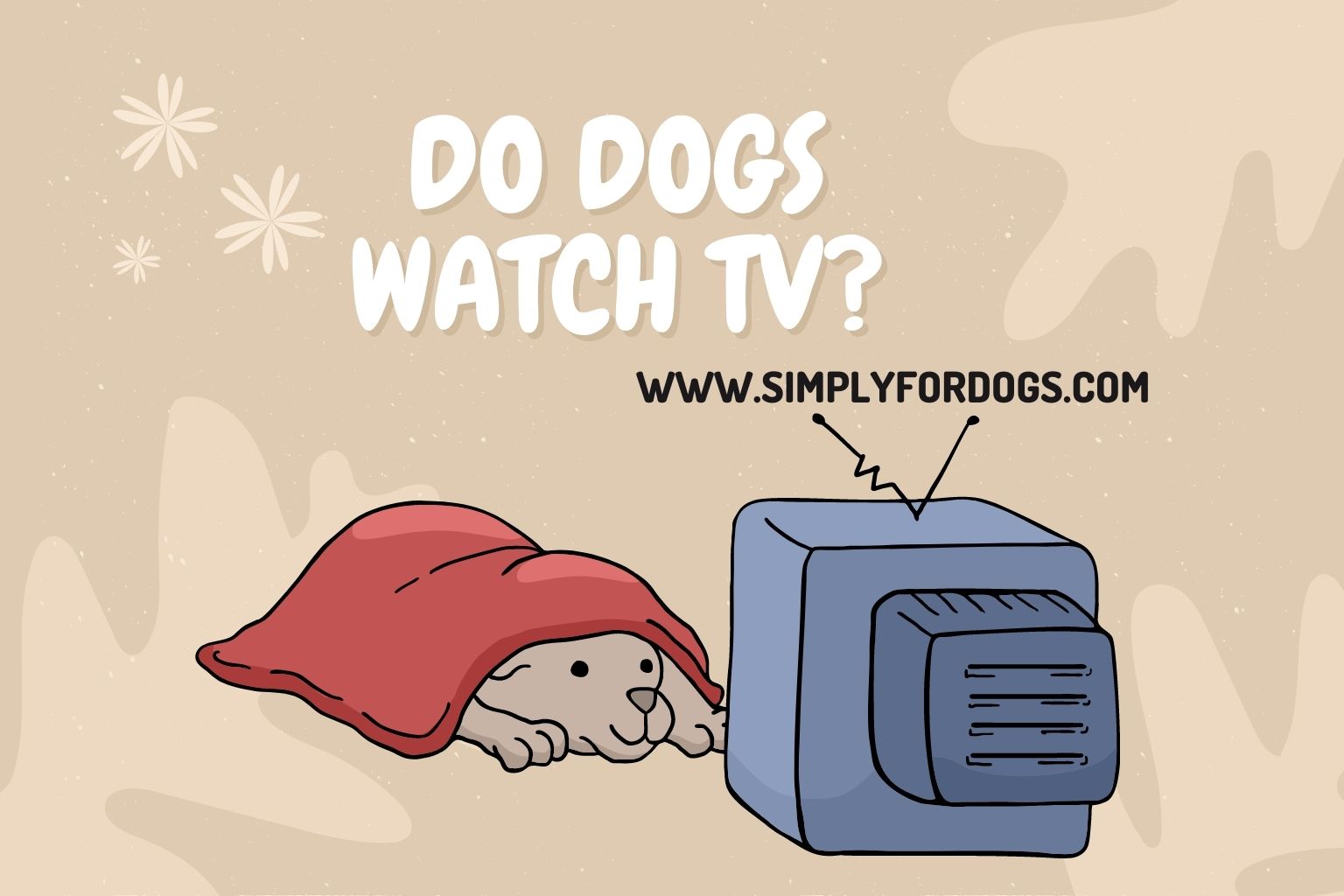 Like humans, dogs can also watch TV, and they do watch it. However, every dog has its own personality and different breed. Like humans, some dogs show interest in watching TV, but some dogs do not. Therefore, the internet is developed on the senses of dogs and what the dogs prefer to watch.

On the basis of senses, all dogs are not the same. For example, some dogs react while watching the TV, and some dogs find the TV time boring and not exciting. However, the dog breeds that have a good sense of vision plus hearing make them feel the sounds, images, and scenery around them even in the form of fewer frames on the screen.

But the dogs which do not have a good power of vision refuse to watch TV. Even modern televisions do not excite them. A higher number of dogs use the sense of smell to detect things around them. While watching television, when the pup does not smell the feature animals, he left these unwatched and moves away.

How Dogs See The TV?

Unlike humans, dogs’ vision is different, and dogs see TV with dichromatic vision. Dichromatic vision means they can perceive images or what they see in just two colors or its relative shades. Human eyes perceive things in three primary colors and all their relative shades. For the dog’s sense of vision, when they are watching TV, they identify images and graphics in yellow, blue, and relative grey shades.

The time of processing everything the dog see is faster than in humans. This dog’s ability makes them see the faster, moving things slower. For example, if the TV watching dogs watch a ball running in a commercial, their brain interprets it faster. They can easily sense the ball moving a bit slower because they can quickly sense every minor change in the vision field.

Similarly, they can quickly detect any faster moving objects in the environment due to their better motion perception and visual field sense.

Why Do Some Dogs Watch TV and Others Don’t?

Some dogs watch television, but other dogs do not. This is a kind of behavior that is present in humans too. Dogs have different personalities. Some dogs find it fun and exciting watching the tv screen, but others do not find excitement in it.

It depends on the breed and individuality of the dog. Different breeds of dogs have good senses of vision and hearing. They detect minor changes in the environment and respond to them. For example, when they watch TV, they respond to sounds coming from their Tv by shouting. Herding breeds come in this category of dogs.

Other dogs which do not possess good senses of vision and hearing do not respond to sounds excitingly. As a result, they may not find TV shows and commercials interesting. Veterinary behaviorist at Tufts University, Nicholas Dodman, explained the same thing that it is all about the personality that some dogs watch TV barking excitedly and others do not find any interest in it.

It is not easily estimated what the dog thinks about the TV. He may take it the same as he takes the surrounding. Some pets take it seriously and are interested to watch tv when they see different dogs and other animals. They find it that these animals are moving around him in his surrounding. The pet which has a strong sense of vision can easily identify the dog of his own species. He finds watching different dogs on-screen joyful and love such dog company.

Other dogs which have a strong sense of smell try to smell everything near them. When he tries to sense the animals on TV, such a dog comes to know these are not real. He takes it as an image only and does not shout or bark in response even he detects the animal of his own breed.

It depends on the dog’s natural behavior patterns, personality, and breed whether they like to watch TV or not. Dog pets’ good sense of vision and hearing makes it enthralling while watching TV. The dog loves to see animals playing, running, and doing the specific entertaining activity. The nature shown on screen may inspire and attract his mind. Seeing the dog of his own breed makes him find new friends.

On the other hand, when the pup, having a strong sense of smell, when finds these animals only as images and not the real-life on television, lost his interest. He does not even bother to respond. Pet behaviorists also answer why the dog watches TV only for a short time is also dependent on the mood and nature of the dog.

After realizing the dog’s interest in television, many dog product selling companies have created many commercials to sell their product. In addition, multiple television shows have been and are created especially for pets. Channels like Animal Planet, National Geographic, and Dog TV are created to provide entertainment to dogs.

Dogs find those channels and shows interesting in which the animals are moving. These featured animals must be those whom the pups love to see in the real life. Like humans, the dog loves to watch its favorite tv show again and again.

What are the Pros and Cons Of watching tv with your Pup?

Does watching television beneficial or harmful for the dog? It is a question that is asked multiple times, but the answer is not very sound and clear. There is no specific evidence of the benefits and harms of watching tv to the dog. But there are fewer relative impacts of watching TV on the dog. Only the pet parents can tell these impacts.

Dogs do watch TV if they find this activity interesting and suitable to their senses. However, all dogs do not necessarily watch TV. Some pets like it, but others do not. Watching TV is just an activity for dogs, and they are not addicted to it.

13 Doggie Documentaries to Binge This Weekend
7 Famous Movie Dogs
Want to Watch Dog Movies? Here are 25 of the Best