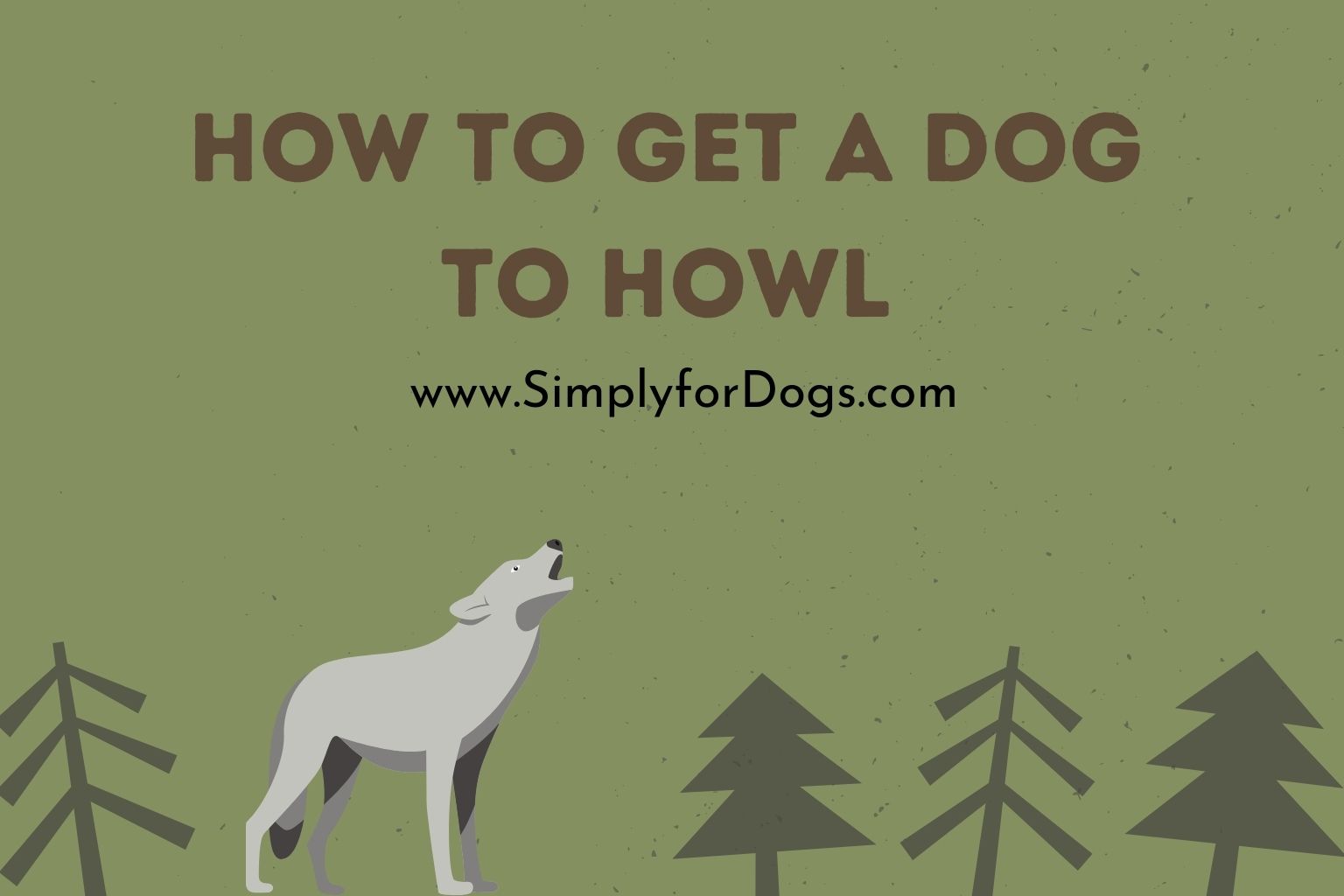 I’m not really sure why anyone would want to get their dog to howl – most of us want to work to prevent extreme vocalization on the part of our dogs. However, I have had a few people ask how to make a dog howl, so I’ve done a bit of research, and come up with some ways.

Before we get into that, though, let’s talk about why dogs howl in the first place. Some breeds simply do it naturally – beagles, other hounds, and husky types, for example.Other breeds might need to be coached a bit if you want to get them to howl.

Typically, wild dogs howl as a way of communicating with other dogs. They might howl to call pack members back, for instance, and this is one of the reasons why some domestic dogs might howl when their humans leave the home. Dogs also howl to let other dogs know when there’s a potential threat. Howling is also a type of bonding ritual.

So, how do you get your dog to howl?

There are several techniques. Here they are:

As previously stated, some dogs just howl naturally. If you have a breed of dog that’s prone to howling, then all you really need to do is wait for him to start vocalizing, howl along with him, and praise him. 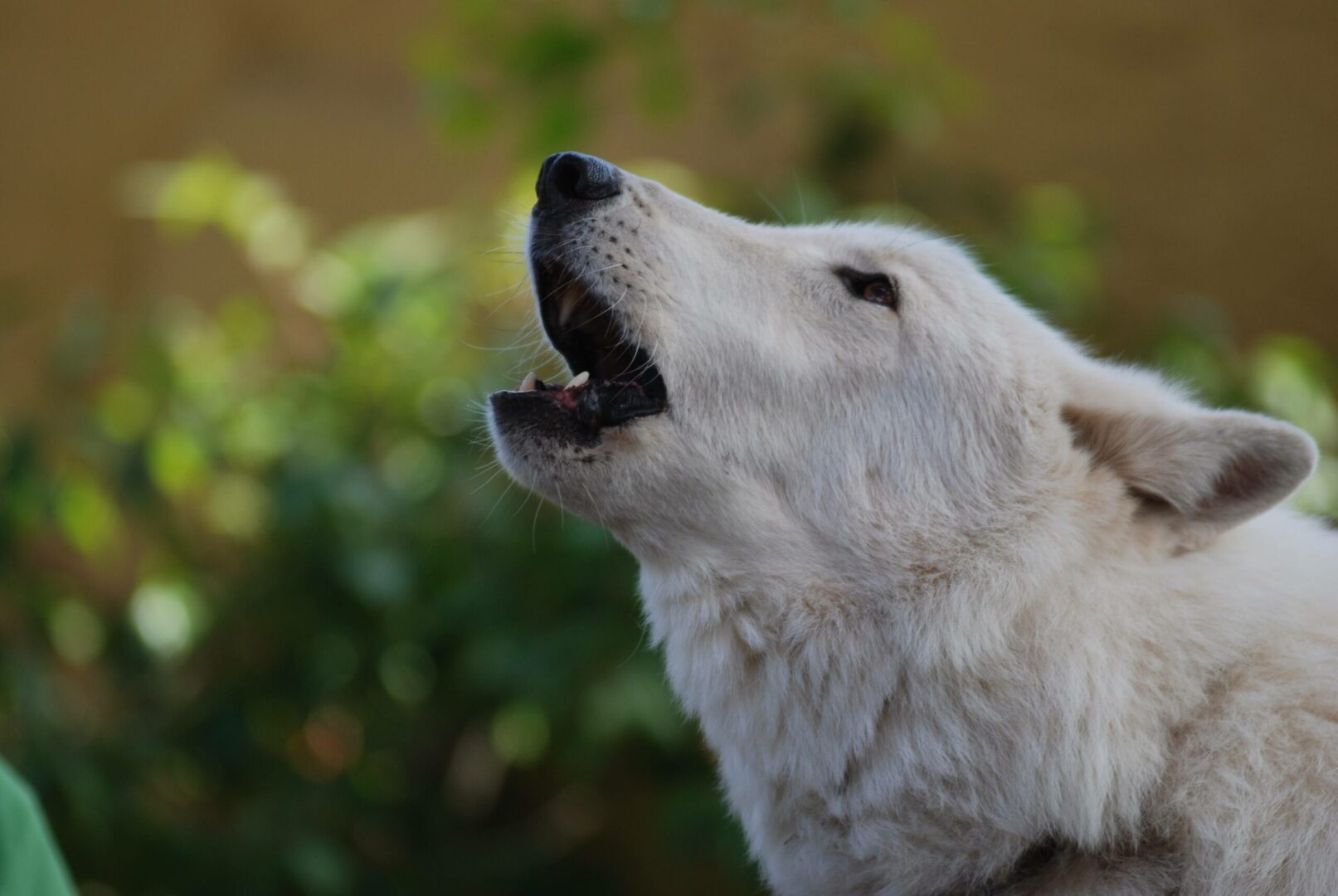 Some dogs respond really well to music, and particularly certain instruments. Many dogs, for instance, will howl when they hear a harmonica. Others respond to saxophones. So, put on a CD, and show your dog how impressed you are when he howls along. Again, praise is the key. Find out what type of music your dog likes best, and use it frequently. Offer lots of praise when he starts to howl in accompaniment.

Try singing or howling in a pitch similar to that of your dog, and wait for him to join in. When he does, tell him “Howl!” or “Sing!” thereby reinforcing what you want him to do. If you do this often enough, you can expect your dog to howl on command, even if you’re not offering vocal accompaniment.

If you notice that this is the case with your dog, you have to find out which instrument your dog responds to by playing recordings of different instruments. Similarly, if you notice your dog barking or howling when you play a cello recording, do issue the ‘Sing’ command immediately before you play the same recording. This is again to ensure your dog realizes that she has to start howling when you say the word ‘Sing’ after playing the triggering instrument recording.

It really doesn’t matter all that much what triggers your dog to begin howling. What is important is that you reward the behavior. In other words, praise him and give him a treat when he responds to your command to “Howl” or “Sing.” Don’t reward ordinary barking, though – just howling!

What is Your Dog Trying to Say?
Top 9 Mistakes New Dog Owners Make
Why is Your Dog Making Weird Noises?

Make Use of Sirens

Many dogs howl when they hear sirens so if sirens are common in your area, use them. When your dog howls when he hears a siren, say “Howl” or “Sing” and give him a treat. Eventually, he’ll equate the verbal command with the need to howl, even in the absence of sirens. If you don’t have a whole lot of sirens going off in your area, you could always download an app that mimics the sound, and use that for training.

This is a little more complicated, but it can be very effective. If you’re not sure what motivates your dog to howl, set up a video camera in your house so that when you’re not at home, you’ll have a way of identifying what makes your dog howl in your absence. Then, when you know what’s triggering the howling, you’ll be able to train your dog to respond to that trigger.

More Howling on Your Part

I know, you probably don’t want to look foolish, but if you’re going to train your dog to howl on command, you might have to. So, arm yourself with treats, get your dog to sit in front of you, and start howling. Give your dog a treat when he howls along with you. This might take some time, but eventually you’ll get a howl out of him, and he’ll get the idea that when he howls, something good is going to happen.

With anything that you want your dog to do, the key is practice. You don’t learn things overnight, and neither will your dog. Make sure to always have lots of treats on hand so that you can praise your dog and reward him when he finally does howl on his own. Be patient, too – Rome wasn’t built in a day, and most dogs don’t learn how to howl overnight.

Sometimes, when you’re trying to teach your dog a new trick, it can be frustrating. You have to be patient, and you have to persevere, but you should never punish your dog for not learning what you’re trying to teach him in the time frame that you think is reasonable. If you punish him, he’s just going to get discouraged, and he might even become so frightened that he’ll never try to howl. Dogs never respond well to punishment, and the angrier you get, and the more aggressive you become, the more likely it is that your dog will simply refuse to learn anything that you want to teach him.

What is Your Dog Trying to Say?
Top 9 Mistakes New Dog Owners Make
Why is Your Dog Making Weird Noises?

These are some of the best ways to teach your dog to howl on command, but it’s up to you to determine which is the most effective.

I’d encourage you too, though, to make sure this is something you really want to do. You might think it’s a lot of fun to get your dog to howl, but your neighbors might not be onside with the idea. There might also be bylaws related to noise in your neighborhood, and violating them could get you in a fair bit of trouble.

Once you do teach your dog to howl, though, it can be a great bonding experience. You can sing together for your own amusement, and that of your guests. As long as it’s fun and not bothering anyone else, go for it!