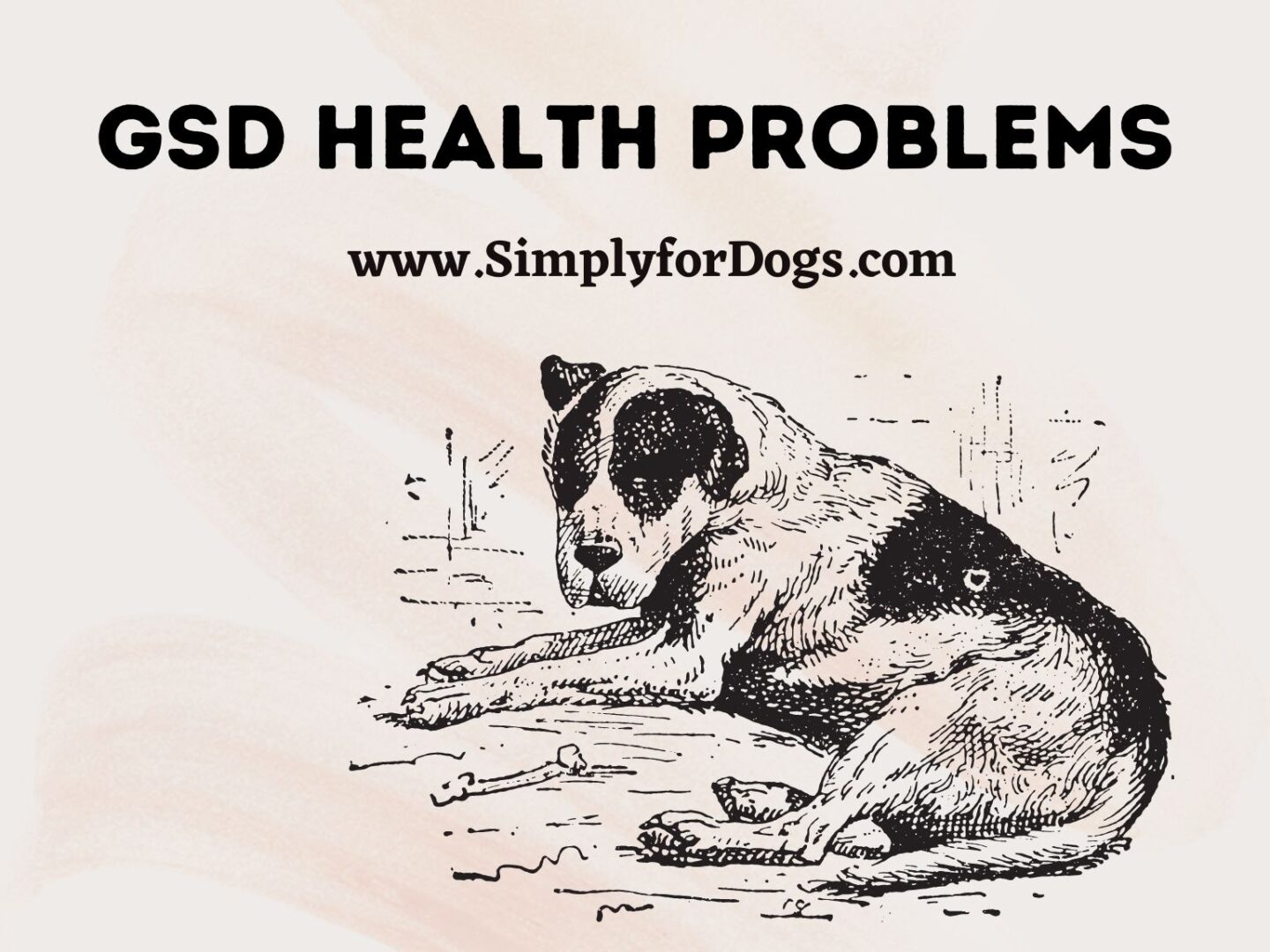 I know that I’m always telling you guys about my trips to the dog park, but I don’t often mention that I also walk around my neighborhood a fair bit.

Well, that’s if you can even really call it a neighborhood.

I live on a country road, and most of my neighbors are at least a quarter of a mile away from me. Some of them I know, like Old Dan who I told you about in Introduction to Hunting With Dogs. Some I don’t know. Others I sort of know, like the old guy with the German Shepherd that I meet on the road once in a while.

I don’t know the old guy’s name. I just think of him as “Jet’s human,” and I’d imagine that he thinks of me as “that human who belongs to Janice and Leroy.”

Anyway, every so often Jet’s human tells me, “He’s getting old. Got a lot of health problems. Might have to put him down soon.”

And yet I still see Jet and his human on the road. They just keep going on. Jet gets older and grayer, and so does his person.

It got me wondering, though, about German Shepherds in general, and GSD health problems in particular.

When I do my “Breed of the Week” posts, I often point out that there’s no such thing as a breed of dog that isn’t going to have health problems. The GSD is no different.

So, let’s talk about GSD health problems. Which are serious? Which just kind of qualify as minor irritations? And when is it really time to think that your GSD’s health problems are bad enough that it might be time to make that horrible, final decision? 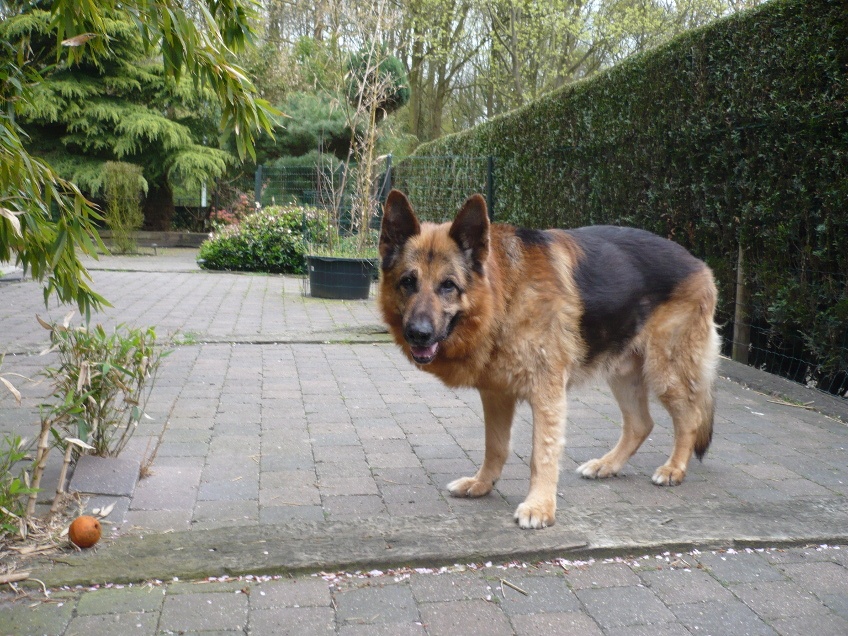 The Most Common GSD Health Problems

With a German Shepherd, the health problems can usually be classified as follows:

Now, let’s talk about them in detail.

German Shepherds are prone, as are many other large breeds, to orthopedic problems. The most common is hip dysplasia, which affects untold numbers of dogs in any given year. It occurs when the hip and bone sockets don’t fit properly. Much of the time, the condition is easily managed. Other times, though, it can cause the joints to degenerate and can result in pain and even loss of mobility.

Elbow dysplasia is similar, but affects, as you might deduce from the name, the joint in the elbow.

This is a condition in which the bone under the ankle, shoulder or elbow degenerates. It usually shows up when the dog is growing – between the age of 6-9 months – and is most common in larger breeds. Often, with young dogs, there are no symptoms, but when they get older, you’ll notice that they’re limping.

This condition is hereditary, so if your dog is diagnosed with OCD, you would be well advised to spay or neuter to prevent the disorder from being passed on to future generations.

This is also sometimes called “wandering lameness,” “long bone disease,” or simply “pano.” Usually, it shows up when the dog reaches the age of five months to a year, and it’s more common in GSDs than in other breeds. Often, this is one of the least problematic GSD health problems, since dogs do tend to grow out of it. It can be painful, though.

I know how heart disease can strike terror into the heart of a dog owner. The fact is, though, as I pointed out in Heart Problems in Dogs – Coughing, Other Symptoms, and Treatments, a lot of the time, puppies are born with heart conditions, like murmurs, that end up working themselves out in much the same way as does pano.

Other conditions can be more problematic.

Aortic stenosis, for example, is a condition in which the arteries in the left chamber of the heart narrow. It’s particularly nasty in that there can be no symptoms at all, or the dog can just up and die.

Another thing that can be common when we’re talking about GSD health problems is atrioventricular valve dysplasia. This occurs when the valves that separate the atria from the ventricles are malformed. Usually, when this happens, the dog will have an abnormal heartbeat.

Usually, your vet will identify this problem before the dog is a year old.

Pulmonic stenosis is another among the GSD health problems. It’s a narrowing of the pulmonary valve, which is located between the pulmonary artery and the right ventricle. Usually, you won’t notice any signs of this disorder, although if your vet examines your dog using a stethoscope, he or she might discover it.

The good news about pulmonic stenosis is that most of the time, it doesn’t require treatment. When it does, usually diuretics get the job done.

This is one of those GSD health problems that usually affect dogs at middle age (4-6 years) and also most commonly affects males.

Often, this condition can go on for a long time before any symptoms become noticeable. Once they do, though, they can be pretty serious – loss of appetite, weight loss, trouble breathing, fainting, difficulty exercising, swelling in the abdomen, and even heart failure.

The trouble here, too is that unless the cause of the symptoms can be directly determined to be due to dilated cardiomyopathy, the only thing your vet can really do is treat it like any other type of heart failure.

If you’re a dog owner, you’ll be glad to know that hypertrophic cardiomyopathy is more common in cats, and comparatively rare in dogs. When it comes to GSD health problems, though, it does tend to crop up.

Hypertrophic cardiomyopathy is a thickening in the heart walls, and it’s more common in GSDs than it is in other dog breeds. Fortunately, it’s a pretty rare condition.

The cause isn’t really known. Symptoms, though, are thickening in the heart walls, making it difficult for the chambers to fill with blood and to release blood – in other words, heart failure.

This is every bit as scary as it sounds. It’s inherited, so there’s not a thing you can do to prevent it. With this condition, either the structure of the heart is abnormal to begin with, or there’s a congenital problem that keeps the heart from working the way that it should. This leads to an irregular rhythm, which usually manifests in the first year of the dog’s life.

When it comes to GSD health problems, I wouldn’t say that this is necessarily commonplace, but it does happen, and nobody really knows why.

This is a condition that happens in large dogs far more frequently than one would like. It’s a sudden twisting in the stomach, usually due to a buildup of gas. Often, bloat doesn’t happen quickly. You’ll most likely notice that your dog is pacing, or lying down a lot.

Agitation, excessive salivating and whining can also be symptoms. When bloat progresses, the abdomen will become swollen, so please, if it gets to this point with your dog, don’t waste time – get him to the vet right away, because if you don’t there’s a very good chance that he will die.

This is another one of the most common GSD health problems. It actually occurs quite often, and usually happens in middle-aged GSDs. It’s a disorder of the immune system that is very similar tomultiple sclerosis in humans. If left untreated, it can lead to tissue damage.

This is a type of cancer that occurs in the spleen and the blood vessels. It’s very invasive, and seems to be quite common in large breeds. I wouldn’t say that this is a huge issue when it comes to GSD health problems, but it’s still something that you should look out for.

Often, this disease doesn’t display any symptoms before it gets to the point of being really, really bad. And when it is discovered, the prognosis is not good – most dogs will only live 6-8 weeks following diagnosis.

Symptoms include bleeding from the nose and eyes, lethargy, pale mucous membranes and swelling in the abdomen. Just as often, though, dogs can end up dying of this condition without ever displaying even a single symptom.

Epilepsy in dogs isn’t really all that different from epilepsy in humans – it’s a seizure disorder that can be caused by low blood sugar, an underactive thyroid, ingestion of toxins, and other factors.

Most of the time, a dog with epilepsy will have his first seizure in his first four years. With GSDs, it might happen earlier.

So now we’re getting to the low end of the spectrum, with issues that can be common but are very easily corrected. Cataracts are every bit as common in dogs as they are in humans, and they can be removed surgically.

These are some of the most common GSD health problems. Keep in mind, though, that there is no guarantee that your GSD is ever going to develop any of these problems – in fact, the chances are that he won’t.

These are just things that you might want to keep in mind. Realistically, GSD health problems are few and far between, so just keep them in mind, but don’t sweat it.