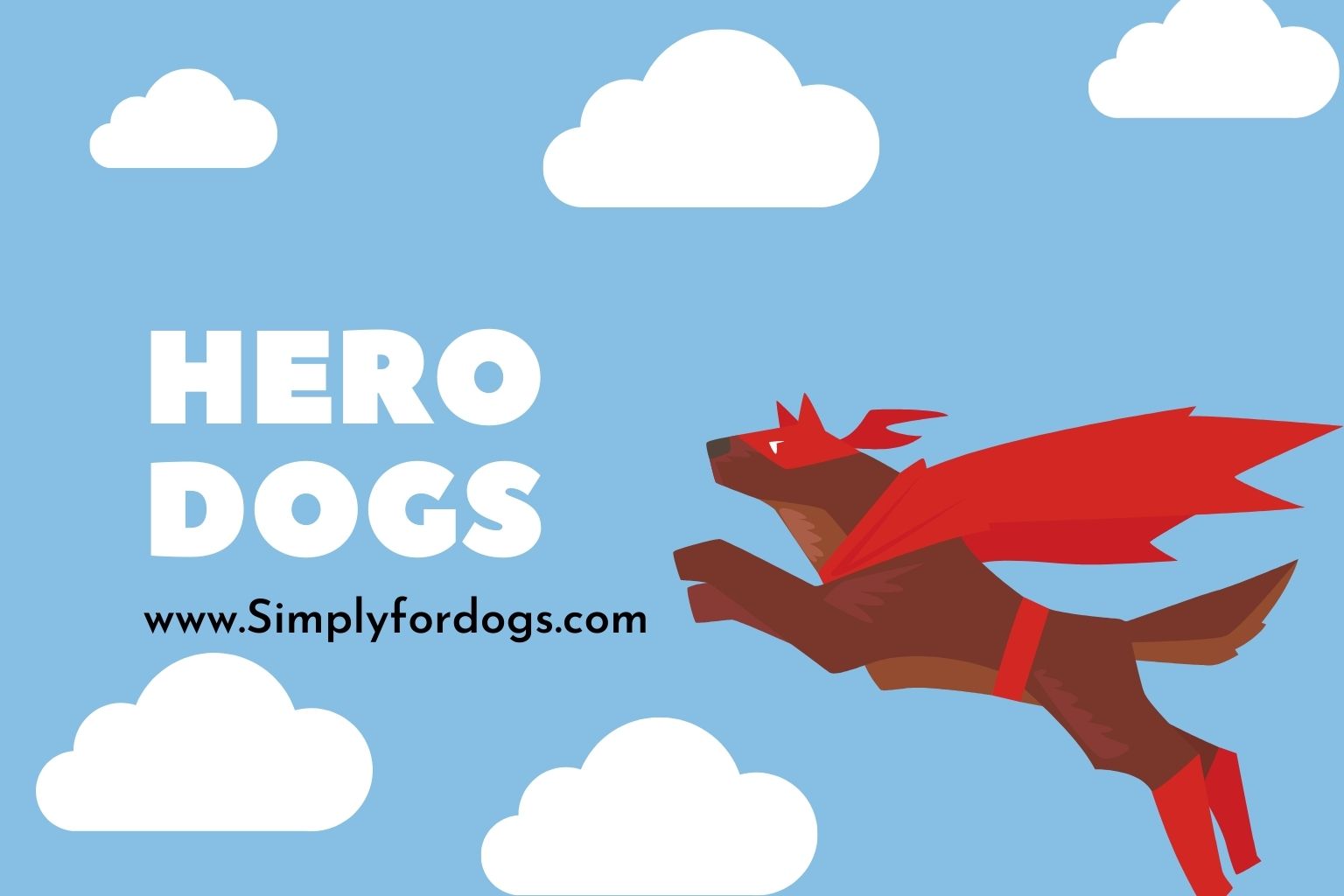 Would your dog protect you in dire circumstances? Most of us have wondered that from time to time.

The fact is, some dogs have an incredible sense of loyalty and an amazing ability to know when their humans are in distress and need their assistance. And every day, we hear stories about hero dogs who have gone the extra mile to make sure that their humans, or for that matter any humans, are safe from harm.

I’ve done a bit of research, and compiled a few stories about hero dogs. They inspire me and bring home just how special our canine friends are. I hope you will enjoy them as well.

Okay, I’m the first person to admit that I don’t typically think of Yorkshire terriers as hero dogs. I mean, if you’re going to head out onto the battlefield, you should at least be well-armed, right? And if you’re going to wade into battle with a Yorkie, would you maybe be better off just heading out with a cat? How is a tiny little Yorkie ever going to be a hero? If you’re about as big as a size 10 shoe, how are you ever going to be any use to a person who is danger? I mean, really!

You probably shouldn’t ask Joe those questions. He might have to hurt you.

Yorkie Joe weighs about six pounds soaking wet. His opponent in the match that we will talk about was a black bear, weighing well over a hundred pounds. In other words, about 33x Joe’s weight. One day, as Joe’s person was talking on the phone, the bear decided to invade the house, probably in search of Joe’s food bowl. Joe was having none of it, and he launched all six pounds of fury toward the bear, which speedily backed off. He protected not just his food, but his person who was in the next room.

Was it just about food or was Joe protecting his person? I don’t know. You’d have to ask him. If you feel safe enough to get close to him.

Roselle is a Labrador retriever who lives in New York City. She was a guide dog who always accompanied her person, Michael Hingson, to work. Michael is blind;literally can’t see a foot in front of him, and every day, Roselle went to work with him and looked after him.

You know the date – September 11, 2001. Just a bit before 9 AM, an explosion rocked the building. Michael had no idea what was going on, but he took hold of Roselle’s harness, and trusted her to get him away from danger. He really didn’t have much of a choice, since he definitely wasn’t going to get out of a bad situation on his own.

Roselle did her job – took Michael to the stairwell and led him down. But she didn’t stop there – she also approached a hysterical woman, stayed with her until she became calmer, and helped her down the stairs. On the way up, they encountered firefighters, many of whom paused briefly to pet Roselle. Given the number of firefighters who died on that horrible day, that might have been their last experience of love, and Roselle was glad to give it.

Michael and Roselle made it out, and made it home. Michael wanted to give back, so he became a spokesperson for Guide Dogs for the Blind. Sadly, three years later, Roselle became ill with a blood disorder. In 2011, she died. Michael says that he has had many dogs, “but only one Roselle.”

Jack Farrell was 80 years old. He woke on his kitchen floor, bleeding from his arm and face, and the only sensible explanation he could think of was the unthinkable – he believed that his German shepherd, Max, had attacked him.

It turned out that nothing could have been further from the truth. Max had not attacked – he had sensed a carbon monoxide leak, and far from attacking, Max was trying to get hold of Jack’s arm so that he could drag him to safety.

Jack had passed out from inhaling carbon monoxide. The marks on his face were from Max trying to wake him up. The injuries to the arm were from the dragging. Max wasn’t trying to hurt Jack, he was trying to save his life!

Jack knows now that Max loves him and was just trying to help him, and he loves Max even more because of that.

You may have heard of Trakr. He actually commands a whole lot of admiration, and he’s a very prestigious dog. Following the World Trade Center Attacks, Trakr and his handler, police officer Jamie Symington, made their way over all manner of unstable debris at Ground Zero, and were actually able to locate the last person known to survive the attack. Probably their popularity is due in some measure to the fact that Jamie Symington is pretty good eye candy, but indisputably Trakr played his part. He’s a good dog!

You and Your Dog

I am firmly of the belief that if you love your dog, he will protect you. I went into detail on dogs for protection in Training Your Dog to Attack, but most of the time, I don’t think it’s necessary. But I have to say that there are dogs who go above and beyond, who do the extra mile, and who do things for their people and even for total strangers that we have no right or reason to expect. Why do they do it?

I think the reason is simple. We have such a long history with dogs. From the time we discovered fire, dogs have been with us. It doesn’t occur to them not to protect the bringers of the fire, the love, the light, and the warmth. They belong to us, and we belong to them. And in the same way that we bring warmth, love and light to them, they bring it to us. We belong together, and in the final analysis, that is all we really need to know.