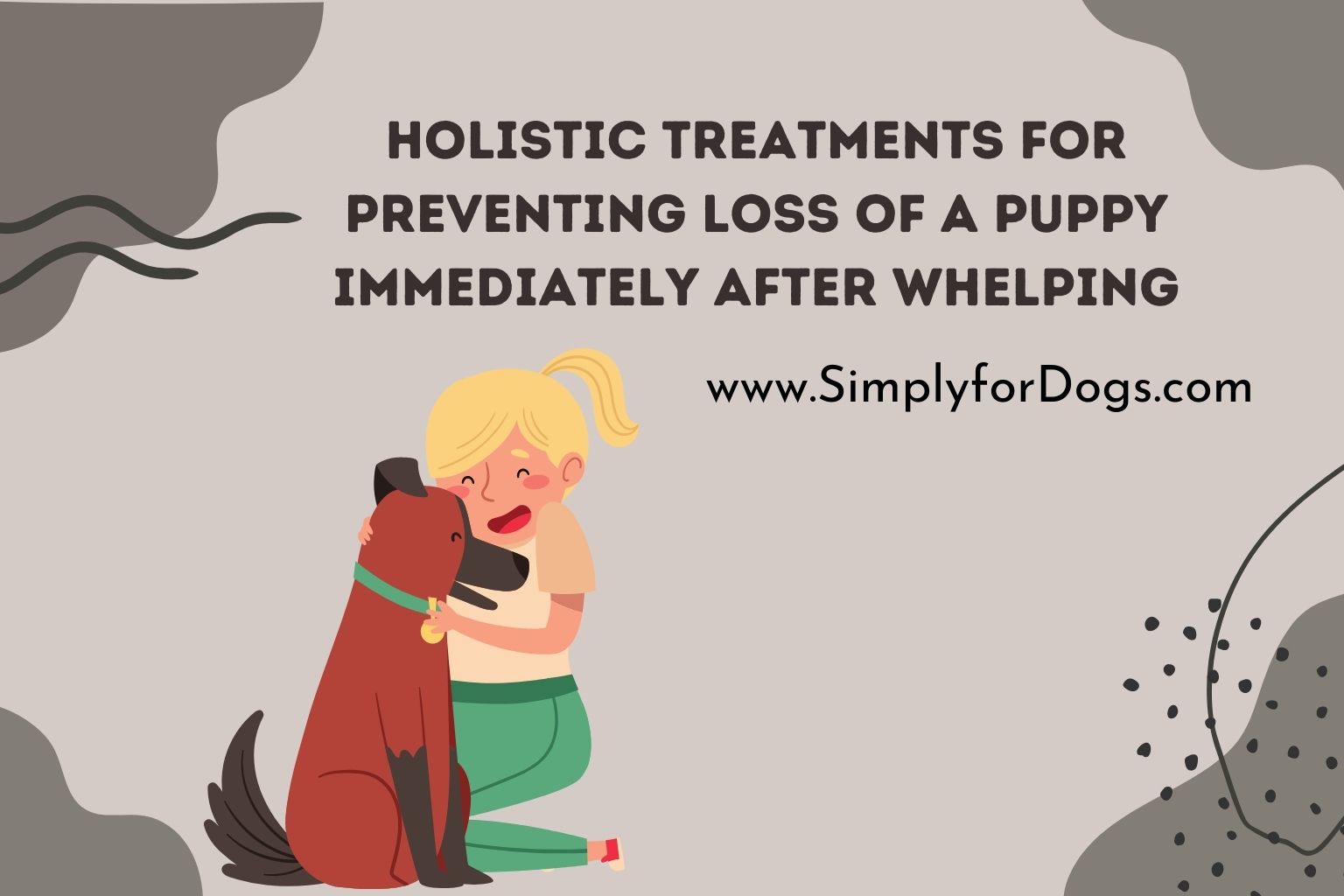 Regular readers know that my Janice just had a litter a while ago, and like any breeder, I was obsessing all throughout the process.  Janice had a perfect delivery, with the puppies being delivered on time and healthy. But of course, then I began to obsess about the possibility of puppies dying soon after whelping.

So, how do you prevent the loss of a puppy post-whelping? There are several things to consider.

The first thing you need to do is make sure that the puppies are out and on the ground fast in order to prevent the loss of a puppy, or puppies. The longer a puppy remains in utero, or in the birth canal, the greater the chance of mortality. So you want to make sure that they’re born in a timely fashion.

The loss of a puppy is most likely if he remains in the birth canal too long. This is because he doesn’t get enough oxygen, and also because the longer the puppy is in the birth canal, the greater is the likelihood that he will aspirate amniotic fluid. This is, obviously, not a good thing, and it’s why it’s very important to monitor the bitch before she delivers.

Slow whelping tires the bitch out.  Once you see that your bitch is getting ready to whelp, it’s very important to watch her.  A normal whelping will take about six hours, and no more than nine. If she goes beyond that point, then you need to get her to a veterinarian – she might need a C-section.

Before you panic, though, there are some holistic measures that you might consider. Keep in mind, though, that these measures should never be used as a substitute for veterinary care.

Calcium gel can help with contractions and lead to more effective movement of the puppies down the birth canal. If the delivery process continues beyond 9 hours, though, forget your holistic remedies and get your dog to the vet.

This can ease labor, particularly in the early stages.

With puppies, one of the most common reasons for mortality in the first week is diarrhea. When the bitch is given probiotics two weeks prior to, and two weeks after, delivery, the likelihood of diarrhea in the puppies is reduced.

The most important nutrient a puppy can receive is colostrum from the mother. This is the “first milk” that contains antibodies that start the puppies off. If, for some reason, the puppies don’t get the colostrum, then it’s very important that you buy a supplement. Supplements are available at most farm stores, so if the puppies need it, get it! If you don’t, you’re compromising the health of the litter in a huge way.

If a puppy doesn’t get the colostrum or isn’t nursing on the mother, then there’s a very good chance that he will die of malnutrition. Los of a puppy due to malnutrition should never happen. So whatever you have to do, whether it’s buying colostrum replacer, or finding a foster mother for your litter, do it. In the first week, it’s always possible to forestall the loss of a puppy. Look after them, and keep them growing!