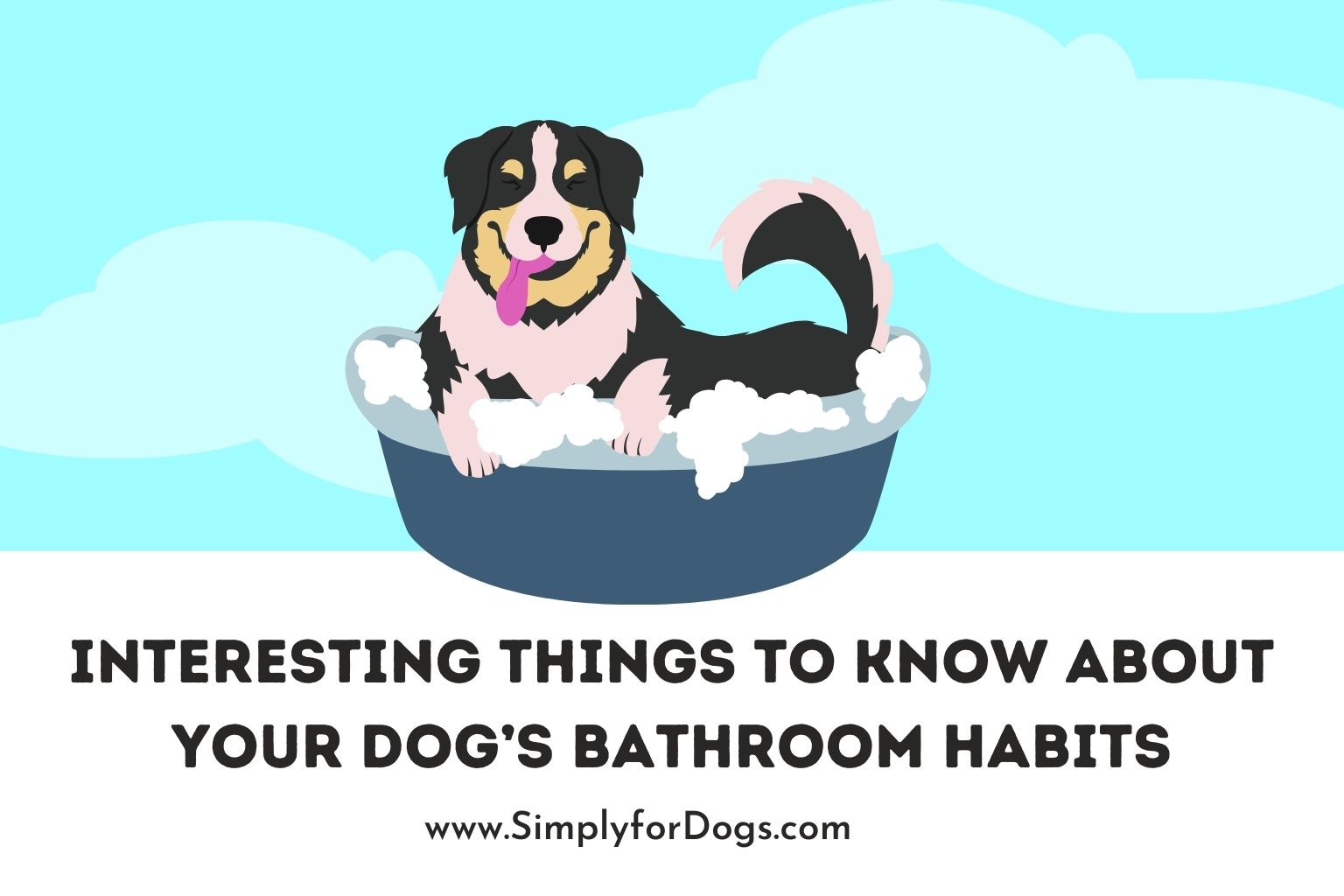 In my 2017 article, Help, My Dog Poops a Lot!, I went into great detail about dog digestion. In fact, I got right down to the nitty-gritty and devoted the “post to farts and poop”. It is not an area of especial interest to me, but I do get lots of questions from readers, friends and other dog owners about “potty-related” issues. From the intense odor of dog emissions (sorry, I just cannot get myself to keep writing farts and poop without feeling like I’m talking with my little niece who is especially interested in those topics) to the frequency of them, dogs vary widely.

My mother’s many Pekingese dogs were rarely gassy or stinky, but our family’s German shepherd mix was really one of the most aromatic dogs I’ve ever known. He could clear a room faster than anything on record, and that included forcing fellow dogs to flee his stench! The problem with doggy digestive issues that result in intense stink is that too many people become impatient or intolerant of it. Yes, I know that I have admitted that Janice’s gas doesn’t really bother me much anymore – even if blasted right into my sleeping face – and that is odd, but any dog owner should be prepared for the smells.

From wet dog smell, skin condition smell, rank breath stink, gas and stinky poop, dogs can be pretty smelly creatures. If you go into pet parenting thinking it will be sunshine and daisies – and even smell like sunshine and daisies – you are going to be disappointed. If you banish a dog to a doghouse, kennel or other area because they smell, well…you are not a good fit for owning dogs.

As I noted in my article, gassiness and strong smells can be due almost entirely on the diet you feed your puppo. In other words, that smell you can hardly stand might be associated with cheap or poorly chosen foods. While it might also be a problem in the digestive tract (such as an infection or adjusting to a new food), most of the time it is diet, lack of exercise, too much food or treats, or just the dog’s age that can lead to smellier conditions. You need to be patient and try adjusting their diet, taking them for more walks, ensuring they get enough water, and avoiding too many treats or human nibbles. In the end, it is about you being calm and waiting to find what’s right for the pup.

Impatience should also be toned down when you take dogs for bathroom breaks, i.e. walks.

I cannot tell you how quickly my blood boils when I see someone disinterestedly walking their dog (often with a mobile phone in one hand and lead in the other), and then tugging on that lead to get the dog “to go” or hurry up about the walk. Dogs are not great at parlor tricks and cannot poop on command. They have a lot to consider when they go about their “business”, and your patience is one thing that is required. So what if the dog seems to be walking or spinning in circles for a few minutes and then NOT going? It isn’t going to take up very much of your day to quietly, calmly and even encouragingly wait out the spinning and sniffing for that poop zone that is just right.

Actually, that is the very reason I tell you all of this. Some recent studies have offered up a set of unusual theories about dogs and one of their more notable bathroom behaviors – spinning around before pooping. 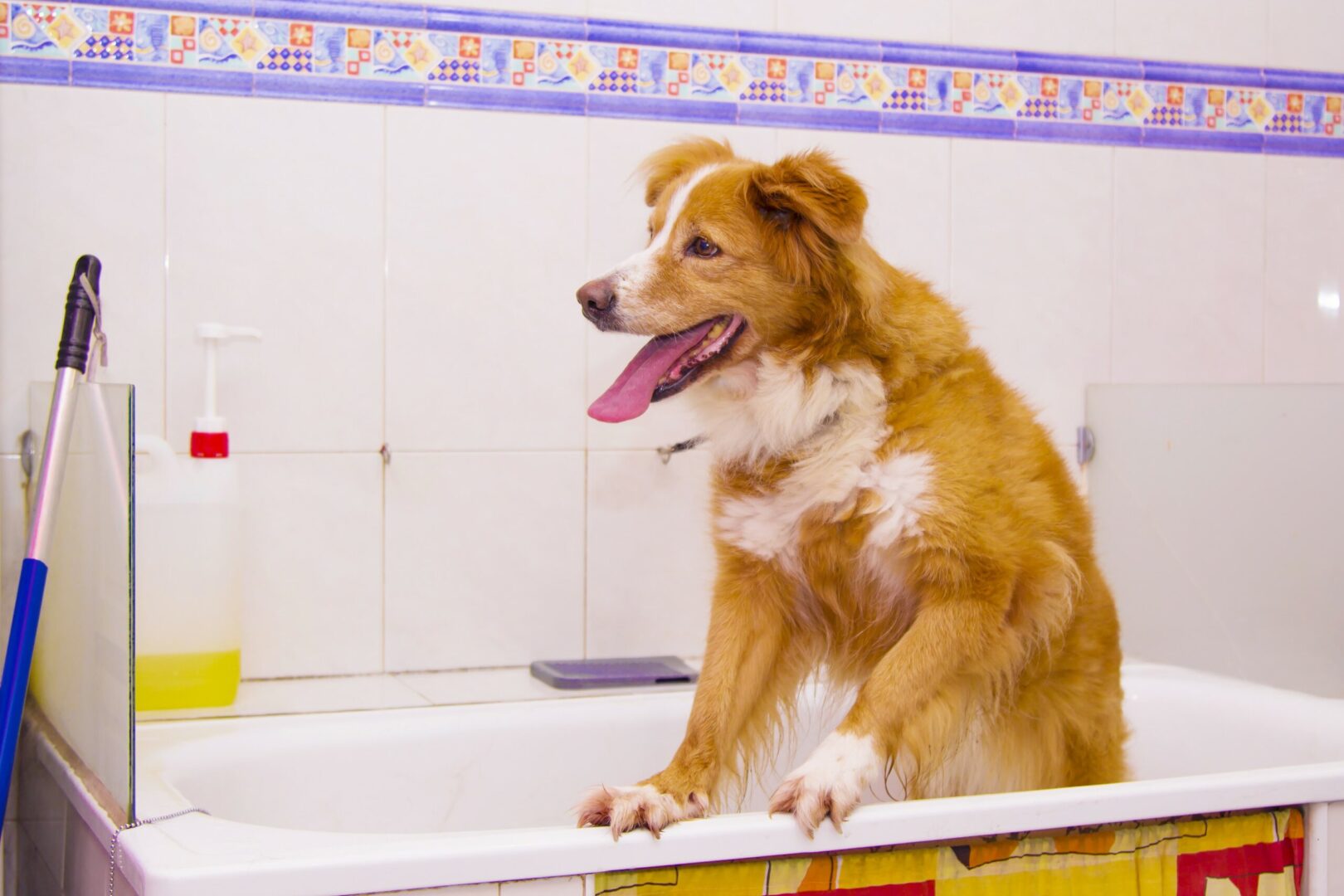 An article in Reader’s Digest said this of the matter: “Most dog owners have probably been puzzled (and possibly impatient) waiting for their dog to do its business. Instead of just finding a soft area of grass to go number two, they make a whole ritual out of it, spinning in a circle before finally squatting. Luckily, the ultimate pet owners’ question may finally have been answered.”

Bathing a Dog With Baby Shampoo – Is it a Good Idea? (Video)
7 Tips for Getting Your Dog to Love Bath Time
7 Ways to Conquer Bath Time with Your Dog

That got my attention. Not because Janice and Leroy spin around a lot before taking care of business, but because I’d like to have something to say to those who are impatient with the furry spinners in their homes…and, well, I’d really like an answer!

The article went on to explain the study released by Czech researcher Hynek Burda. You can read it here, but I’m happy to give you a summary.

Burda felt that existing theories about dogs’ habit of circling prior to pooping were not correct. The most common answers include:

Yet, Burda didn’t agree. He argued that dogs are descended from wolves who would not worry about any sort of predators in tall grass, and also that their senses of smell and hearing would be much more effective in detecting any potential threats.

No, Burda said that dogs do a pre-poop spin because they want to “get a feel for the Earth’s magnetic pull.”

I know, it seems a bit far-fetched, at first. Give him a minute or two and you might think twice. He explained that the Earth’s magnetic field or MF (which protects use from radiation coming from outer space) is also what shows us both true north and south. It is used by birds in annual or seasonal migrations, and Burda thinks dogs use it to orient themselves when they poop.

How and why? The study monitored 70 dogs over a two year stretch and documented the directions they faced when doing their bathroom business. They also measured the strength of the magnetic field in the area around the dogs. Interestingly enough, around 20% of the time when the magnetic fields were calm AND it was light out, the dogs pooped facing true north or true south. If the MF was “less stable”, the dogs positioned themselves in any direction.

As the article reasoned, “The pattern couldn’t explain why dogs like facing the Earth’s poles, but the researchers think it might help them remember where they marked their territory…If they can remember which way they were facing, they might find it easier to find that spot again.”

In other words, dogs have some sort of internal compass that helps them to align themselves to true north or south when the magnetic fields are stable. The researchers posited that they did this because it helped them with territorial marking and spatial orientation. Yet, that’s not where the story ends, because Burda and his team had more observations to share. These include:

Dogs do not have a preference based on their hemispheric location, i.e. dogs in the southern hemisphere did not react more or less to a northern or southern “pull”

The presence or absence of daylight had no part in the dog’s choices in orientation. Since many scientists and others had wondered whether or not dogs faced away from the sun to have less interference to their vision, it was a good question. However, whether it is full daylight or evening, the dogs’ behaviors remained unchanged. As Burda noted, “Dogs change predictably their orientation with respect to changing magnetic field conditions but not with respect to changing meteorological weather.”

So, it isn’t unique to dogs, but the study is the first to demonstrate magnetic sensitivity and measurable and predictable behaviors to natural magnetic field changes. The study also indicated that dogs are highly sensitive to small changes in polarity of the magnetic fields, too.

And what about behaviors relating to pee?

I wondered if the orientation applied to peeing, and sure enough, the report said that observations included both activities. Dogs also followed similar patterns of alignment, but the study did not touch on that weird kickback and dig thing so many dogs do after they pee.

Growing up we had the tiniest male Pekingese, and he was also the most aggressive male dog I have ever known. Napoleon had nothing on this guy, and he’d try to take on our German shepherd and almost any other male dog. He even turned on the male puppy we had as soon as the dog aged into maturity. We ended up keeping them in separate living areas because eye contact meant fights, and by that time the older guy was actually quite ancient.

One of his other traits was a few minutes of kicking and scratching after he’d peed anywhere in the yard. It was through him that I was taught to let a dog do their thing before, during and after their bathroom breaks. It might be freezing and snowing, but if Snuffy (short for Snuffleupagus, the big brown and furry elephant on Sesame Street, which he looked just like) needed a few moments of kicking and strutting – let him do it.

I remembered busting a gut as a child every time he did this, and as I got older I wondered just what the heck he was doing EVERY time he peed. My mother always insisted it was territoriality, “He’s marking his turf, Ash,” she’d said calmly. It didn’t ever sit right with me because he did it to the same spots over and over, as well as anywhere else he went.

What I learned about it is quite interesting. According to one expert, “Kicking up dirt after peeing isn’t actually a common behavior”. It is officially known as ground scratching (which, I feel, might be too boring a name – why not Canine Cha-Cha or Post-Pee Popping?), and it is a trait inherited from ancient wolf and coyote cousins. That same expert said it is used by pack leaders to claim proper territory…to set a boundary”. You see, the pee is a sort of signal or message, and the ground scratching or Post-Pee Popping (you can choose your preferred title) is like a line being drawn in the sand.

It is also a chance for a dog to spread around the pheromones contained in the scent glands in their paw area. So, they pee, kick the dirt and grass in the area to spread around the urine AND mark the line that a challenger must not cross, then they release some of the pheromones in their paws to further saturate the area with scent and information.

It could be entirely non-aggressive, such as a modern dog saying, “Hey, a dog lives here and he/she is very cool about visitors…so, welcome.” It could also be entirely aggressive and send out the signal of “This is my turf, do not even think of crossing that line!”

Should you allow dogs to do those oddball bathroom things? According to veterinary experts, the answer is a resounding yes. They say that you must “let your dog practice this invisible communication” because it allows them to communicate with dogs and wild animals. Even more importantly, it represents your dog’s way of “making your house their home.”

So, although dog bathroom habits may require us to be a bit patient, it is best to allow your puppo’s natural instincts to flow freely. Whether it is behaving like my darling Janice and letting rip at any hour, and even in humans’ faces, or your dog’s cycle of spinning around and around to find the perfect spot to poop – it is based on a natural need or pattern that humans should allow and even encourage.

Bathing a Dog With Baby Shampoo – Is it a Good Idea? (Video)
7 Tips for Getting Your Dog to Love Bath Time
7 Ways to Conquer Bath Time with Your Dog