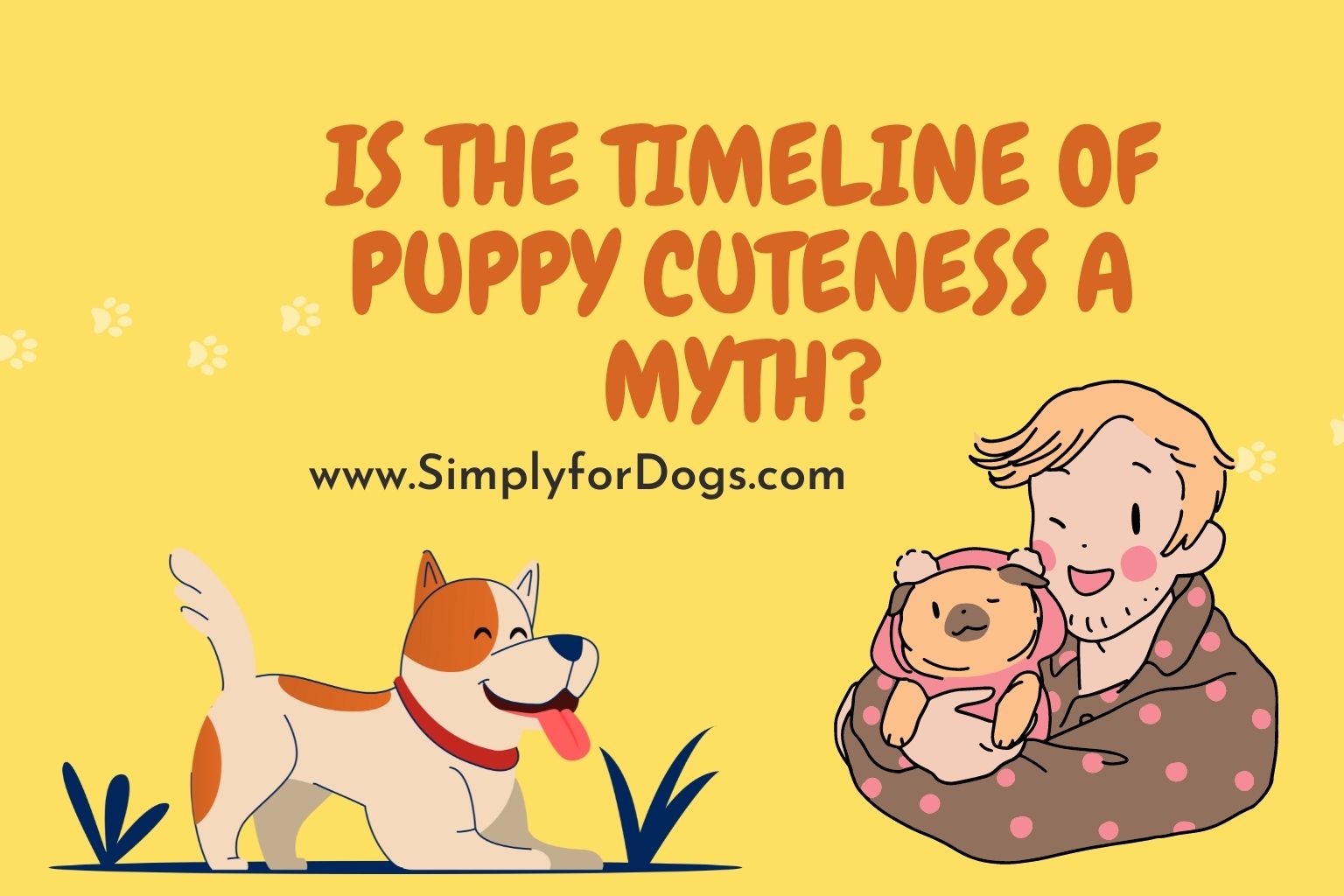 I look at Janice, and though a moment before she was sitting and staring at me, the moment our eyes meet she raises her eyebrows and opens her mouth to reveal a bit of soft, pink tongue – almost like a half smile. “Oh Janice,” I say, and she comes for a bit of snuggling.

I was just conned.

According to a recent article in The Atlantic, dogs have learned to assume a “puppyish air” when humans look at them. It is why we continue to look at them, because it triggers a surge of hormones, known as oxytocin, to flood our brains. This is the feel good, or “love” hormone, and both people and dogs experience it when gazing into one another eyes.

As the article noted, when a dog makes that cute, puppy face at us, it elicits the response it needs, one that is “the same feedback loop that exists between human mothers and their babies.” By getting us to look at them more and more, the bonds between us grow stronger and tighter.

And I thought cats were cunning with their meows custom designed to sound just like those of babies!

Yet, why would striking a baby-like pose get us to look continually or consistently at an adult dog? It has to do with a puppy’s peak cuteness timeline and the ways that humans and dogs bond. And though the article noted that there are scientific studies that prove this pattern to be true, there is also an entirely separate tradition that proves it true as well – the age that puppies can be adopted out.

Dog breeders, if you don’t know, typically allow pups to go to their new homes at roughly eight weeks, or later. Sooner, and the pup may not have been properly weaned, and can run into a lot of health and socialization issues. Yet, unsurprisingly, eight weeks of age seems to be the point of peak puppy cuteness. And as the report notes, it is this peak cuteness that serves to help bond human to dog.

People like cute, there is no arguing the point. Puppies are very cute, but especially around the eight-week mark. A study conducted by the Arizona State University canine-science laboratory found that most people chose dogs of roughly six to eight weeks in age as the cutest. And as those of us who have raised pups know, at eight weeks many mother dogs become unwilling to nurse their pups.

Then, the con begins.

How? Just think about it for a moment – at eight weeks, Momma Dog says, “No more for you…go eat real food.” Now, in our modern world a pup is not part of an actual pack and cannot get food on its own. It, instead, relies on its humans for a supply of healthy food. And, as the scientists note, “Peak cuteness, then, is no accident—at exactly the moment when our intervention matters most, puppies become irresistible to us.”

What’s With the Face

Yet, a lot of people read that and think, something along the lines of “Well, all puppies are cute…what does that eight week mark really change about the pup?”

Almost any breed will develop attributes that humans are likely to fall in love with by six to eight weeks. This is when, oddly enough, they have their most baby-like (human baby, that is) features. Very large eyes, a large and even bulging forehead, and adorable little legs. Now, don’t get me wrong, we’re also likely to fall in love with other animals (baby or not) with similar features. The certain kinds of salamanders known as axolotls, for instance, are found by many humans to be absolutely adorable. Take a look…I’ll wait.

Yet, before that, such as in the first weeks of life, most people don’t use the same emphatic terms about a puppy. Remember, for the first weeks of their lives, puppies are often blind and deaf, unable to walk or move easily and just cannot interactive with anyone except their mother. This, as you might guess, most humans do not find irresistibly cute. Sure, we want to protect the helpless little bundles of fur, but we don’t get those cues of oxytocin and bonding…yet.

But, by the age of eight weeks, most dogs are able to both draw our attention AND get minion-like adoration from their humans due entirely to their similarities in appearance to human babies! That brings us back to Janice.

When I turned to look at her, she instinctively went all pupper on me. She popped a baby pose and totally suckered me in. Yet, why would she need to continue to do this. After all, she’s no longer a totally dependent baby, needing me to feed her and capable of hunting (probably) to obtain food. We’re 100% bonded and I’d give her a kidney if she needed one.

So, what’s with the face? 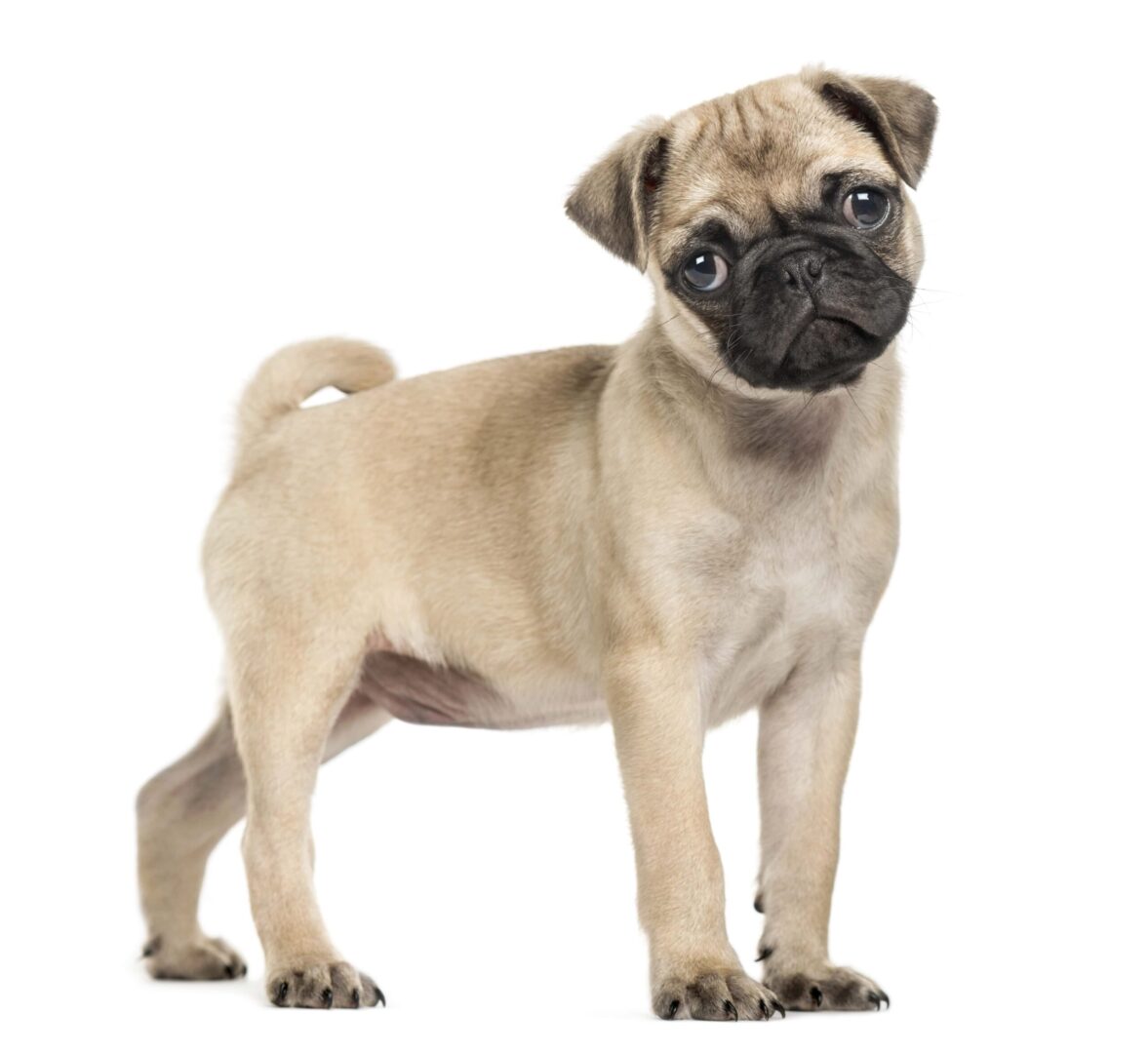 Apparently, as the scientists determined, humans, pups and other animals are not exactly adorable at birth. The report used the term “newborn ugliness” (that is their expression, not mine!) and indicated that the rapid movement to peak cuteness is nature’s way of making up for that initial period of un-cuteness.

As a team of psychologists noted, “the delayed onset of cuteness in human babies offers benefits far beyond kicking our caretaking instinct into overdrive—it also prompts a flood of social interactions, such as petting, playing, and baby-talking.” This is identical to the needs of a pup – socializing, petting and playing, training and bonding – and so they become cute at a point in time when it allows those developmental needs to be met and nurtured.

Bonding, though, is never a “once and done” thing. We bond with fellow humans as well as pets throughout our lives. And though we form bonds, the world’s best relationship coaches will agree, those bonds need our ongoing commitment and effort. And as I already mentioned, studies have proven that “human dog interactions elicit the same type of oxytocin positive feedback loop as seen between mothers and their infants.” We become close to our dogs through those early bonding experiences, and then continue to be close to them because of repeated bonding experiences, including the baby face.

Not a Two-Way Street

Now, you may want to sit down for this part (if you aren’t already), because a lot of dog owners dislike learning a few hard truths about the bond between owner (pet parent) and puppo. According to a study done at Monash University in Melbourne, Australia, oxytocin improves a dog’s ability to understand what humans mean when they point at something. This, the scientists argue, is how the “face” and oxytocin also played a strong role in dog domestication.

In other words, the “mutual gazing” of dogs and humans doesn’t occur in a vacuum or have everything to do with emotional bonding. In fact, in a hilarious explanation, the Australian scientists said this of the matter: “dogs probably associate the behavior [mutual gazing] with food and playing, both of which can also boost oxytocin levels. So although we may view our dogs as our babies, they don’t necessarily view us as their mothers. We may just be cool friends who give them an occasional massage.”

Yet, this also brings up a pretty big question: Can you love an adult dog and bond with it in the same, rather intense, way you can with a puppy? In a word: Of course! (Okay, that’s two words, but I needed to be emphatic here!).

While those scientists in Australia may be correct in their beliefs that dogs do not see us as Mom or Dad but more as a best friend, that doesn’t signify any lesser level of love – at least in the way a dog sees it. In fact, dogs don’t traditionally bond to parents in the ways that humans do. Yes, there are the examples of dog parents getting to keep a few of their pups and remaining very devoted. Yet, the dog psyche is a pack psyche, and if you are the Alpha (and you’re taking steps to do ensure that, right?), then your dog really does want you to be his or her best pal. The pack is what matters most to your dog, and if you are giving the kinds of guidance and leadership needed, your dog is going to feel a huge level of devotion based on that alone.

Add in the visual bonding (at any age), and you’ll both experience those surges of happiness hormones.

Bonding With Your Adult, But Still Cute, Dog

Adult dogs can’t often compete with puppies in terms of cuteness, but that doesn’t mean they are NOT cute. And it doesn’t mean that bonding is impossible. As the pros over at Animal Planet remind us, “Whether your pet is a puppy or an adult dog, each activity the two of you share builds and strengthens your bond.”

That upholds my most commonly stated belief, too, which is that anyone who adopts a puppy or a dog has to accept the full responsibility of the decision. Dogs are sentient beings with rich emotional and physical lives. There are no breeds that I can think of that dislike belonging to at least a pack of two (you and them). It is your chief responsibility to communicate with your dog and supply them with their needs – and this goes beyond fresh water, good food and safe shelter.

With that in mind, here are my top tips for bonding with a dog at any age, whether it be peak puppy cuteness or old and gray adorable. And remember, that this is a two-way street – when you use the bonding techniques below (along with mutual gazing), you flood your own brain with oxytocin and even endorphins which are a reward to you, as well.

Remember to always use positive reinforcement and praise to further strengthen the bonds between you. After all, the pet parent who does everything in a way that builds trust is also going to win the dog’s constant dedication and loyalty. And though you may not like it, you are going to have to be sure you take the lead as “top dog” in the relationship. This is not cruel or harmful to a dog of any age. As one expert said of the situation, “Dogs come to us with a natural sense of order and a willingness to acknowledge humans as top dog… we need to reinforce our position by confident and consistent leadership and guidance. Understanding your dog’s worldview and being a firm and consistent leader will allow him to grow to his full canine potential,” and this too will allow your bond to be established and just grow stronger and stronger as the years pass.

Okay, Janice just raised her eyebrows at me…it must be time for a massage.