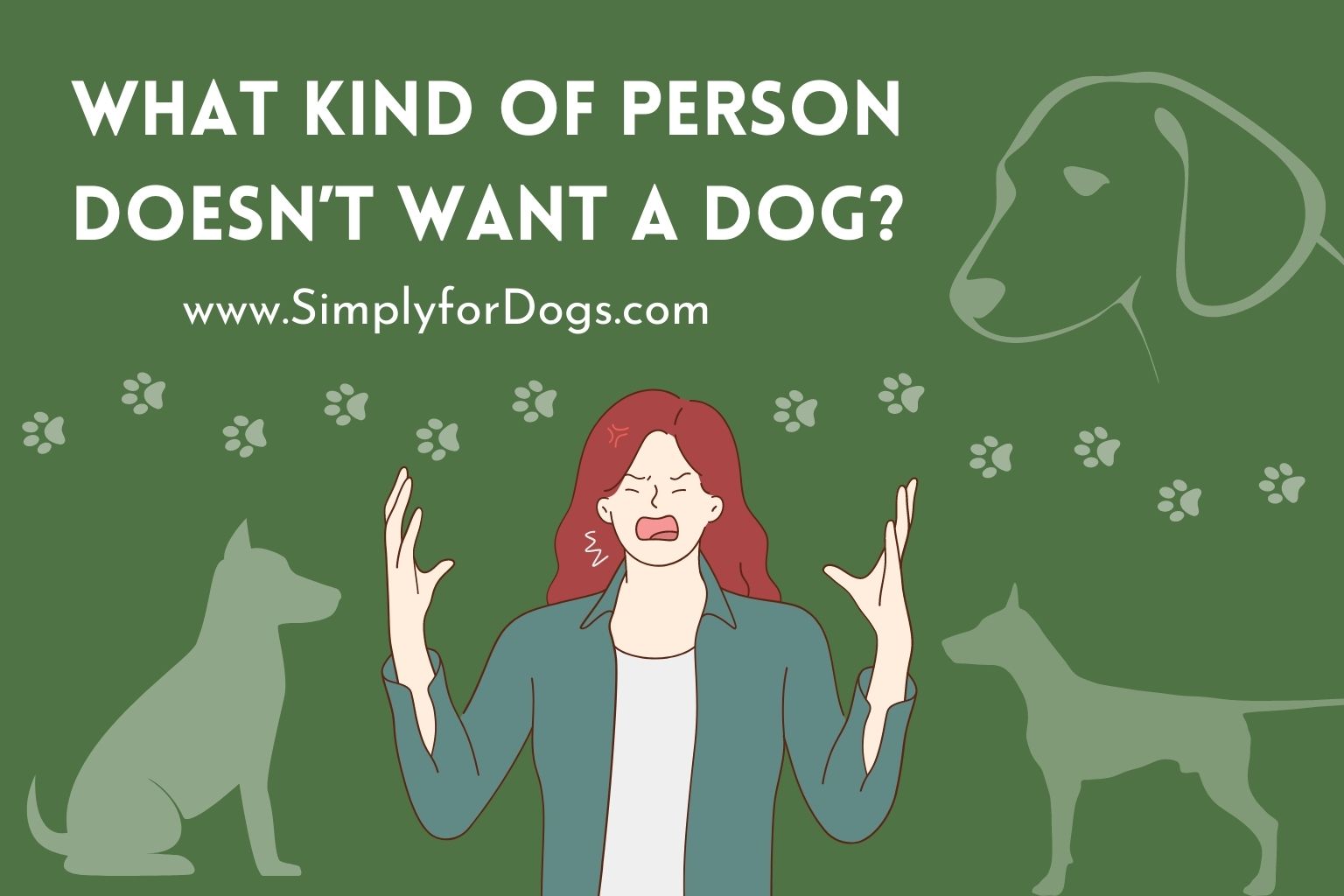 I’ve had a couple of great litters out of Janice and Leroy. My big thing is I like to promote the Boxer as a breed, and quite honestly, I don’t make a whole lot of money selling my puppies. Usually I do just a little better than covering my costs, and my profit drops even further because of something I like to do with every litter – I always give one puppy away. It’s sort of my way of thanking God, or the Fates, or whatever is out there, for a healthy litter.

Usually, my freebie ends up going to someone who desperately wants a good dog and who could afford the upkeep, but not necessarily the initial purchase price. I always know where my puppies end up, and I’m always in touch with the new owners. I’m pleased to say that I don’t think I’ve ever gotten it wrong.

One time, though, I thought I had my “freebie” person picked out, and when I asked her if she’d like to have a puppy, she said, “No thanks, Ash, I appreciate the thought, but I don’t really want a dog.”

I couldn’t believe what I was hearing – how could anyone not want a dog? I mean, I look into those sweet brown eyes, and I want ALL the dogs! If I won the Powerball tomorrow, I’d probably end up with a hundred dogs! Not want a dog? What is that even about?

Well, it turned out that the person that I thought would be right for the freebie didn’t really mean that she didn’t ever want a dog. It just meant that she was at a place in her life where she didn’t feel she was ready for one.

That I can understand. But I got thinking about dogless people, and thinking that maybe they really are (you should pardon the expression) a breed apart. So, what kind of person doesn’t want a dog? I think that there’s no one description for someone who doesn’t want a dog. Some are “not for now but maybe someday” people. Others just really don’t want to have animals up close and personal, although they do enjoy socializing with dogs that belong to other people. Sadly, though, there are people who just don’t like dogs. And I don’t understand those people, and I won’t pretend that I do, or want to. Let’s talk about them a bit, though.

People Who Just Don’t Get It

It’s sad to say that there are people who just don’t understand the bond that can happen between human and canine. These are the kinds of people that I talked about in 11 Essential End of Life Care Steps for Your Dog – the people who are going to tell you that animals are somehow less worthy of love than humans, and less deserving of grief when they pass. These are people who don’t understand the love that a dog can offer, and who probably shouldn’t have dogs in the first place.

3 Things to Do If Your Dog Hates a Friend or Family Member (Video)
Are You More of a Dog Person Than a People Person? Statistics Say You Probably Are!
9 Things You Need to Know About Dating a Dog Person

Most dog owners, according to the available statistics, tend to be white, married, have full time employment, own their home and have children. They also typically enjoy better health than non-pet owners. I’m not sure what all that means, but it gives you a picture of the typical dog owner. Dog owners also tend to be more physically active, more empathetic, have better social skills and higher self-esteem. Kids who are raised with dogs are more likely to be involved in clubs and sports than kids that don’t have dogs.

What does any of this mean? It’s hard to say, but there does seem to be a connection between dog ownership and a better standard of living.

Now, when we look at adults, people without pets are more likely to want neat, tidy homes. I suppose that makes sense, speaking as a person who on a daily basis sweeps up enough dog hair to manufacture a good-size puppy. I guess I just question the mentality of those people – to me, it’s never been a hardship sweeping up after my dogs. I consider it the price that I pay for the privilege of having them. So does that make a person who doesn’t want to make that commitment more cold-hearted than I am? Honestly, I don’t know. Maybe it’s just a question of priorities, and maybe I shouldn’t be judging.

People Who Have Never Had Pets, or Think That They’re Dirty

I suppose it’s not surprising, but people who have never had pets in their lives are less likely to place importance on having a dog. They might actually like dogs, but never having had one, not see it as something that is all that important. It probably depends to a great extent on the reasons that they didn’t have pets when they were growing up. If their parents perceived dogs as somehow “dirty” or “dangerous,” then they’re probably carrying over those prejudices.

Personally, I grew up in a home where every time I touched my dog, I had to wash my hands. Dogs weren’t allowed on the furniture. There was no such thing as leaning down at the supper table to give a dog a tidbit or stroke an ear – if you touched the dog, you were dirty, and you had to wash. I carried that over to a certain degree into my own home later on, until one day it hit me like a bolt of lightning, and I said to myself, “Ash, those are your parents’ rules; they’re not yours!” I’m pretty sure that I’ve never contracted germs from Janice or Leroy by petting them while I’m eating, and you can bet that my dogs sleep wherever they want.

People may choose not to have a pet for any number of reasons: they may have never had a pet and can’t imagine having one, or they may have previously had a pet and didn’t like the experience. They may like pets — especially other people’s pets — but have no interest in having one of their own. Or they may dislike pets, believing that they are dirty, dangerous and disease-spreading. Whatever their reasons, they’re probably happy with their decision — or they would get a pet.

Now, as to people who have never grown up with pets, they might not even know what they’re missing. Or they think they do know, and they’re fine with that. These people may see a dog as a burden – something that has to be house trained, and is going to cost them money in food and vet bills. All I can say is that I’m sorry for those people – they really don’t know what they’re missing.

There’s another classification of dog-free people, too – they’re the ones who have had dogs that they’ve loved very much, and lost. These people break my heart. They’re dogless by chance, not by choice. Sometimes, when you lose a dog, you grieve hard and long. They’ve been told that they should get another dog and learn how to love again, but they just can’t face the heartbreak. They’re so emotionally attached to the dog that they lost that they can’t imagine loving again.

I Sort of Get It

For most of the people I’ve described above, I can kind of understand how they might want to be dog-free. What I don’t understand, though, is people who say, “I’ve never had a dog; I’ve never wanted a dog, and I don’t want one now.” Is this some sort of attachment disorder? Why are they so hardcore? Why do they think that dogs are somehow a burden? Don’t they see that dogs can give us so much companionship, love, and even entertainment?

I guess I just don’t get anyone who is actually dog-free by choice. People who have never had a dog, and insist that they will never have a dog, just don’t register on my radar. Often, I think that if they just got to know a dog, they’d see the error of their ways.

3 Things to Do If Your Dog Hates a Friend or Family Member (Video)
Are You More of a Dog Person Than a People Person? Statistics Say You Probably Are!
9 Things You Need to Know About Dating a Dog Person

Of course, there are people whose lifestyle simply doesn’t allow for a dog right away, and that’s fine. Those people can still interact with dogs. They can spend time with a friend’s dog, pet-sit when their friends go away, or volunteer at a local animal shelter or veterinary clinic. In short, they can interact with dogs without having to actually own one.

There are so many dogs out there who need human companionship. Shelters are filled with dogs who need to be walked, cuddled and loved until they find their forever homes. I’d like to think that there’s really no such thing as a person who doesn’t want dogs in their life.

And, someday, those people who were dog-free up to a certain point can end up with dogs of their own. After weighing the pros and cons, of course. Adopting a dog before you’re ready is not a good thing. But doing it when it’s what’s right in your life is the most wonderful, fulfilling thing you’ll ever do.

So, if you really don’t “get” why people want dogs, then don’t adopt one. You won’t be doing yourself or the dog any favors. If you’re just an “I don’t want a dog for now” person, though, then you’ll have so much to look forward to when you finally are ready. And when you are, consider a shelter dog – there are so many out there that really need people.