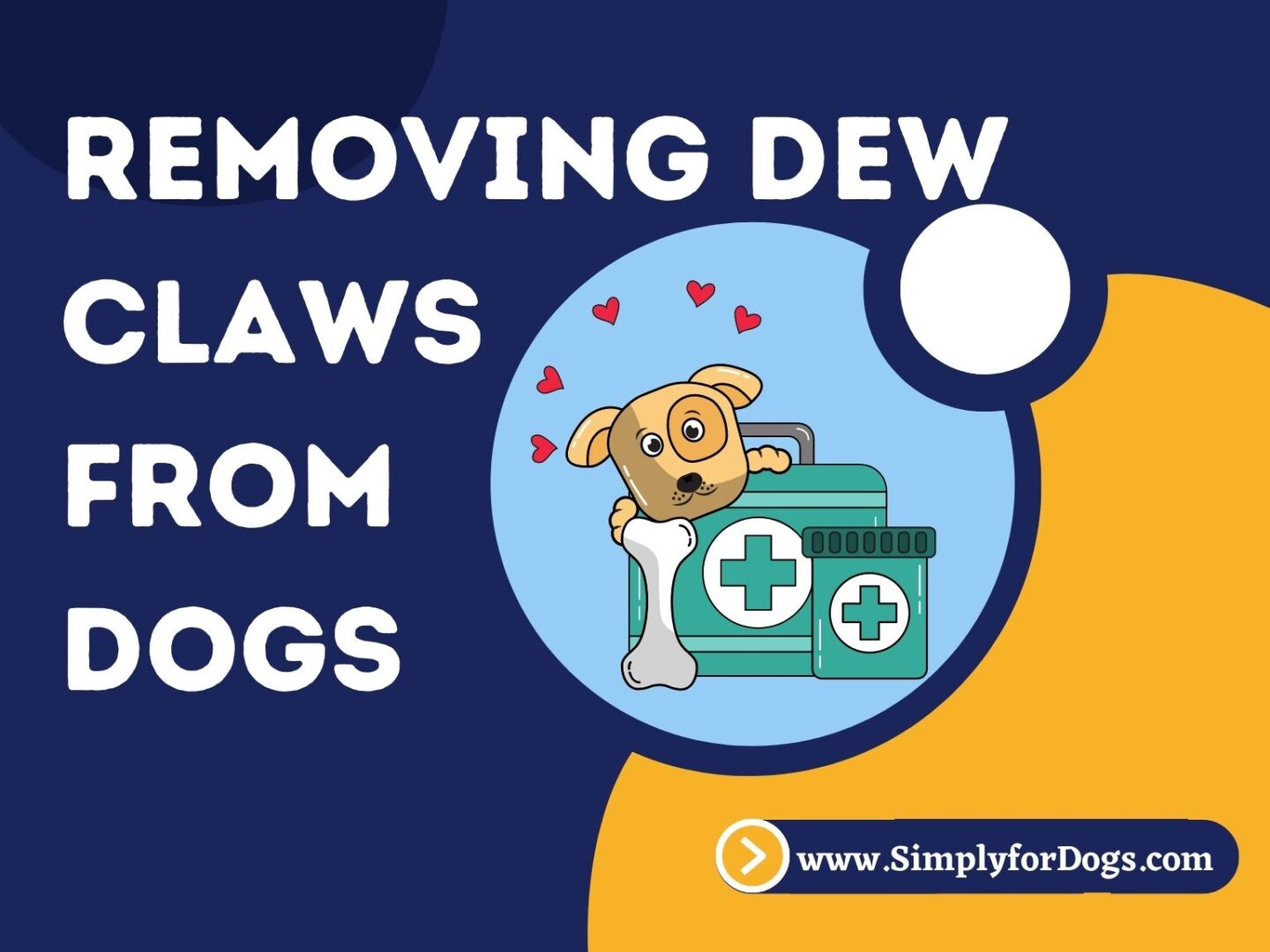 The last time I had a litter out of Janice and Leroy, you wouldn’t believe how many times I had people telling me, “You can’t take parts off that dog!” Most of the time it was people going on about tail docking, but I’m not going to apologize for doing the tails. Some breeds simply look better with stubby little tails. And of course, I’ve had buyers of puppies asking if I’d done the tails.

They also sometimes ask if I’ve docked the dew claws, which I don’t. When it comes to removing dew claws from dogs I tend to lean toward the side that thinks it’s better not done. Why? Well, first off, I don’t think that dew claws look all that bad. Second, I’ve been given to understand that they might serve a purpose.

So let’s talk about dew claws.

What Are Dew Claws?

You could think of a dew claw as sort of a thumb. Dew claws are found not just on dogs but on other mammals as well as birds and reptiles. It grows high up on the leg. Removing dew claws from dogs is often done, but there’s a lot of debate surrounding the issue. Is removing dew claws from dogs necessary? No. Is it desirable? Maybe. Let’s take a closer look at the issue. 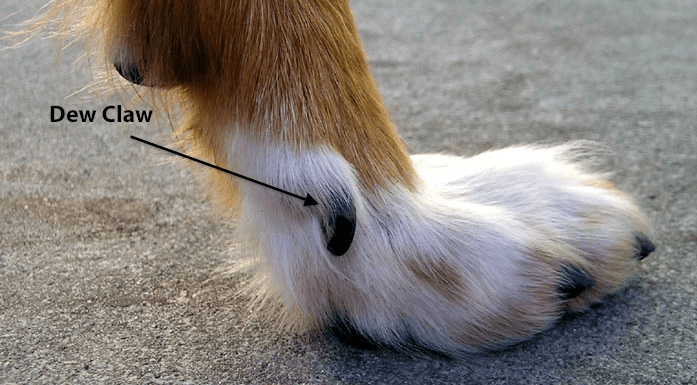 It’s very rare for a dog to be born without dew claws, at least on their hind legs. The dew claws on the front legs actually contain bone and muscle, but the ones on the hind legs usually don’t. Some dogs are born with more than one dew claw on the same leg, and when this occurs, it’s usually recommended that the surplus dew claw be removed; it really doesn’t serve any purpose, and it’s often poorly connected.

As to the other dew claws, they might serve a purpose, but it’s important to keep them clipped. This is because, unlike the rest of your dog’s claws, the dew claws don’t typically touch the ground, so they don’t wear down naturally. For this reason, a lot of people will tell you that dew claws are surplus equipment, and that removing dew claws from dogs is the best course of action.

So, what should you do? Let’s take a look at the pros and cons of removing dew claws from dogs.

Refrain from Removing the Dew Claws from Dogs

Those who would suggest that you should remove dew claws from dogs will tell you that they serve no useful purpose, and they can easily catch on things and get torn, causing pain to the dog, so they’re best removed.

There’s some merit to this argument since people often fail to clip the dew claws, and they can, indeed, end up being injured. Also, since they typically grow very close to the skin, it’s easy for them to become ingrown and cause infection. Usually, people don’t notice infection in the dew claws the way they might in the other parts of a dog’s legs or feet, so infection can go unnoticed until it gets really bad.

Dew claws can also get caught on things and ripped off, and then the dog ends up bleeding and in pain. This is most common in dew claws that are located on the hind legs. Sometimes dew claws are not all that well attached, and are thus even more prone to getting torn.

For these reasons, many breeders recommend removing the dew claws very early on, when they’re small and the removal site will heal more easily.

Removal of Dew Claws in Puppies – How Is It Done?
Help, I Have a Sick Puppy!
Double Doodle Dog Breed: Puppies, Breeders, Price, Rescue & More

On the other hand, some breeders favor keeping the dew claws, especially on the front legs, since they give a “fuller” appearance. If you’re not showing your dog, though, this isn’t a consideration.

Some will also suggest that removing dew claws from dogs is a good idea because dew claws are often neglected in grooming. I really don’t see the logic in this. If you’re clipping your dog’s toenails, I’d think you’d also be looking after the dew claws

The more compelling argument against removing dew claws from dogs, though, is that there is evidence that the dew claws serve a purpose. The fact is that dew claws on the front legs are attached to functioning tendons. The tendons are attached to muscles. So, if you remove the dew claws, there will be muscles in your dog’s legs that will atrophy due to lack of use. The dew claws actually work to prevent excessive torque on the leg. If the dew claws aren’t present, the leg can twist over and over, and ultimately the dog can become lame.

Of course, many dogs can go through life without dew claws and end up just fine, but if you remove them, you are taking a chance.

Removal of Dew Claws in Puppies – How Is It Done?
Help, I Have a Sick Puppy!
Double Doodle Dog Breed: Puppies, Breeders, Price, Rescue & More

Is removing dew claws from dogs a good idea or a bad idea? Honestly, I’m not sure. I’d tend to think that if a dog is prone to running through territory where a dew claw could get snagged and possibly ripped, then removal might be the best course of action.

That said, I hesitate to recommend anything that could harm a dog. I kind of figure that God, or Mother Nature, or whatever you might believe in that’s in control of the proper functioning of the universe and the creatures therein, put those dew claws there for a reason. Of course, I cheerfully put that aside when it comes to tails, so maybe I’m not the best source for advice here.

I think all I can say is, consider the dew claws. Think about why you might want to have them removed. Is it purely cosmetic? Or is it because you’re breeding really active dogs who could actually injure themselves if you keep the dew claws?

I’m just presenting both sides of the argument here. What you decide to do could depend on any number of factors. Certainly, removing dew claws from dogs isn’t going to cause any great harm, but is it really necessary? The final decision is up to you.