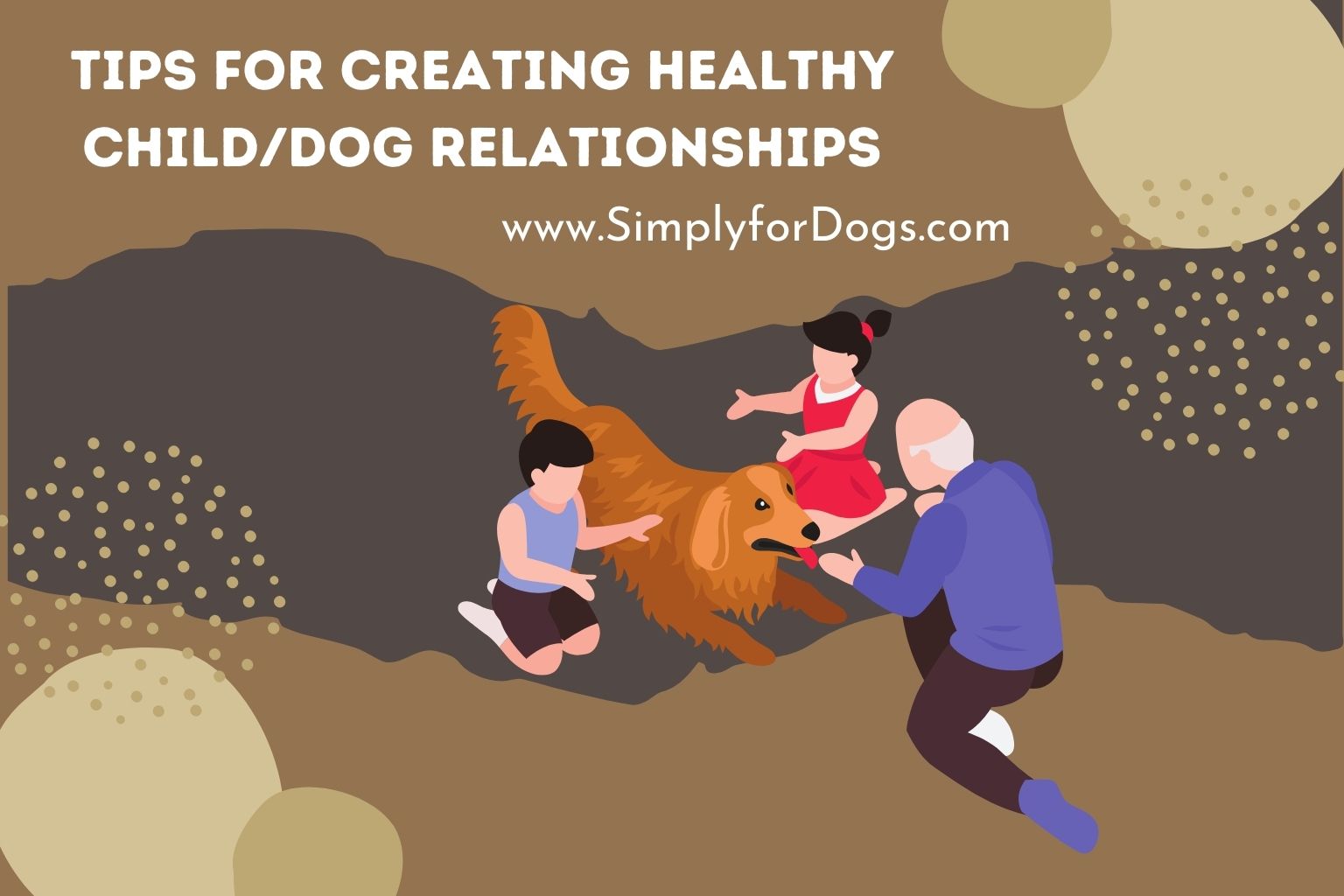 There are very few things as heartwarming as kids and dogs playing together. They just seem, most of the time, to have a natural affinity for one another. It would be a mistake, though, to think that good child/dog relationships invariably just “happen.” Sometimes they do, but other times they take a bit of work. So, how can you foster a great relationship between kids and dogs? Let’s talk about it.

I’ve never really had to worry about teaching dogs to like kids. First of all, I have no kids of my own, and second, I don’t typically encourage kids to visit my dogs – mainly because I don’t especially want kids visiting me! I make a few exceptions, though. My nephew, Owen, frequently visits Janice and Leroy, and so does Megan, the 8-year-old girl who lives down the road. Janice and Leroy seem to like all kids, and honestly, I don’t know where they get that from – certainly not from me.

I guess it’s a dog thing.

Anyway, if you do have issues with your dog not being all that crazy about kids, you don’t have to assume that the child/dog thing is never going to work. You just have to be a bit patient.

It’s easy if you’re dealing with a puppy – all you really need to do is provide the kids with treats, say, “Give these treats to the puppy,” and things will pretty much work out on their own. Keep it fun and relaxed, and just let nature take its course.

With an older dog that’s not all that accustomed to children, it might take a bit longer, but the procedure is going to be basically the same.

If you have a dog who’s already fond of kids, that’s great! In this situation, you’re probably worried about kids who are a bit afraid of the dog.

Keep in mind that sometimes, the most affectionate behavior on the part of a dog can be misinterpreted, so if your dog is a “bouncer,” work with him to curtail the behavior before you introduce him to children. He needs to learn manners! Teach him how to sit and be polite until the child approaches him. Teach the kid, too, how to tell the dog to sit.

Next, you can use treats – after all, dogs are very bribe-able! Work on the “Sit” command, and show the kids how to give treats to the dog. The dog will learn that good things happen when kids are around. If the child is nervous, though, don’t push it. 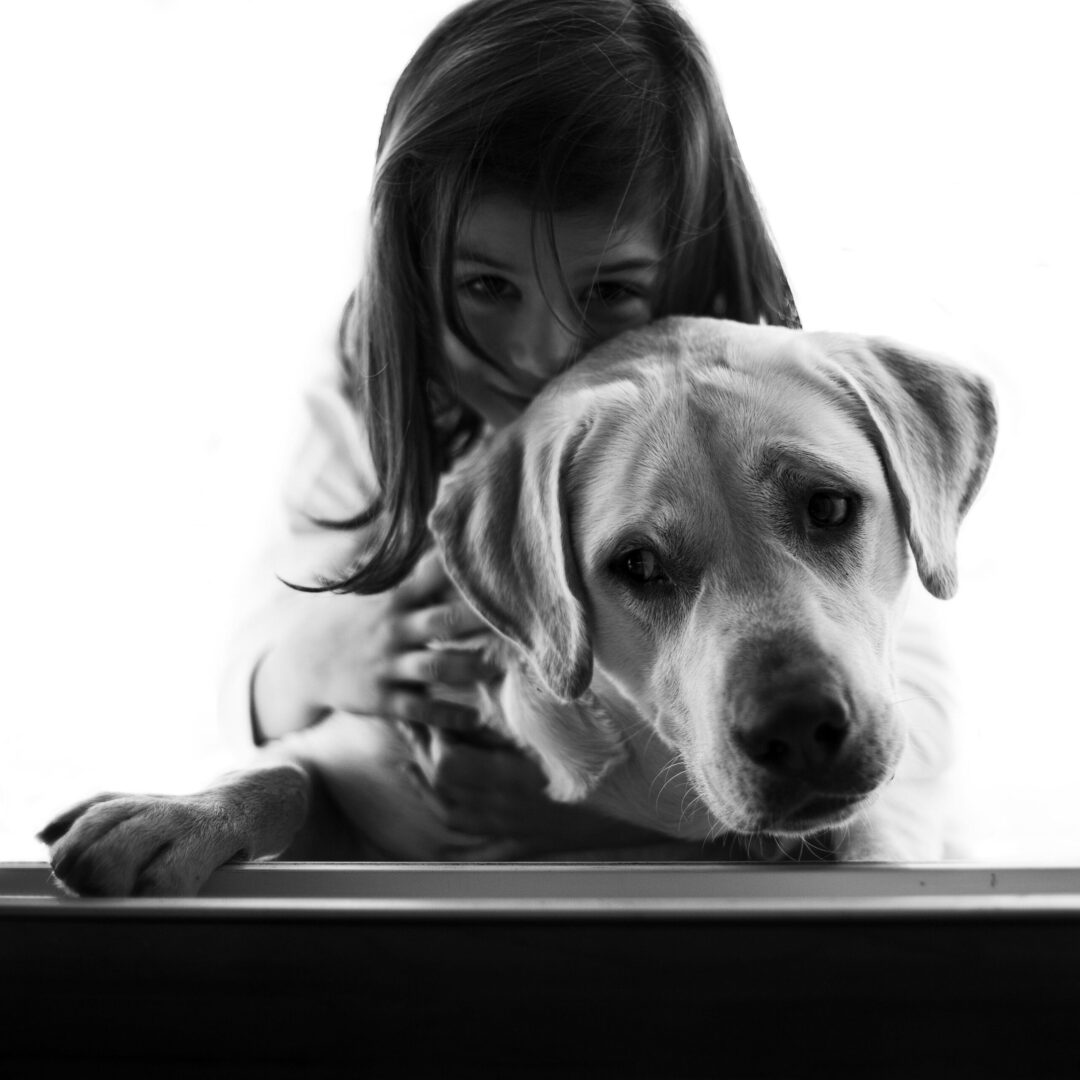 The same thing goes if the dog is nervous – nothing good is going to come out of an interaction where either party is afraid.

Show kids how to handle, and pet, the dog properly. Reaching out with a hand over the head can be perceived as aggression, so show kids how to approach the dog with a hand extended, but under the dog’s chin. If several children are present, have them take turns approaching the dog so that the dog doesn’t feel as though he’s being ganged up on.

Remember, too, that it’s your job to protect your dog, so if you end up with some little s*** in the group who thinks it’s fun to swat the dog, pull his ears or shout at him, remove him from the group before he ends up being bitten.

Consider it a learning experience for the child.

I don’t even have an emoticon for this!

I think what I’m trying to say here, though, is that meeting a dog should be considered a privilege. And with that privilege comes the responsibility of being kind and gentle. Kids need to know that.

That’s a quote from songwriter Tom T. Hall, who opined, in his 1972 song, that “Ain’t but three things in this world that’s worth a solitary dime, but old dogs and children, and watermelon wine.”

As to watermelon wine, I’ve made a few batches, and can vouch for the fact that it’s pretty good.

As to old dogs and children, sometimes they pretty much go together. There are few things more pleasing than seeing an old dog snuggled up to a baby. It’s a situation that isn’t always hearts and flowers, though. Old dogs can be cranky, and kids can be annoying.

If you have an old dog who’s around young kids, you’ll have to be vigilant – be your dog’s advocate. Make sure the kids aren’t too rough. Old dogs and children can be a wonderful mix, but not if the child doesn’t know how to be gentle.

Sometimes, the child/dog relationship just isn’t going to work, and it’s hard to know where to fix the blame, or even if blame should be assigned.

I’ve mentioned in other posts that I’m not all that fond of children, so it’s hard for me to say that a dog that doesn’t like kids is somehow “bad” or in need of correction. I think that all I can offer here are some suggestions on how to identify a dog that dislikes children – if the dog averts his head, pulls back his ears, growls or snaps at children, then it might be best to proceed from the assumption that the dog doesn’t like kids.

Just don’t put yourself in that position. Be observant. Be vigilant. If your dog doesn’t like kids, then it doesn’t necessarily mean that there’s something wrong with the dog. It just means that he doesn’t like kids. It’s not a character flaw in a dog any more than it is in a human, but it is something that has to be dealt with. So keep your dog away from kids. This is not a child/dog interaction that you want to push.

If you have no way of keeping your “child-hostile” dog away from kids, then you’re going to have to either train vigorously on your own, or bring in a pro. The last thing you want is to have your dog bite a kid, so protect both the kids and the dog.

There’s nothing wrong with telling people, “He’s not good with kids, so please step back.” If the kids (or the parents) are persistent, step between them and your dog, and offer up the same firm correction that you would give to your dog. Say “NO!” and make it stick. Hurt feelings are a hell of a lot better than physical harm.

If this type of situation occurs over and over, then you might want to consider muzzling your dog (since people tend not to want to muzzle their kids; go figger!) or simply finding another walking route where you don’t have to worry about child/dog interactions.

I think there’s something almost magical about kids and dogs together, and most of the time, those interactions go off without any trouble. It’s not always the case, though, so if you’re having trouble with your dog interacting with children, work with him. If you can’t, then keep him away from kids. It’s just that simple.