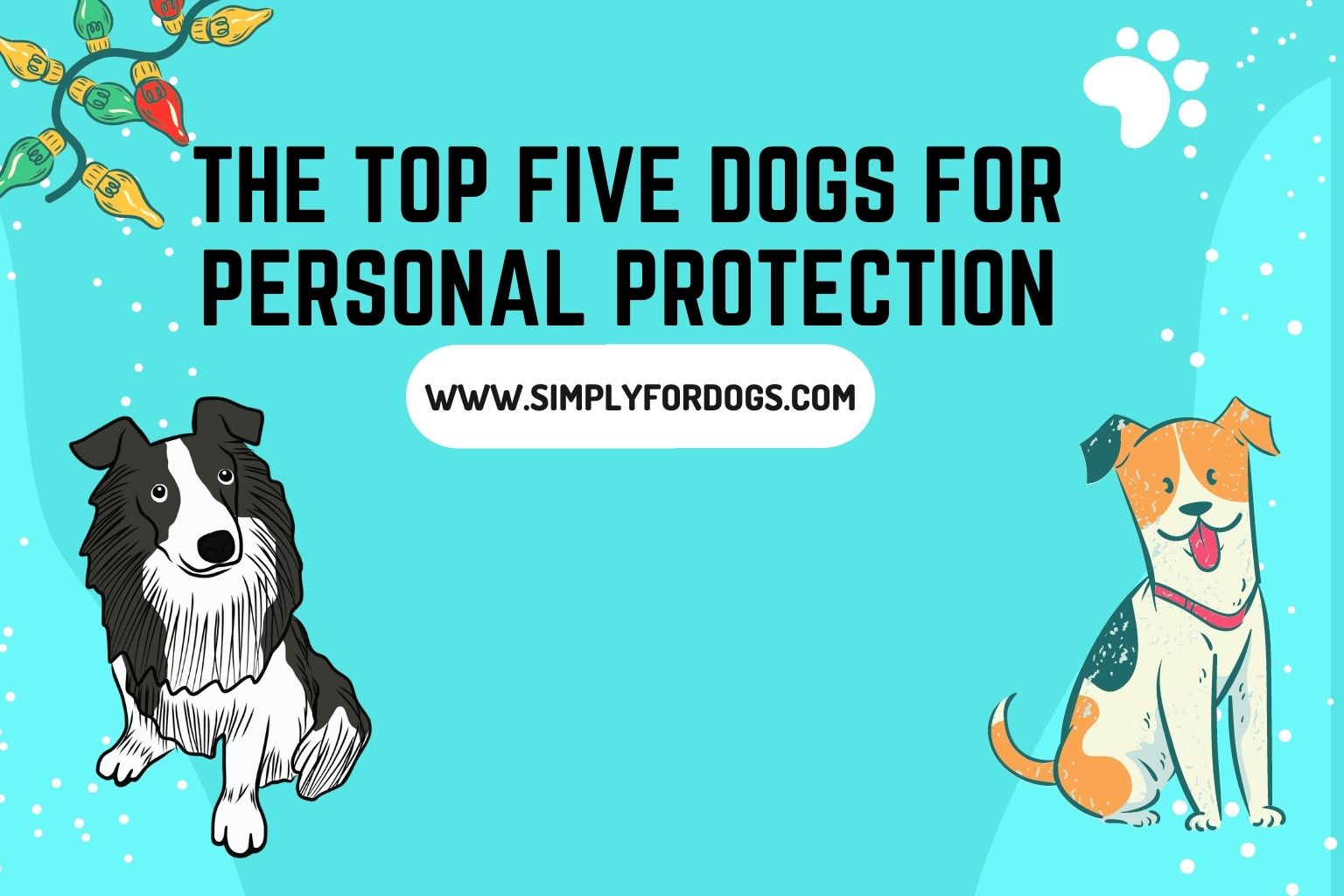 It’s a scary world out there, isn’t it? And a lot of the time, you don’t know what to believe. One news service will tell you that the crime rate is down, while another will say that it is up. Violent crime is on the decline, or on the increase, depending on whom you listen to. The streets are safer than they have ever been… or not.

Sometimes, I think it all boils down to your personal perspective. Everyone wants to feel safe. And, of course, we all know people who will cheerfully walk through the worst parts of town, just trusting in God, or fate, or whatever they believe in, to keep themselves safe. We also know people who are so fearful that they won’t even leave their home unless it’s absolutely necessary. Most of us fall somewhere in the middle.

I’d have to say that I always feel safer when I have a dog to accompany me. I would never pick a dog solely on the basis of how likely he or she is to protect me, but if that is a consideration for you, then some breeds are better than others. I have done a lot of research on the topic of dogs for protection, and it seems as though everyone has a “top 10.” Of all the lists I’ve looked at, though, five breeds seem to come up over and over. Here, in no particular order, are the top five breeds I have identified as being the best for personal protection.

German Shepherds are intelligent, very trainable, and powerful. They can be aggressive, but are not dangerous to anyone other than a person who is intent on harming their human, assuming that they are properly socialized. You will have to be careful, though, if you choose a German Shepherd as a personal protection dog, to buy from a reputable breeder who will certify that the dog is free of hip dysplasia. A healthy German Shepherd can be expected to be a good friend, companion and protector for approximately 11 years.

16 Best Small Guard Dogs for Apartments
What Do the Pros Look for in Security Dogs? (Video)
12 Steps To Training Your Dog to Attack (Video)

There are any number of personal protection breeds out there, but the Doberman is one of the very few that has protection as its original purpose. The breed was originally developed in the late 1800s as a companion to tax collectors (who, as you might imagine, often needed protection). Dobies are not overly large (they typically top out at about 90 pounds) but they are muscular and generally fearless. They can be quite intimidating. For the most part, they will not attack, however, without provocation. Like German Shepherds, they will usually live to be about 11. They are also prone to hip dysplasia, though, and Von Willebrand disease (a bleeding disorder that is similar to hemophilia in humans).

People who fear the breed will tell you that Rottweilers were bred to be attack dogs. This is not true – they were actually originally developed by the early Romans for herding. Later, they were used to haul carts. Today, many serve as police and guide dogs. Rottweilers are large (usually about 130 pounds), very intelligent, and highly trainable. Despite their reputation, Rottweilers are generally docile. However, they are also fiercely loyal and protective. Given what many people think about Rottweilers, though, when it comes to protecting you, a Rottie does not have to be mean – it just has to be there. Rotts are generally healthy, but are prone to hip dysplasia, as are most large breeds. They are also very vulnerable to cancer. Although some Rotts can live for 12 or more years, usually anything beyond nine is a bonus.

This breed is increasing in popularity because of its size (about 110 pounds) and bulk. It has a very muscular body and an incredibly strong bite. Many people believe Cane Corsos to be inherently vicious, and this may be due to the fact that they can be difficult to train. The truth is that they are no more vicious than any other breed in the hands of the right owner. One thing that is unique to the breed, though, is that Cane Corsos are not typically family dogs – they are more likely to bond hard and fast to one family member, so they make wonderful protection dogs for singletons. Cane Corsos usually live to be 10 or 11, and they can be prone to hip dysplasia.

The Giant Schnauzer is just a little less heavy than the Rottweiler, and also is prone to many of the same health problems, like hip dysplasia. They are very hairy dogs and they also have a tendency to drool, so regular grooming is a must. They are very strong, but in the hands of the right person, are cooperative and easy to control. The Giant Schnauzer is somewhat more long-living than many other large breeds – up to 12 years.

So, those are my top five. You have no doubt observed that they are all big dogs. This is because if you want a dog for protection, then it has to be big. If you honestly think that a toy poodle or a dachshund is going to be able to take down someone who is intent on doing you harm, then I’m sorry, but you are hopelessly deluded. Keep the lap dogs home, and if you’re going to venture out into potentially dangerous territory, make sure you have a monster on lead.

If you are unsure as to which breed is best for you, I recommend a very brief e-book that you can buy for your Kindle. It is Protection, Guard and Watch Dogs.: Choosing the Right Breed. The Differences, the Characteristics and Working History of Security Dogs.  In it, author Sean O’Hanlon gives you a quick rundown on the best breeds. You can read this e-book in about an hour, and then, if you like, investigate other books about the breeds he recommends. The book is just $2.62, and if you are looking for a dog for protection, it could be the best pocket change you ever spend.

16 Best Small Guard Dogs for Apartments
What Do the Pros Look for in Security Dogs? (Video)
12 Steps To Training Your Dog to Attack (Video)