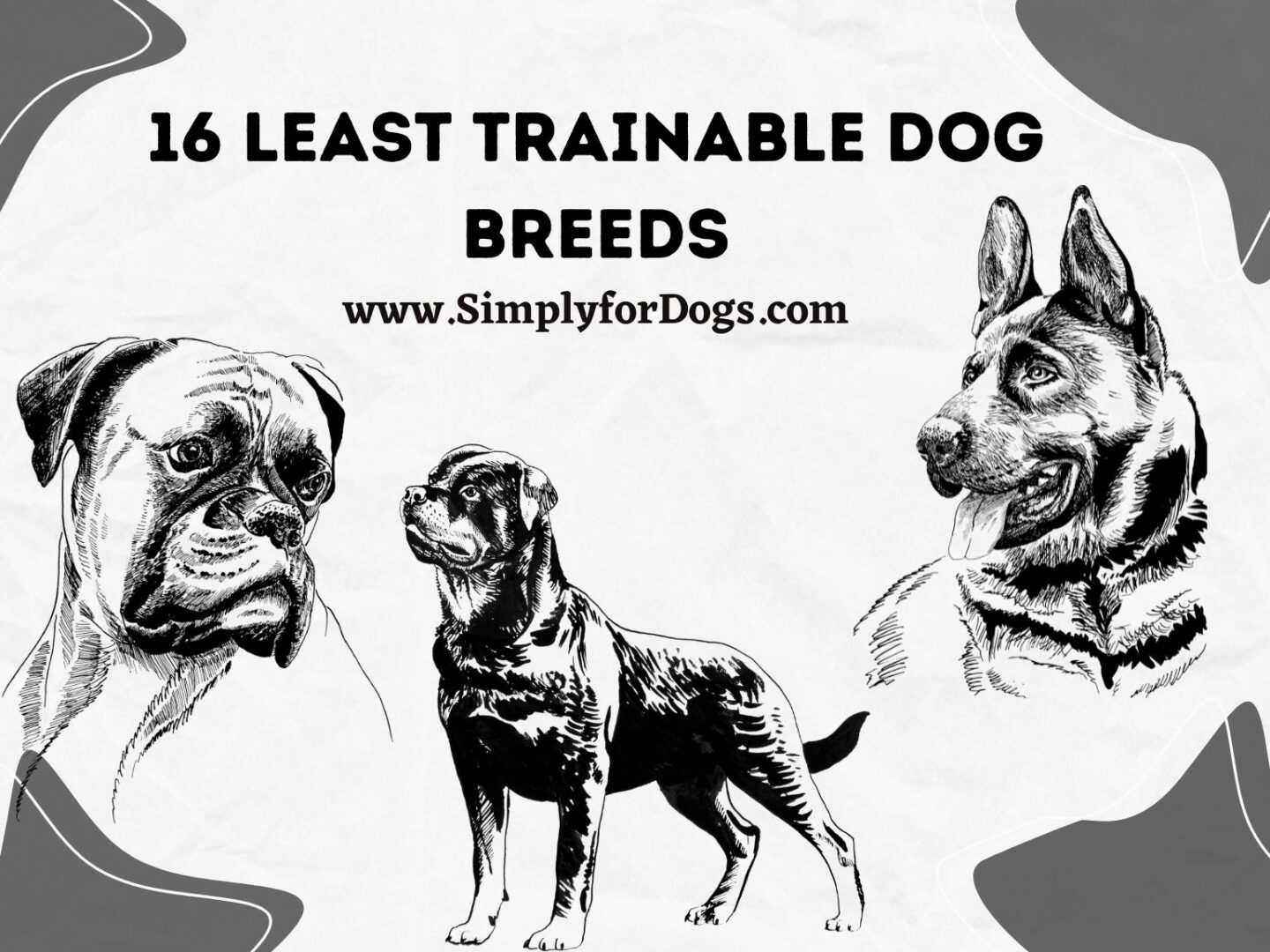 I have to admit that I have a problem when people claim that some dogs are untrainable. Most of the time, my reaction to statements like that is usually, “Your dog is not un-trainable; you are lazy.” That said, though, I do have to tell you that there are some dog breeds that really aren’t all that trainable.

Sometimes it’s not the fault of the dog – sometimes it’s due to lazy humans. Other times too, people will take the basic, natural characteristics of the dog and assume that, due to those characteristics, the dog is not trainable. Most of the time, dogs are pretty smart. So, with that in mind, I’m not going to do this list in the “smartest to dumbest” format. I’m going to do it alphabetically, because so often, what might make one dog difficult to train in the hands of one owner might not be a problem at all in the hands of another owner. 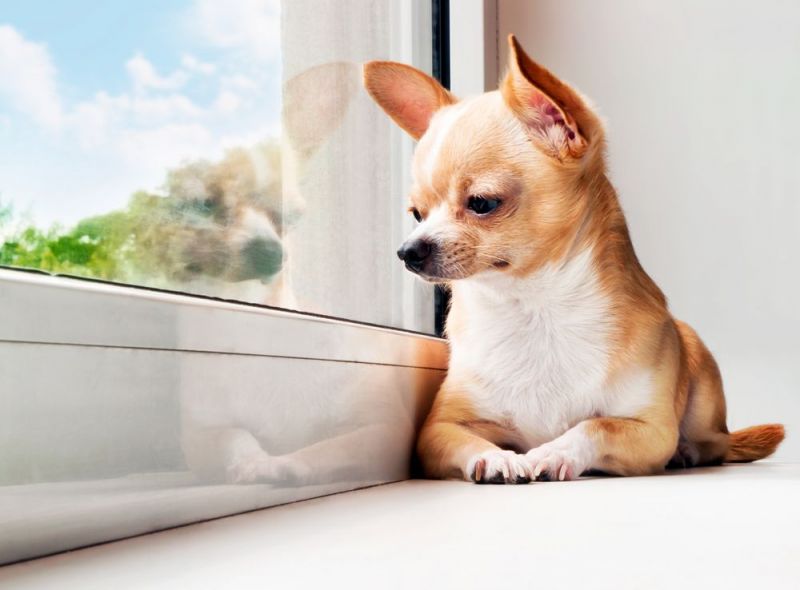 Here you are, in alphabetical order, the least trainable dog breeds.

Afghans are beautiful dogs – they look so incredibly royal! They have so many good qualities, but trainability is not one of them. In fact, some owners will tell you that Afghans aren’t really all that bright.

Personally, I don’t think that Afghans are stupid. They’re probably not as intelligent as some of the other working breeds, but I wouldn’t say that they’re “special needs” dogs.

The trouble with Afghans, though, is that they don’t follow orders well. And, simply stated, they’re just not as bright as some of the other working dogs. 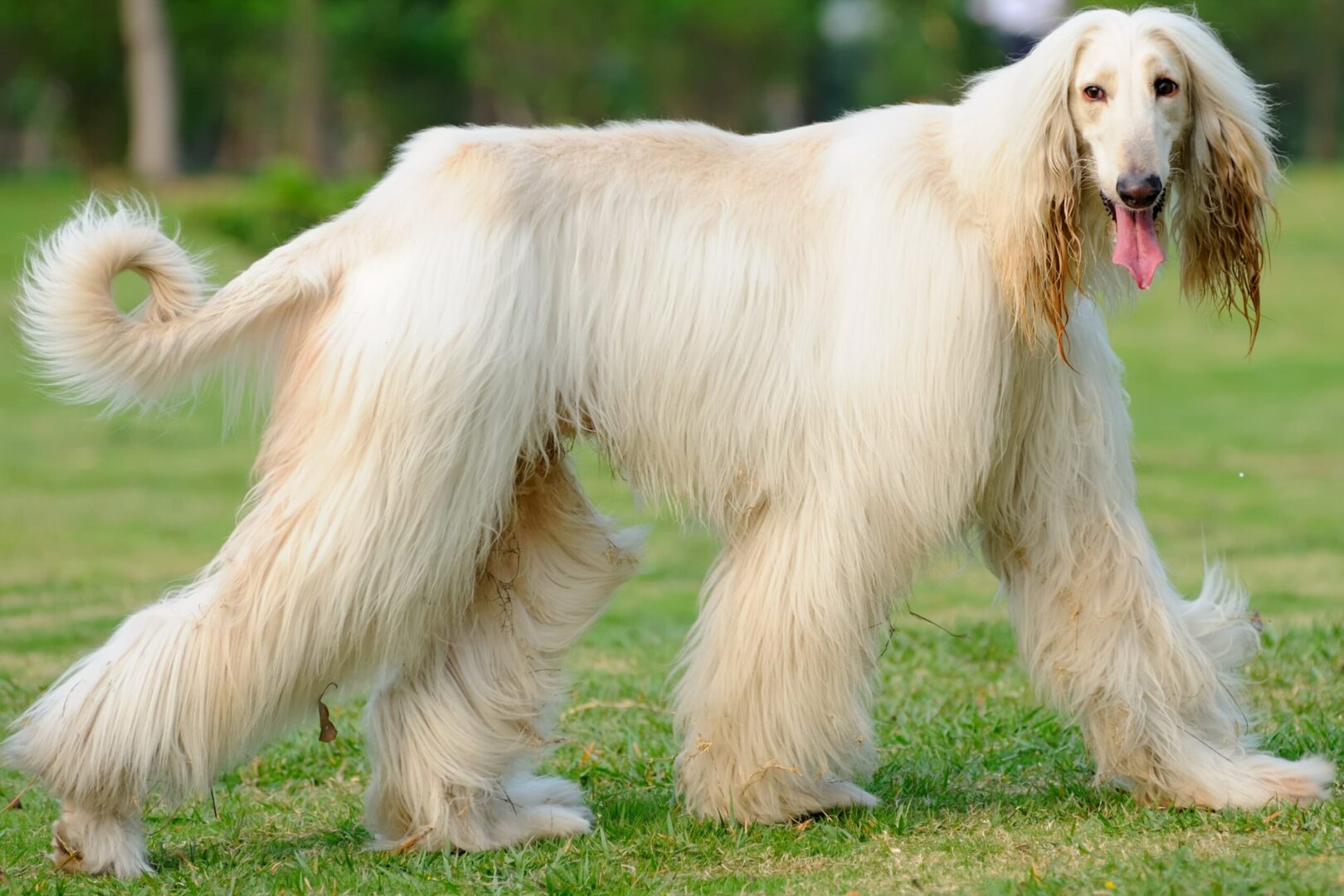 The Basenji originated in Central America, and for a long time was valued for hunting skills. Unfortunately, they’re not considered to be all that intelligent or trainable, and that can often result in frustration for the owner. 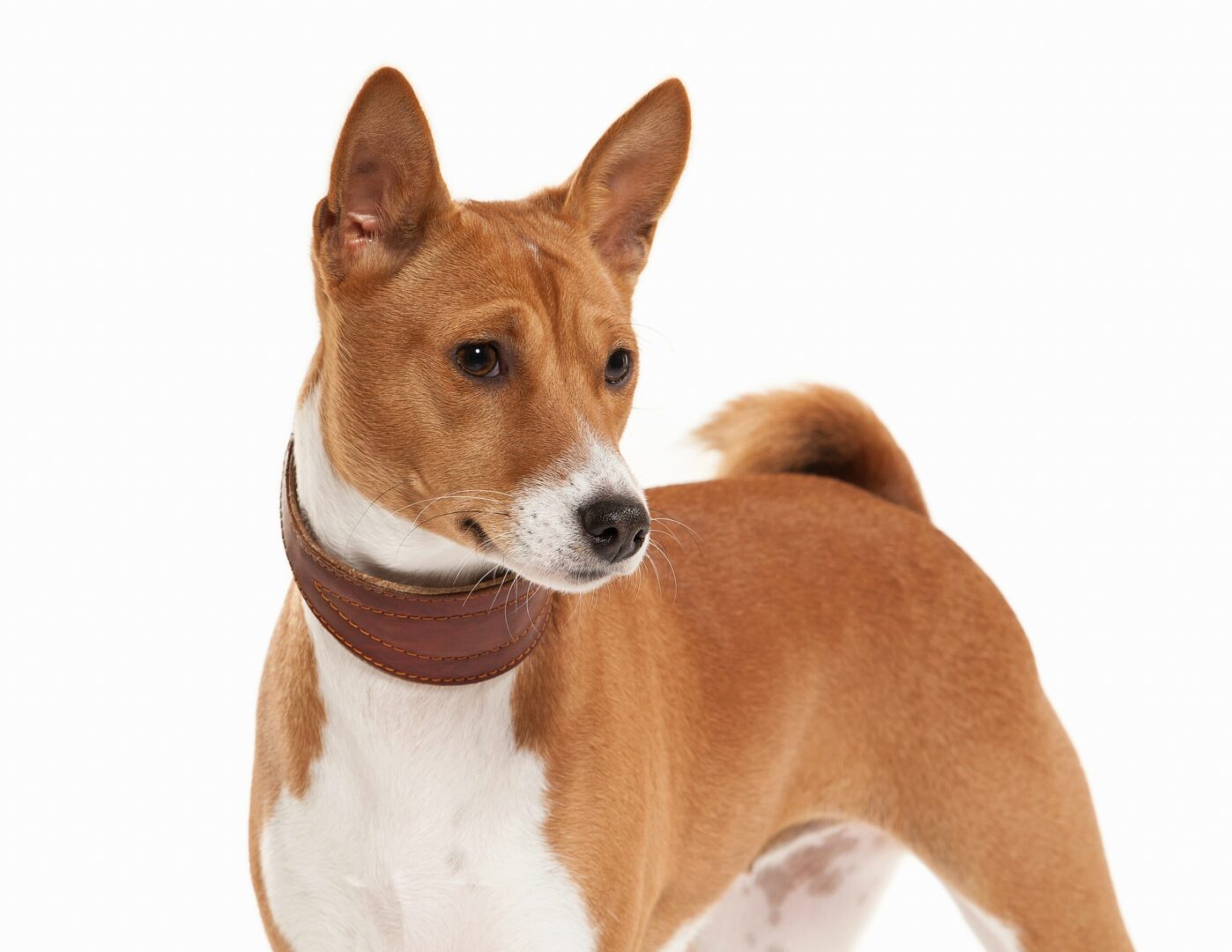 These dogs are so pretty, and easy to get along with, but if I’m to be completely honest here, Basset Hounds really aren’t all that bright. They’re obedient and loving, but smart? No. If you’re looking for a hunting companion (which is what the breed was originally intended for) then you’d do well to look elsewhere. Today’s Basset Hound is very well behaved, and a great family pet, but I’m sorry, pretty much rock-dumb. You’re just going to have to accept that if a Basset Hound is what you want. 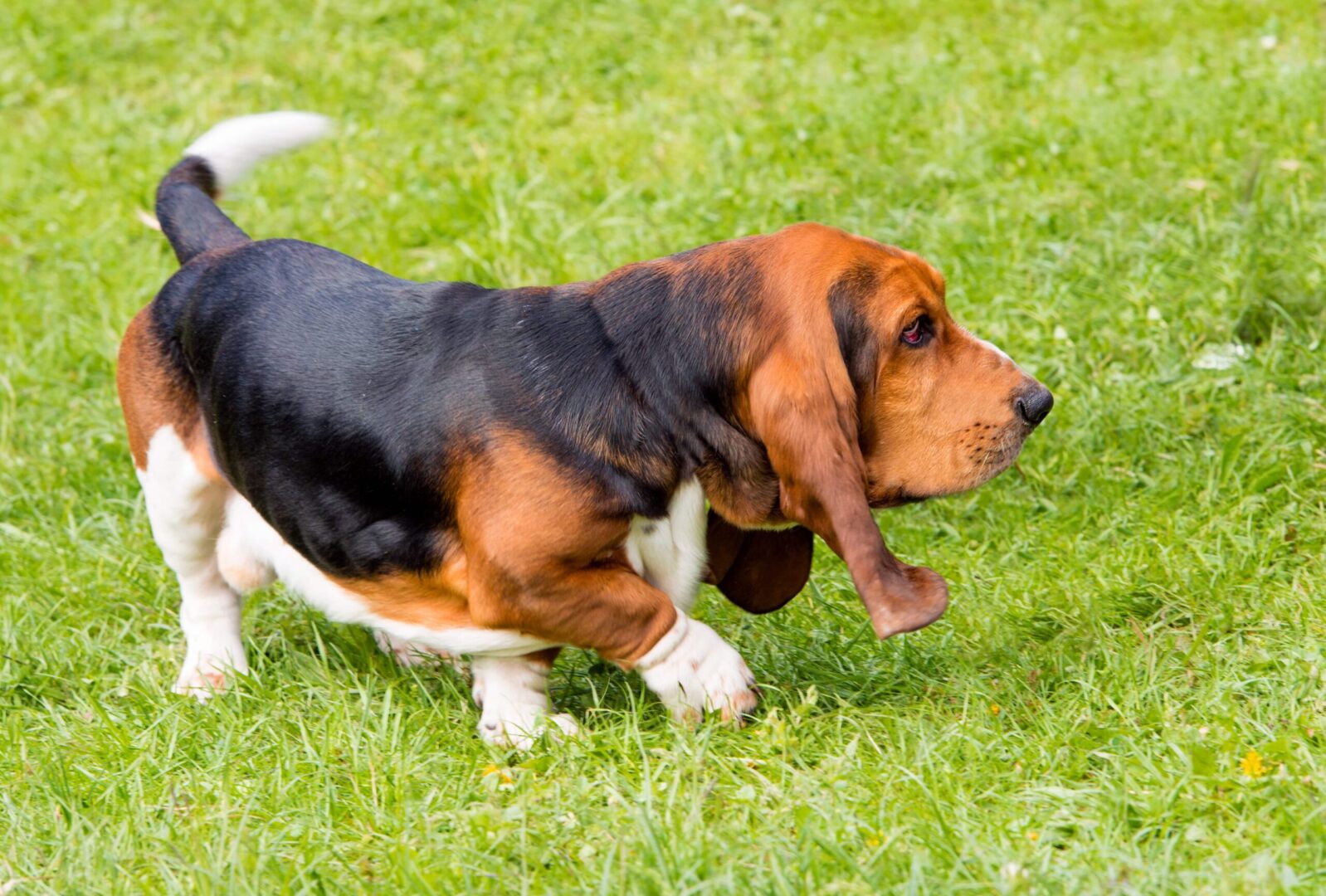 This is another hard-to-train breed. Beagles are cute and cuddly, and love to play, but if you think for one minute that your Beagle is going to listen to your commands, you are going to be very disappointed. 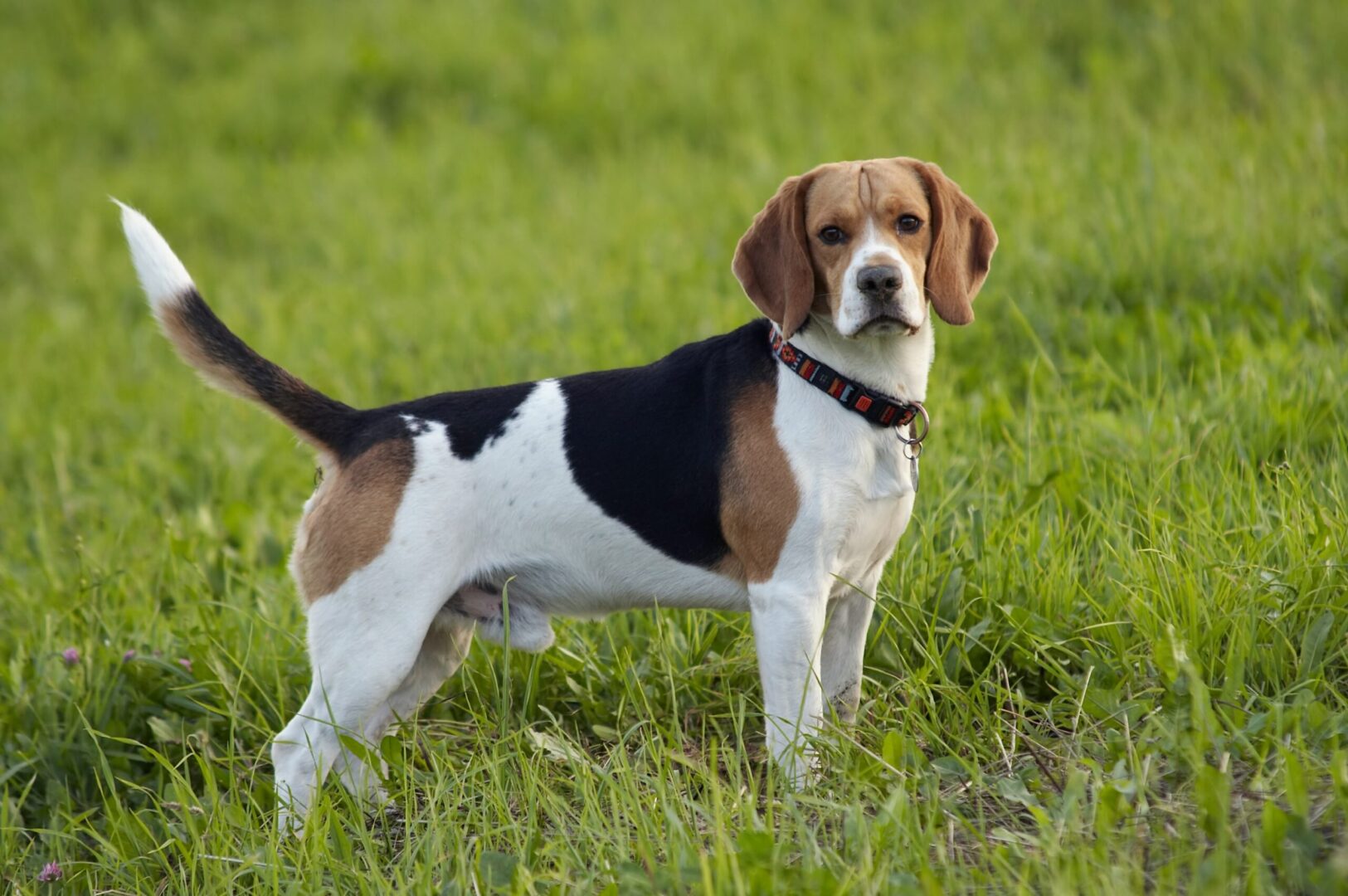 Borzois are not easy to train, either. They’re very strong-willed, and some owners even need to be the alpha, but you also need to be gentle. A Borzoi that’s treated harshly will not respond well. So, set the rules, and don’t change them, but be gentle. 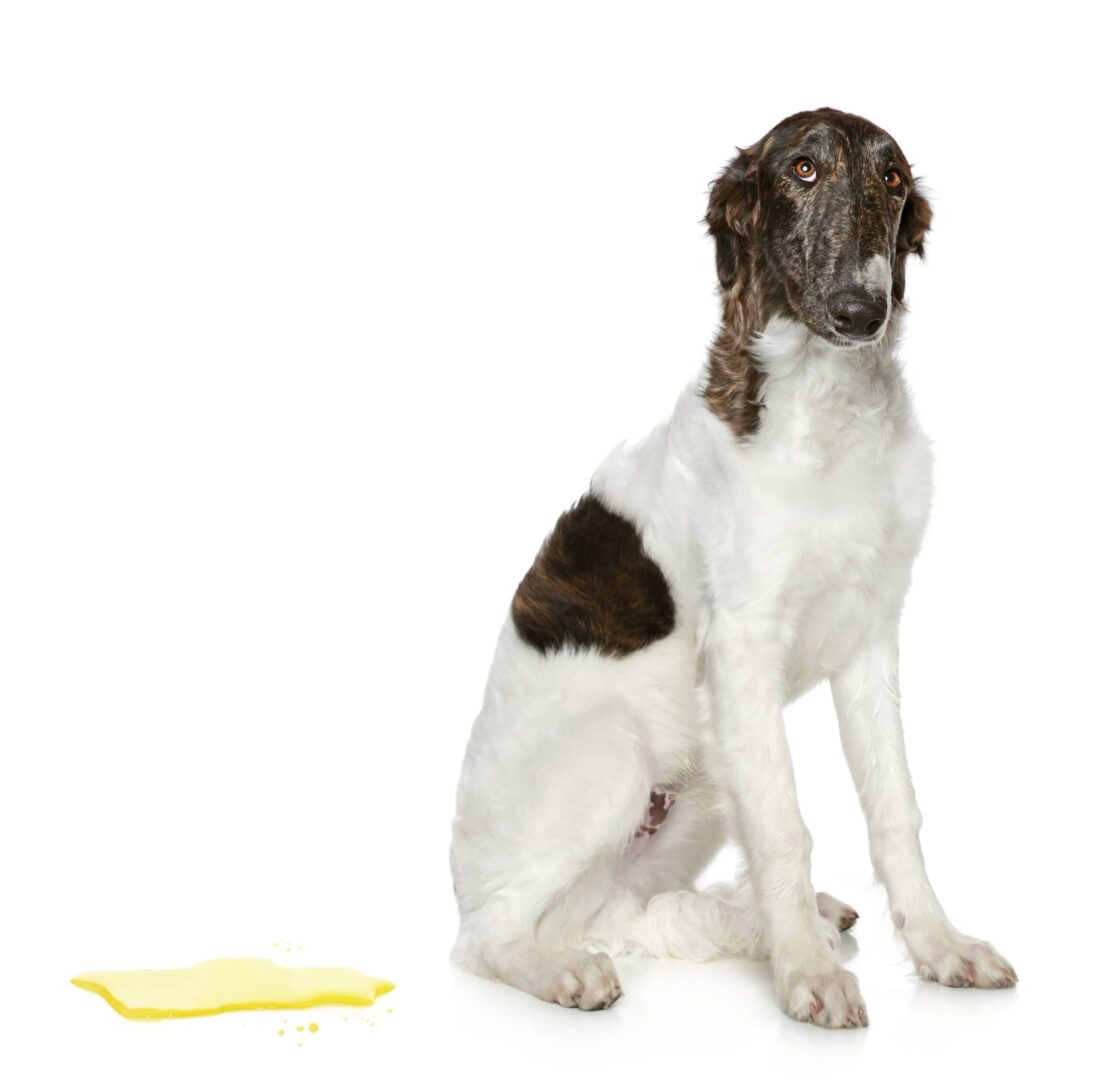 Bulldogs are basically gentle, loving animals. But if they’re not properly trained, they can be very stubborn. With a bulldog, you have to be the leader, and if you are, then you can count on this dog to be a wonderful companion, a fierce guardian, and good with kids as well. 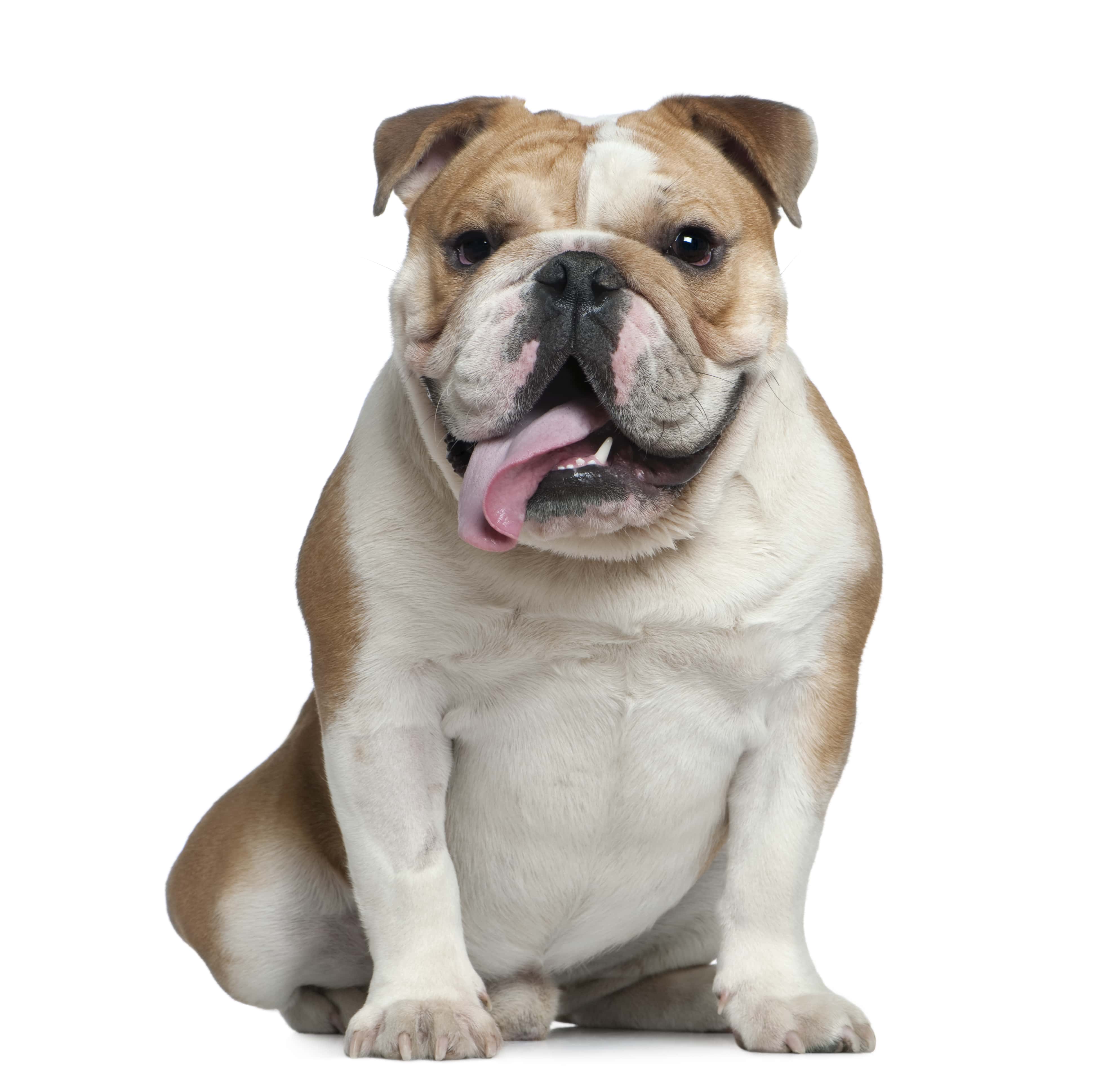 This is another breed that requires a very firm hand, and a lot of consistency in order to keep it off of the least trainable dog breeds list. You don’t want to give mixed messages, because a bull terrier is a lot like a young child. He’ll test you, and see how much he can get away with. 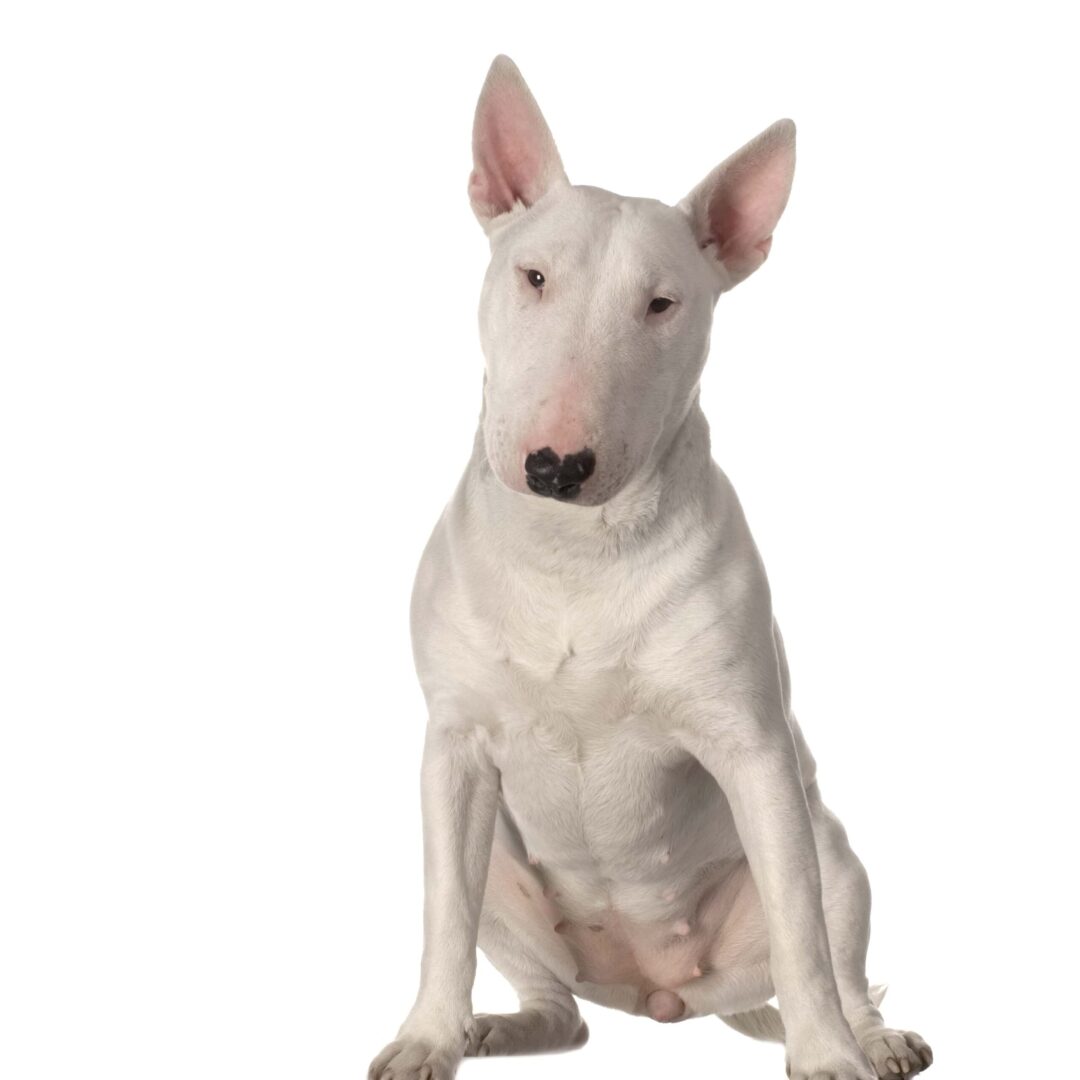 Some people think that the Chow Chowis stupid, and they’re so very wrong! There’s a huge difference between “stupid” and “stubborn,” and the Chow Chow can be very stubborn. If you have a Chow Chow, then you absolutely have to be the alpha from day one. Otherwise, he’s just going to challenge you day after day. 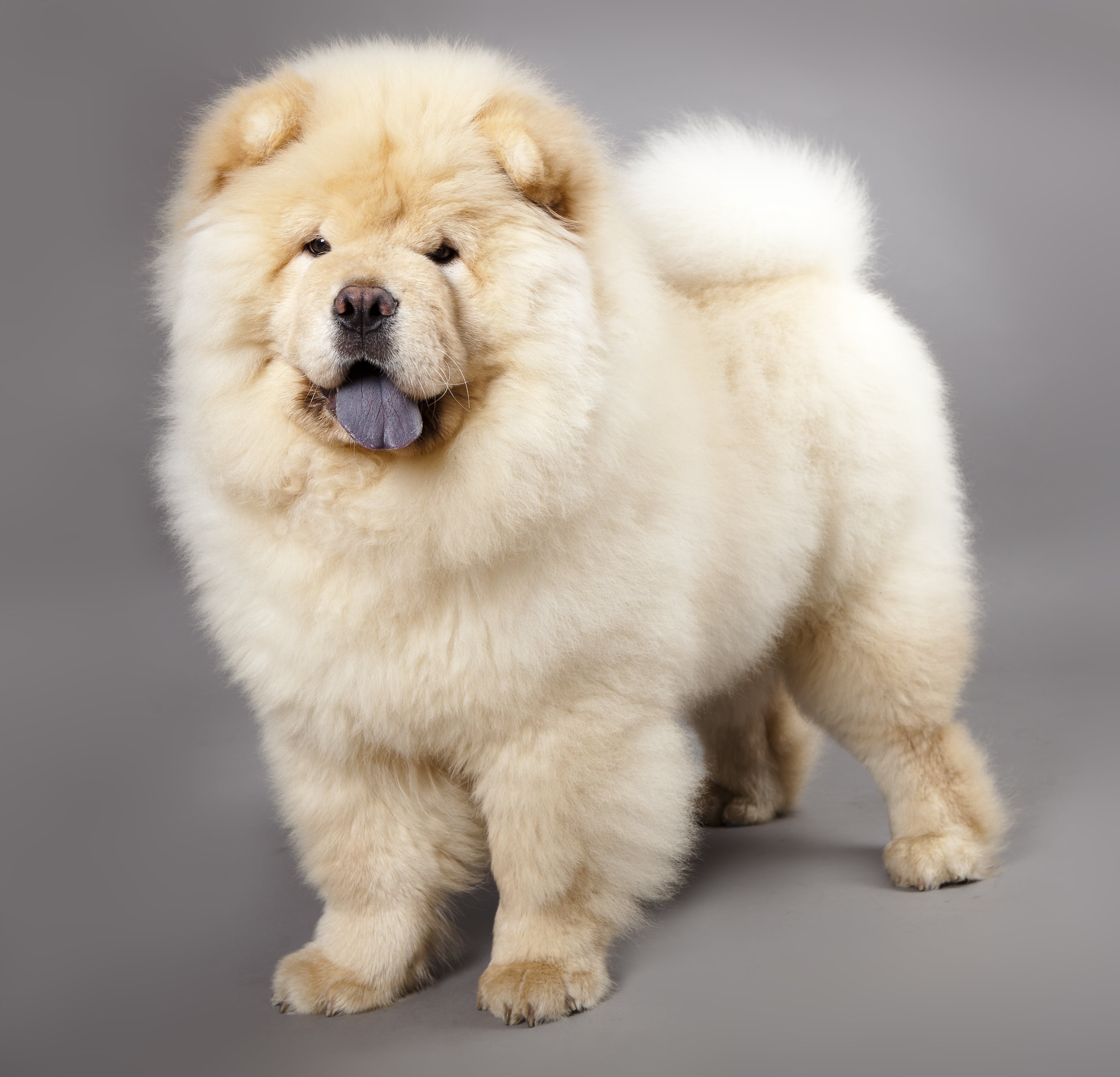 This is a comparatively small dog, but one that has to be properly trained from day one. Sure, he’s a purse dog, but he can be a nasty little purse dog. He’ll probably be quite loyal to you, but hostile to anyone else. So, if you’re planning on having this little dog come into contact with anyone else, you’ll need to socialize him religiously. 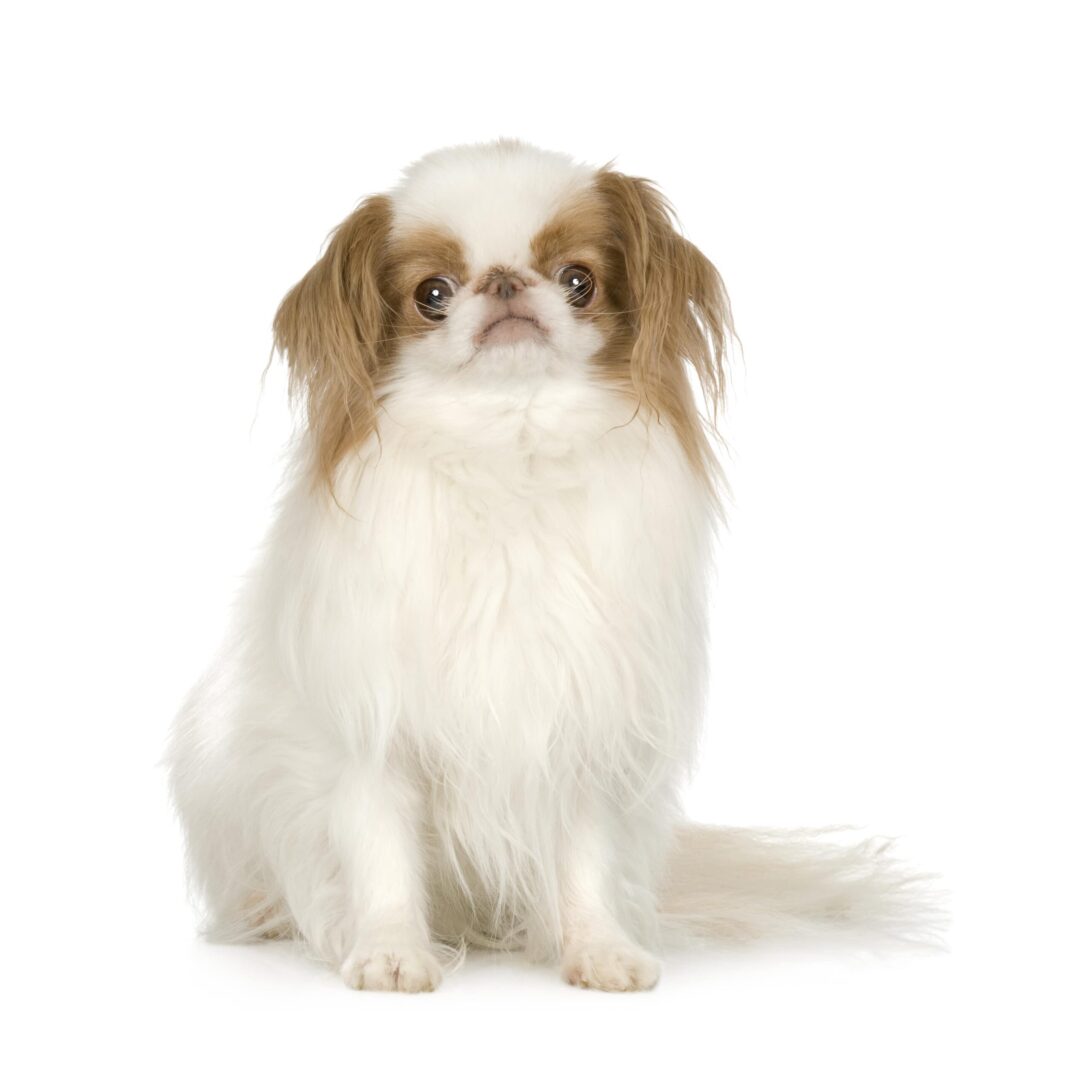 This is another small dog that’s very energetic, and if not properly trained, can make you crazy. These dogs are also very “barky,” so if you’d rather not end up on the wrong side of your neighbors, it might not be the right dog for you. They’re also very prone to digging. 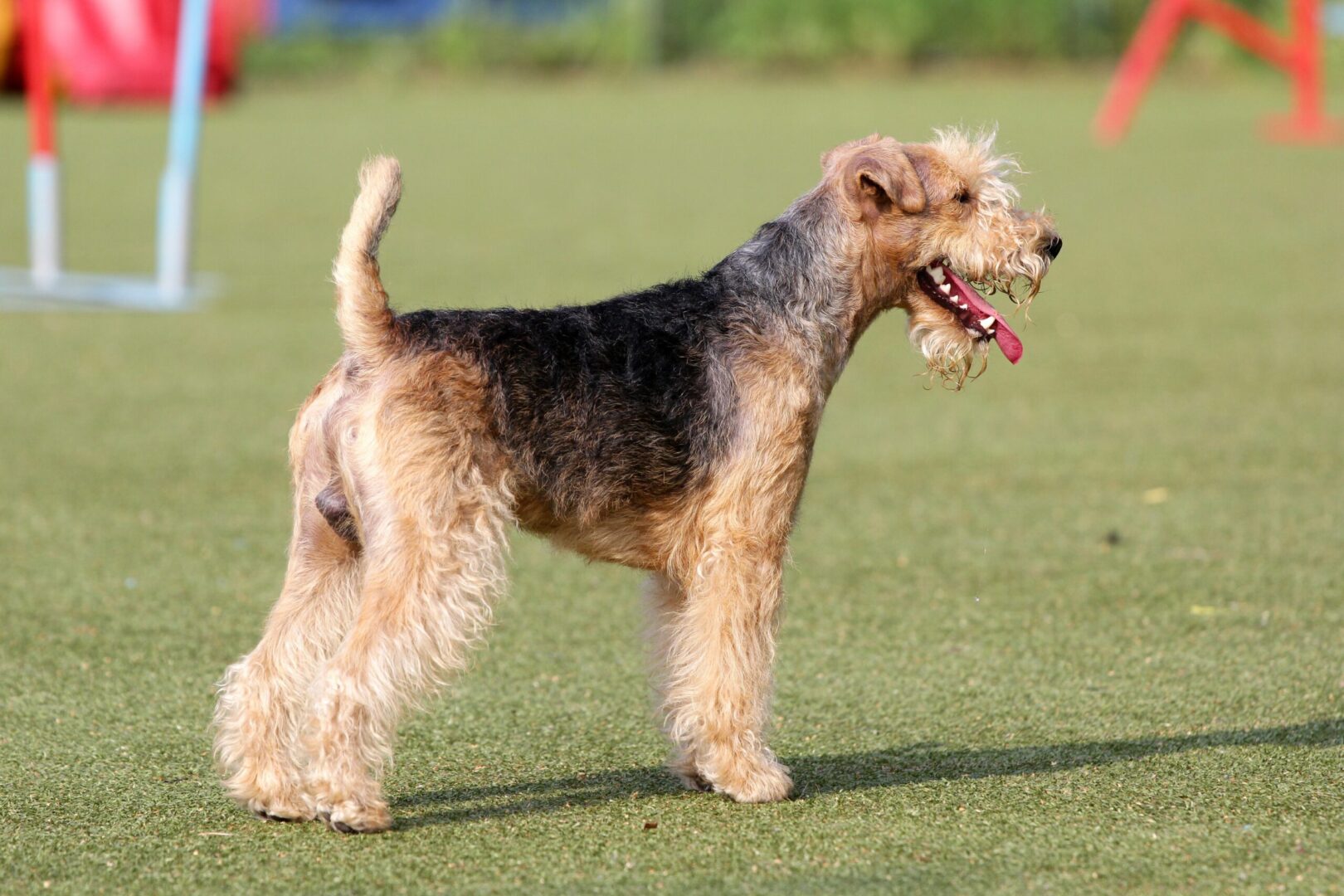 This is a smart dog, but one that can be very yappy.

The Lhasa Apso is definitely pretty smart. They can also be extremely yappy. So, if you’re thinking of adding a Lhasa Apso to your family, and you’re not fully committed to training, you might want to think again. 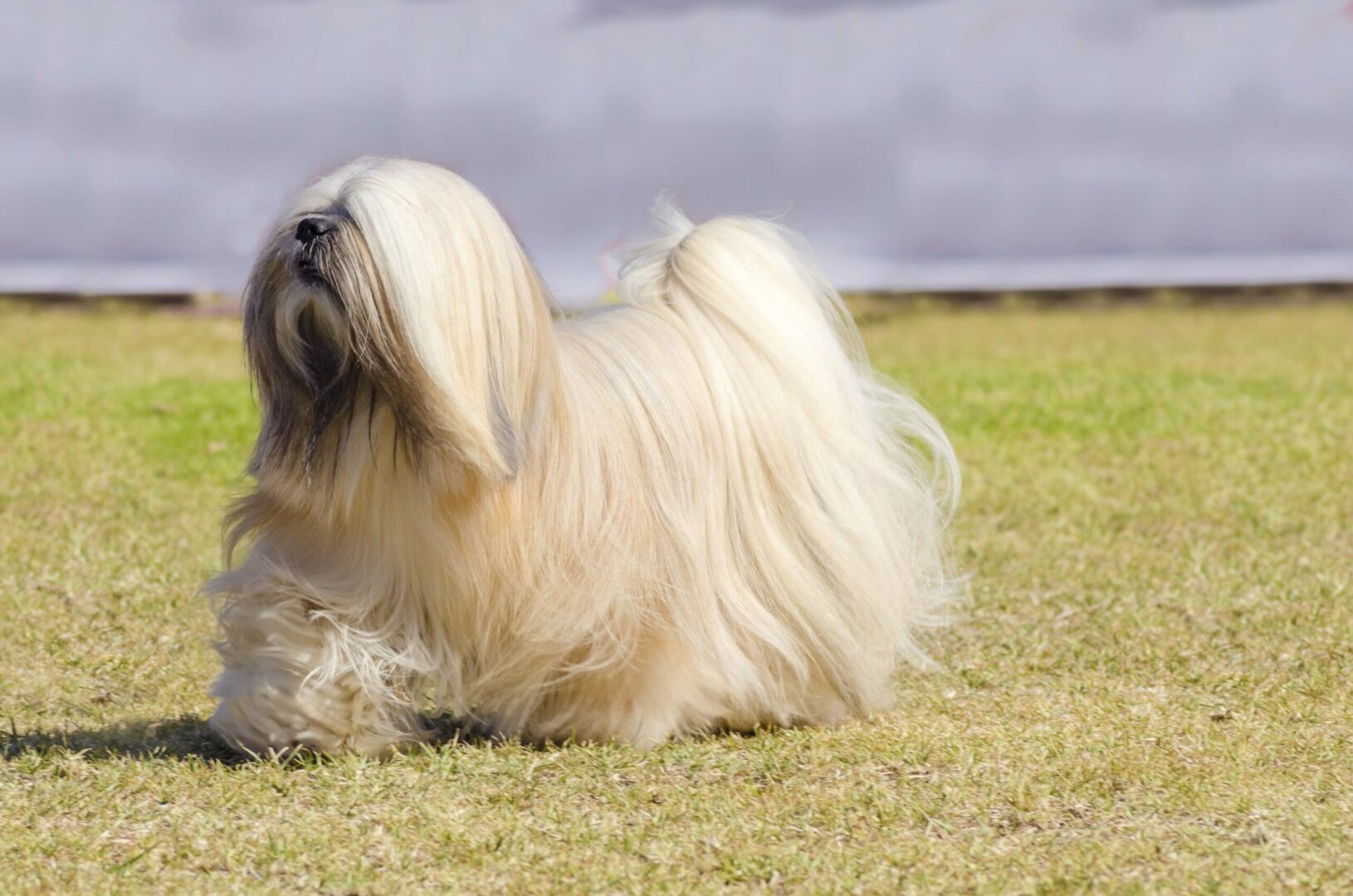 This is another dog that can be pretty barky. Old English Sheepdogs are strong-willed and need an owner who is equally assertivein order to keep them off of the least trainable dogs list. You have to invest a lot of time into training this dog. If you don’t, he’s going to run roughshod over you and everyone in your family.

If you don’t set up rules early on, your Old English Sheepdog is going to run your household. Once he is trained, though, he will end up being one of the best dogs you could ever imagine – incredibly protective and intelligent, cuddly and great with kids. 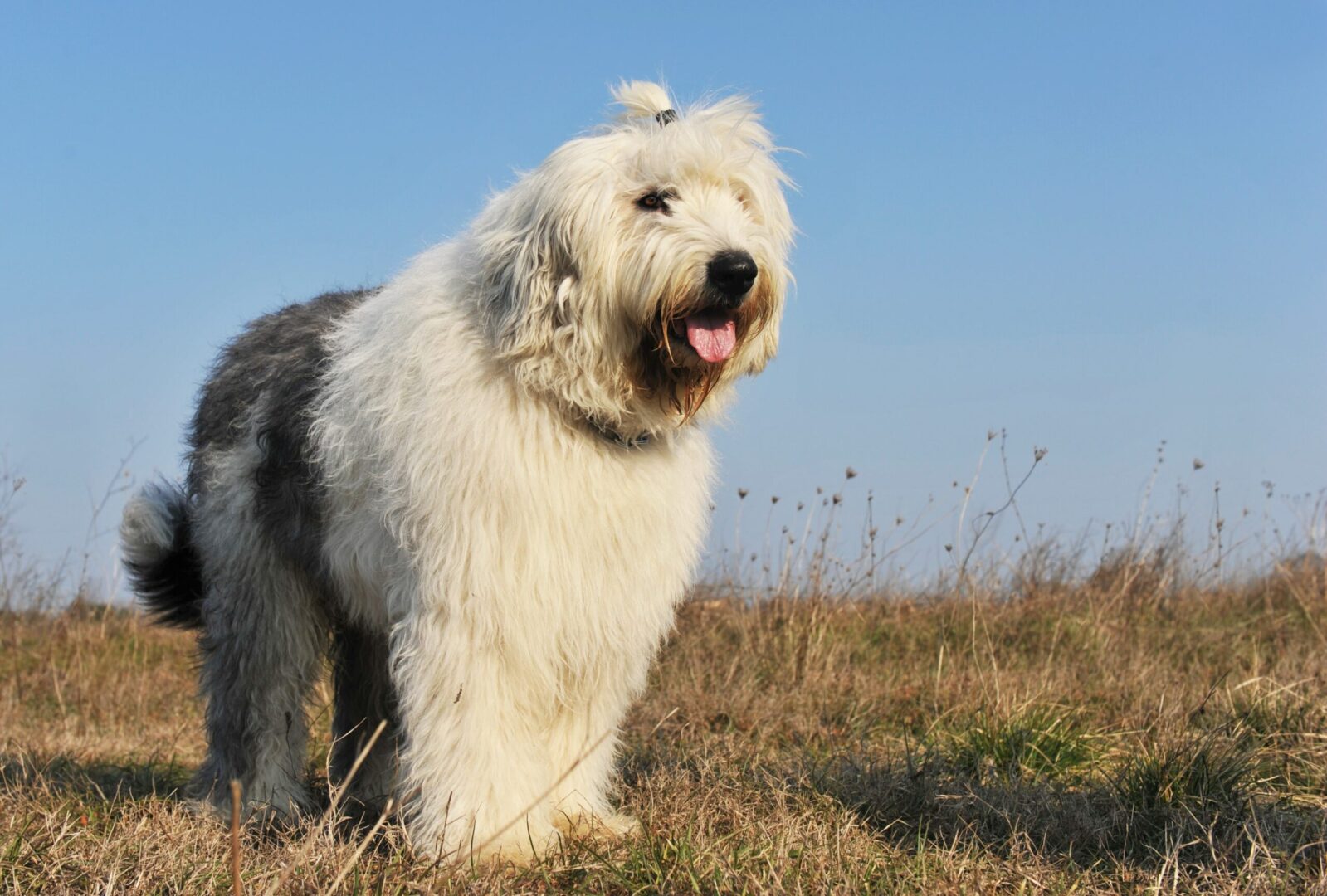 This is another very stubborn breed that has no concept of the rules that need to be followed. This breed needs a firm hand at all times. Fortunately, the breed is also very affectionate and protective. 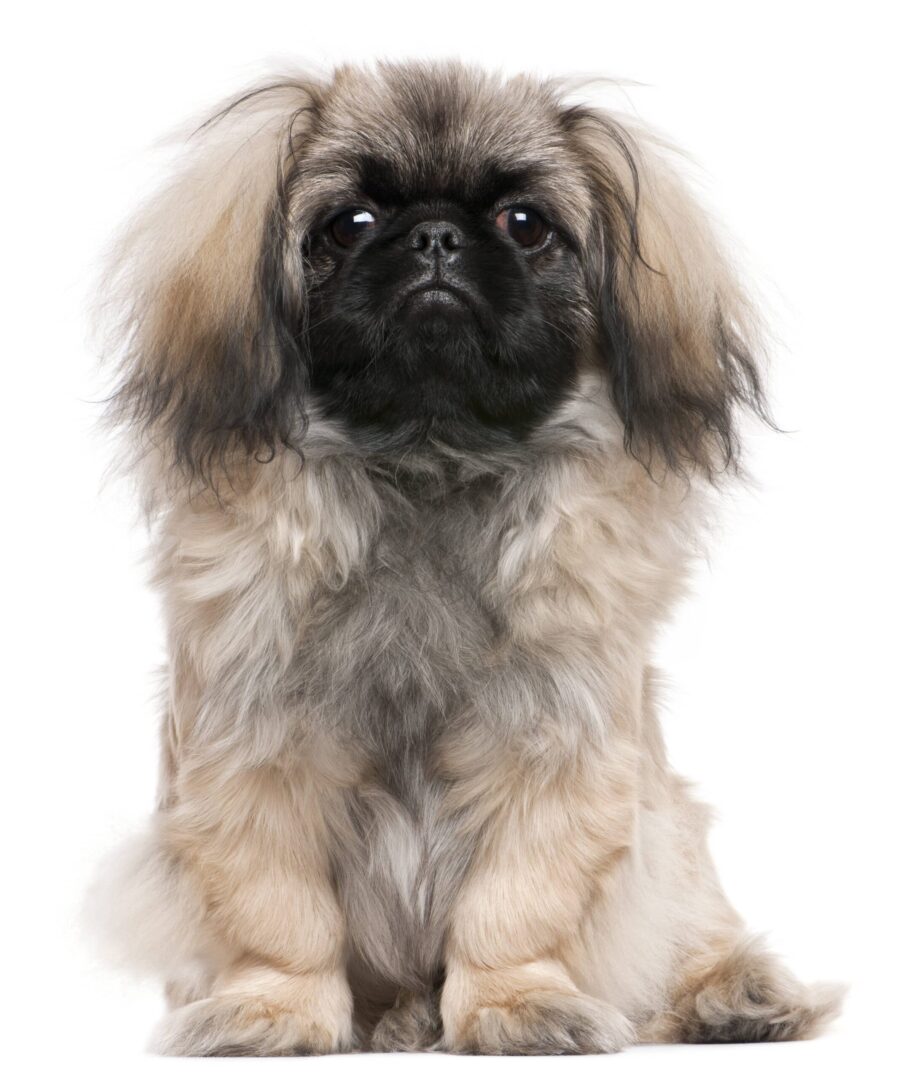 You really need to start training a Saint at a young age, mainly because they’re huge. Fortunately, these dogs are very good with kids, so you probably won’t have to worry much in that regard.

The main thing with Saints is that because they’re so big, you’ll have to watch them around young children who could get knocked over. You’ll also need a lot of space to train a Saint. 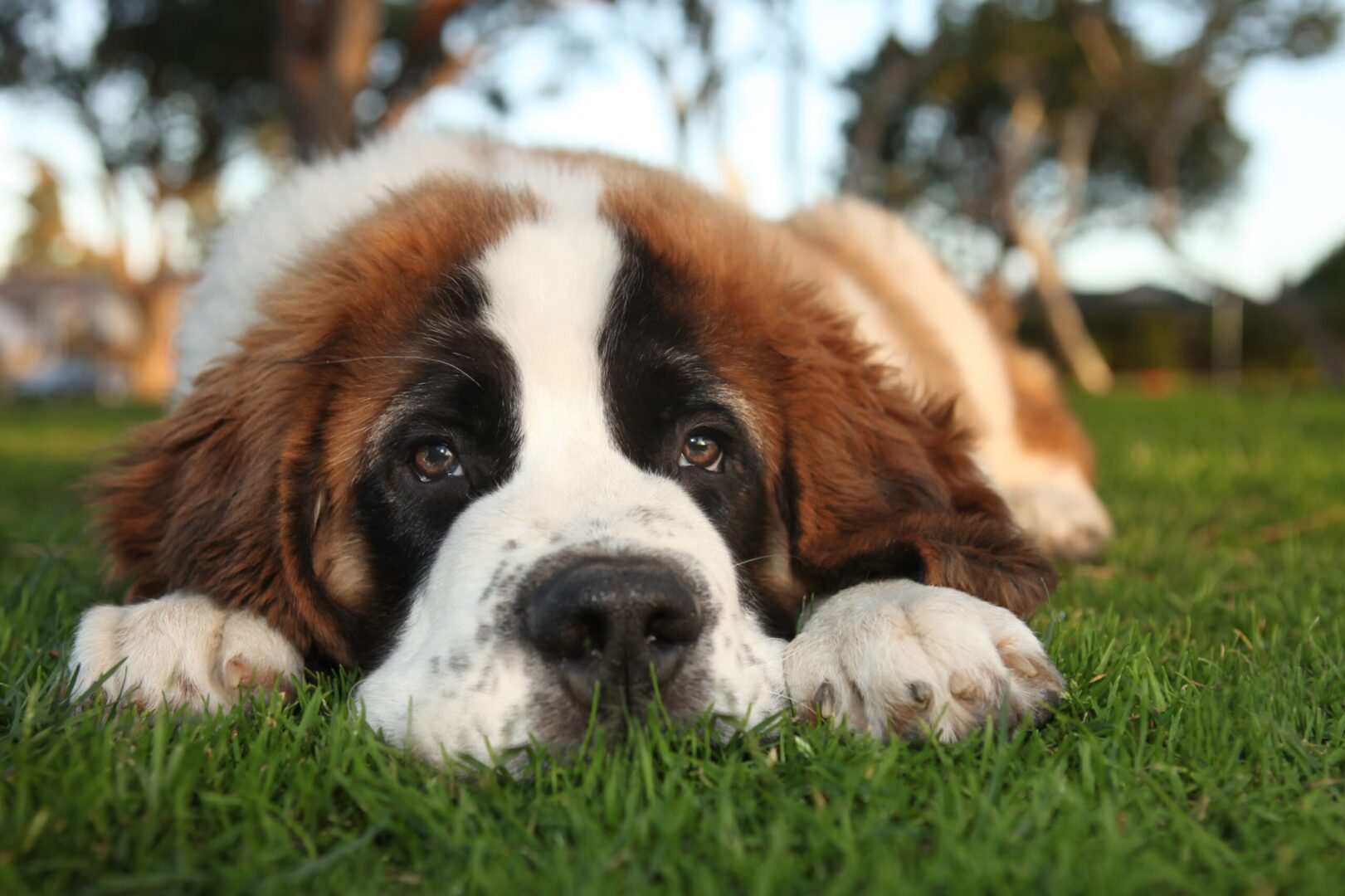 Now, getting down to the lower end, the Scottish Terrier is a small dog. This is a very alert animal and one that’s generally good with kids. However, they’re often not all that good with being corrected, and might snap.

Don’t back down. And don’t let your kids back down. Scotties can be very good family pets, but you can’t let them get away with anything. 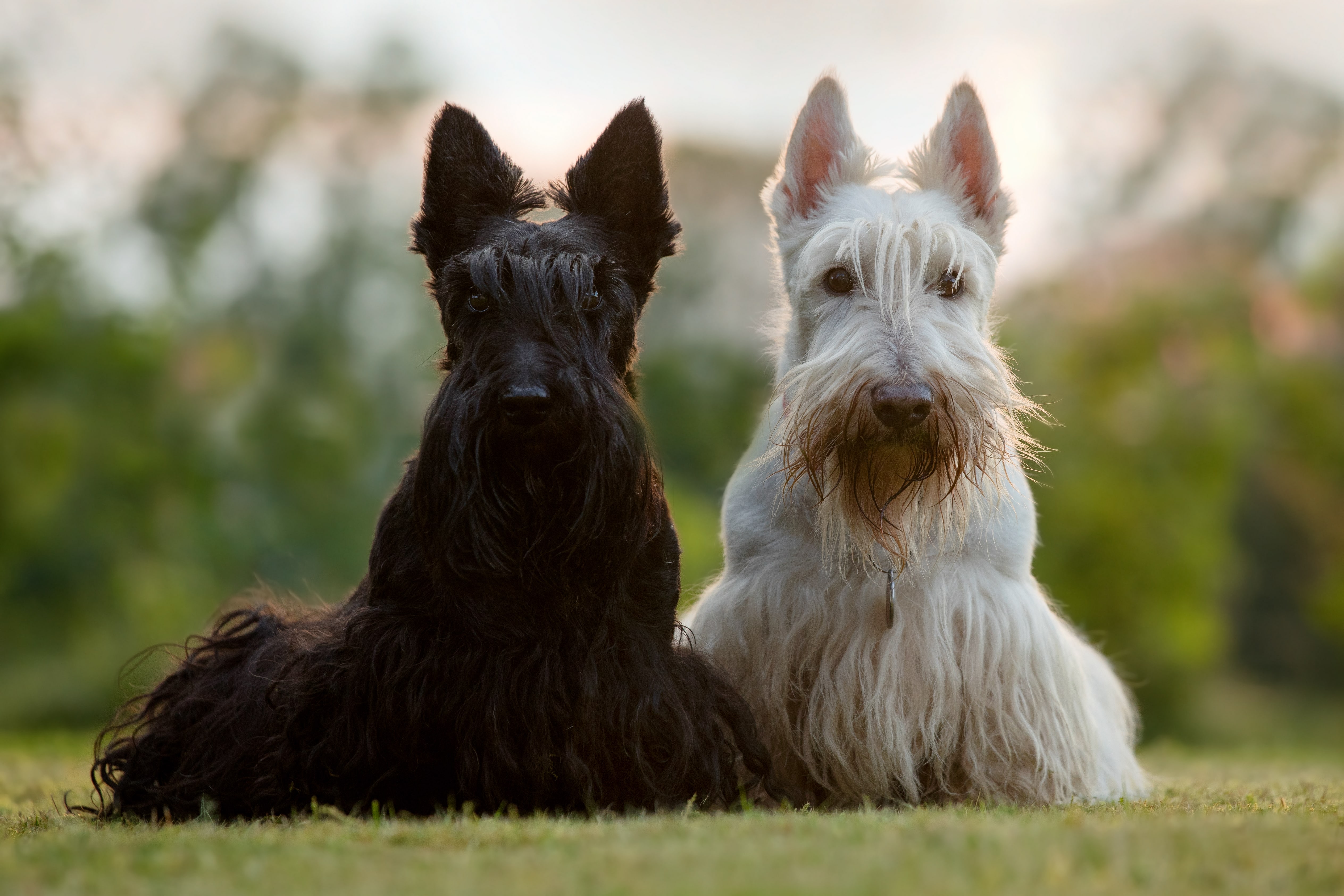 This is another strong-willed dog, and that can make it earn a place on the least trainable dog breeds list.

These dogs are very strong-willed despite their size. They’re also pretty popular. If you’ve ever known a Shih Tzu, though, you know that they’re very protective. 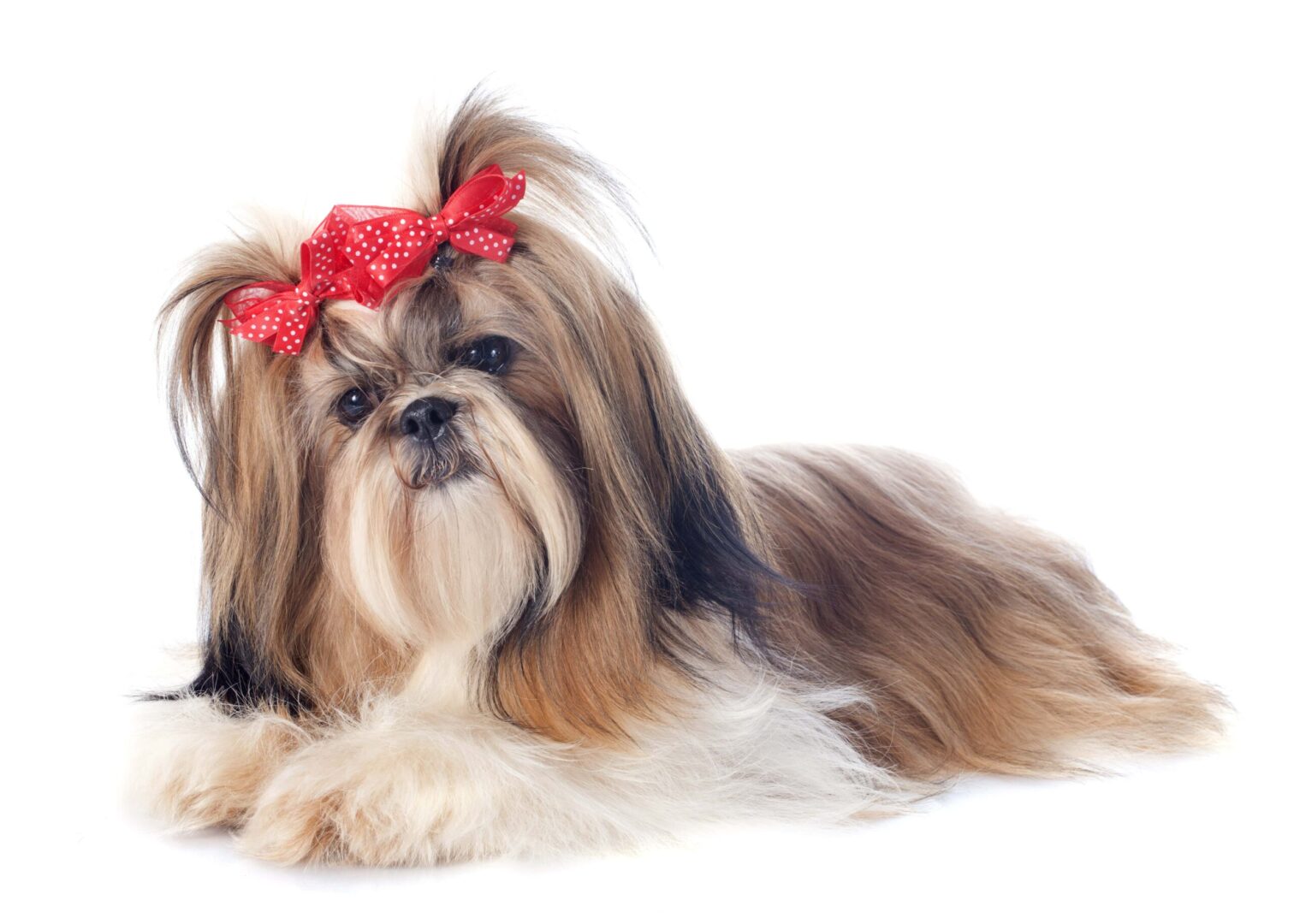 Big breed or small? What’s trainable? What’s not? From where I’m sitting, size has little to do with it. Big and small breeds alike are equally trainable. Small and big dogs alike are equally great companions, wonderfully loving and loyal. So, who’s ending up in your home? A big dog or a small one? Just love them all. That’s my take on it. You can, of course feel free to disagree, and leave a comment below.