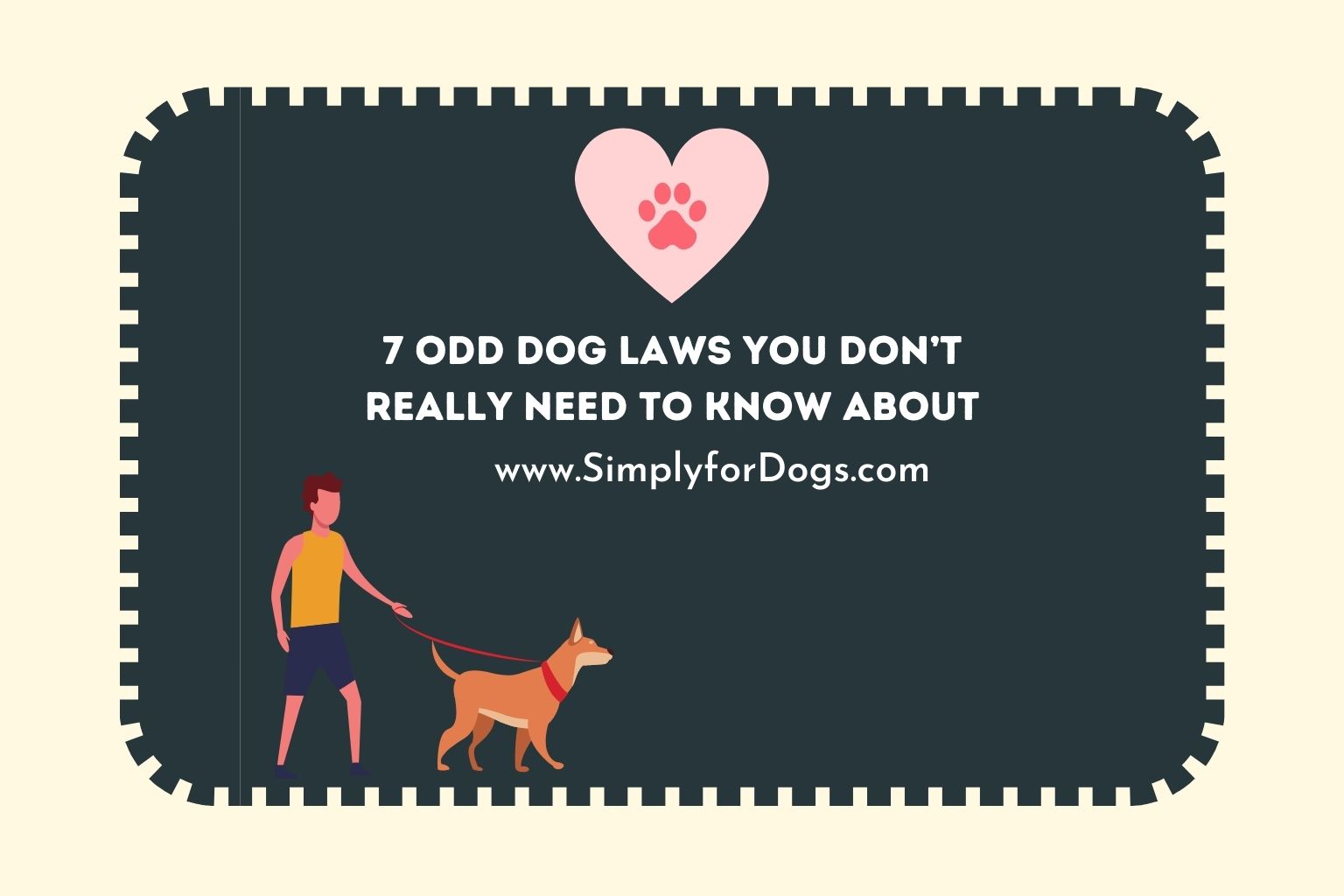 My regular readers know I can be a bit, well, obsessive about news stories relating to dogs. And those stories often touch on lots of different things, including dogs in trouble for biting, stealing cars (okay, maybe not), and being the heroes they are. However, I also find myself stumbling into stories about dog laws in different parts of the world. I’ve written on 13 Weird Dog Laws You Might Be Breaking, as well as more serious matters like The Law Regarding Dog Bites and Other Injuries. Recently, though, the good people of Reader’s Digest compiled an interesting list of “on the books” dog laws in different parts of the United States, and I have to admit, it got me a bit hot under the collar.

Why? Because these laws are all premised on the idea that dogs are our “property”, which is (as the article explained) “how any of these weird dog laws can possibly exist.” Here are seven of those laws that you might also find a bit irritating!

I’ve written a lot about Pit Bull breeds and the many prejudices they face. Whether it is hybrids, Staffordshire Terriers, any of the bull terriers and so on – they are often outlawed in different areas. Many HOA agreements make you indicate that you will not or do not own dogs from a list of specific breeds, and the Bullys never fail to appear.

However, in Minot, North Dakota it is 100% illegal to own, harbor or be in the company of any sort of pit bull…ever. The law states that if you are caught with a pit bull, it will be necessary to remove it from the city limits at once, OR the dog will be destroyed. As the article indicated, “this law unqualifiedly bans pit bulls, without regard to your particular Pitbull’s disposition. In fact, there’s a separate Minot law banning dangerous/aggressive dogs…but Minot does allow pet snakes.”

As you might imagine, I just gazed down at Janice and told her to remind me that we don’t want to pay a visit to that city. Her knowing gaze and deep sigh said, “No problem whatsoever!”

Of course, I don’t want to single out Minot, since it is not the only city that says no to the bully breed. In fact, you can go online and use this interactive map to find out where specific breeds are forbidden, banned and so on.

I used it and discovered a small town in upstate New York has a full-blown ban on entry tags into the local dog park for any of the pit bull breeds or hybrids. And District Heights, MD (just outside of Washington, DC) has a full blown ban on Pit Bulls, too. Across the country in Neah Bay, WA there is a full ban on Doberman Pinschers, Rottweilers and Pit Bulls.

So, it just goes to show that people remain a bit ignorant on the issue of “it’s not always the dog (or breed), but rather the owners”. Still, I guess you do need to know about such issues (making my title a bit inaccurate) and do what you can to help people learn that pit bulls can be real sweethearts if loved and trained properly.

2. The Law That Would Get My Mother in Trouble

As you might guess, I grew up in a pro-dog household. In fact, there were times when we had many dogs, cats and even the odd rehab animal (we raised and released a raccoon, opossum, some baby Mallards, a few fawns, and more!). That’s why my mother might frown on the different state and local laws forbidding dog ownership over a certain number.

As the article noted, governments can actually “have a say in how many dogs you can have in your house.” For instance, Roeland Park, KS says you can have only two dogs (without a permit for more), and one county in North Carolina puts a fixed cap at five dogs and no more.

If found this interesting and dug around a bit to learn just how often state and county laws put a cap on puppo populations in private homes. What I discovered was this, “In rural areas, how many dogs you keep is pretty much your own business, as long as the dogs aren’t a nuisance. But many cities restrict residents to two or three dogs per household, not counting puppies less than a certain age, usually eight weeks to four months or so.”

The Law Regarding Dog Bites and Other Injuries
13 Weird Dog Laws You Might Be Breaking
Landlords, Dogs and the Law

The article went on to explain that the caps are more about problem dogs in urban areas, as well as problem owners. In fact, it is more likely the latter that led to so many cities making such rules, with one judge noting it was noise, odor and “other conditions” that make such limits necessary.

Yet, many people dislike such rules, and even fight them. The citizens of Oakland, CA overturned rules that forced anyone with more than three pets (dogs and/or cats) to require special permits. People dislike them for many reasons, but typically because it means fees, inspections and other issues just to own a few pets.

The good news is that enforcement is difficult and most animal control officers have to rely on complaints before they can find someone in violation. This means you won’t find yourself in trouble unless you allow your pets to become a nuisance. As I always say of pet ownership – it is never the pets that are a nuisance, it is irresponsible owners. 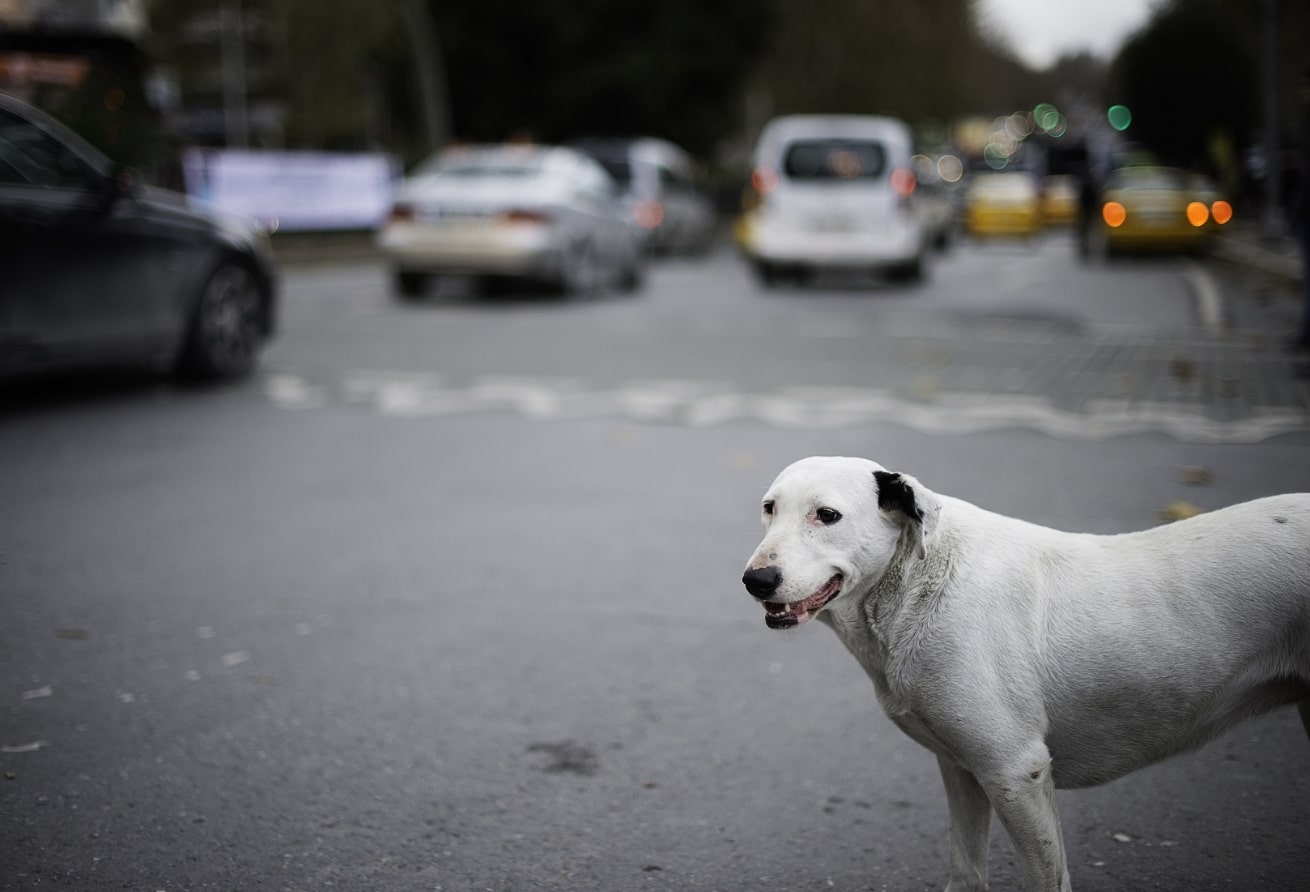 Of course, “nuisance” is a bit subjective and there are laws that can make it dangerous for people to misunderstand or inaccurately perceive your dog as a nuisance. Consider Pennsylvania Statutes Title 3 P.S. Agriculture § 459-501 § 459-501. Killing dogs;  dogs as nuisances. This little gem says that “Any person may kill any dog which he sees in the act of pursuing or wounding or killing any domestic animal, wounding or killing other dogs, cats or household pets, or pursuing, wounding or attacking human beings, whether or not such a dog bears the license tag required by the provisions of this act.  There shall be no liability on such persons in damages or otherwise for such killing.”

Quite literally, if you are playing a good game of chase with your dog in a park or even on your own property, let’s say a large yard or even field, and someone with a gun thinks the dog is actually chasing you…they can shoot.

There is a lot more to the law, but what is a bit disturbing is the fact that their misunderstanding or inaccurate perspective comes without any liability. While I have written at length about the liabilities you incur when you use a Beware of Dog sign, maybe you should also think about “Beware of Person” if you go for a good hard game of chase somewhere in Pennsylvania!

I grew up during the time when states began to require all passengers in vehicles wear seatbelts. Today, there are also some states and local governments seeking to keep everyone safer – including the puppos – by requiring that they also wear seatbelts or restraints when riding in cars.

This is already national law in the UK, and drivers “face a fine of 5,000 euros if they are caught riding with their pets unrestrained, along with a potential leap in car insurance payments. And if UK drivers get into an accident while their furry friend is not suitably restrained, insurance providers may not even pay out.”

What about the U.S.? States such as Connecticut, Hawaii, Maine, Massachusetts, Minnesota, New Hampshire, New Jersey, North Dakota and Rhode Island have varying degrees of dog restraint laws in existence. Some impose fines if a dog is not in a crate, and others look at transporting animals in crates as cruel. Dome want seat belts and others say no restraints are okay but that drivers can be charged as being distracted if a dog is on their lap.

Regardless of where you live and even the size of your dog, I’ve always advocated restraints of some sort when driving. There are comfortable harnesses and seatbelts and systems that prevent your dog from becoming a projectile during a crash or fender bender. They keep the dog safe and also everyone in the car, and are just a wise idea in general – whether the law requires them or not.

One town in Illinois has an actual law on record that forbids dog owners from keeping or maintaining them if they are a “disturbance,” including if they are noisy or smelly! Of course, it is not just stinkers who are on the law books.

In the capital city of Connecticut, the city of Hartford says that dogs just cannot be annoying when they are on the highway. That one made me scratch my head a bit and so I wanted to dig a bit deeper into the matter. The language doesn’t really clarify what “annoying” means, though it does say that a “dog which habitually goes out on any highway and growls, bites, or snaps at, or otherwise annoys, any person or domestic animal lawfully using such highway or chases or interferes with any motor vehicle so using such highway, shall be guilty of a class D misdemeanor.”

Now, don’t get that wrong – it is not the dog guilty of the misdemeanor, but the owner or custodian who is charged. None the less, it is intriguing at the very least to think of the ways dogs might be identified and found guilty of being annoying. I have a kid sister who fell into that heading for a long time…maybe she can help clarify!

The city of Glendale, CA has made it legal only for service dogs to use elevators in all public buildings. That means you and your puppos might find yourself climbing the stairs if you need to go above ground floor almost anywhere in the city. Unfortunately, this city is not the only one to impose such restrictions, and many Owner’s Associations in urban areas have also tried to impose similar limitations.

This seems inconsequential until you think about owners with limited mobility or aging dogs unable to easily mount stairs. There are ongoing battles against such legislation. If you find yourself facing such a challenge, it is important to remember that some of these laws emerge because other dog owners did not train their pups to behave or act appropriately in the confines of the elevator. If you have a large dog, consider waiting for an empty elevator to make things easier on everyone, or make a habit of using the service elevator (if possible)!

Janice and Leroy respond accordingly when the “s” word (squirrel) is even whispered in our household. While I never encourage them to chase or harass squirrels (I really like them!), it seems born into them to seek to pursue them the moment they spot them. Fortunately, we don’t live in Madison, WI where it would be illegal for the dogs to make chase. According to state law, the squirrels that inhabit the public park adjacent to the state capital are under legal protection and if your dog happens to “worry” these adorable critters, the pair of you would be in violation of the local law!

There are many other examples of unusual, odd and even bizarre laws around dogs throughout the United States. I did get the title wrong since most of these are of significance to dog owners and probably quite useful to know. If you think dogs are facing some injustices in your local law books, get involved in changing or updating them. After all, your dog cannot legislate or vote for changes, and it is up to you to ensure they live in a fair dog-friendly society!

The Law Regarding Dog Bites and Other Injuries
13 Weird Dog Laws You Might Be Breaking
Landlords, Dogs and the Law