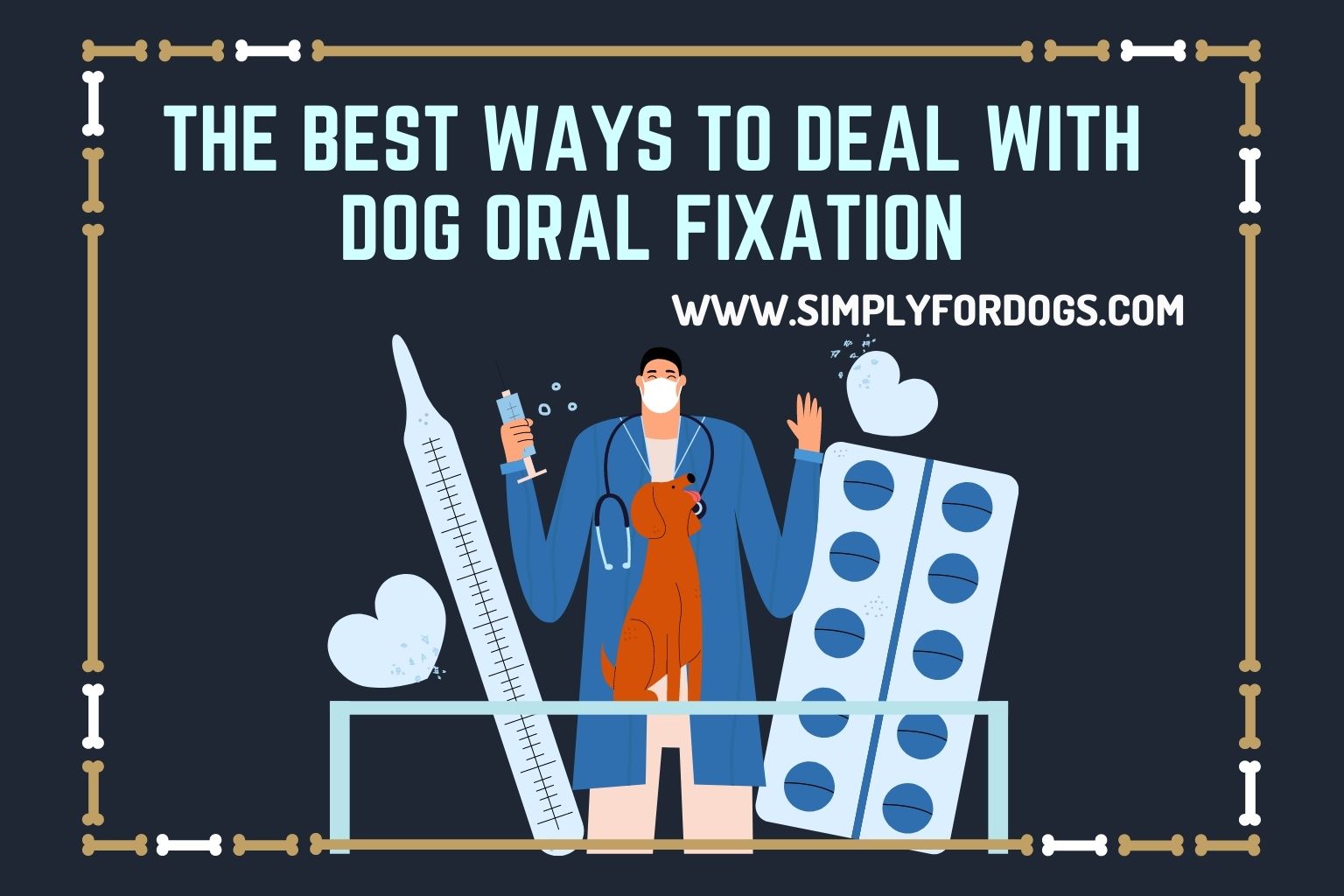 I’ve heard it said by so many dog owners – “He’s so ORAL, it’s like he has obsessive-compulsive disorder or something!”

Well, maybe he does. I’ve known more than one dog with an oral fixation. My Janice used to chew compulsively – my slippers, phone cords, table legs, sticks of firewood, and anything else that wasn’t nailed to the ceiling. Dog oral fixation can be a huge problem. Fortunately, though, it can be dealt with if you just follow the following steps.

Think About What is Causing the Problem

Dog oral fixation and other problems are much the same as they are in humans – overwhelming desires to engage in undesirable behavior over and over, to the point where it interferes with enjoying life. Your dog might be doing things that seem to have no reasonable purpose, but just the same, he has to keep on doing it. In some dogs, the condition is so bad that he might spend every single waking hour spinning, licking, pacing or engaging in other compulsive behaviors.

Look at the Breed

When it comes to dog oral fixation and other compulsive behaviors, some breeds are more prone than others. Dobermans, Labs and Golden Retrievers, for instance, are far more likely to develop dog oral fixations. They might lick persistently or suck on their flanks, and they might even chew on their tails to the point where they injure themselves.

No one really knows. Sometimes, compulsive behavior seems to just come out of the blue with no apparent reason. Other times, it can result from injuries – if your dog hurts his paw, for instance, he might lick it compulsively until it heals. Compulsive behavior can also be due to anxiety or stress.

Often, if a dog is tied in a yard or confined too much, he might develop a tendency to lick or chew. If a dog is separated from his person for a long time, this can also lead to compulsive behavior. Dogs want to interact with humans and other dogs, and if they are prevented from doing so, then oral fixation can be the result.

When Your Dog’s Behavior is Good and When It is a Sign of a Problem (Video)
Dealing with Needy Dog Behavior
Top 3 Reasons for Aggressive Dog Behavior, and What to Do About It

Dogs that are suffering from oral fixation or other behavioral issues may spin in place, pace, chase their tails or snap. They might also bark for no apparent reason. They might also fixate on toys or lick compulsively.

If your dog is displaying undesirable behavior, you should always consult your vet. Allergies, skin conditions and parasites can also lead to bad behavior, and if these are the causes, then your dog does not want to behave badly – he is just uncomfortable and confused. It is also possible that your dog has incurred a viral or bacterial infection that has affected his behavior.

Treating dog oral fixation can be challenging because it is difficult to determine what has caused the problem in the first place. Standard treatments usually involve behavioral therapy as well as medication. Usually, to get the maximum benefit from therapy, you should try to avoid any situations that cause the dog to have an oral fixation in the first place. Then, increase the dog’s physical and mental stimulation in order to take the focus away from the dog’s oral fixation.

There are probably situations that trigger your dog’s oral fixation. If you can identify them and eliminate them, then obviously you will be reducing your dog’s stress level. This is where desensitization and counterconditioning come in.

What Is Desensitization and Counterconditioning?

Give Your Dog a Job

A lot of the time, dogs that are under-exercised become dogs with oral fixations. So what you want to do is make sure that your dog has a lot to do – he needs to be stimulated both mentally and physically. A dog with oral fixation is quite simply a dog that does not have enough to do.

So, if your dog has oral fixations, make sure that you exercise him for at least 30 minutes every day. That way, he will be calm and relaxed.

Play games with your dog, too. Most dogs love to play fetch. Tug of war is also good – and I know that I’m going to get slammed by all the people who say that it builds aggression, but I call bull**** on that – tug of war does not build aggression; it channels it. 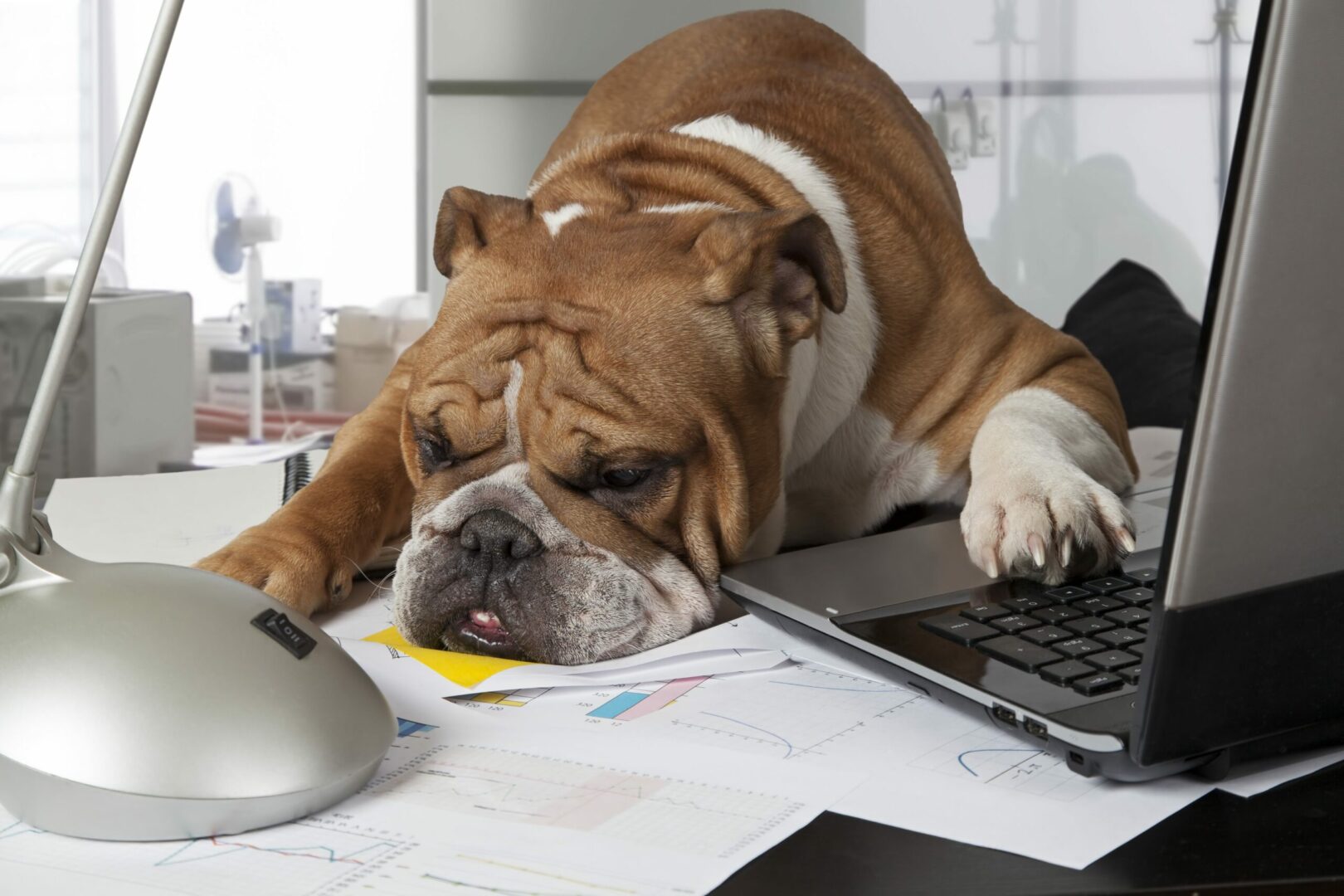 Daily walks are also very important, and if you can, it is a good idea to take different routes and find new places so that your dog can experience new things.

I am also a big believer in visits to the dog park. If your dog likes being with other dogs, as mine do, then there is nothing better than a visit to the dog park where he can hang out with his friends.

Things to Do at Home

The other thing that you can do if you have a dog with oral fixation is make him work a bit harder for his food. I know that with my dogs, I just dump a bag of food into a container and let them have at it. But if your dogs have oral fixations, sprinkling kibble here and there can be fun for your dog and also reduce that overwhelming urge to just grab onto anything that can go into their mouth.

What this is, is a means of reducing behavior issues by lowering a dog’s reaction to something. If your dog has oral fixation, then this could work to ease the problem What you do is change the dog’s response to something that “triggers” him. So, if he doesn’t like being handled, for instance, you start him off with a treat and then a game that he likes, and then you handle him. He learns that good things will happen, and then he’ll be handled, and he’ll like the good things so much that he will submit to being handled.

Or, you might try asking the dog to do something, like taking a treat in exchange for extending his snout into your hand. It’s not just a physical response; it’s an emotional one as well.

Counterconditioning and desensitization are complex measures, and are not always all that easy to carry out. One of the most important things that you must remember is that you should never frighten the dog. Also, treatment methods can vary according to the dog, so often this type of training is best done by a professional.

Back to Oral Fixations

My dogs have pretty much always had oral fixations. I heat using firewood, and both Janice and Leroy have always been prone to grabbing sticks of wood and chewing them up. I have to tell you that I have never been able to break either of them of that habit. I suppose that when you get right down to it, splinters in the gut aren’t likely a huge issue – at least that’s what my vet tells me. If your dog has such an oral fixation that it is likely to cause harm, though (and I’m thinking here of the time that Janice ate a wine glass), then you are probably going to have to pull back, regroup and consider some serious training measures.

When Your Dog’s Behavior is Good and When It is a Sign of a Problem (Video)
Dealing with Needy Dog Behavior
Top 3 Reasons for Aggressive Dog Behavior, and What to Do About It

I have often had to deal with dogs that had oral fixations. I couldn’t even begin to tell you how many things Janice and Leroy have destroyed thanks to their overwhelming need to chew. The thing to remember, though, is that dogs are not chewing out of spite. We might not fully understand their reasons, but they do have reasons nonetheless.

Live with them. Try to understand them. And most important, just love your dogs.