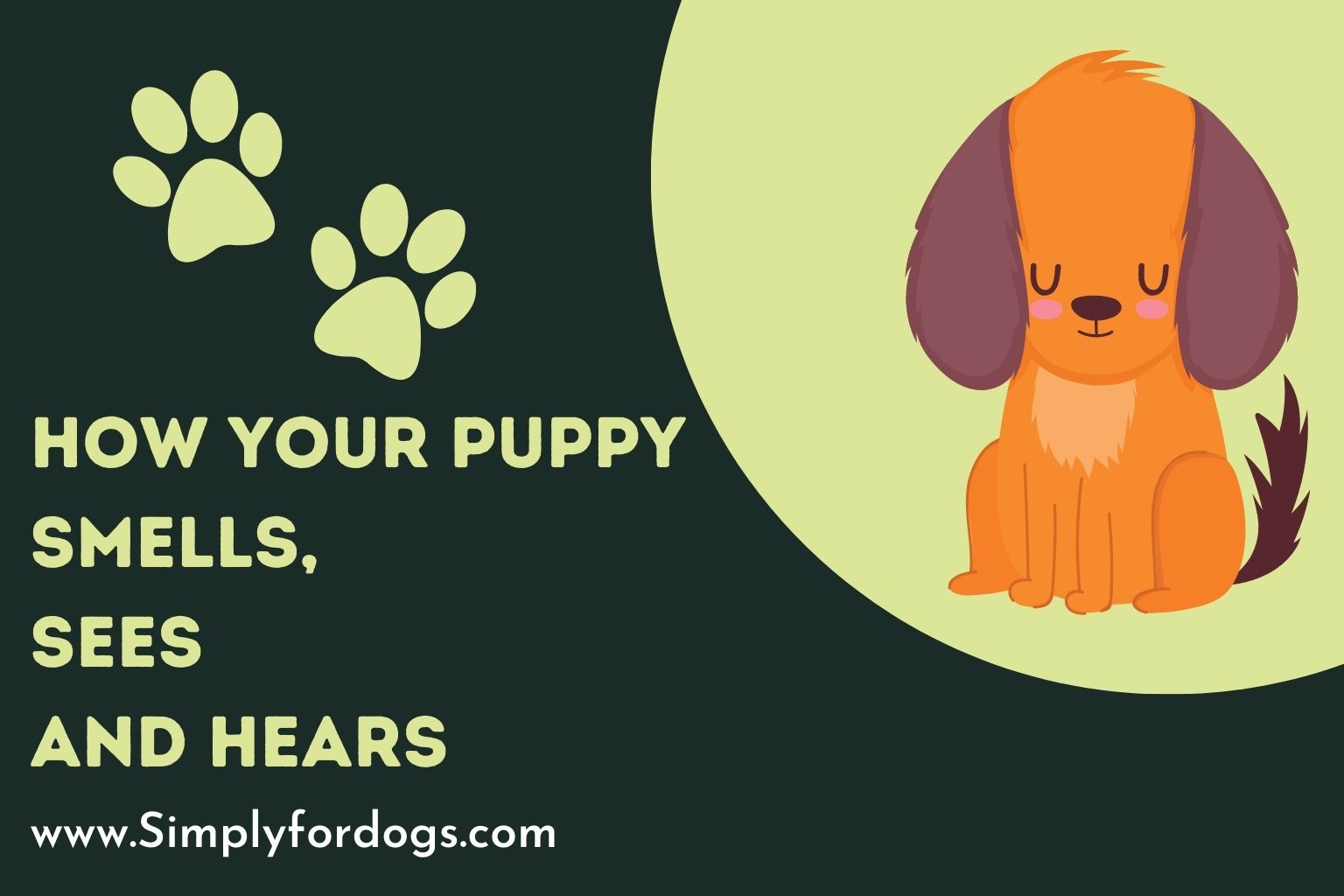 Sometimes I’m just in awe at how a dog’s senses work. The way your puppy smells, sees and hears is very different from the way that you do. Of course, we humans do use the same senses, but we do it in very different ways.

All living creatures have the senses of sight, hearing and smell. A dog’s senses are so highly refined, we don’t even come close. For instance, if you compare the way a puppy smells to the way a human uses his or her sense of smell, you could think of it as us taking a quick glance at Wikipedia to get information, whereas a dog would have access to every single encyclopedia that was ever created. In other words, when a dog smells, he or she isn’t just getting a bit of information; he’s getting a complete story. That’s because a dog’s sense of smell can be anywhere from a 1,000 to literally 10 million times more powerful than a human’s, depending on the breed of dog. Even the least “smell sensitive” dog is still 10 times more capable of interpreting odors than a human is!

Ever wonder why your dog licks his nose? It’s to improve his ability to smell. A dry nose still picks up smells very well but not to the same extent as a wet nose. When your dog licks his nose and raises it in the air, he’s accumulating a ton of information – are there any humans in the area? What about other dogs? Is anyone in heat? What have other dogs eaten for dinner? Have they smelled other dogs recently? Has anyone given birth? What kind of mood are the other dogs in the area experiencing? Has another dog peed on a tree several blocks over? Rubbed up against a human’s pant leg? Sniffed a chair that someone sat in?

Think of it this way: you’ve just come home from work, and your wife or partner or roommate has made spaghetti with sauce for supper. You smell spaghetti sauce. Your puppy smells tomatoes, basil, oregano, red pepper, parsley, anything else you’ve tossed into the sauce, and also the pasta that’s being cooked – all individually.

To take it even further, your dog can move his nostrils independently, so he knows what directions smells are coming from. He can also breathe and sniff independently, which humans can’t do. To a dog, breathing is done to take in air, and a dog can actually breathe without smelling. When he sniffs, that’s when he smells.

How a puppy smells is even more magical; believe it or not, puppies actually have sensors in their noses that allow them to find their mother even when their ears are not ready to work and their eyes have not yet opened. Once a puppy reaches adulthood, these sensors become deactivated, but if you’ve ever wondered how a puppy manages to find his way back to his mother even when you take him out of the litter, this is how it happens.

Help, I Have a Smelly Puppy!
8 Dog Odors and How to Banish Them for Good (Video)
3 Amazing Things about Dogs and Their Sense of Smell (Video)

You’ve probably heard that dogs are colorblind, but you might be surprised to find out that they’re actually not. The idea that dogs only see in black and white is a myth. That said, though, they don’t perceive the color spectrum the way that humans do.

Picture a rainbow. Back in your school days, you probably learned the acronym, “Roy G. Biv,” meaning “red, orange, yellow, green, blue, indigo, violet.” A dog would see a rainbow differently. I don’t think I could give you an appropriate acronym because the way a dog sees a rainbow would be in dark blue, and then in light blue, then gray, light yellow, darkish yellow (very nearly brown) and, finally, dark gray. A dog would see purple as just another shade of blue, red as dark gray or black, and yellow, orange and green all as various shades of yellow.

So, when you throw an orange toy to your dog, he’s probably going to see it as being pretty much the same shade as the grass; that’s why dogs often seem to have trouble retrieving toys that look perfectly visible to us humans.

Another interesting fact about dog vision is that they really don’t see all that well close up, or far away. While you might be able to see something that’s practically at your feet, unless it’s a couple of feet away, all a dog is going to see is a blur. It’s the same with faraway objects. Dogs are usually better able to see objects when they’re moving than when they’re stationery, which is why, when you throw a toy to your dog, he might chase it for a bit and then just look confused once it lands.

The fact is that your dog’s hearing is very different from yours. In fact, puppies don’t smell, see or hear in the beginning. They’re born deaf, and it takes a while for their ears to “open up.” But by the time their hearing does “kick in,” they’ll be able to hear about four times as well as a human. Humans have about six muscles in their ears that facilitate hearing; dogs have at least 18, depending on the breed. Dogs with “standing” ears will hear better than floppy-eared dogs, but even those with floppy ears will hear considerably better than you will. 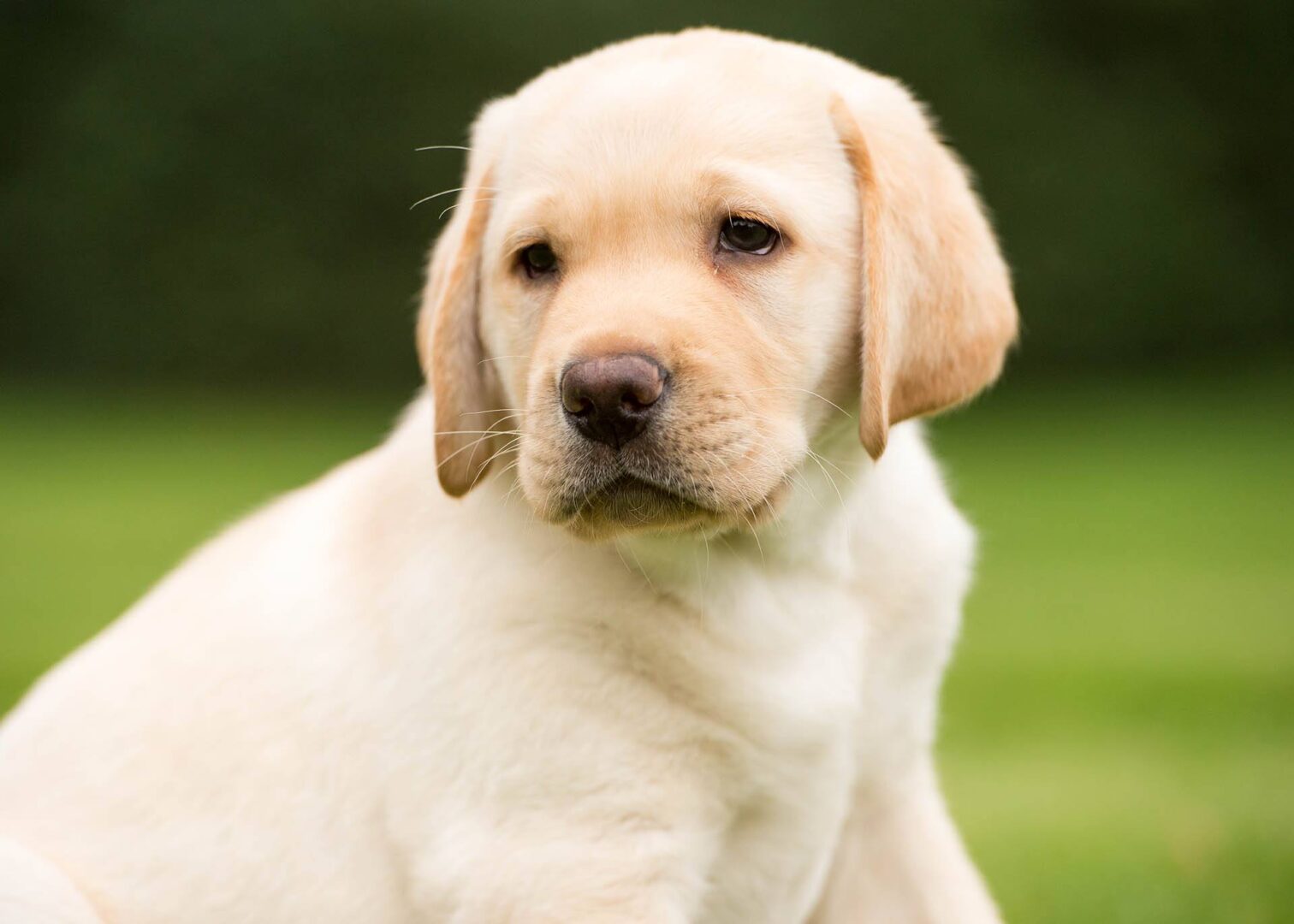 You have probably noticed that I haven’t talked about touch or taste. This is because, with one of these, it’s a no-brainer. Of course dogs have the sense of touch. It’s why they love to be cuddled and petted. As for taste, no one really knows how a dog perceives taste, or even if dogs perceive taste at all. You see tons of different brands of dog food that are supposedly “delicious,” but does your dog really perceive his “country chicken pot pie” dog food as tasting better than a store brand that doesn’t come in any particular flavor? From what I’ve seen with my own dogs, I’m thinking that it’s more about filling up the tummy than having something nice on the tongue.

I very much believe that dogs have a “sixth sense,” though. What is it?

Well, it’s hard to define. Some people put it down to a sort of “universal” language that animals have. You might have seen it in the way that wild animals interact; squirrels in trees chirping at dogs on the ground, for instance, just somehow understanding something.

Other people think it’s a transmission of energy. A universal language that has nothing at all to do with sound.

Dog owners often see this “sixth sense” as being something that goes far deeper. It’s the communication that you have with your dog when you’re feeling sad, and he somehow knows and tries to comfort you. Or it’s what happens when a dog knows that his person is about to have an epileptic seizure, and reacts. It could also be what happens when a dog finds an animal of another species in distress, picks that animal up in his mouth and brings the animal to his human. It might happen when a dog reacts negatively to another human without reason. How many times have you heard someone say (or said it yourself) “My dog doesn’t trust that guy, and I trust my dog’s judgment”?

I think the sixth sense is intuition. It’s when an animal just knows something instinctively, like, “This kitten is going to die if I don’t take it to my mom,” or, “There’s just something off about this person, and I don’t want him anywhere near my dad.”

I remember my Janice shying away from a guy while we were out on a walk. The guy tried to walk up to her, but she was having none of it. I couldn’t figure out why. He seemed perfectly pleasant, and I really couldn’t see anything wrong with him. Months later, this man was arrested for child molestation, and my take on that is that I didn’t know there was anything wrong, but Janice did.

I trust that sixth sense. I think it’s the most powerful sense a dog has – far more powerful than the senses an adult dog has, or a puppy has, when it comes to smell, hearing or sight. That sixth sense is everything. My take is that it is ignored at your peril.

If you want to put this in a spiritual perspective, think of it this way: God, or the Fates, or whatever you believe in, even if it’s just your own instincts, it’s there for a reason. If your gut tells you that your dog knows something you don’t, listen to your gut.

Help, I Have a Smelly Puppy!
8 Dog Odors and How to Banish Them for Good (Video)
3 Amazing Things about Dogs and Their Sense of Smell (Video)

The senses that our dogs have are, in many instances, so much more refined than ours. Adult dogs and puppies smell better and hear better than we do. They might not see as well, but the other senses more than make up for that. And when it comes to that sixth sense, the one that no one can really explain, they’ve got it all over us.

When I’m not sure if I’m reading someone right, I turn to Janice and Leroy and I trust their judgment. I think you should do the same with your dogs.