Down at the dog park the other day, we had another of those “go ask Ash” moments. I don’t know why people seem to think that I’m the oracle of all knowledge when it comes to dogs, because I’m not! I’m constantly learning, and I most certainly don’t have all the answers. But hey, it is what it is (whatever that’s supposed to mean!).

Anyway, this came about due to something terribly sad – there’s been another death in our midst. Regular readers will be familiar with Joanne, and her purse dog, Pierre. I first introduced you to them in 23 Crazy or Just Plain Stupid Things Some People Think About Dogs. Over the course of time, I actually came to like Joanne, and learned to tolerate Pierre.

Pierre, unfortunately, is no longer with us. Joanne came down to the dog park, alone, and when one of our group shows up without their dog, we know that it’s not good. I wasn’t there when she arrived, but apparently, she was talking with Al, who lost his Saint Bernard, Hannah, a while back. I got the “Readers Digest Condensed Version” from Joanne when I got to the park, which was something along the lines of, “Pierre has gone to the Rainbow Bridge, and I desperately want another dog. You know that he was a rescue, but I’m wondering if this time around I should consider a breeder. Al said I should ask you.”

Okay, before we get to my answer (which I didn’t offer immediately, instead promising to do some research and get back to her), I know you’re wondering what happened to Pierre. So here goes.

Too Many Pounds and Too Many Stairs

As I’ve told you, Joanne lives in a penthouse. She’s absolutely rolling in money, and I’m sure that Pierre’s collar cost more than my car. I visited Joanne once, and I really can’t remember how many floors up I rode in the elevator – I just know that it was a lot.

Anyway, Joanne is carrying a few extra pounds, and she has the bucks to afford a personal trainer. Apparently, her trainer told her that one of the best workouts she could do would be simply taking the stairs up to her apartment instead of using the elevator. It would actually add up to about an hour of vigorous, aerobic exercise, so I guess that alone should suggest that Joanne is pretty high up. 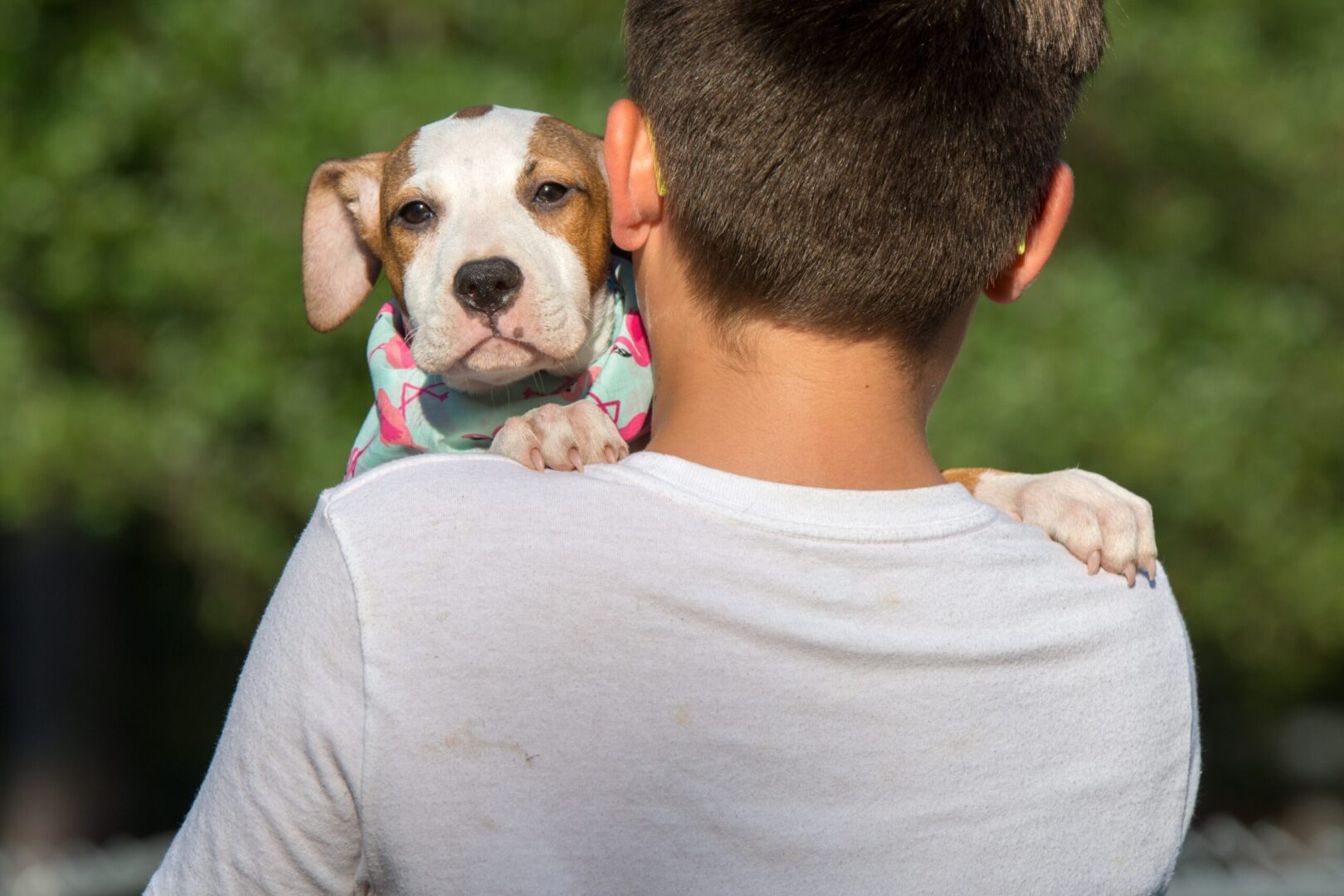 Joanne always took Pierre everywhere with her, carrying the little bat-eared creature in her purse. Which also probably cost more than my car. On this particular day, Joanne was laboring up the stairs, and close to the top, when she slipped on something. She righted herself fairly quickly by grabbing onto the handrail, but in the process, she dropped her purse – and with it, Pierre.

The purse might still be useable. Pierre, of course, is history.

So, that brings us to Joanne’s issue – rescue vs breeder.

On a Happier Note

Despite the unfortunate circumstances of Pierre’s demise, I think it’s wonderful that Joanne had such a positive relationship with him that she wants to get another dog. I’ve come to realize that there’s a lot more to Joanne than all the flash and bling. Under all the jewelry and furs and perfectly-coiffed hair, there’s a loving soul, and I think that whatever course of action she chooses, she’ll bring a lot to her new dog. She can certainly afford to deal with a breeder, but Pierre was a rescue, and I can see why she might be leaning in that direction again.

So, Rescue vs. Breeder?

Advantages of Choosing a Rescue Dog

When you adopt a dog from a shelter or a rescue group, you’ll avoid a good many of the problems that you’ll encounter when you buy a puppy from a breeder. Here they are:

So, these are the advantages to choosing a rescue dog. It’s not all sunshine and rainbows, though, so let’s look at the other side.

Disadvantages of Choosing a Rescue Dog

There are also a number of unfavorable aspects to choosing a rescue vs. a breeder’s puppy. They are:

Clearly, the advantages of adopting a rescue dog outweigh the disadvantages. There are also ups and downs when it comes to dealing with a breeder as well, though, so let’s take a look at that side of the rescue vs breeder issue.

Advantages of Dealing with a Breeder

It’s not always easy finding a good breeder. There are people who quite simply have no business having anything to do with dog breeding (see 5 Reasons Why Puppy Mills Must Be Stopped for more on this issue). I dislike the term “backyard breeder,” though, since it’s almost always used to designate people who breed non-AKC registered animals. The fact is that there are many, many breeders (my friend Neila is one) who breed non-registered dogs, but who care very much about the breed and raise them in outstanding conditions.

Always make sure, whether you’re buying registered stock or non-registered, that you visit the breeder. If the dogs are kept in a garage, a barn or a basement, look elsewhere. If conditions are dirty and the breeding stock looks to be in poor condition, run the other way, and report the breeder to the SPCA or Humane Society in your area – you’ve come across a puppy mill.

When you’re looking around for a breeder, ask questions. Check with local veterinarians and dog groomers – they know who the “bad actors” are. And remember, good breeders are in it for love, not money. Of course, they’re going to expect you to payfor a puppy, because after all, pre-natal care for the bitch, initial shots for the puppies, food and other incidentals cost money. No breeder is just going to give you a quality puppy at no charge. By the same token, they shouldn’t gouge you – asking a ridiculous price for a mixed breed, for instance (see Why You Should Walk Away from Teacup Dogs).

So, why would you consider buying from a breeder as opposed to taking a rescue dog? There are a number of reasons, and here they are:

These are the advantages you’ll have if you go with a breeder. There are less favorable things, though, when it comes to choosing the “breeder” side on the rescue vs. breeder issue.

Disadvantages of Dealing with a Breeder

While dealing with a breeder can go a long way to ensuring that you get a quality dog, there can still be a down side. Here are some of the disadvantages of choosing a breeder:

Of course, if you’re determined that you want a puppy and not an adult dog, you’re far better off to come down on the breeder side of the rescue vs breeder equation. Just make sure that you choose the right breeder, and if you have any doubts at all, don’t make the purchase.

As you can see, there are more advantages than disadvantages when it comes to dealing with a breeder.

When it comes to rescue vs breeder, it really all depends on what you’re looking for. I’ve gone both ways, rescuing from time to time and paying a great deal for good puppies at other times. I got Janice and Leroy from an outstanding breeder, and I’ve never regretted my choice. By the same token, I’ve also loved to distraction the dogs that I’ve rescued.

I’m not sure what Joanne is going to do, but I’ll keep you posted.

There’s much to appreciate on both sides when it comes to rescue vs. breeder, but disadvantages as well. So, think carefully about what you really want, and then proceed accordingly. Usually, the best choice is the one that feels right.

How do you feel about this issue? Have you rescued? How did it go? Do you have strong feelings either way when it comes to the issue of rescue vs breeder? Why? Leave a comment!