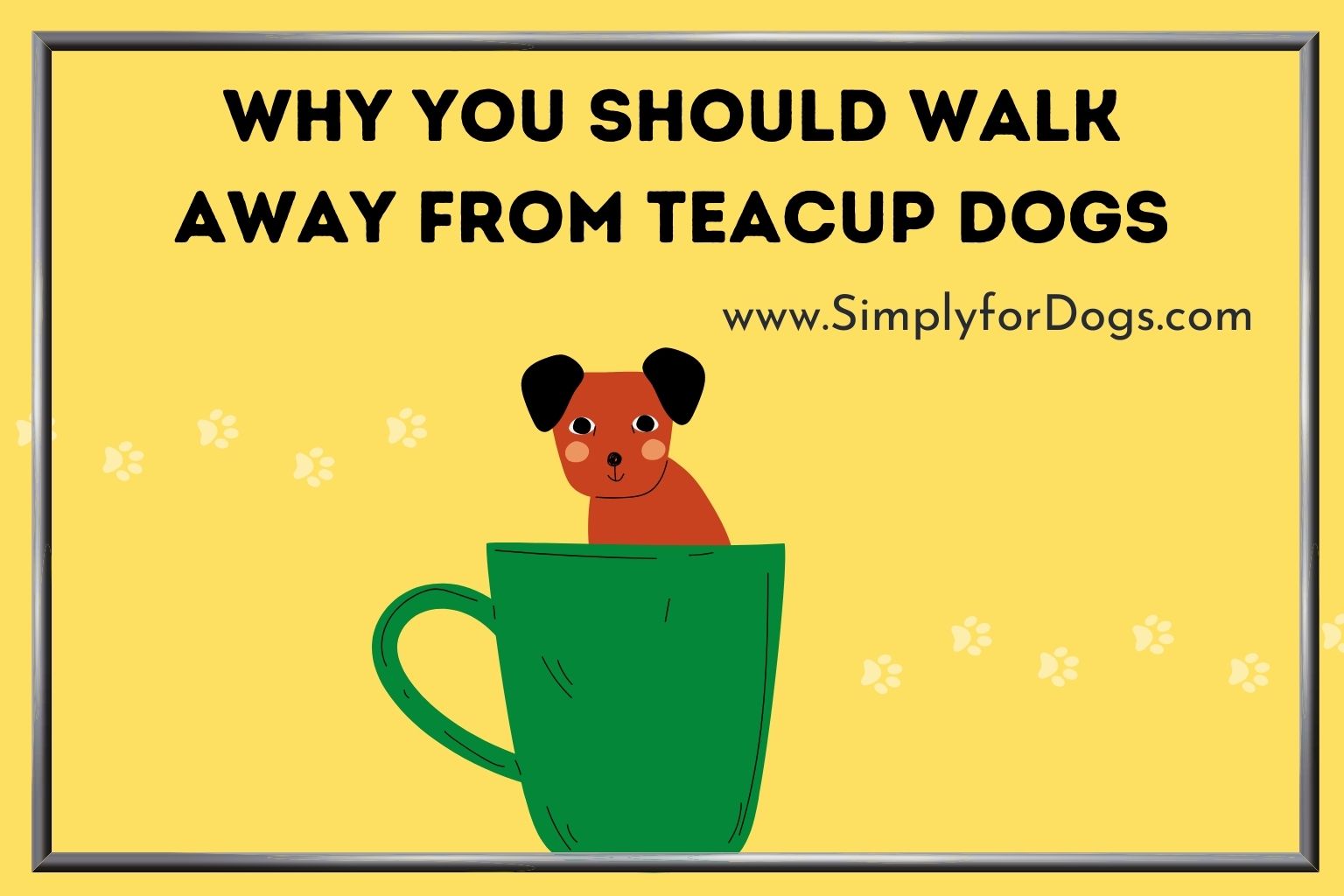 A while ago, in my blog “Creating a Fear-Free Vet Experience for Your Dog,” I told you about a guy I met at the dog park – Al, with his Saint Bernard, Hannah. The other day, as I was socializing with Al and Hannah, a newbie came on the scene. At first, I wasn’t even sure what I was looking at – one of those long-haired guinea pigs, maybe?

Turns out I wasn’t even close – what I was seeing, in a purse no less (I swear I am not making this up!) was a long-haired teacup Chihuahua. At least that’s what his person said he was. I’m sure this little guy couldn’t have weighed more than a pound, two tops.

Now, you know that I love dogs of all breeds and sizes, but I had to wonder – is this natural? Is it right? How can you possibly care for a dog that small and protect it from all the things that could endanger it? I mean, a cat could make short work of this dog. As I was getting ready to leave, Al looked at me, nodded in the direction of the newbie, and said, “That’s just wrong.” I went home with a lot to think about.

Once I got home from the dog park, I started to do some research on teacup dogs. And everything I’ve discovered has led me to believe that Al was right. That poor little creature was just wrong, and his person was wrong for buying him.

It seems that teacup dogs are trendy right now. Some trends are good – no one would argue against the iPhone, for example, which was once considered just a passing fancy. The thing is, though, if the iPhone had failed, no one would have been harmed. Trends come and go, no biggie. But when a trend involves a living being that requires a lifelong commitment, and it’s a bad trend, a great deal of harm can be done.

Right now, teacup dogs are hot. They’re a desirable commodity, and what that means is that people are going to produce them. It’s simple supply and demand. They are produced because they can be sold, and often the demand far exceeds the supply, which leads to breeders cranking out litters, breeding for smallness, and caring very little for the health and well-being of the animals.

What Is a Teacup Breed?

There is actually no such thing. Teacups are not recognized by the American Kennel Club. They are actually miniaturized or dwarfed specimens of dogs that are already naturally small. You may have heard of teacup Chihuahuas, like the one I described above, or teacup Yorkies, teacup poodles, teacup Shih-Tzus, teacup Pomeranians, or for that matter, any small breed that has been scaled down to the point where you could actually fit it in a teacup.

Teacup dogs, at their essence, are freaks.

How Is a Teacup Dog Bred?

Because so-called teacup dogs are in such high demand right now, there is a huge incentive for unscrupulous breeders to do horrible things in order to ensure abnormally small dogs. This could take the form of in-breeding in an effort to create “runts” or breeding two existing runts together. When that is done, the mother dog is so tiny that she can usually only deliver a couple of puppies – then, the owner breeds again and again, exhausting the mother, in an attempt to maximize their profits. Another technique that bad breeders use to produce tiny dogs is to starve the puppies.

Because there is such a demand for teacup dogs, even a couple of puppies can sell for thousands of dollars, so breeding these dogs is very, very lucrative.

Another thing that breeders will do to make money from supposed teacup dogs is to sell a puppy at, say, four weeks (which means that it is not fully weaned) and claim that it is eight weeks old. If the puppy lives, you will not end up with something that is “teacup” size. You will get a stunted dog of a small breed, and one that is likely to develop serious health problems.

A reputable breeder of small dogs will not sell you a “teacup” dog. Unfortunately, what this means is that people who are determined to own these abnormally small animals are easy prey for breeders who have no scruples.

Virtually every breed of dog is prone to one type of health problem or another, but with teacups, they not only have a vulnerability to all the issues common in the breed, they also have many, many health problems related to their size. They are often hypoglycemic (meaning that they suffer from low blood sugar), and require feeding several times a day. Hypoglycemia can lead to seizures, and can even be fatal. Other common problems include respiratory issues, heart defects, hydrocephalus (water on the brain) and liver disorders. Simply stated, owning a teacup dog means that you had better have your vet on speed dial, because your pet is very likely to be chronically ill.

The other issue with teacups is that they are very, very breakable. I’m not joking. Even “ordinary” small breeds can get under your feet, or end up beneath you in bed, or be vulnerable to rough play or even outright attacks from larger animals. With teacups, it’s just that much worse. When you’re dealing with a dog that is probably going to weigh four pounds tops, you have to be constantly alert to the possibility of injury.

Get a Real Dog

This ridiculous “teacup” trend can’t pass quickly enough. It’s unfair to the animals that are being bred, and also unfair to people who buy them. If you want a small dog, that’s great. But get one that’s naturally small, not one that has been badly bred to an unnatural size. And once you’ve chosen a naturally small breed, feed it in such a way that it gets to be the size that it was meant to be. There are a number of great dog foods specially formulated for little dogs. One is Nutro Wholesome Essentials Small Breed Dry Dog Food. It ordinarily retails for $21.99 for an 8-pound bag. At Amazon, you can get it for $19.79, or $18.80 if you choose the Subscribe and Save option. Either way, it is eligible for Prime Shipping.

If it fits in a teacup, it’s not a recognized breed of dog – it’s been badly bred, and the health problems will give you a world of grief. Walk away.