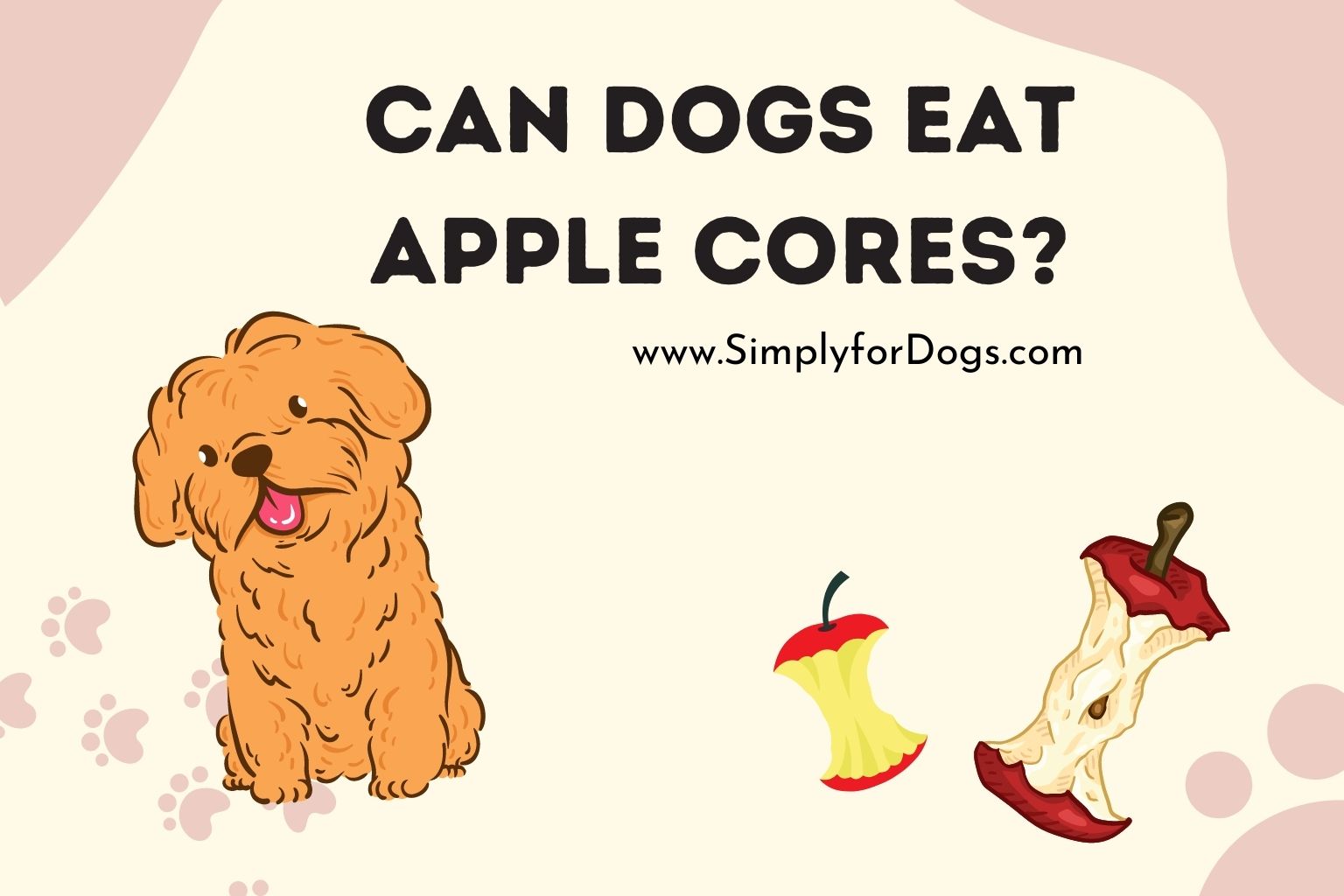 Dogs are all-devouring. Whether meat or fruit, they can eat anything. These innocent souls ask for everything their human friends eat. Dog owners being kind-hearted, let their dogs eat whatever they ask for. They don’t even give a second thought to the pain and trauma that the dog may suffer after eating human foods.

When it comes to feeding your furry friend, you need to be thoughtful of what you are adding to his diet. When adding new food to his regular menu, start with a small amount so that you can know if this food is beneficial for him or not.

Apple is a Healthy Treat

Apple is a healthy snack and beneficial for the health of dogs. This fruit is rich in vitamin c and fiber, hence improving many functions of the dog’s system. For example, it lowers the risk of heart diseases, boosts immune function, controls blood pressure, prevents iron deficiency, and protects the brain and memory. In addition, it makes the digestive system of dogs healthier by preventing digestive blockage and helps retain Calcium in bones. As a result, the dogs’ bones become stronger, and bone density is increased.

Dogs eat apples that contain pectin, a polysaccharide found in apples that perform the prebiotic role, promoting the growth of beneficial gut bacteria.

Is it Safe to Give Your Dog Apple Cores?

A short answer to this question is “NO.” However, it’s safe for dogs to eat apples, but it is not the same with apple cores. The core is the central part that humans often throw away. There is no issue with the apple core, but it contains seeds and has a small stalk attached at one end, making it unsuitable for dogs to eat.

Apple seeds are not safe. Even a meager quantity proves to be a toxic dose. It’s all because of its composition. Apple seeds contain a compound called amygdalin. When ingested, this compound gets converted into hydrogen cyanide by an enzyme present in the intestine of dogs. Cyanide is highly toxic and can prove to be fatal.

According to a report published by National Center for Biotechnology Information, 500 mg of amygdalin contains 30 mg of cyanide. At the same time, the dog’s 2 mg/kg weight is enough cyanide to put him to death. Apples provide Vitamin C as well that augments this conversion.

Moreover, apple seeds need to be chewed for this compound to get converted into cyanide. If your dog has mistakenly ingested the seeds but didn’t completely chew them, there’s no need to worry. If a small quantity of the compound from apple seeds comes in contact with his intestinal enzyme and becomes cyanide, the dog’s liver can take care of it. The liver can degrade the toxic compound, saving your puppy from the possible hazards.

Certain Risks That Dogs are Likely to Suffer

You have to take care of what you are feeding your dog and what your dog is eating by himself. You have to monitor his eating habits. If you fail to do so, your dog might have to suffer.

When eaten in high quantities, apple seeds might raise the cyanide levels in the body resulting in less oxygen utilization, tremors, red mucous membranes, convulsions, and hyperventilation. Even on the appearance of minor symptoms, you need to take your dog immediately to a vet because this poisoning can be fatal enough to take your dog’s life within a few minutes.

Not only apple pips, but you also need to be careful with seeds of other fruits such as apricots, almonds, peaches, plums, cherries, and pears, as they contain the same toxic substance.

Puppies eat apples and seem to enjoy them, but their owners are responsible for keeping an eye on them and ensuring they don’t get choked on apple cores. Of course, following their masters, they might want to eat the whole apple along with the apple core but instead of letting them do something stupid that you might regret later, keep a check on them so that the apple core might not obstruct the throat.

Make it easy for your canine companion and cut him some apple slices instead of feeding him a whole apple treat.

Risks like choking hazards and cyanide poisoning are possible after dogs eat apples, as mentioned earlier. Still, there is the possibility of your dog already suffering from some disease you aren’t aware of. The dog may appear perfectly fine to you, but in such a case, even a little harm to your dog can prove to be serious and even life-threatening.

The liver is the central house of metabolism and the major clearinghouse of the body. Its main function is to remove any toxins present in the body. So it’s really fine if your dog has eaten some of the apple seeds, his liver will start doing its job if any toxic substances appear in his body.

The problem arises when his liver is not doing the job properly, as in the case of many diseases. As a result, even small amounts of toxic substances will be difficult to remove now.

Many dogs and puppies may develop apple allergies. These can be of two types:

Intolerance is when your dog is unable to digest apples. Symptoms of intolerance can be upset stomach, diarrhea, and vomiting, etc.

Anaphylaxis is an allergic reaction involving the immune system. It causes hypersensitivity and shock in the dogs, which may result in itching, skin rash, and in severe cases, it causes shock, trouble breathing, and seizures. If not treated immediately, it can even cause the death of the dog.

So, whenever you feed your dog with new foods, fruits, or vegetables, always start with small doses and keep check of any allergies as it might be the case.

How Many Apples are Safe for Dog’s Diet?

They say, “An apple a day keeps the vet away” from your dog.

Although apples are a low-calorie treat, you cannot feed your dog too many of these. A single apple of a small size is enough for him in a day. However, a large apple has almost 20 grams of sugar, so it is too much for your dog.

Pros and Cons of Other Apple Treats

The flesh of the fruit is healthy, making apples good for a balanced and wholesome diet. But let’s see if other eatables made from apples are healthy as well.

Apple chips are made by dehydrating the apples. Though they are better than the apple core as they don’t pose any choking hazard, still the fresh apple slices are the best way to feed apples to your dog.

Apple juice is not safe for dogs. This is because it contains sugar in high quantities. The added sugar can become the cause of diabetes and obesity in dogs if they are given a low dose of it daily.

A small amount of the juice won’t harm dogs if given once in a blue moon.

Apple sauce is safe for the dog only if you let him eat the one with low sugar content. Too much sugar can damage a dog’s teeth as well.

Don’t Medicate the Dog on Your Own

If you notice some changes like difficulty in breathing or vomiting etc., after your allergic dog eats an apple, don’t try to medicate him on your own. Of course, you can take care of the food your dog eats; for example, you can confirm the food ingredients before feeding it to him, but allergies like anaphylaxis are something you can’t handle or medicate.

In case of any emergency, call the local veterinarian. Whether he chokes on the core when you feed your dog apples or show any allergy signs, avoid self remedies and medications. Only a vet can get the best understanding of the problem.

No matter if your pups are Great Danes,  Papillons, or Pugs, you can feed them apples freely unless they have any allergies to the fruit. Just don’t let the dogs eat seeds or cores.